A geode is a seemingly ordinary rock on the outside with a dazzling secret hidden within. You’d never guess by looking at its unremarkable exterior that if you were to just crack it open, you’d find a slew of beautiful glittering gemstones. It’s only fitting, then, that ADHOC Architects chose “La Géode” as the name of their latest project on Montreal’s Rue de la Roche, a multi-family residential building with a tough gray facade and a geometric entryway that hints at what you’ll find inside. 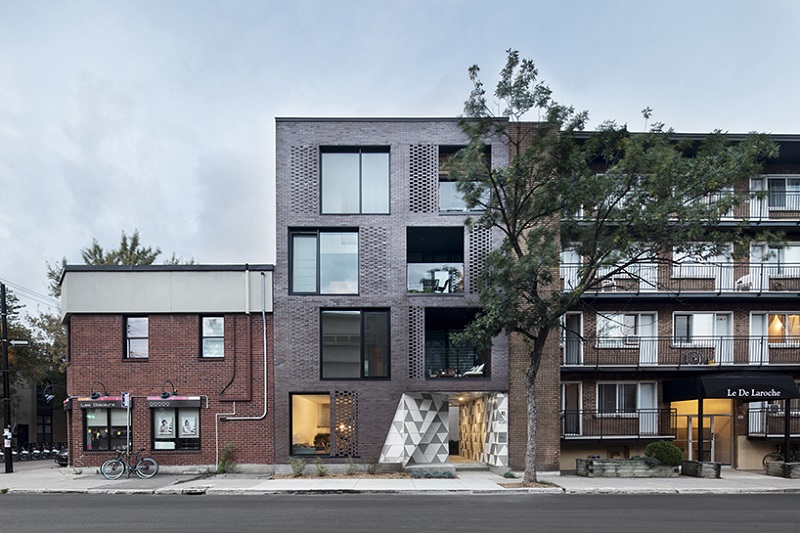 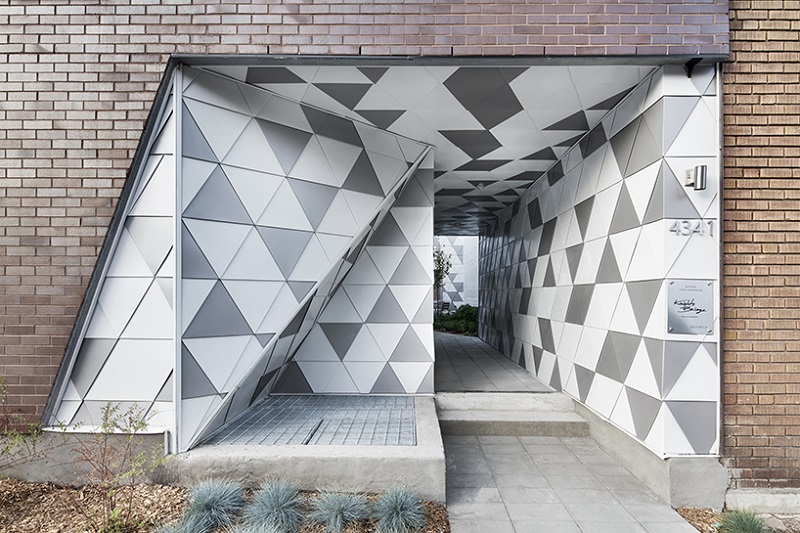 Located in the revitalized Plateau Mont-Royal neighborhood, which is popular among young families and single professionals alike, La Géode slots into the existing urban landscape without overwhelming its surroundings. The subdued brick helps it blend into a neighboring apartment building on one side and a corner store on the other to avoid changing the architectural character of the community. The architects wanted to work with the concept of “soft densification,” which entails keeping families in major cities during periods of significant growth.

Walk through that geometric corridor, and you’ll not only find that the building’s general aesthetic transforms into something softer and brighter, but you’ll also discover a hidden void that functions as a private, protected courtyard for residents to enjoy. Full of lush greenery, this courtyard feels organic and alive, and it provides a healthy place for children to play in amidst the surrounding urban sprawl. The element of surprise and the feeling of having discovered something unexpected make this space all the more beautiful. 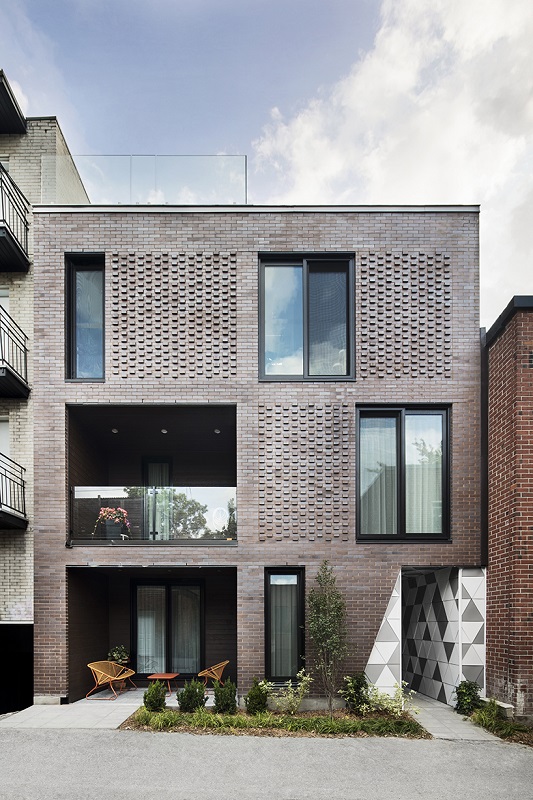 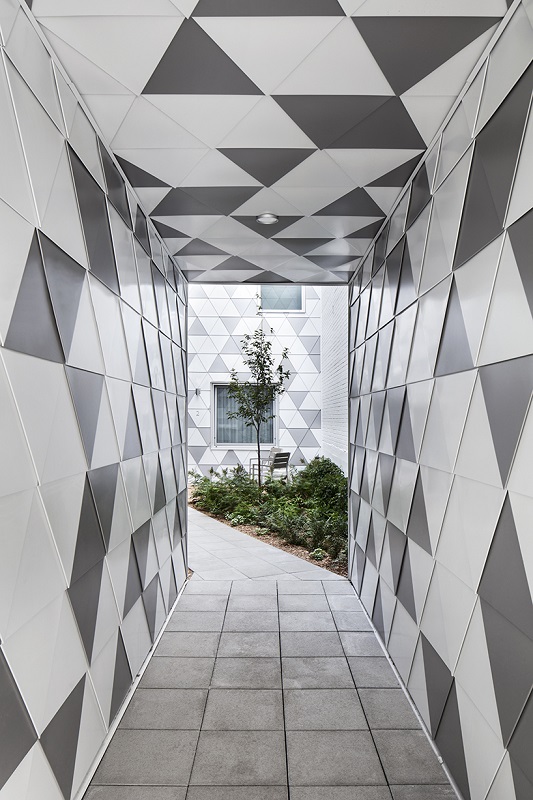 ADHOC incorporated an existing alley into the design to make room for the courtyard without having to sacrifice any space inside the building’s five residential units. Without it, these apartments could easily feel dark and isolated, and they’d only receive natural light from the windows overlooking the heavily trafficked streets below. Not only does the courtyard flood these living spaces with daylight while preserving privacy and offering more serene views, but it also eliminates the need for dim interior hallways.

“A narrative spin has nourished the inspiration of the project while supporting the architectural concept that valued an open central heart and a peripheral organization. This concept is inspired by the geode; a hollowed mineral mass whose interior is covered by crystals.” 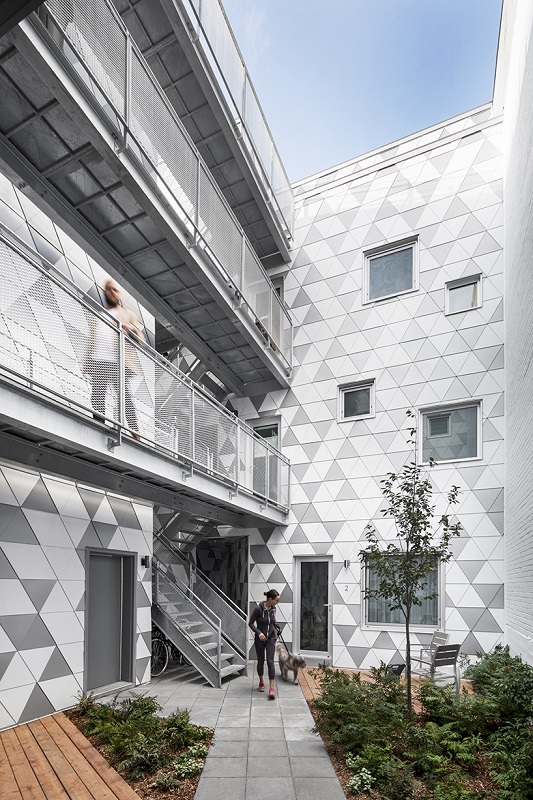 “The geode, under an austere and protective external appearance, conceals a true crystalline treasure. It reveals a natural form of staging that stimulates inspiration around the notion of contrast. This concept is exploited through the project at different levels. The exterior of the building is very sober, characterized by a modest materiality.”

“The headers in the brick layer and the openwork masonry in front of the windows and loggias reflect the mineral roughness and protective aspect of the geode. The inner courtyard reflects its crystalline and blazing materiality. The courtyard then became an urban oasis for the inhabitants who can share and talk together, developing a strong social sense of belonging.” 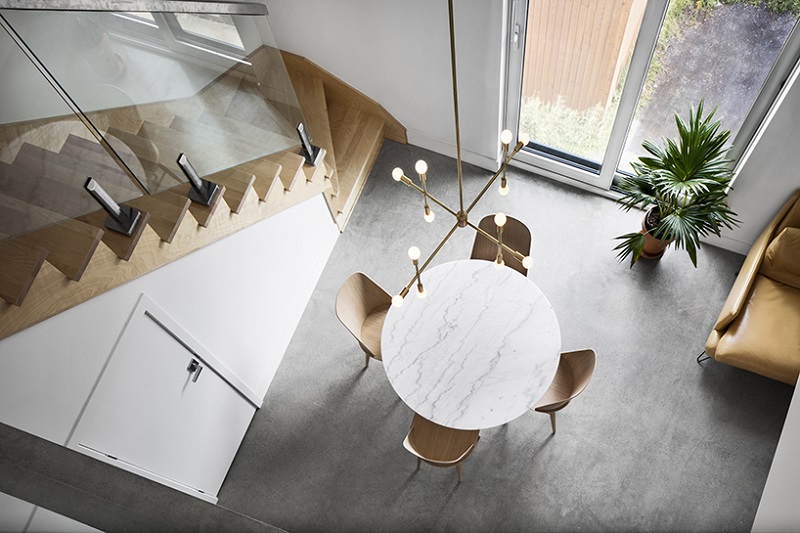 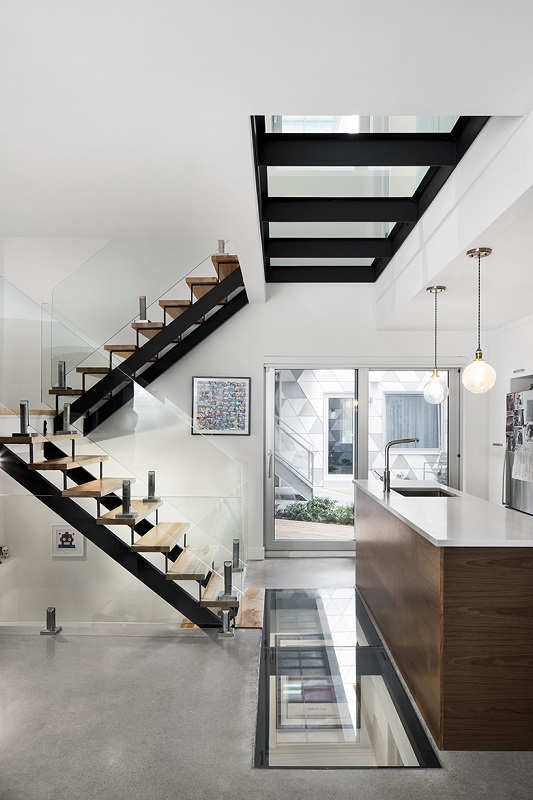 La Géode is expected to become the first multi-unit building to achieve LEED v4 certification in Canada thanks to low impact building strategies, energy efficiency, and the use of sustainable materials. Of course, this standardized measure of sustainability in architecture is performance-based and calls for measurable results throughout a building’s life cycle.