The power of architectural photography to influence perceptions is often stronger than the ability of architecture itself to make an impression. Most people experience great works of architecture through photography before seeing them in person, and that’s only if they’re fortunate enough to ever do so. Whether it’s an architect selling a proposal, a developer pushing a piece of real estate, or a politician advocating for a district-transforming urban vision before the city council, anyone who has a vested interest in the established narrative of a project weaponizes architectural photography.

A photographic exhibit at this year’s Chicago Architecture Biennial, entitled “A Love of the World,” looks at how architectural photography can be used to tell a project’s story. Curated by Jesús Vassallo, the exhibit features the work of James Welling, David Schalliol, Luisa Lambri, Marianne Mueller, and many others.

James Welling’s use of multi-film exposure techniques creates colorful, 1960s-style photographs of Mies van der Rohe’s typically neutral buildings, placing these already famous structures in a strange new light. Anyone who’s familiar with Mies’ buildings knows that many of them have become icons of the modern movement. Welling adds flashy textures to staid photographs, forcing your attention on them. It’s almost like watching Babe Ruth hit a home-run in color. 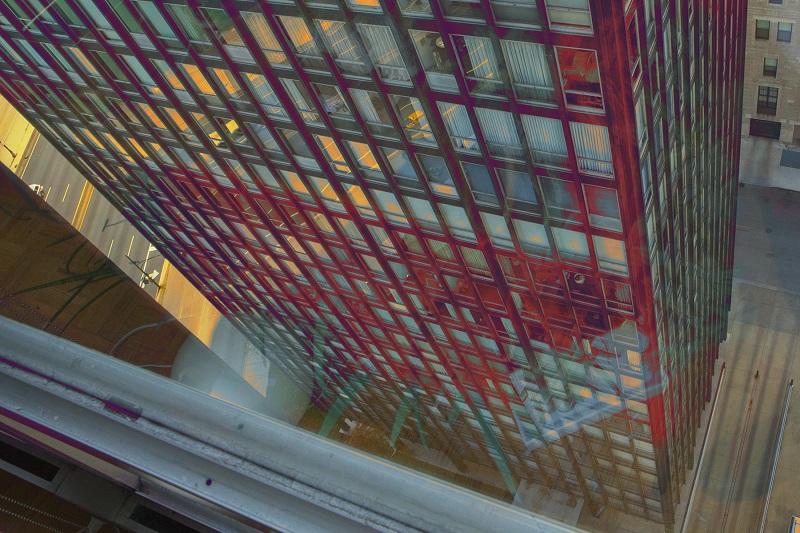 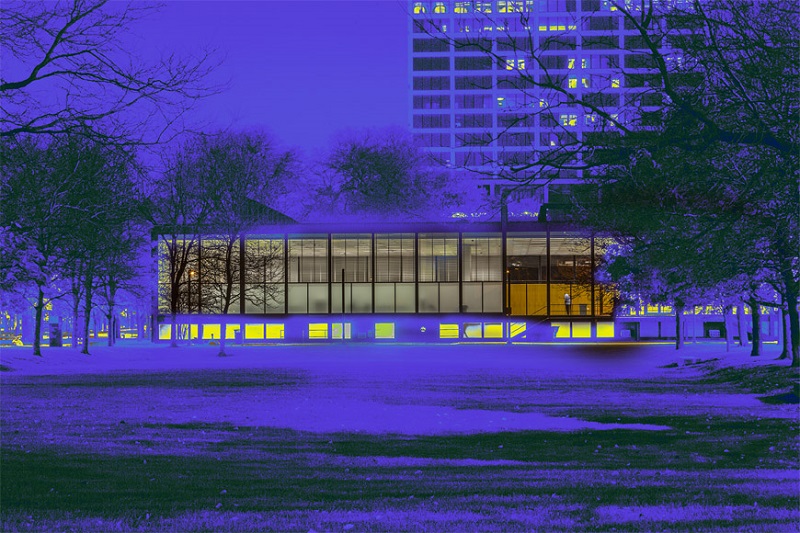 Marianne Mueller used the biennale’s venue, the Chicago Cultural Center, as a subject to show attendees parts of the building that they would normally never look at when admiring the exhibit itself. Typically, curators place the focus on the work being exhibited, not on parts of the event space. 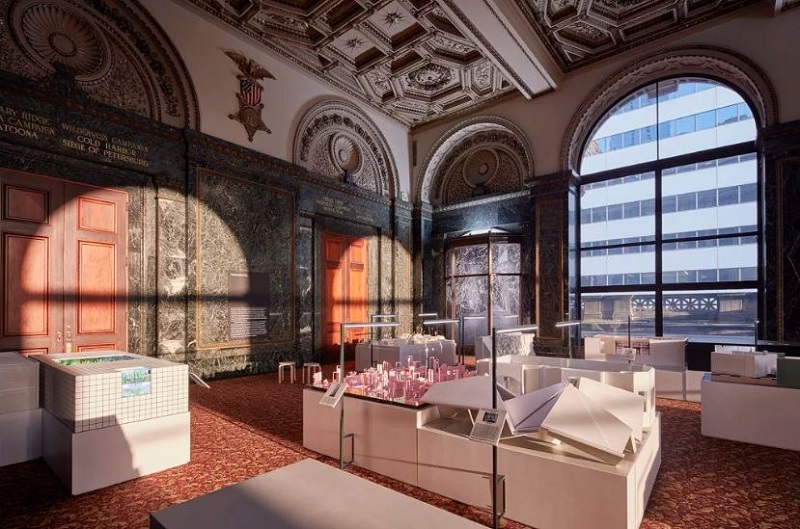 The subversion of the established narrative is most obvious in the work of photographer and sociologist David Schalliol.

In the early 2000s, when the Chicago Housing Authority (CHA) received more than a billion dollars in federal funding to demolish and reconstruct that city’s public housing, Schalliol was there to document the process in photographs. To this day, the CHA’s established plan is to turn low-income areas into mixed-income neighborhoods. This massive shift is most evident in the demolition of large-scale projects in residential areas, which ultimately results in a decreased sense of community as people wait their turn to be evicted from their homes. As of this year, only 16,846 households, or 7.81 percent of the CHA’s units, are located in mixed-income neighborhoods. That means a lot of other people are still watching their communities crumble around them.

Schalliol’s photographs are a symbol of the spatial and emotional tumult experienced by the residents. However, when one watches the video produced back in 2010 by the CHA about the progress of the plan, the sense of disruption and degradation is not as glaring as it is in these photos. In the city’s eyes, the change is for the better, but for most public housing residents, it is a forced transformation into the unknown. 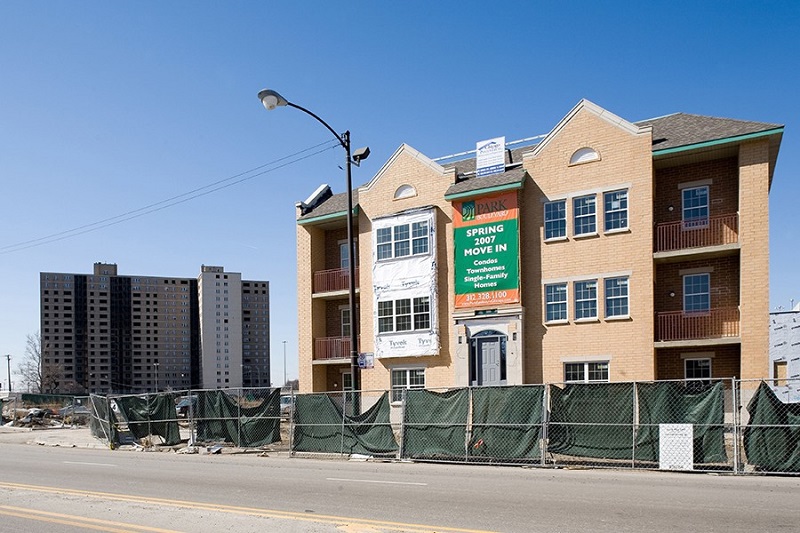 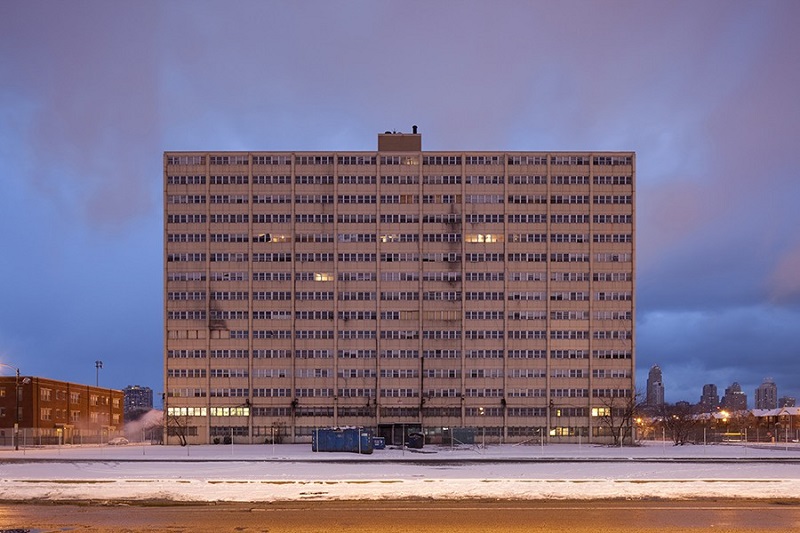 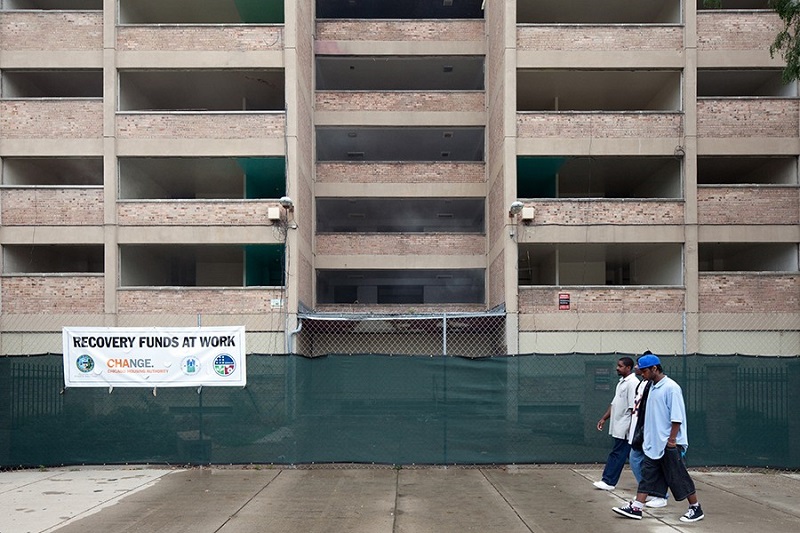 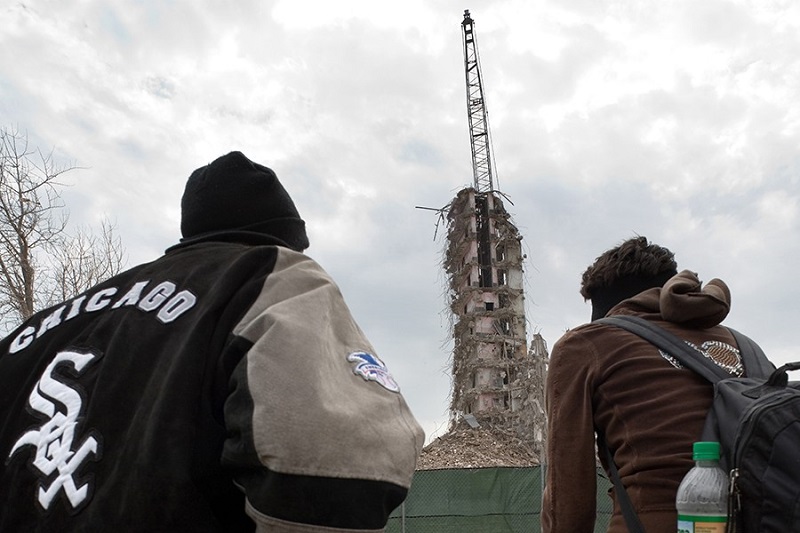 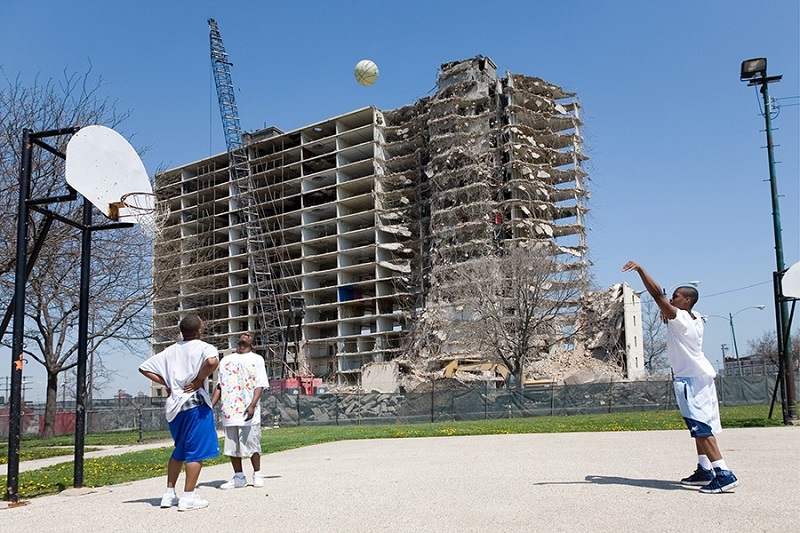 Not all works in “A Love of the World” are part of a counter-narrative. Some, like Luisa Lambri’s photos of Mies’ “Farnsworth House,” simply juxtapose the austere interiors with the chromatic changing of the leaves outside. 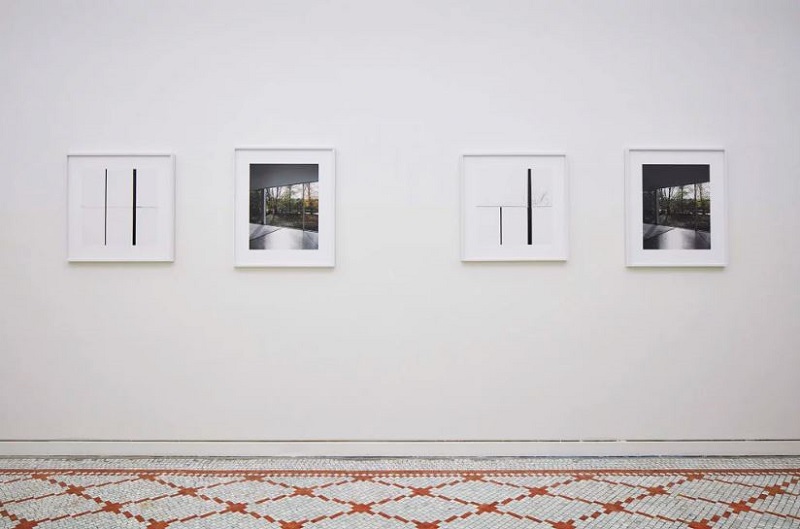 Still, architectural photography can be used as an alternative to, or a protest against, an established narrative, and it can add in the realism that has been glossed over.