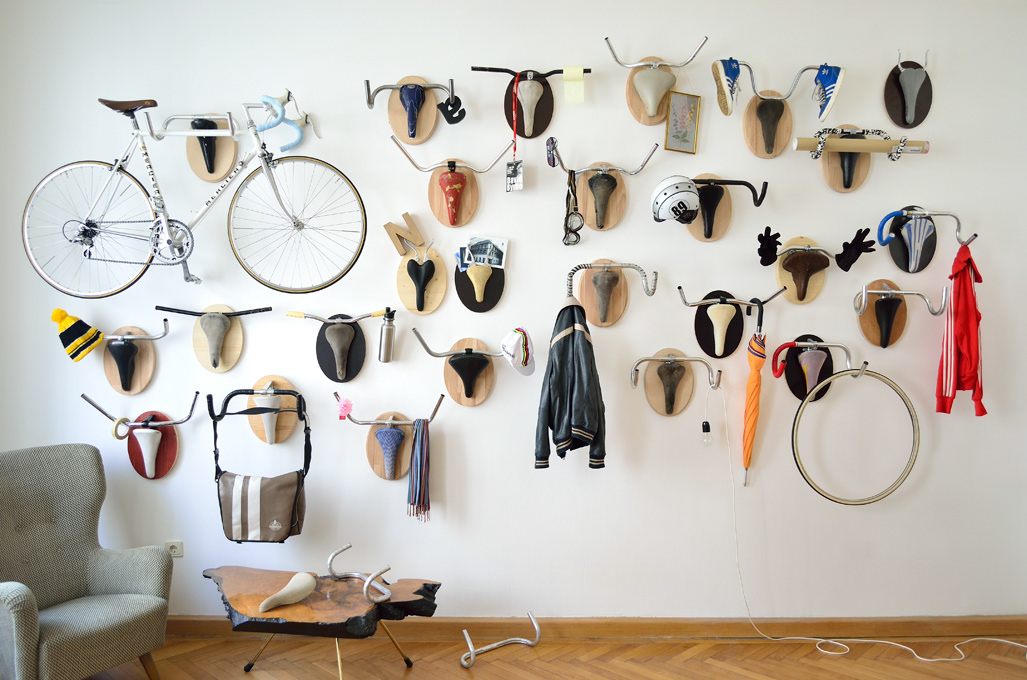 Displaying trophies of taxidermied animal heads on your wall is passé – and pretty gross. Designer Andreas Scheiger has completely transformed the idea of wall trophies with his series of functional bike part wall hangings. Using old bike saddles and handlebars, he creates a fun but useful piece of art that bears a striking resemblance (shape-wise, anyway) to the far less friendly traditional wall trophy. 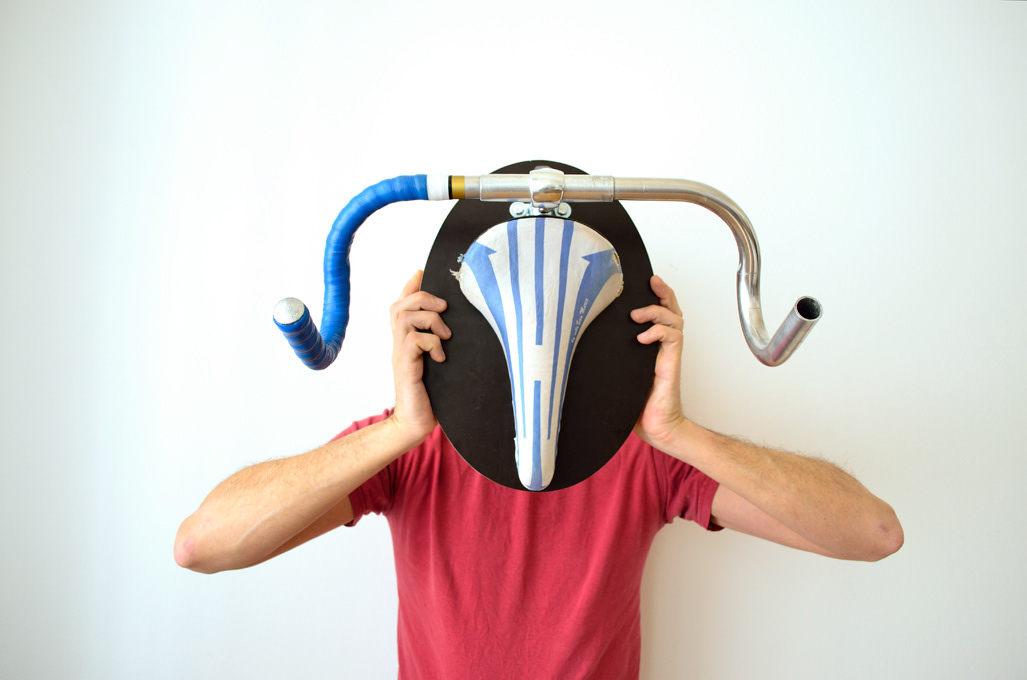 Each faux taxidermy “head” consists of a bike seat with handlebars mounted just above that, both on a wooden plaque. No two are alike as the designer uses found parts to make each trophy unique. From parts that look almost new with their funky colors and patterns to the grizzled, falling-apart, well-loved pieces, each wall art item easily reflects the personality of its owner. 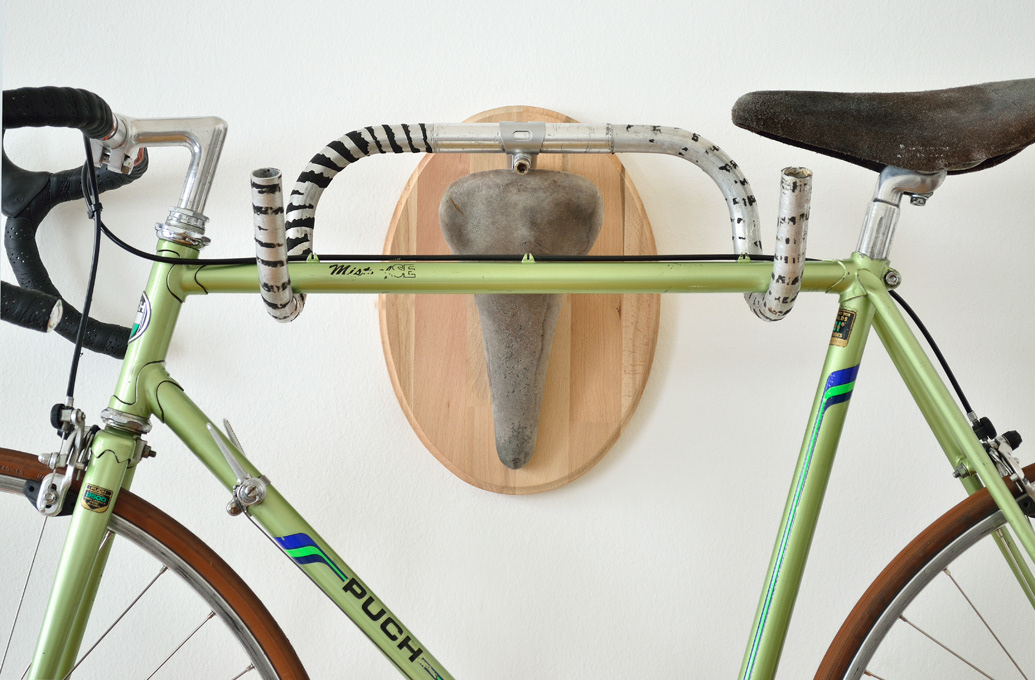 The series, called Upcycle Fetish, also has a practical purpose as hanging storage. The handlebars on each piece hold everything from bikes to hats to umbrellas – whatever you need to keep up and off of the ground. Seeing the “trophies” in use makes them even more appealing since they are not only cruelty-free, but upcycled and useful. It makes for the perfect combination and a rather rad line of products.

“Drawing and painting, handicraft working and sculpting always has been his passion. Already in his early years his teachers asked him to illustrate the school´s newspaper. Later he was the leading illustrator of Austria´s biggest students´magazine, which in turn led to various assignments. Andreas Scheiger cultivated his technical skills when he worked as a graphic designer and later as an art director in advertising. Inspired by pop art, bauhaus and modernism and the inherent idea of combining graphic design with free art, he passionately experiments with materials and styles. In all his works he aspires to create a visual impact by simplifying a complex concept.”

“Andreas Scheiger´s primary works celebrate the craft of etching, engraving and letter design with a nod to both science and the graphic design of the Victorian era. The work of his “Graphic Laboratory” is surreal and yet steeped in craftmanship, rendered with the same care Victorian scientists once lavished on their instruments and instrument boxes. His ongoing project “Evolution of Type” is inspired by The Alphabet and Elements of Lettering, a book by the pioneering and vastly prolific American type designer Frederic W. Goudy. Goudy laid great stress on the revolutionary impact of the alphabetic system of writing. He believed that letters were themselves a record of man’s history and development, and that each possessed an essential and organic form. Inspired by these ideas, Andreas Scheiger has created typographic sculptures and instructional posters: letters preserved in amber like prehistoric insects, suspended in specimen tanks like budding embryos, or with their casings incised and retracted. Andreas Scheiger interpretes letters as organisms and typefaces as species, all classified similar to biological taxonomy. Each letter displays the anatomical features and evolutionary characteristics shared by so many living creatures.”