Much is made of celebrities who try their hand at the restaurant, bar, or nightclub business. Sometimes they’re hits, and sometimes they’re total misses, but real success takes more than just a big celebrity name. It also takes a stellar design team and people with past success in those businesses to really make a venue take off. 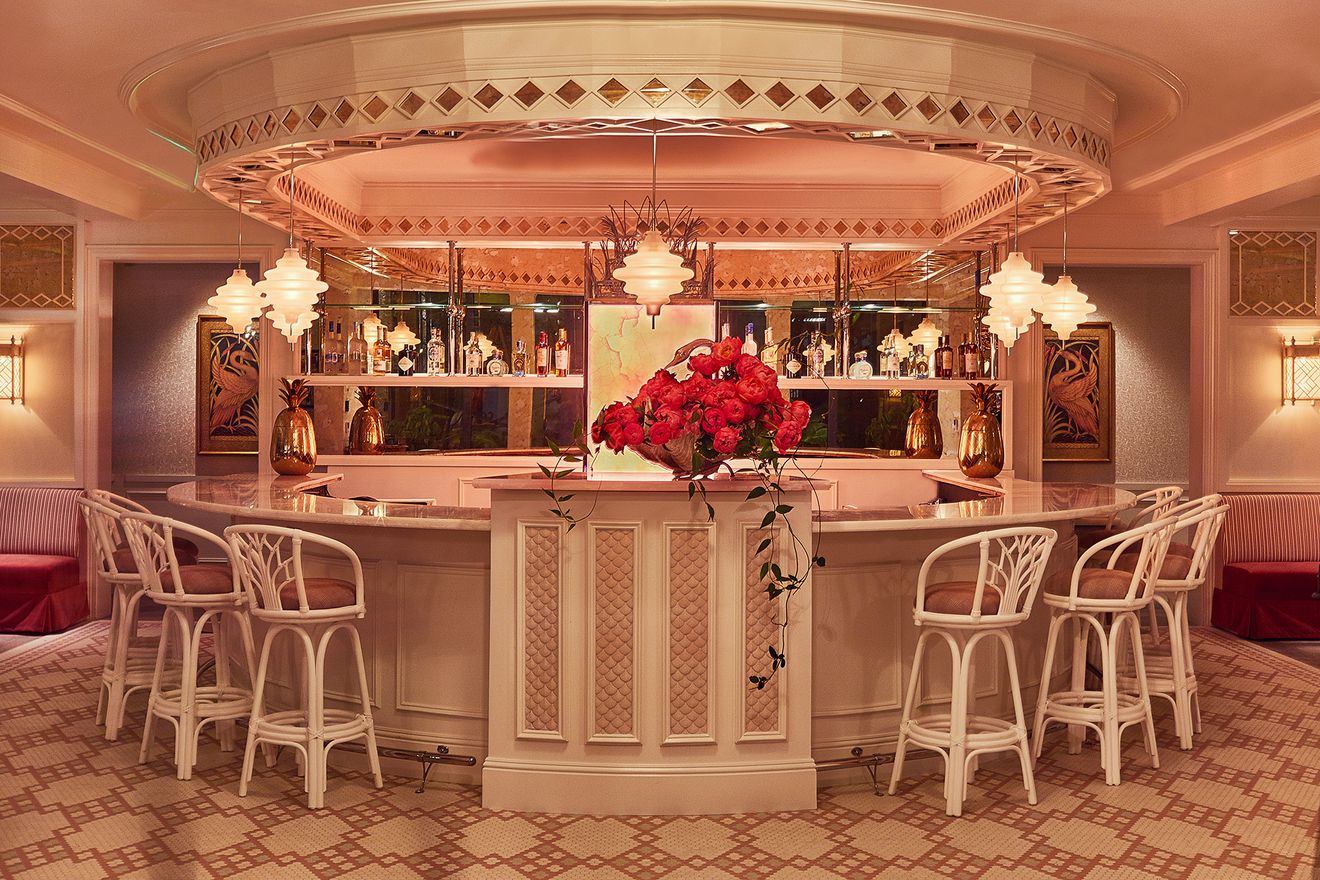 That’s why we think Pharrell Williams’ first foray into the world of drinks and dining is sure to make waves, especially considering the fact that San Francisco trendsetter Ken Fulk, French celebrity chef Jean Imbert, and hospitality wunderkind David Grutman are all involved. Welcome to Swan and Bar Bevy: the newest hip offering to grace Miami’s Design District.

The project is mainly the brainchild of Fulk, who’s done a great job of channeling old-school Miami into both the overall concept and the subtle intricacies of this 250-seater restaurant and tropically-themed bar. The result is a blend of classic Floridian design and contemporary sophistication. Yes, this restaurant and bar could not exist anywhere else but Miami — despite the fact that there are hints of inspiration from lots of other places worked into it, making for a truly unique offering. 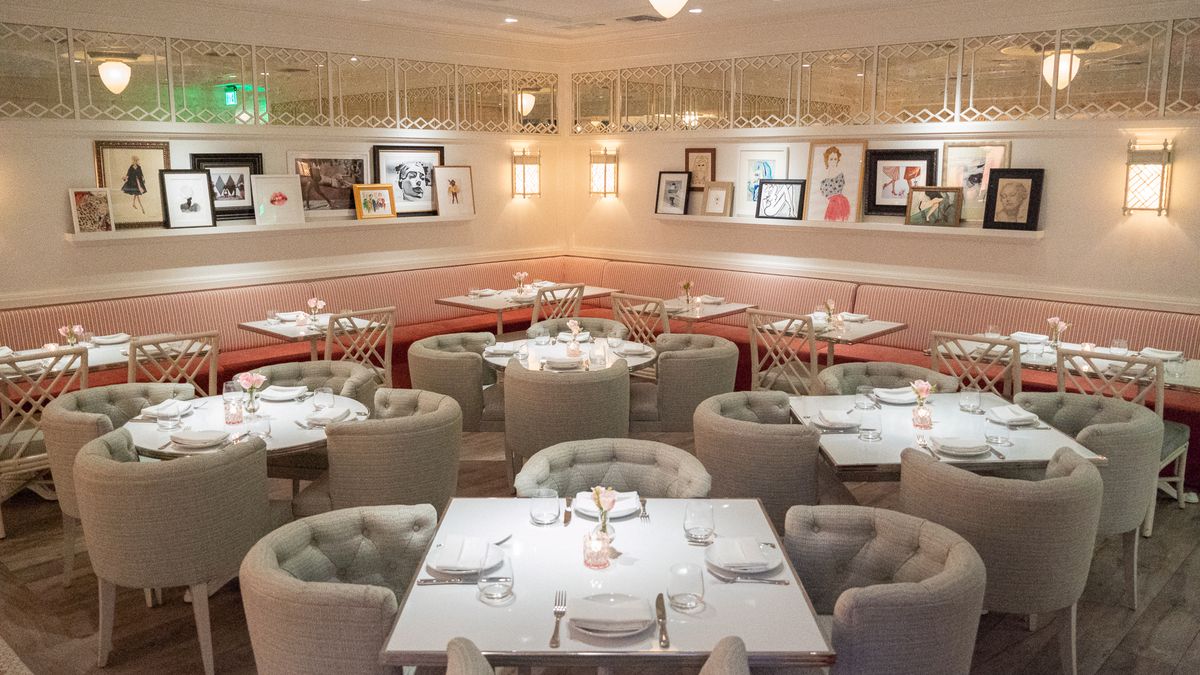 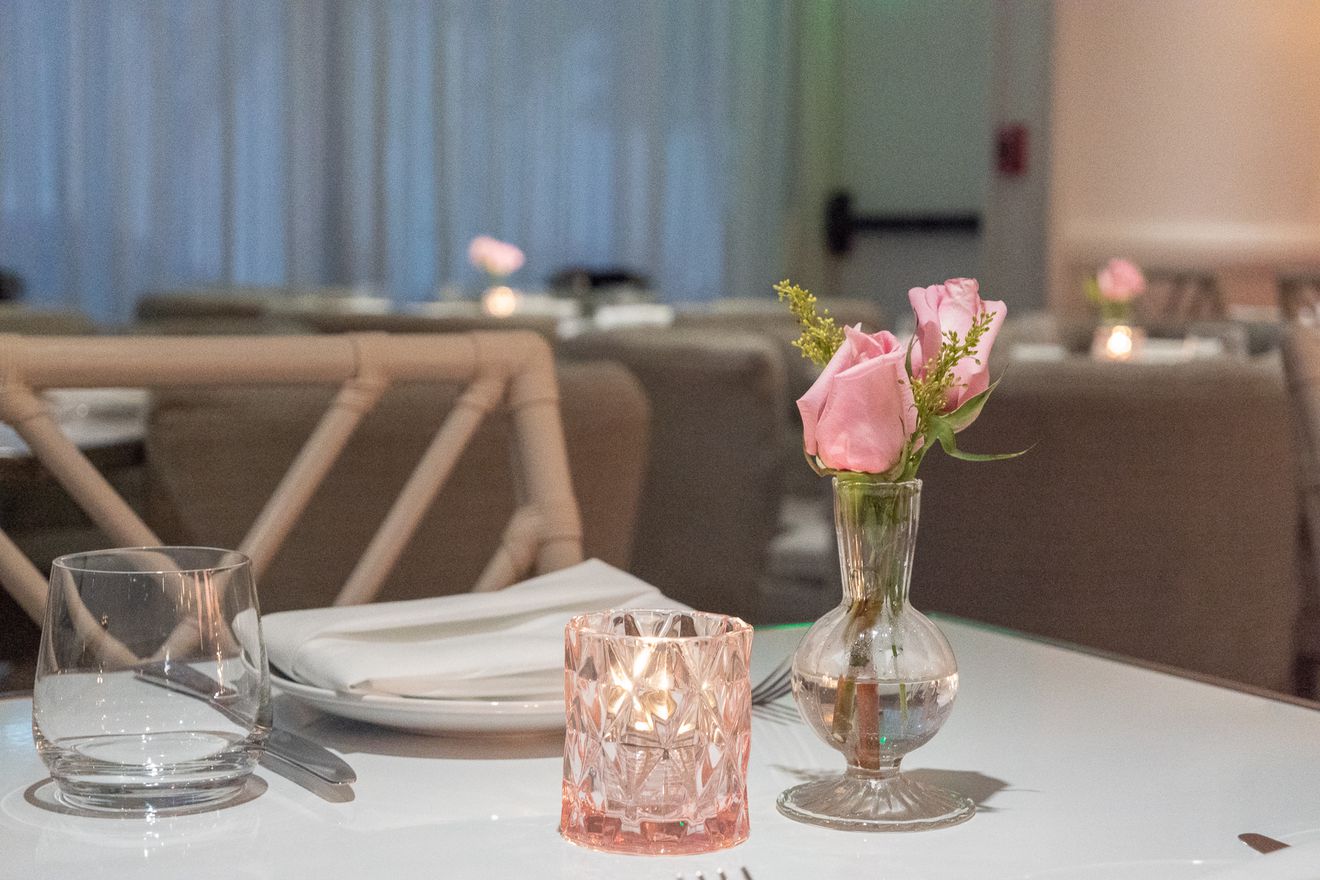 The restaurant’s circular bar is most definitely a highlight here, painted a pastel shade of pink and adorned with diamond shaped mirrors along the rim of its dropped ceiling. This pattern is repeated in both the carpet and the detailing in the bar panels. The materials are at once sumptuous and familiar, with floral throw cushions and wicker-backed chairs reminiscent of your grandmother’s veranda paired with House of Hackney wallpaper to bring it into the modern era. An eclectic collection of artwork permeates the space and seamlessly compliments all the rosy hues within. The effect is one of exaggeration and excess, but it’s so carefully pulled together that it also feels timeless and comfortable. 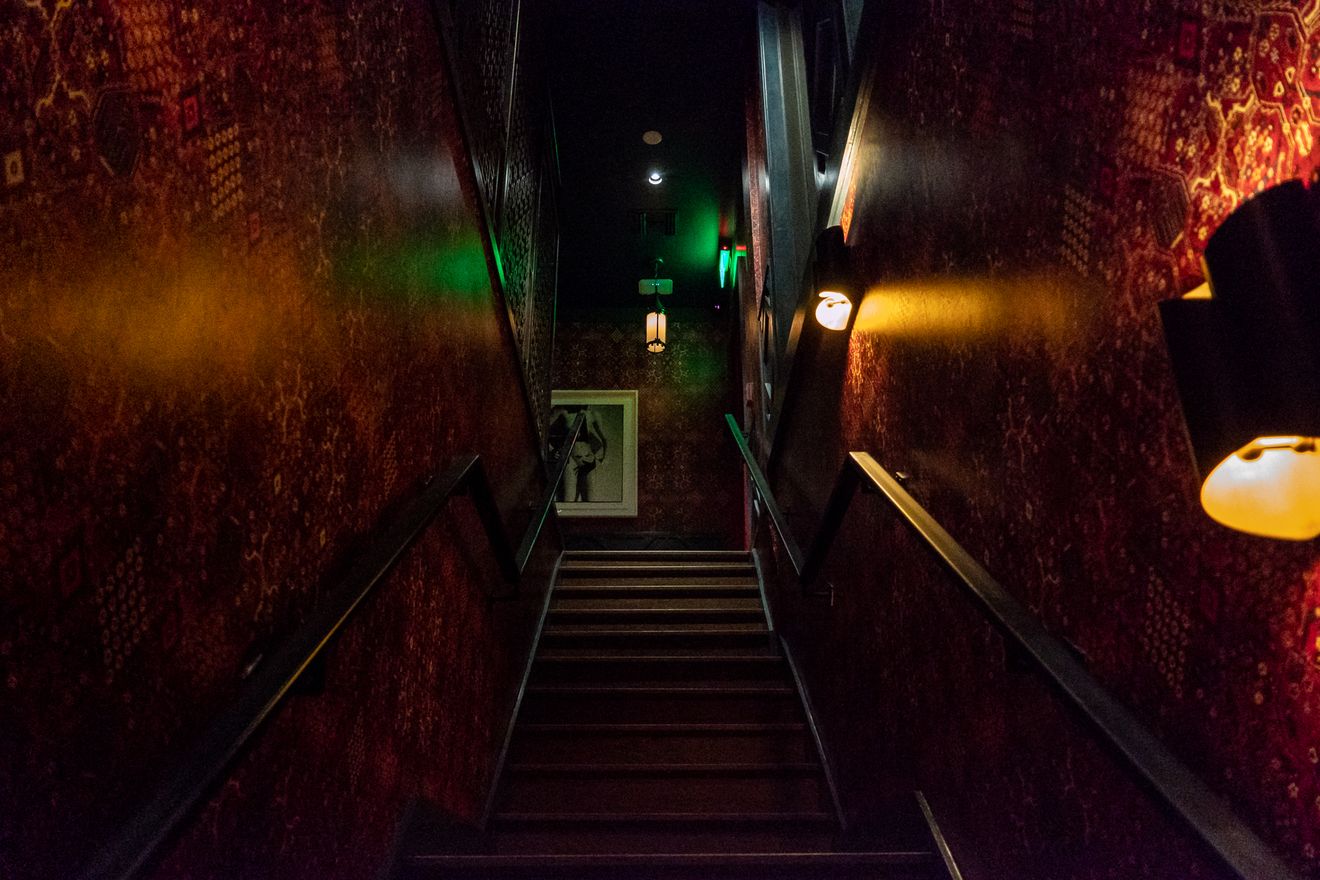 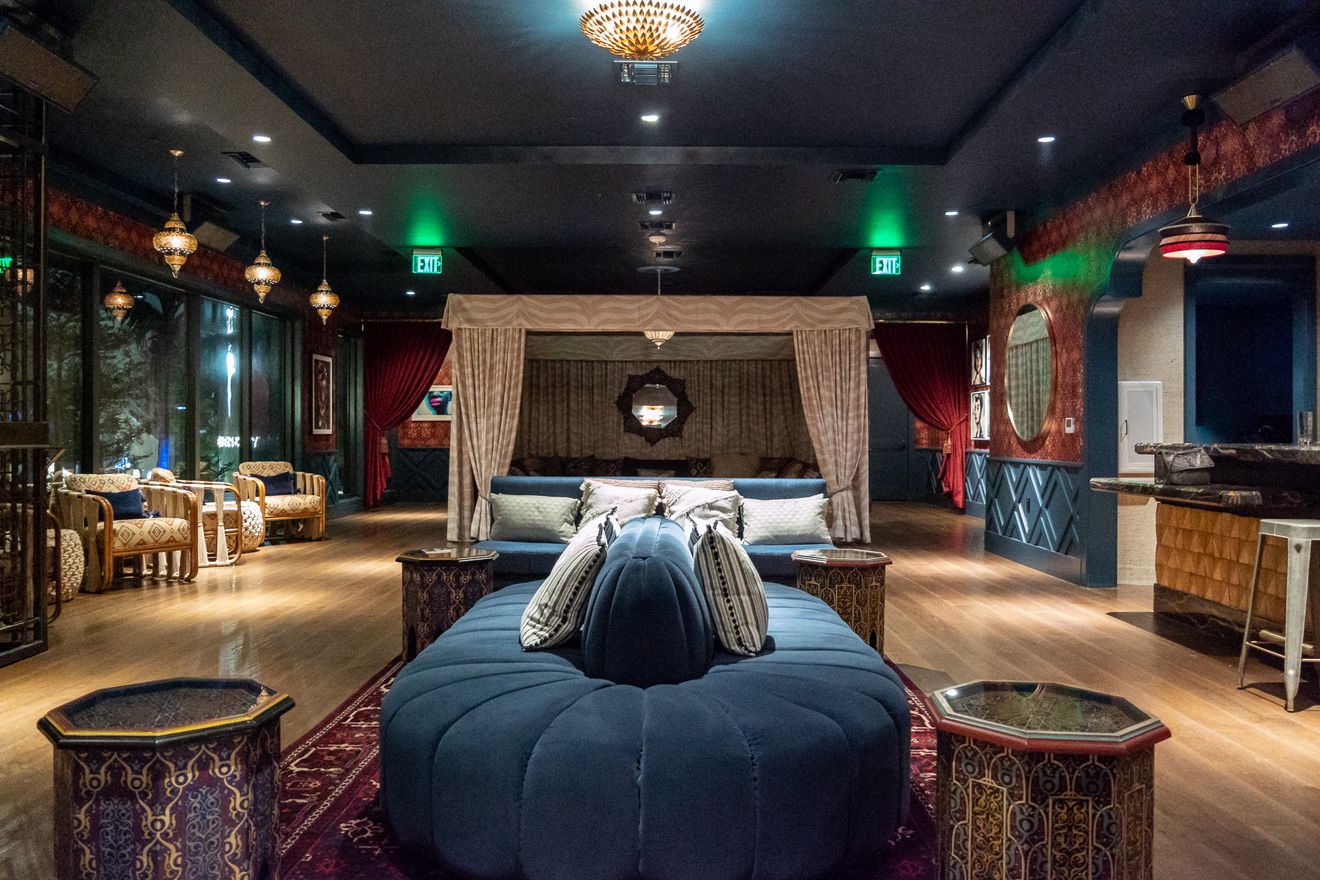 Bar Bevy is a decidedly more sultry offering, consisting of a single darkened room that’s dripping with luxuriously patterned wallpaper, statement oriental rugs, dark wood on the floor and ceilings, and the occasional lantern to illuminate the corners and seating areas. The Art Deco theme still pervades this exotic space, though it very much feels like it’s also tinged with Eastern influences. The bar’s corridors and restroom areas provide some light relief in the form of bright white wooden paneling inset with green leafy patterns. 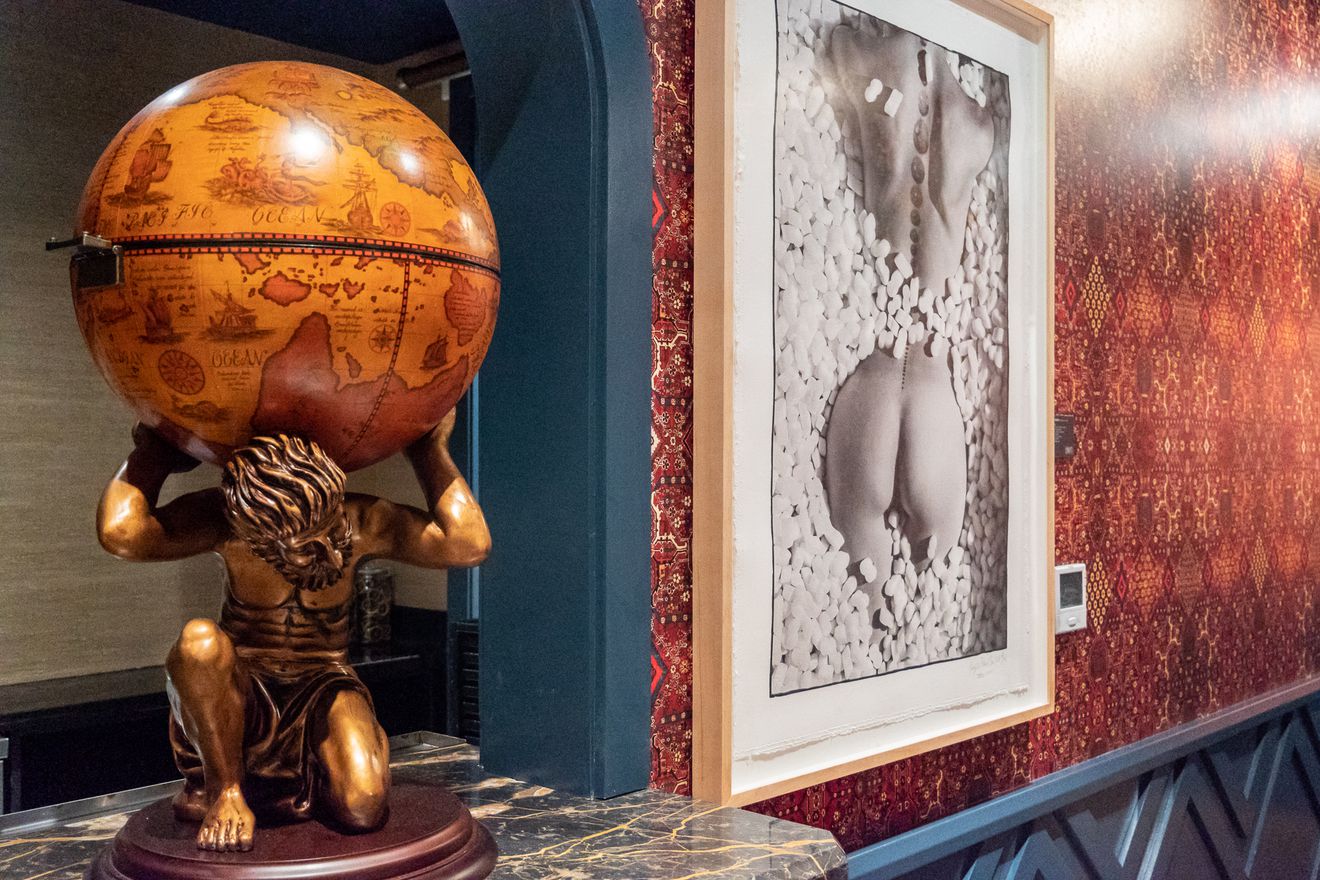 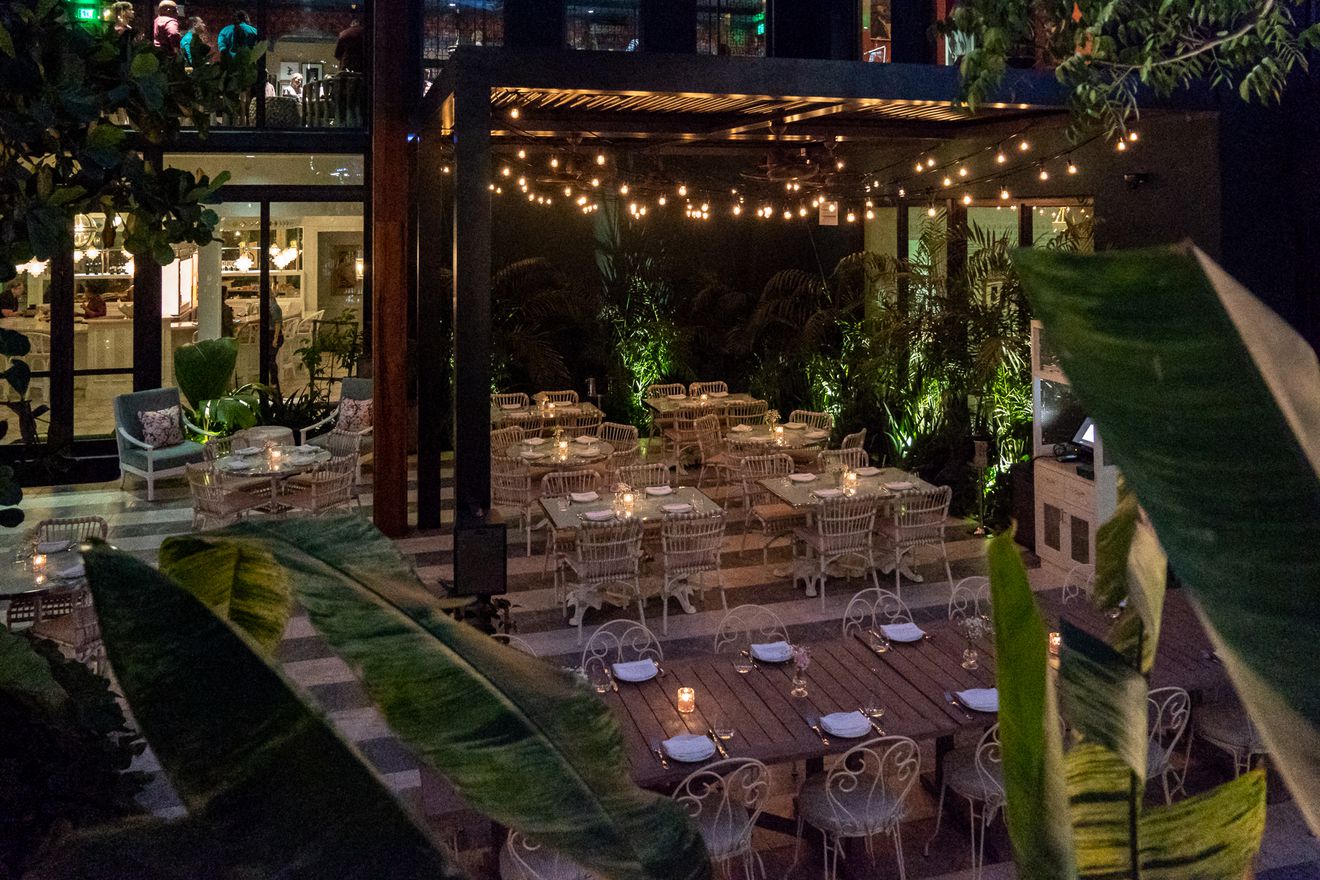 Of course, the biggest draw to Swan and Bar Bevy is Jean Imbert: the French chef who dazzled Pharrell Williams with a private dinner inside a New York apartment some years ago and who is now Williams’ partner in this venture. The menu will feature a list of American-French cuisine thought up by this auteur, of which collaborator David Grutman says: “We’re trying to go simple. We don’t want to overdo it with a million sauces. You’ll notice a little French influence, but it’s not going to be traditional. And you definitely won’t see the same old tuna tataki that’s basically on every menu right now.”