Almost every large city has a story about the pivotal event or set of circumstances that transformed it from a small town into an international icon. For some it was newfound natural resources, while others gained fame from specific industries or proximity to a port or transcontinental railroad. But of all the tales of cities starting to boom, Miami’s is definitely one of the most outrageous. 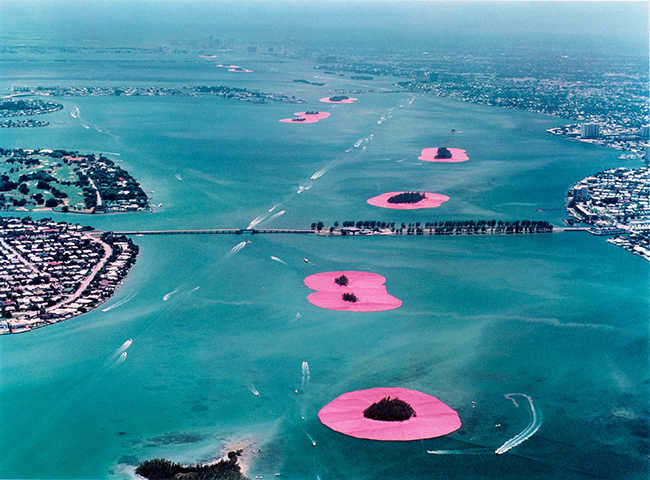 On October 4, 2018, the Pérez Art Museum Miami (PAMM) unveiled Christo and Jeanne-Claude: Surrounded Islands, Biscayne Bay, Greater Miami, Florida, 1980-83: A Documentary Exhibition, celebrating the 35th anniversary of the revolutionary project that many believe first put the city on the map.

PAMM curator Rene Morales explains that the Surrounded Islands exhibition is a “unique time capsule, a look back at Miami when it was on the verge of the cultural awakening that eventually led to Art Basel. Christo also fueled the evolution of South Beach, which was kind of a dicey area in the early 80s. He had his friends and collectors, including sophisticated Europeans, stay in little funky hotels on Ocean Drive. They were all captivated by South Beach.” 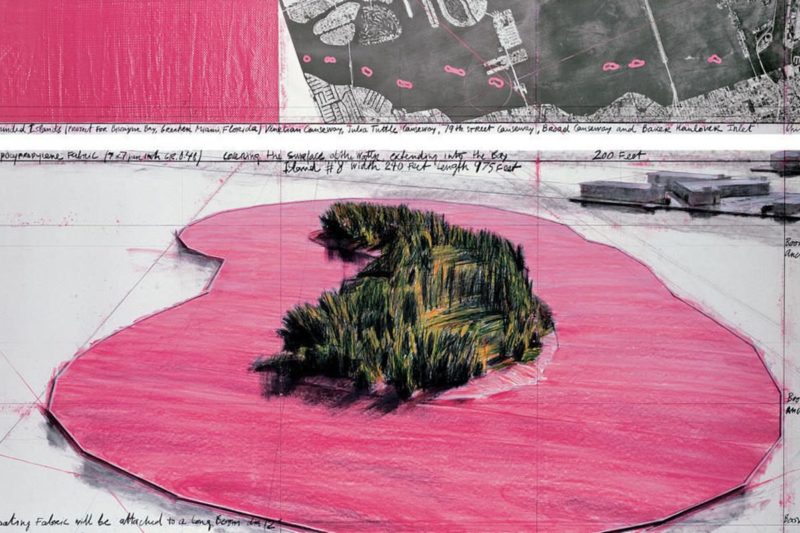 Whether you lived through the actual decade or have just heard stories, you probably know that the 1970s were wild and wacky in a number of ways — especially in the art world. Among the most influential artists of the day were Christo and his wife, Jeanne-Claude. Their art installation off the coast of Miami’s South Beach is one of the most momentous works in recent history and is largely credited with giving rise to Miami’s still-thriving art scene. 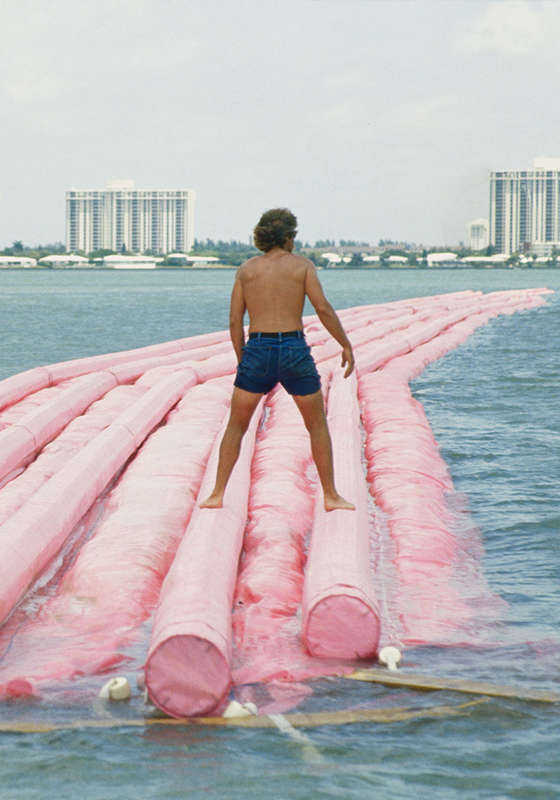 Christo vividly recalls the time when the Surrounded Islands concept was born. He says: “In the 1970s, when we first visited Miami, we were always driving back and forth across the causeways. That’s when the idea came to Jeanne-Claude to surround the lush uninhabited islands we saw in Biscayne Bay with fabric, create a presence that would be visible for miles. We wanted to make something that reflected our vision of this strange American city, perched between the ocean and the dense vegetation of the Everglades. The humid air in Miami can be so thick and hazy, and we decided to use a rich and bright shade of pink, a color that would also reflect the tropics and Latin culture.” 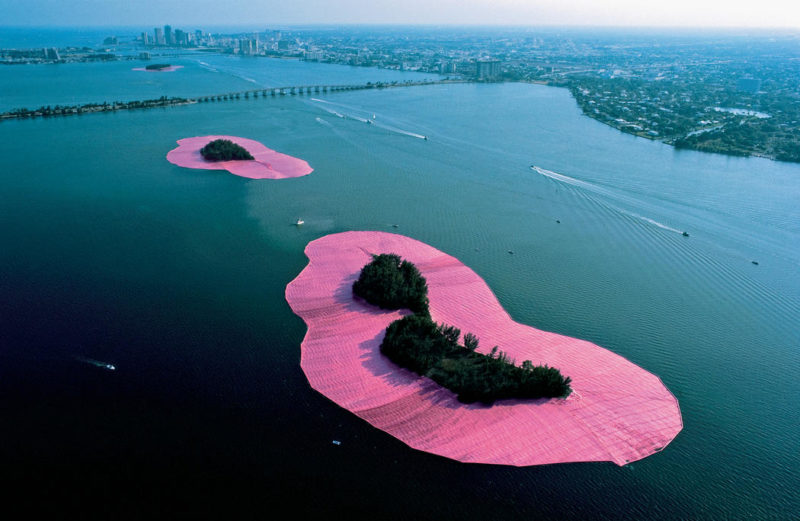 Christo and Jeanne-Claude’s vision was clear from the beginning, but the details were teeming with devils that needed to be conquered. Despite the fact that Christo funds all his projects by selling preliminary drawings and collages of them, money wasn’t a problem. The main hold up was in the red tape he had to maneuver through to obtain approval permits from agencies like the Miami-Dade County Commission and the U.S. Army Corps of Engineers. The nonstop meetings surrounding the project were frequently recorded on film by the Maysles brothers (of Grey Gardens fame) for the documentary Islands, footage from which is currently being shown at the PAMM exhibition.

On May 7, 1983, after three years of hard work, Christo and Jeanne-Claude unveiled their finished project: a seven-mile-long strand of gigantic pink water lilies running from the Venetian Causeway to Broad Causeway. The installation’s 11 total islands are surrounded by 6.5 million square feet of pink polypropylene fabric, with 200 feet of floating fabric protruding out into the water. To this day, the spectacle remains one of Miami’s most popular attractions.