Artificial intelligence (AI) has been creeping more deeply into our lives for decades now. We celebrate innovations in the field one day, fear them the next, and when one falters even minutely, we suddenly wax nostalgic and start chattering about the special human traits we could never replace with machines. In other words, we’re dazed and confused. 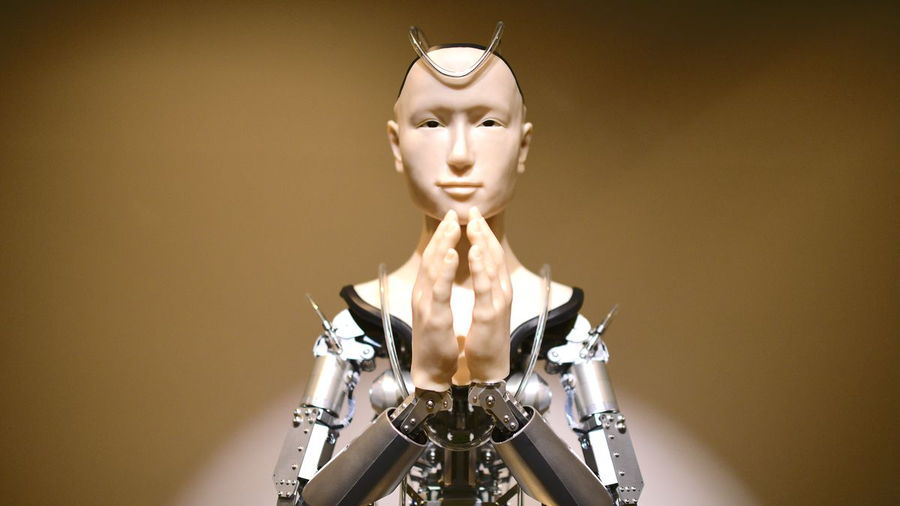 Whatever your feelings about AI might be, the fact is it’s here to stay and will be around long after you’re pushing up daisies. Latest case in point: fully functional robotic priests on the brink of running entirely on AI.

At Kodaiji, a 400-year-old Buddhist temple in Kyoto, Japan, there’s a new priest named Mindar. He does everything his fellow priests do, delivering sermons and interacting with people who come to the temple to worship. But instead of flesh and blood, Mindar’s body made from silicone and aluminum. That’s right, he’s a $1 million robot. He’s not yet powered by AI and only repeats the same sermon about the Heart Sutra, but he does it well. Plans are on the horizon to expand his capabilities so he can counsel worshippers on specific ethical problems and dole out spiritual guidance. 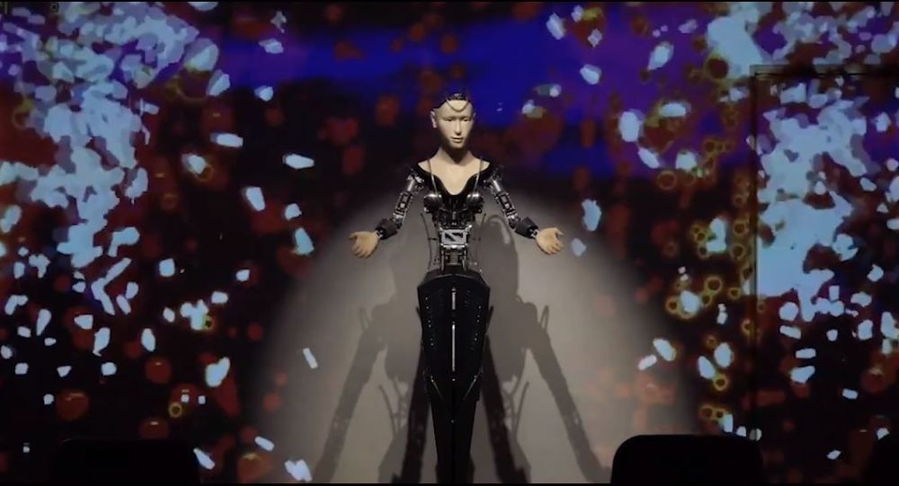 In a country where religious affiliation has been declining for some time now, leaders are desperate to rekindle the passion for faith that once existed everywhere. Tensho Goto, the chief steward of Kodaiji, explains that: “This robot will never die; it will just keep updating itself and evolving. With AI, we hope it will grow in wisdom to help people overcome even the most difficult troubles. It’s changing Buddhism.” He’s certain that one day robots like Mindar will be capable of advising fellow parishioners, blessing believers, and carrying out funeral proceedings.

Not the First Religious Robot

While Mindar is certainly a novel idea in Japan, robotics and AI have actually been part of other religions for several years. In 2017, two different religions incorporated robots into their operations. Germany’s Protestant Church unveiled a robot called BlessU-2 that delivered preprogrammed blessings to more than 10,000 people to celebrate the Protestant Reformation’s 500th anniversary. Similarly, India introduced a robot capable of conducting the Hindu aarti ritual, a ceremony that consists of repeatedly moving a light in circles as a form of tribute to a deity. 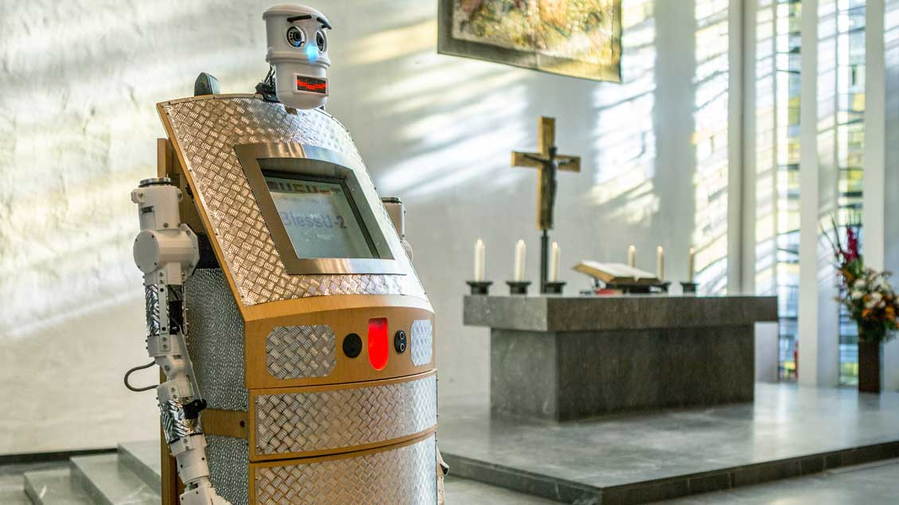 SanTO, short for Sanctified Theomorphic Operator, is a 17-inch-tall robot that resembles Catholic saint statuettes. It was first introduced in 2019 to ease parishioners’ worries by reciting words of advice like: “From the Gospel according to Matthew, do not worry about tomorrow, for tomorrow will worry about itself. Each day has enough trouble of its own.” According to roboticist Gabriele Trovato, SanTO was also developed to offer social interaction and religious comfort to elderly people with limited mobility.

Not everyone is sure AI is a good idea for religion, but they do agree it will raise new questions and issues. Ilia Delio, a Franciscan sister who holds two PhDs and a chair in theology at Villanova University, said she thinks AI may compel a conventional religion like Catholicism to reexamine its perception of human priests as divinely called and sanctified (a distinction that’s currently believed to endow them with special powers).

Delio clarifies that “The Catholic notion would say the priest is ontologically changed upon ordination. We have these fixed philosophical ideas, and AI challenges those ideas — it challenges Catholicism to move toward a post-human priesthood.”

There are also many questions about how robotics could alter our religious experiences. Customarily, those incidents are important in part because they leave opportunity for the impulsive, astounding, and even the supernatural — all of which could disappear in a world controlled by AI.