The latest whiter-than-white paint may be a solution to global warming, according to a Perdue University research team. 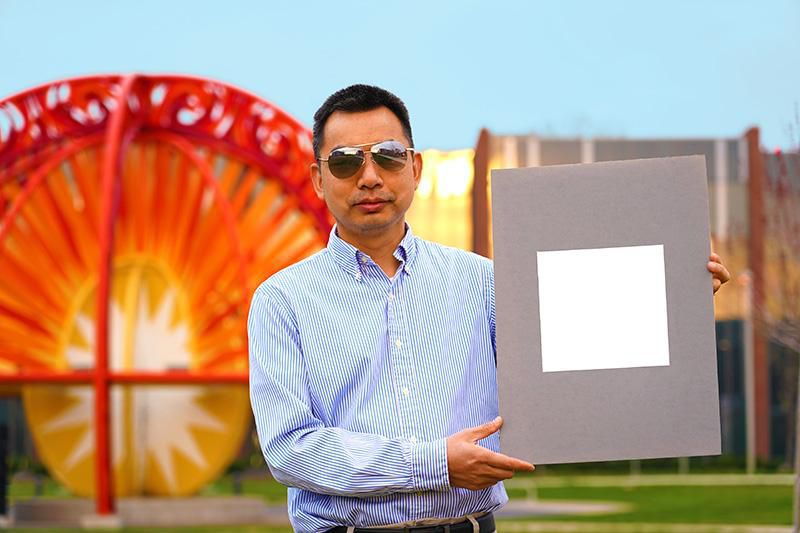 After seven years of experimenting with over 100 different chemicals, researchers discovered that adding a high concentration of barium sulfate – a UV-reflecting substance already widely used in things like cosmetics and x-rays – was effective in pushing away almost all the sun’s rays, including the ultraviolet wavelengths that typically cause surfaces to warm up.

“It’s very counterintuitive for a surface in direct sunlight to be cooler than the temperature your local weather station reports for that area, but we’ve shown this to be possible,” says Xiulin Ruan, a Purdue professor of mechanical engineering and a co-author of the team’s article in the ACS Applied Materials & Interfaces journal. 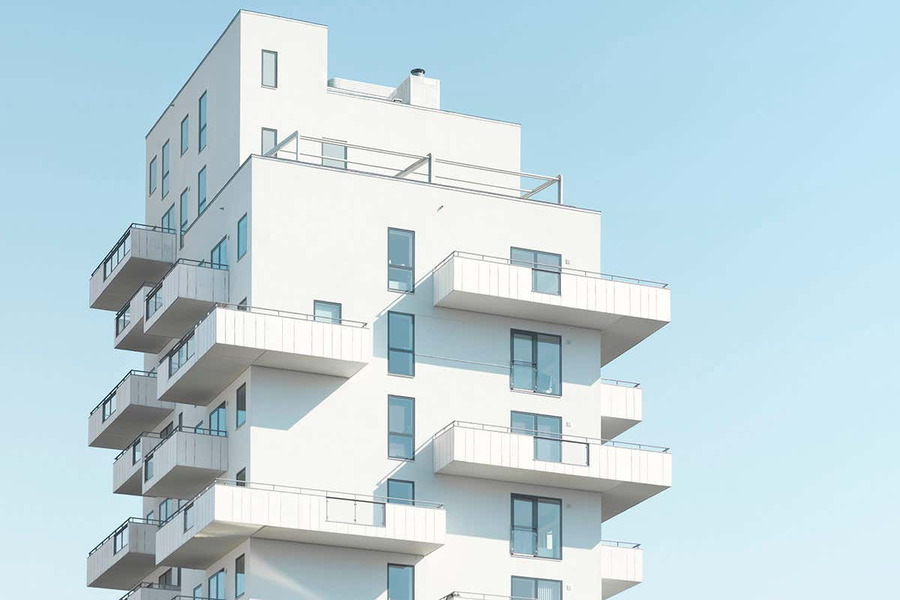 “Our paint only absorbs 1.9 percent of the sunlight, whereas commercial paint absorbs 10 to 20 percent of sunlight,” Ruan explains, adding that “commercial white paints are cooler than the other, darker-colored paints, but they are still warmer than the ambient or surrounding temperature.”

“Our paint can lose heat by its own emission – it emits heat to deep space. With such little absorption from the sun, our paint loses more heat than it absorbs. This is really exciting for us. Under the sun, it cools below the ambient temperature, and that’s hard to achieve.” 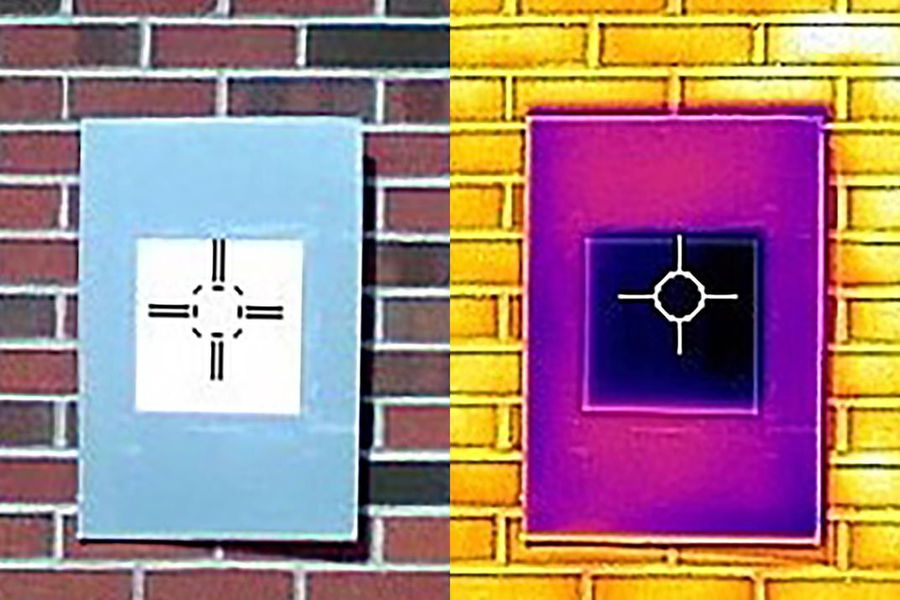 When put under infrared light, a photo of the paint on a brick wall reveals the temperature to be much lower than both the paper it’s on and the wall behind it.

By expelling infrared heat away from its surfaces, the new ultra-white paint can provide the equivalent of 113 watts per square meter of cooling power. That means a 1,000 square-foot roof covered in the stuff would have about 10 kilowatts of cooling power, making it more powerful than most residential central air conditioners.

Not only does the paint’s power reduce the need for inside air control, but it also solves the “urban heat island” problems often created by those units. 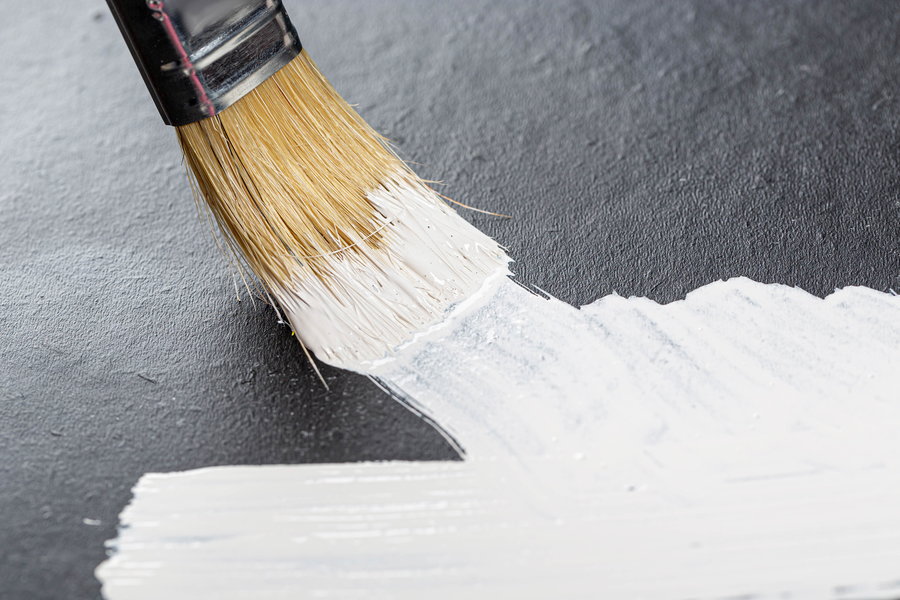 “Air conditioners can cool your house, but they move the heat from inside the house to outside – the heat is still in the city, it’s still on the Earth, in our air,” Ruan says. “So even if you don’t care about the power bills you pay, it’s going to warm up the Earth anyway. Our paint doesn’t use any power but, more importantly, it sends the heat to space. The heat doesn’t stay on the Earth, so that really helps the Earth to cool down and can stop the warming trend.”

“We’re not moving heat from the surface to the atmosphere,” adds Xiangyu Li, a postdoctoral researcher at the Massachusetts Institute of Technology who worked on this project as a Ph.D. student in the Perdue lab. “We’re just dumping it all out into the universe, which is an infinite heat sink.”

With the help of statistical models, the team estimated that hot cities like Phoenix and Reno could use as much as 70-percent less air conditioning if all buildings were painted in the new white tint, which would mean a huge reduction in greenhouse gases. And if somehow they could cover roughly one percent of the Earth’s surface in the reflective hue, it would be enough to stop the current global warming shift altogether. 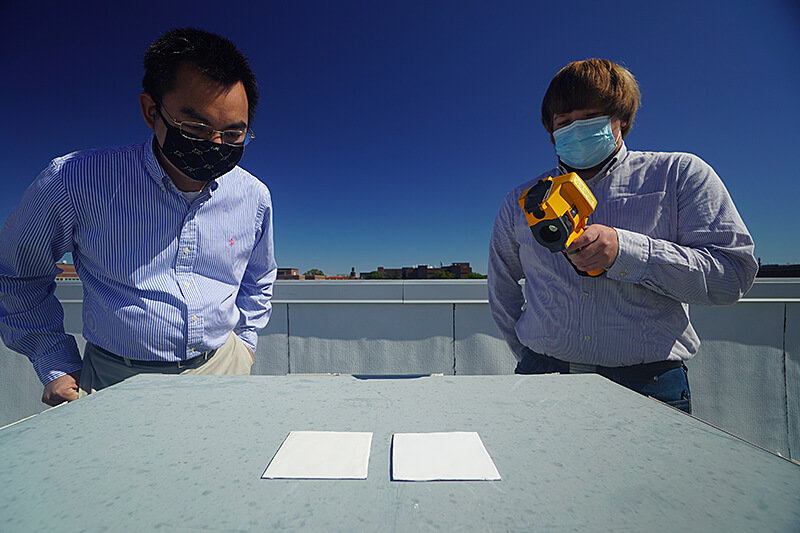 The research team remains hopeful that the paint will cost no more than traditional formulas and is working to get it commercially available to the public soon.