Unlike most Apple products, the HomeKit is a bit of an underdog. Originally released in 2014, it functions as an ecosystem of smart home products that works with Siri to perform functions like locking and unlocking doors, purifying the air, managing home security, activating lights, and adjusting the thermostat. It remains less popular than similar integrative hands-free home assistants like the Amazon Echo, Nest Audio, and Google Home. 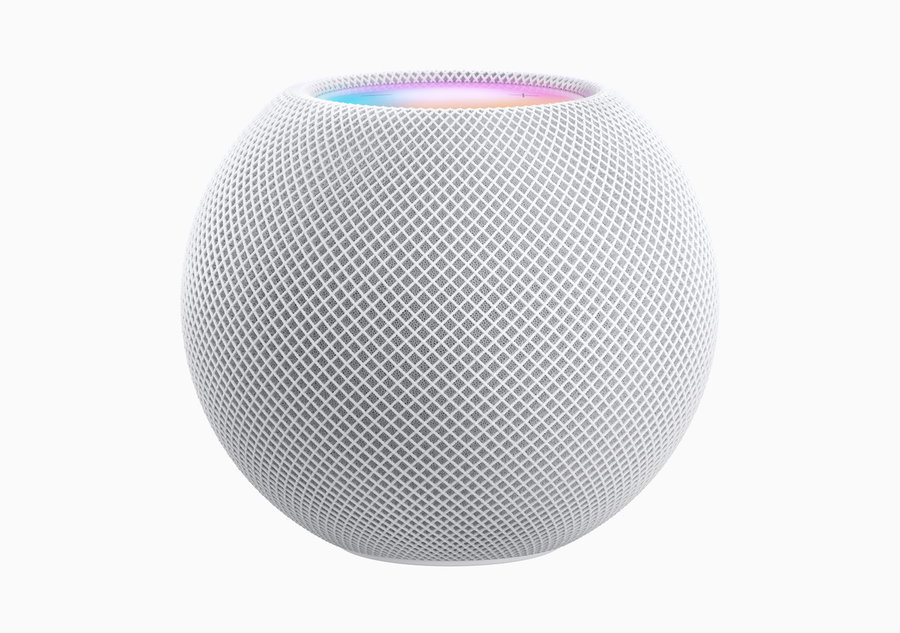 So is it worth it to get Apple’s new HomePod Mini? The short answer is yes, especially if you already own a host of Apple products, because the Mini introduces some features the others just don’t have.

Unveiled last month alongside the new iPhone 12 lineup, the HomePod Mini ($99) is a smaller, more affordable, and more versatile take on the original HomePod ($299). It’s a lot more than just a speaker, though it does its primary job with surprising power for such a compact object. Diminutive enough to hold in the palm of your hand, the 3.3-inch acoustic mesh-wrapped (and appropriately apple-shaped) HomePod Mini is virtually unnoticeable on a table or shelf, and it’s available in white or space gray. 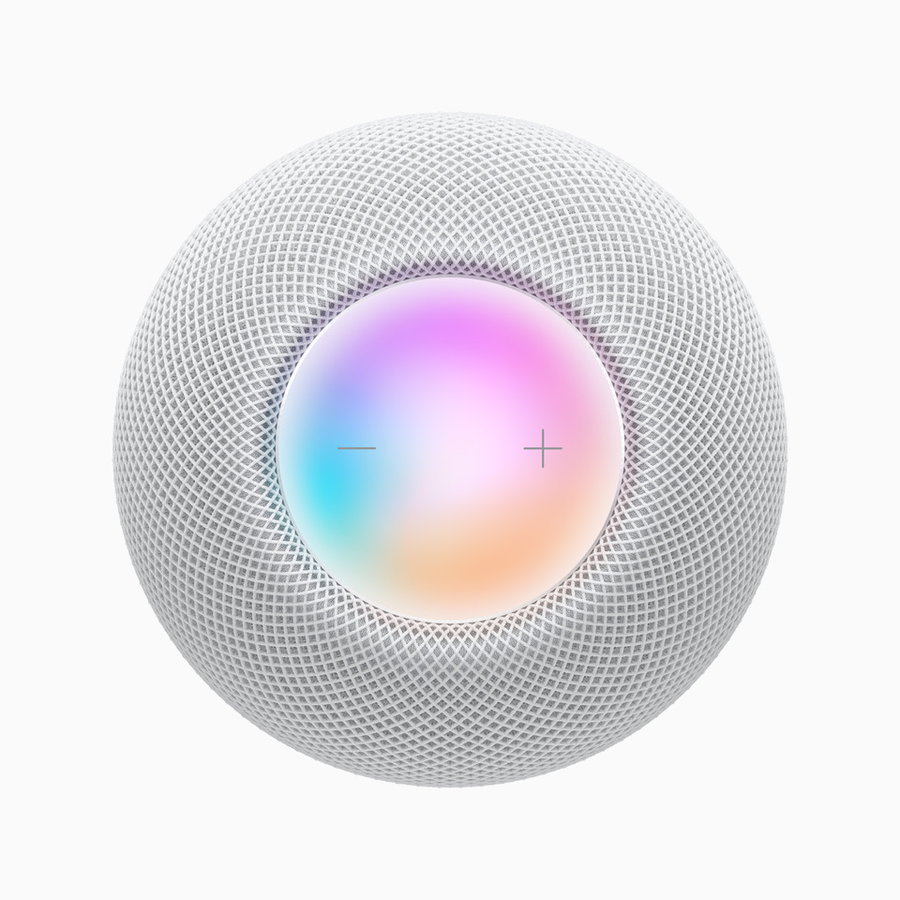 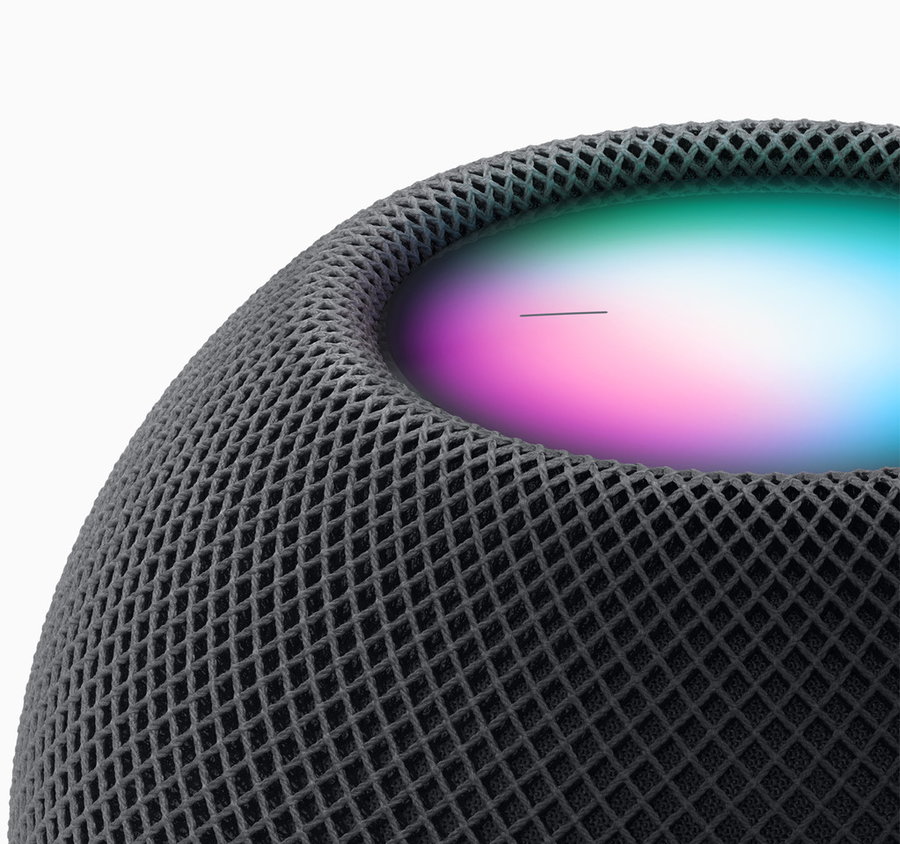 First of all, it’s brilliantly simple to pair two HomePods. They automatically recognize each other and separate into left and right channels for true stereo sound. Plus, they’re easily loud enough to fill a room, offering clear and distinct bass, treble, and mid sounds without distortion. Naturally, the HomePod Mini works with Apple Music, but also podcasts, radio stations, iHeartRadio, and TuneIn, with support for Amazon Music and Pandora coming shortly.

A three-microphone array listens for Siri commands while a fourth microphone isolates sound coming from the speaker so it can still hear you while music is playing. It’s even capable of providing a personalized experience, identifying the voices of up to six people in your household to tailor music and podcasts to their preferences and automatically connect to their phones through a U1 Ultra Wideband chip. Visual, audio, and haptic responses make it clear when the speaker has switched from one user to another. 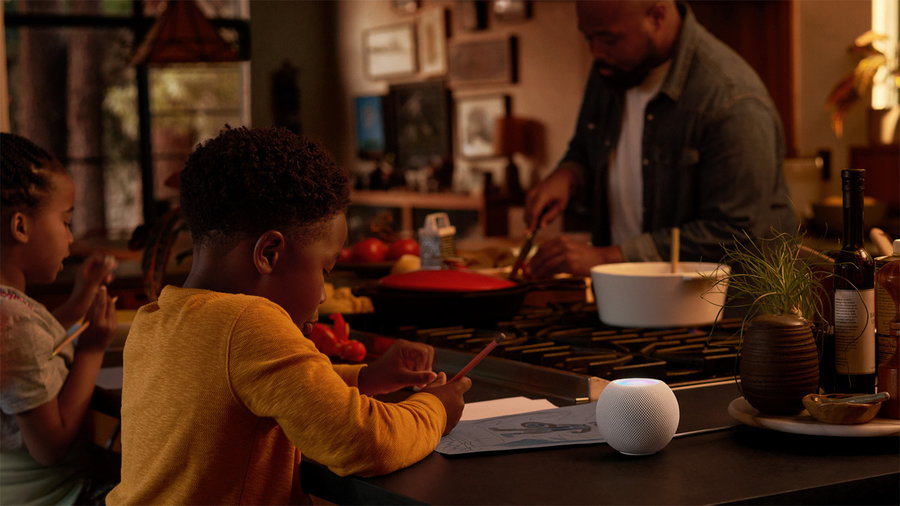 It even functions as an intercom, allowing you to tell everyone in the house it’s time for dinner through a voice message and push notifications on iOS devices (activated by saying “Siri, tell everyone…”). Like the original HomePod, the Mini can also serve as a hub to control all HomeKit-compatible smart home accessories from within and outside your home. One drawback to Apple’s HomeKit ecosystem is the fact that it still offers fewer compatible smart home devices compared to Amazon and Google, though if you’re tech-handy you can use plugins from Homebridge to connect non-HomeKit devices. 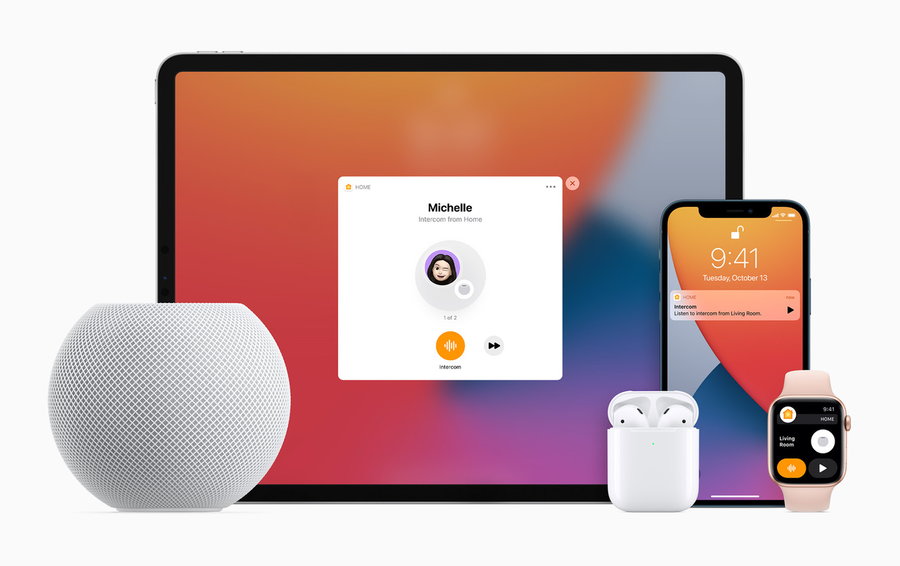 Part of the reason the HomePod never took off like the Echo or Google Home was its considerably higher price tag, along with the fact that earlier versions of Siri weren’t quite as nimble as the competition. The Mini solves those issues, and it’s a great introduction to the HomeKit system. If you find you need more powerful speakers after all, the original HomePod features a high-excursion woofer and seven tweeters, a six-microphone array, and the ability to create a home theater effect with Apple’s 4K TV, so it, too, can still be a useful purchase.