Plywood doesn’t exactly seem like a space-age material, but a new experiment could prove that perception wrong – and help reduce future space junk at the same time. The European Space Agency will launch WISA Woodsat, a nano satellite measuring just 4 inches by 4 inches square and weighing about 2.2 pounds, by the end of 2021. Designed by Finnish company Arctic Astronautics, the satellite will be made with a special type of plywood coated with protective aluminum oxide. 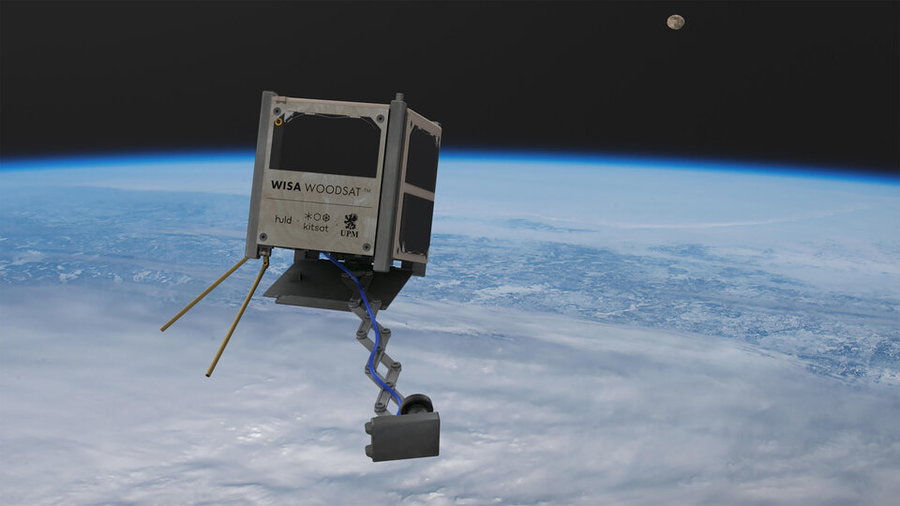 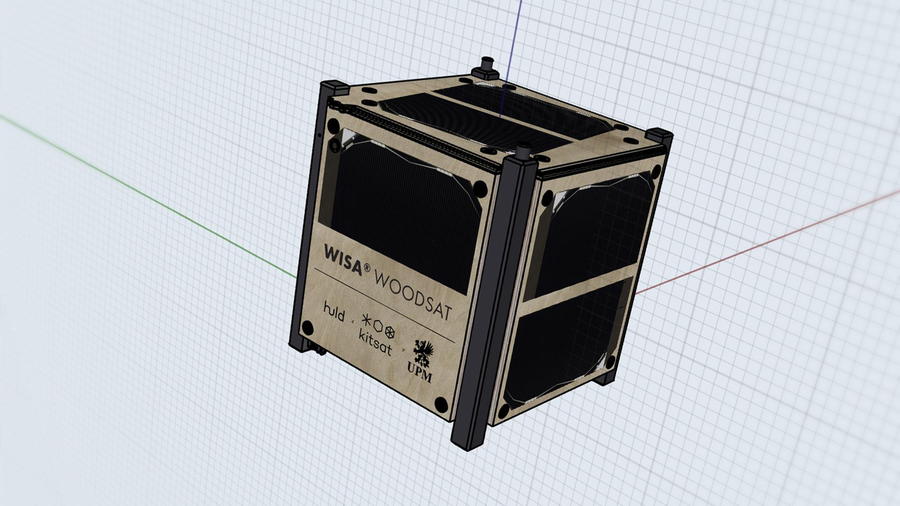 “The base material for plywood is birch, and we’re using basically just the same as you’d find in a hardware store or to make furniture,” Woodsat chief engineer Samuli Nymanm, who also happens to be the Arctic Astronautics co-founder, said in an official statement. “The main difference is that ordinary plywood is too humid for space uses, so we place our wood in a thermal vacuum chamber to dry it out. Then we also perform atomic layer deposition, adding a very thin aluminum oxide layer.”

Not only will that coating prevent the plywood from releasing any gases into the atmosphere, but it will also protect the satellite from corrosive atomic oxygen, which forms in the outer edges of Earth’s atmosphere when UV radiation from the sun splits normal oxygen molecules. Sections of the satellite will be coated with other varnishes and lacquers to see how they perform, as well.

The WISA Woodsat will be equipped with two cameras: one facing space, and another on a selfie stick so engineers can monitor changes to the plywood while the satellite is in orbit. It will also carry a set of sensors to monitor pressure in onboard cavities and an amateur radio so hobbyists can relay radio signals and images around the world. Nine small solar cells will keep it powered on its journey.

A test model of the WISA Woodsat made a successful stratospheric test flight on Saturday, June 12th from the Heureka Science Center in Vantaa, Finland. The satellite reached a maximum altitude of 31.2 km (about 19 miles) over the city of Mäntsälä during its 2-hour, 54-minute flight before descending using a parachute and landing safely into a forest. The onboard “selfie camera” took photos automatically every 30 seconds, capturing the exact moment when its support balloon burst during the descent.

Why use plywood? Because Earth-orbiting satellites often catch fire and break apart as they re-enter the atmosphere. The idea is that crafts made of plywood might burn up entirely in the process, leaving no toxic substances or debris to float around in space or fall back to Earth. Plywood is also a low-cost alternative to traditional materials like carbon fiber composites with the potential to perform just as well.

The WISA Woodsat isn’t the only wooden satellite in the works. In another part of the world, Japanese company Sumitomo Forestry has teamed up with Kyoto University to experiment with different types of wood in various extreme environments on Earth and beyond. 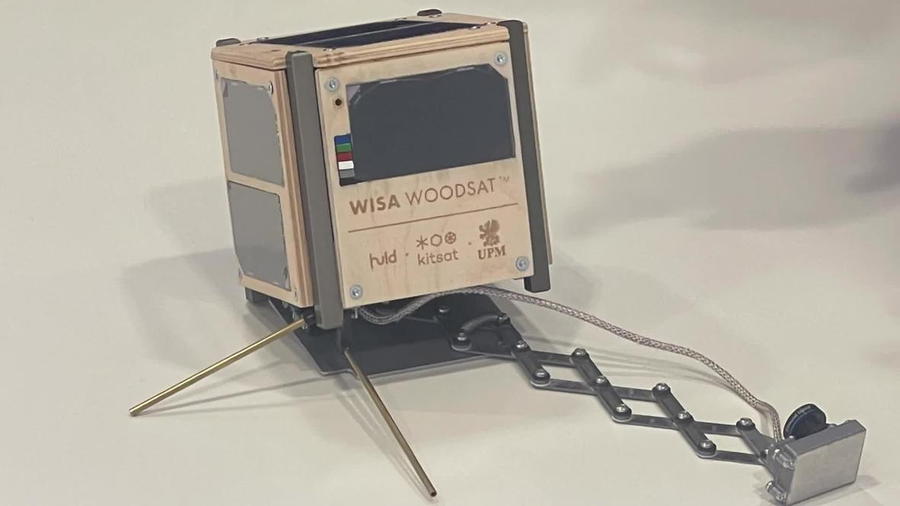 “We are very concerned with the fact that all the satellites which re-enter the Earth’s atmosphere burn and create tiny alumina particles which will float in the upper atmosphere for many years,” Takao Doi, a professor at Kyoto University and Japanese astronaut, told the BBC. “Eventually it will affect the environment of the Earth. The next stage will be developing the engineering model of the satellite, then we will manufacture the flight model.”