What would happen if you bought a bunch of furniture and accessories at IKEA, mixed all the parts together, totally ignored the assembly instructions and went your own way? It might look something like the Lato B series, an IKEA hack from Italian design firm Teste di Legno. The series includes a mini kitchen, cabinet, hanging plant/lamp combo and a shelving unit. 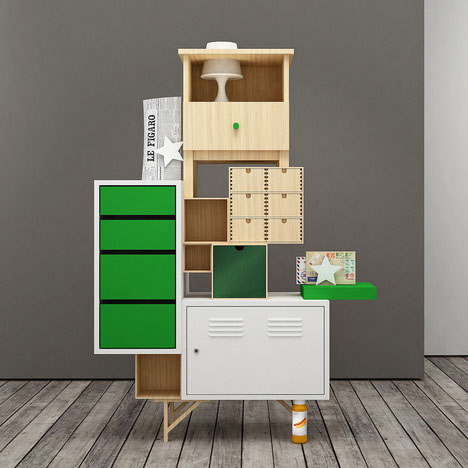 IKEA products have long been seen as a springboard for DIY creativity, with some interpretations crazier than others. Putting together a room full of furniture and finding that you have half a dozen extra parts might inspire anyone to try to make use of them. But Lato B takes that one step further by creating entirely new pieces that are visually interesting and actually functional.

These pieces required some serious reassembly and thinking outside the picture on the box, with lamps set into nightstands, metal shelves placed on top of kitchen counters and even a mustard bottle used as a leg. 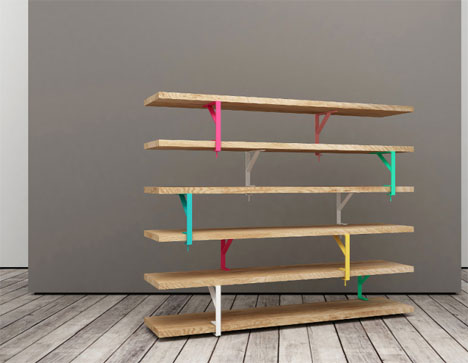 “The nice thing about Ikea instructions is that they speak a language without words, that everyone can understand,” the designers say. “All you have to do is keep calm when faced with dozens and dozens of screws, hooks, washers and flat boards of various shapes. After finishing one piece of furniture, we were about to assemble the next when we had the idea of “enriching” the first piece of furniture with some parts of the second, thus inventing a third one.”