Game of Thrones is nothing short of a global phenomenon, popular for its dreamy cast, dramatic storylines and, of course, its dragons. The design community has long considered the television show to be worthy of praise for its thorough and thoughtful attention to detail in everything, from weaponry to set design. Without contest, though, the costumes are one of the show’s most talked-about elements, with costume designer Michele Clapton often elaborating on how each character’s wardrobe reflects something about their arc, development, or position at any given time in the show’s chronology. 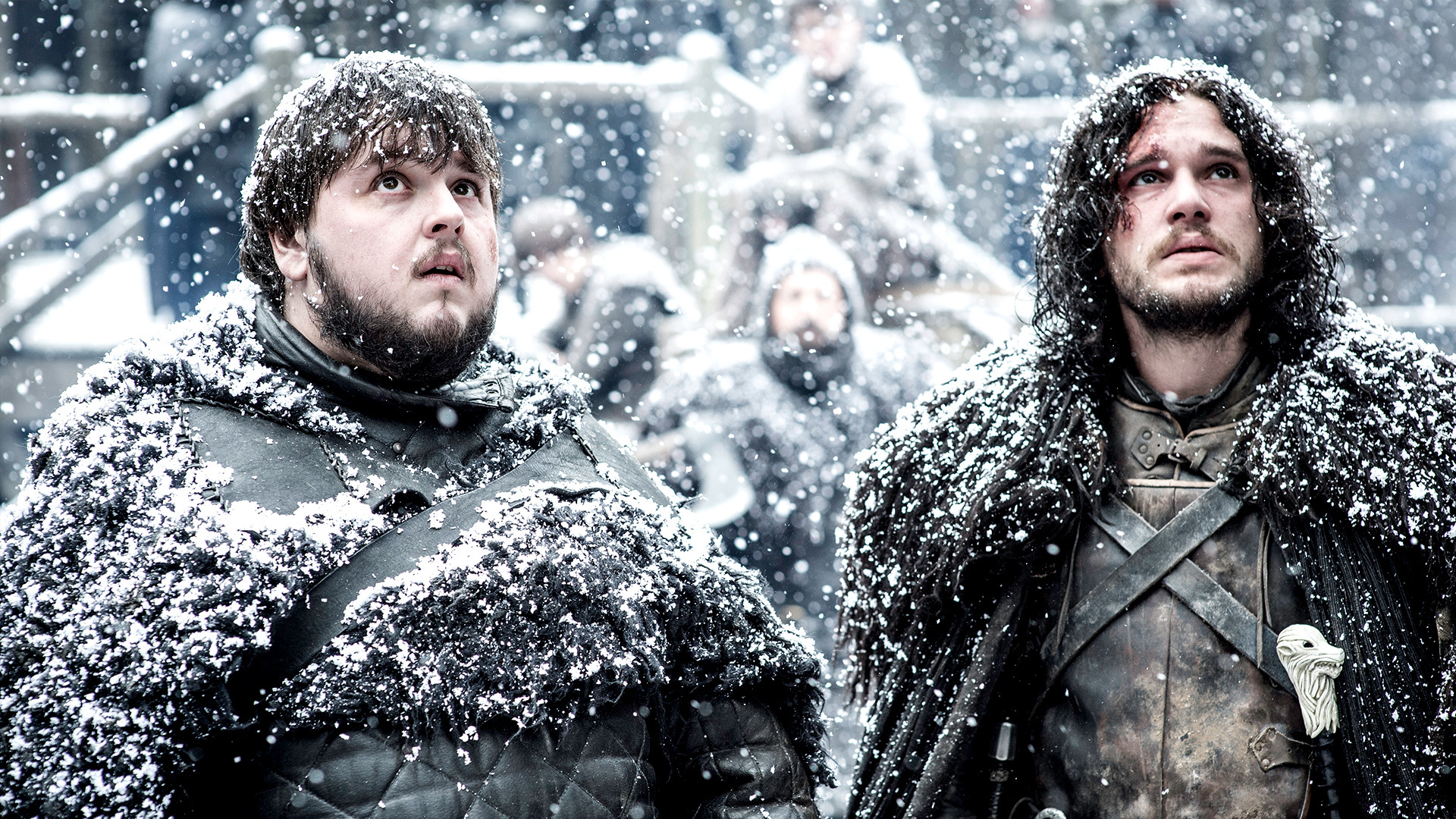 Recently, it was revealed that one of the show’s most iconic pieces of clothing is a little more suburban than we might have imagined: the capes worn by the characters who inhabit the North are actually made from IKEA rugs! Yes, the same IKEA rug that you have beside your bed that feels so cozy when your feet sink into it in the morning, the same rug your dog snuggles into by the fire. That’s the same rug that keeps Jon Snow and company warm during the Westerosi winter. Who knew! 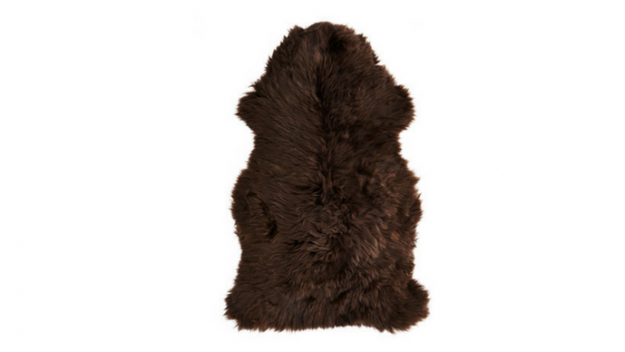 When IKEA’s products get used for things they are not intended for (which happens a lot), the Swedish company reacts with gratitude, humility, and always with a little bit of fun. IKEA’s sheepskin “Skold” and sheepskin and wool “Ludde” retail for $167 and $38 respectively. Upon hearing the news, a member of the SMFB ad agency, which represents IKEA in Norway, had this to say: “When we saw the articles about how the costume designers at Game of Thrones had rethought and altered the beloved Ludde and Skold rugs, we immediately thought how in line that actually was with IKEA’s own way of thinking. Through our six-year-long relationship with IKEA Norway, we’ve learned that there’s nothing they love more than when people take IKEA products and make them their own. We really wanted to celebrate that. After all, IKEA is all about creating a better everyday life for many people — even if the Night’s Watch aren’t who they usually cater to.” 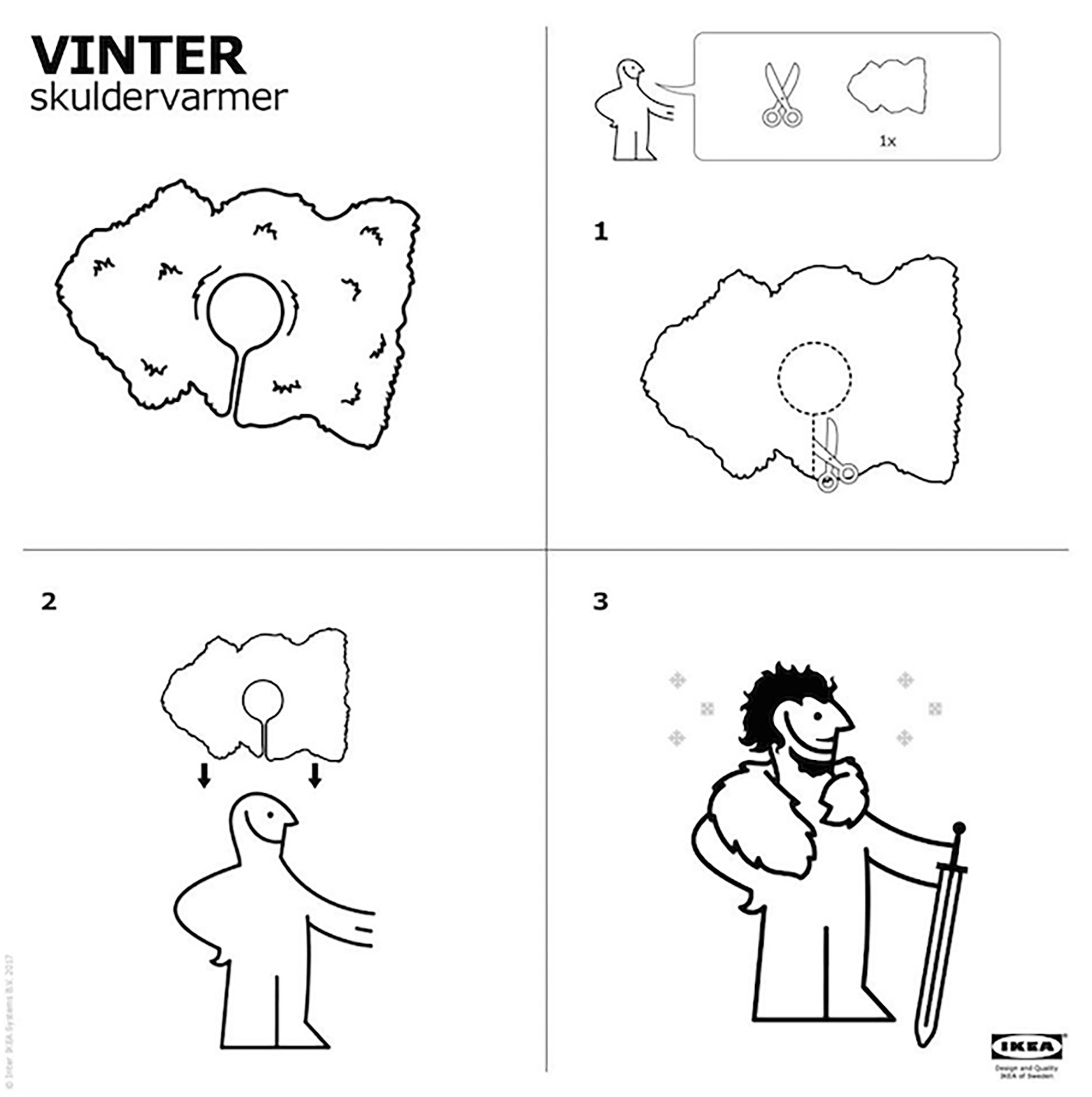 With this in mind, SMFB went ahead and created a handy visual guide to help people convert their IKEA rugs into Game of Thrones-esque capes. The four-point diagram instructs you to simply cut a hole in the middle of the rug and place it over your head so it sits on your shoulders. Of course, if you really want to look the part, you’ll have to go somewhere cold, be equipped with a sword, and have a brooding air about you, just like the beloved King in the North. 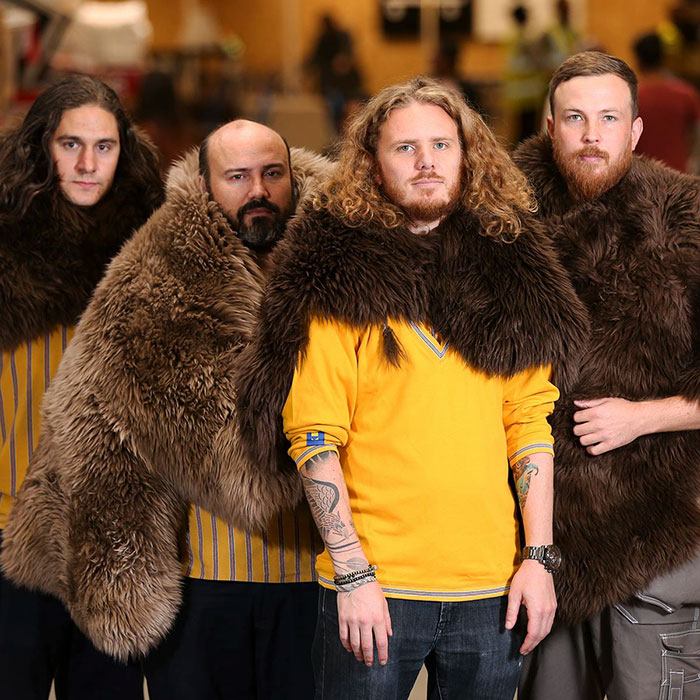 Continue reading below
Our Featured Videos
This is not the first time one of IKEA’s products has made headlines. There was a recent controversy regarding a Balenciaga leather tote that looked surprisingly like the IKEA “Frakta” hold-all, which retailed at a staggering 2000 times the price of the original 99-cent bag. When that happened, another tongue-in-cheek ad was posted to IKEA’s Facebook page about how to tell if your bag was an authentic Frakta. It’s good to know that the iconic Scandinavian retailer also has a great sense of humor!