Ford has just turned one of America’s best-selling pickup trucks into an electric powerhouse, offering an incredible set of features without sacrificing the appeal of the gasoline-powered original. The 2022 Ford F-150 Lightning is an all-electric version of the full-size mainstream pickup that mostly improves upon its less green counterpart, especially when it comes to MPG, horsepower, and the comfort of driving and riding. It comes with standard four-wheel drive and has a 230-mile range. 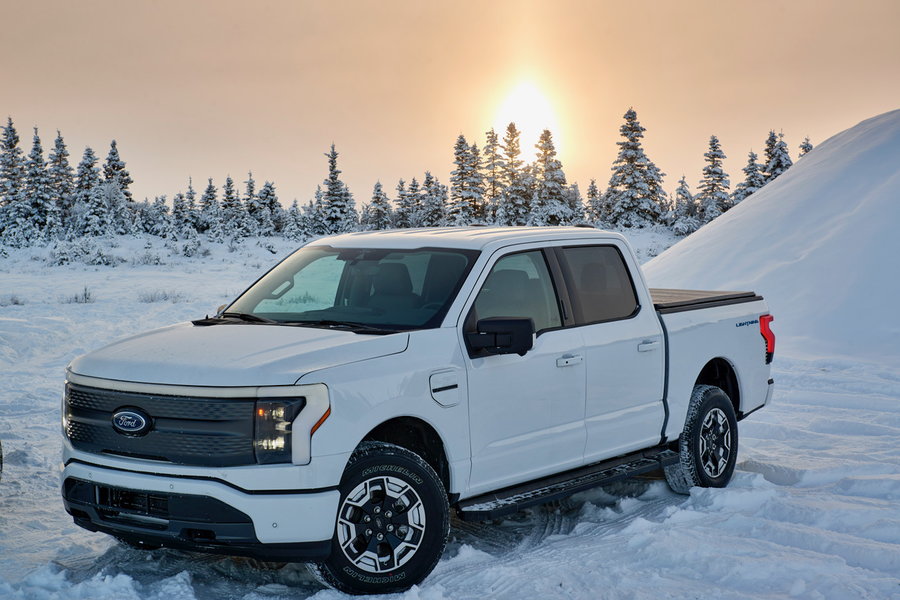 The F-150 Lightning is so in demand, dealers can barely keep up with requests for orders. We already know it’s a lot more rugged than your average EV designed for city driving, but how does the F-150 Lightning stack up to other electric trucks, including the Tesla Cybertruck, Chevrolet Silverado EV, and Rivian R1T?

Stacked Against the Original F-150

First, check out how the F-150 Lightning improves upon the regular F-150. Its two electric motors and battery pack give it an incredible 426 horsepower compared to the 290 horsepower produced by the 3.3-liter V6 engine of the base model. Getting 76 miles per gallon in the city and 61 on the highway, it blows the regular F-150 out of the water. Gas power gets the beefy pickup just 20 MPG city and 24 on the highway. 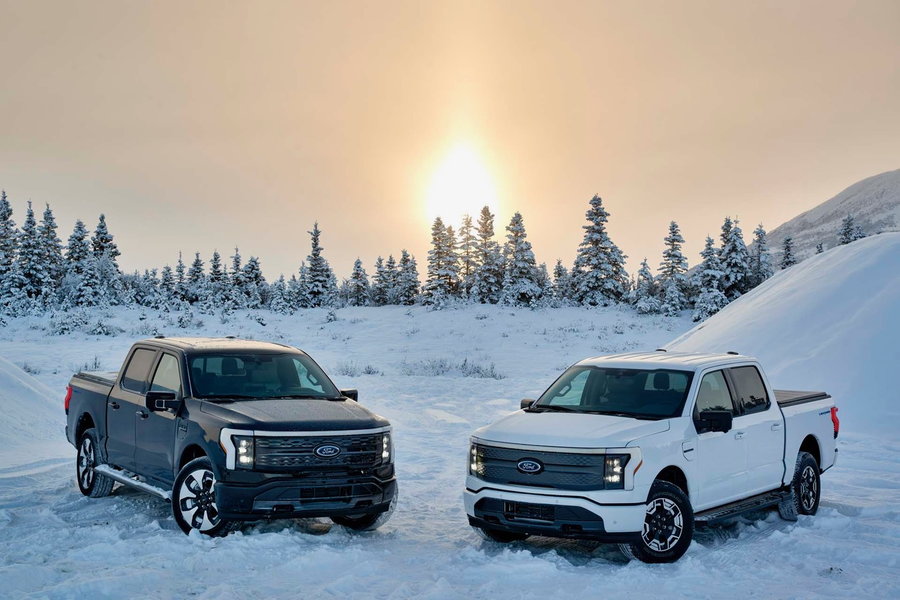 Visually, it’s very similar, but the Lightning features an LED light ribbon running across the front. If there’s one downside, it’s towing capacity. The maximum is 14,000 pounds on the original F-150 and just 10,000 on the electric, but that’s still pretty good. The F-150 is also incredibly quiet, comes with a FordPass app to provide seamless access to charging stations and remote vehicle controls, and transforms into an electric generator to power tools, electronics, and appliances on the go or during a power outage at home. Other bonuses include a massive storage area under the hood, lots of electrical outlets, a fold-out work surface, and excellent off-road performance, the latter of which is often missing from other EVs.

Let’s cut to the chase here. If you’re a Tesla stan, you’re probably already biased toward the Cybertruck and its sci-fi appearance. But a lot of average car buyers are going to prefer the more standard aesthetic of the F-150 Lightning, which doesn’t stand out as electric at first glance. They’re priced about the same for the base models at $39,900 for the Tesla and $39,974 for the Ford, and both come in all-wheel drive. The Cybertruck has four motors to the Lightning’s two, and a range of up to 500 miles vs. the Lightning’s 320 miles. 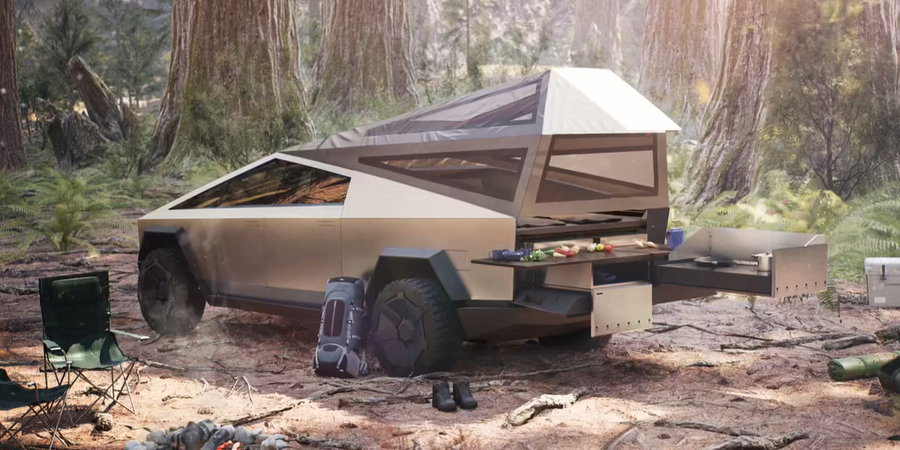 The Tesla charges at 250 kW DC, and the Lighting at 150 kW DC. Hit the gas pedal on the Cybertruck and it takes just 2.9 seconds to hit 60 mph, while the Lightning is in the 4-second range. The F-150 has more storage space though, and it uses physical buttons and dials instead of the Cybertruck’s almost exclusively touchscreen-based controls. The mid and higher-range models of both trucks offer more on almost every count, particularly when it comes to range and payload capacity, so if you prefer one or the other, you can always pay a little more to get exactly what you want. 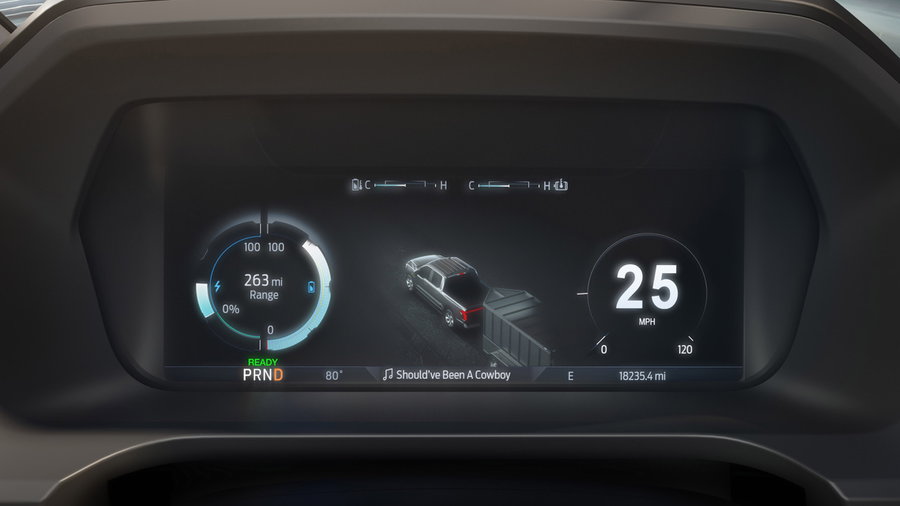 The hardest part about comparing these two vehicles is the fact that the Tesla Cybertruck still hasn’t been released, with its most recent target date sometime in 2023 after multiple delays. Is the Cybertruck really more durable or comfortable than the F-150 Lightning? We won’t know for sure for a while longer. 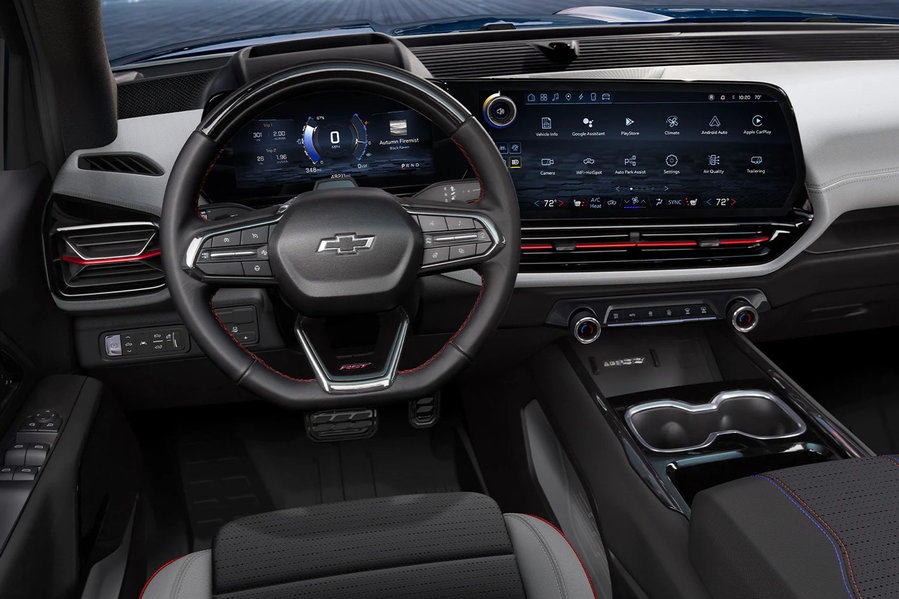 The Chevrolet Silverado is America’s other best-selling pickup truck, which makes these two a little easier to compare. Right off the bat, the Silverado EV reportedly gets up to 400 miles of range from its available 200-kWh Ultium battery pack, considerably better than the F-150 Lightning’s 230 mile range on its standard pack (but you can upgrade to the Extended Range battery and get 300 miles). The Silverado also offers 10.2 kilowatts of energy to power your tools versus the Lightning’s 9.6 kilowatts. Both trucks can tow up to 10,000 pounds, but Chevrolet says a future Silverado EV variant will hit 20,000 pounds, putting it in the heavy-duty category. 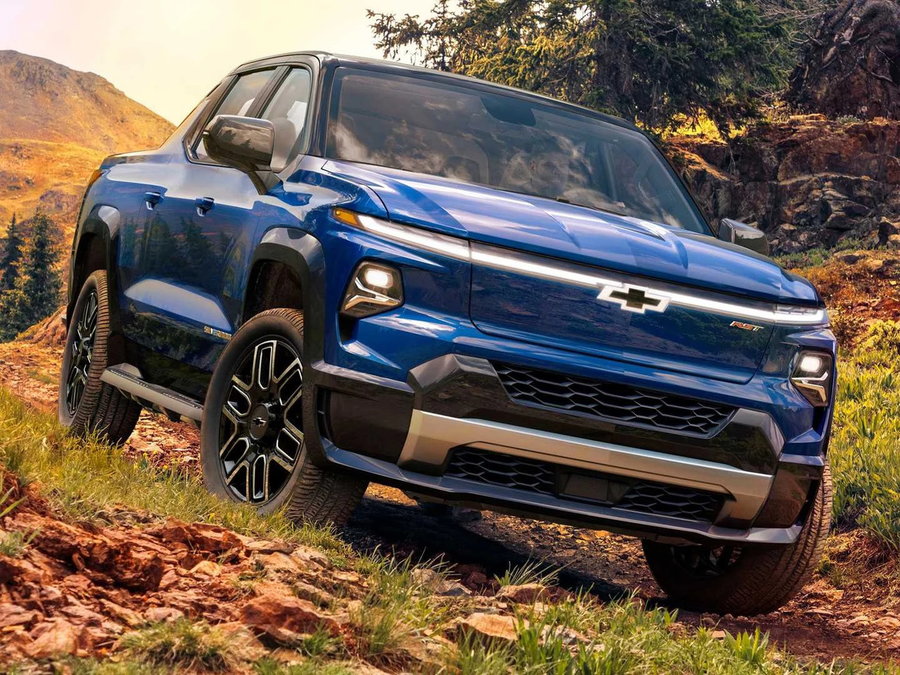 Both trucks come with dual-motor standard setups and all-wheel drive. The base Silverado EV motor will offer 510 horsepower to the base F-150’s 290. Both electric pickup trucks feature crew-cab configurations and 5.9-foot beds. The Silverado EV’s a little more tech-oriented inside, with a 17-inch touchscreen and 11-inch digital gauge cluster. It also looks a lot different on the outside than the standard gas Silverado, though it’s still pretty close to most pickups you see on the roads today. Like the Tesla Cybertruck, this one’s also set to arrive sometime in 2023. 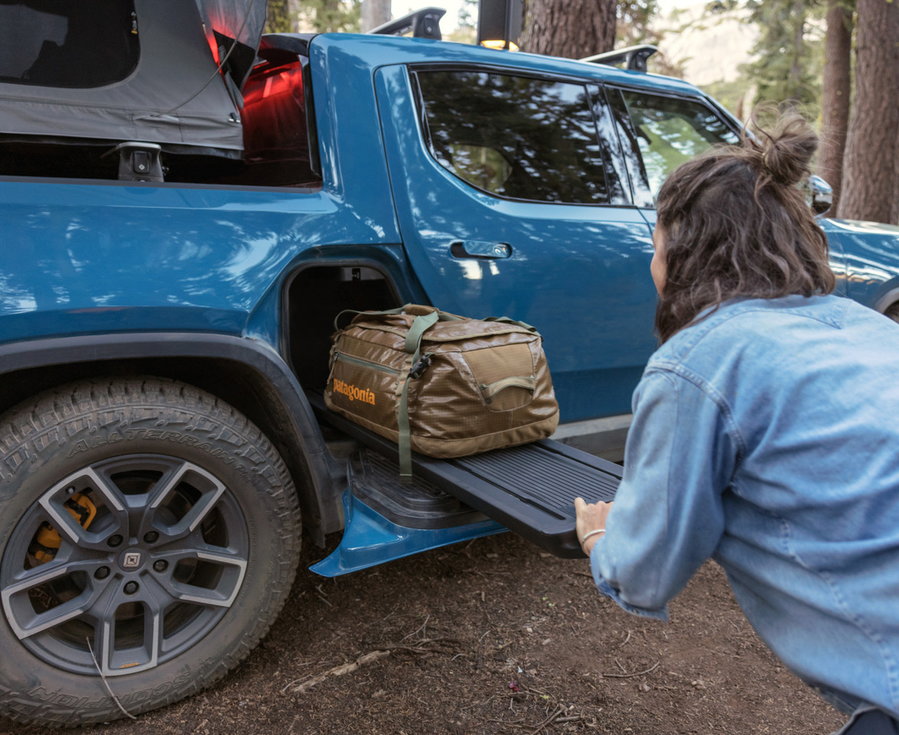 The Rivian R1T was the first all-electric pickup truck in production, and it’s now being delivered to customers. It comes with a higher price tag, starting at $67,500. The Rivian can tow about 1,000 pounds more than the F-150 Lightning, but it has a lower payload capacity of 1,760 pounds. It also boasts a 314 mile range and takes about the same amount of time to charge at 40 to 45 minutes. When it comes to interior controls, the two trucks are about even, both featuring infotainment screens, ventilated seats, driver assistance, and wireless phone chargers. The Rivian’s power output is higher and it gets to 60 mph in 3 seconds. While the F-150 Lightning’s onboard charger nets 19.2 kW, the Rivian’s is 11.5 kW. 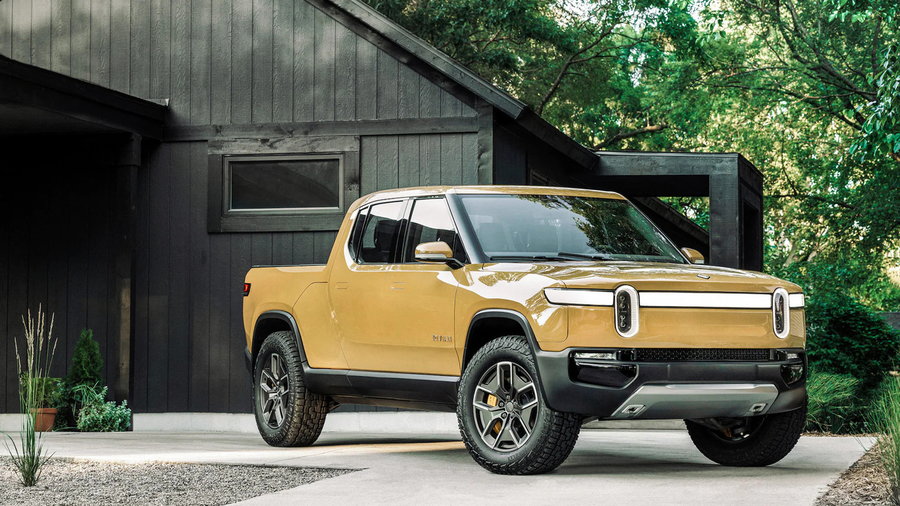 Where the Rivian really starts to beat the Lightning is in all of its little details, like its unique gear tunnel passing through the body just in front of the rear wheels. It also has more ground clearance, a gear guard system, and a built-in camp kitchen. Overall, the Rivian is probably a better choice for someone who wants to travel and go on adventures with their electric pickup, while the Ford F-150 Lightning is a practical choice for everyday driving and as a work truck. Either way, it sure beats paying today’s crazy gas prices, huh?