330 square feet may be a lot for a hotel room, but it’s hardly any space to live in. When architecture firm Atelier Aberto Arquitetura was asked to transform part of the former Lido Hotel in Porto Alegre, Brazil into a full-time residence, they had to get creative with the way the space would be used, packing in a lot of function without making it feel cramped. 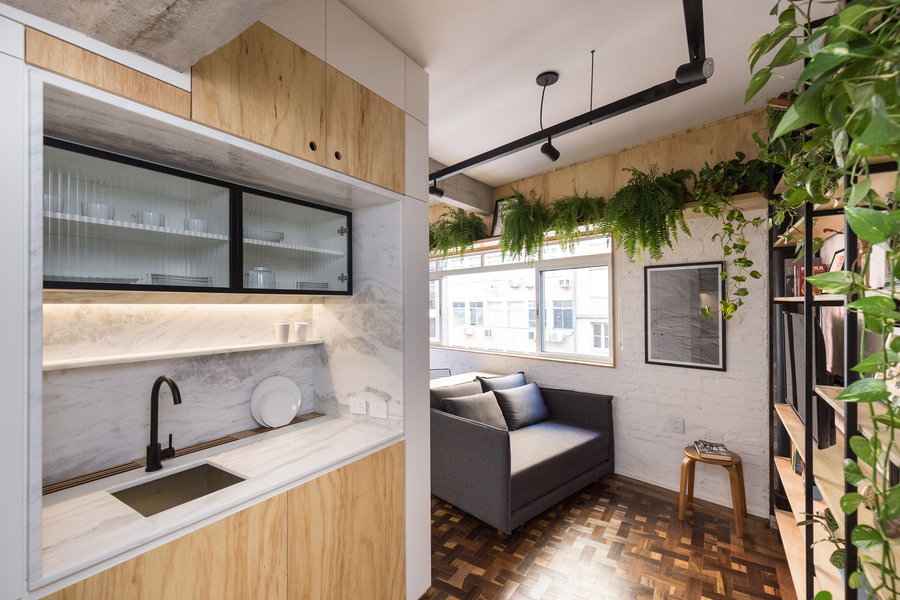 The hotel was a popular place to stay in its day, set within the historic city center close to the Matriz Plaza and the Public Market. But in recent years, demand for small, affordable apartments has grown so much, it only made sense for the owners to renovate it into a “co-living building,” where residents enjoy both their own private spaces and larger communal areas, making the sacrifice of personal space worthwhile.

The owner of this particular unit wanted a space that was somewhere in between permanent and temporary lodging. He commissioned the architects to create a “bed and breakfast” feel in an apartment that can either be rented out Airbnb-style or eventually used as a full-time home. Adding yet another layer of difficulty to the project is the fact that the apartment is oddly shaped. A bed, living area, kitchen, bathroom, and storage all had to be packed into its tiny 30-square-meter footprint. 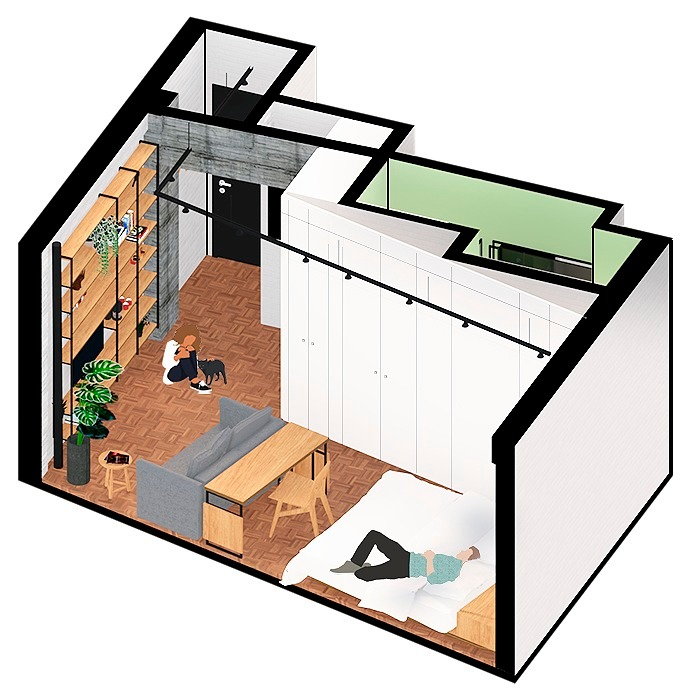 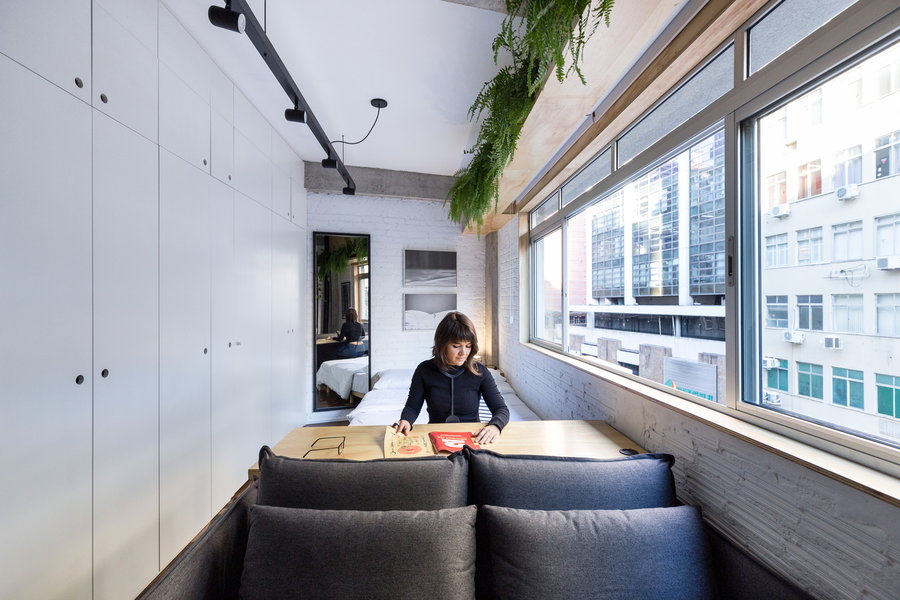 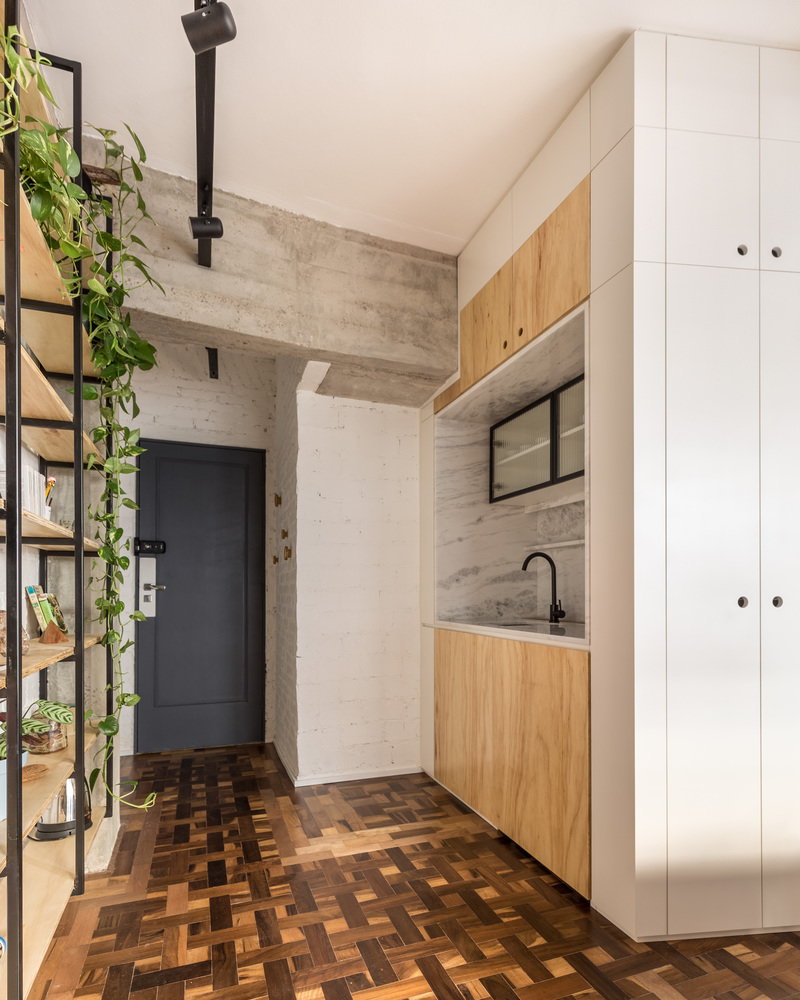 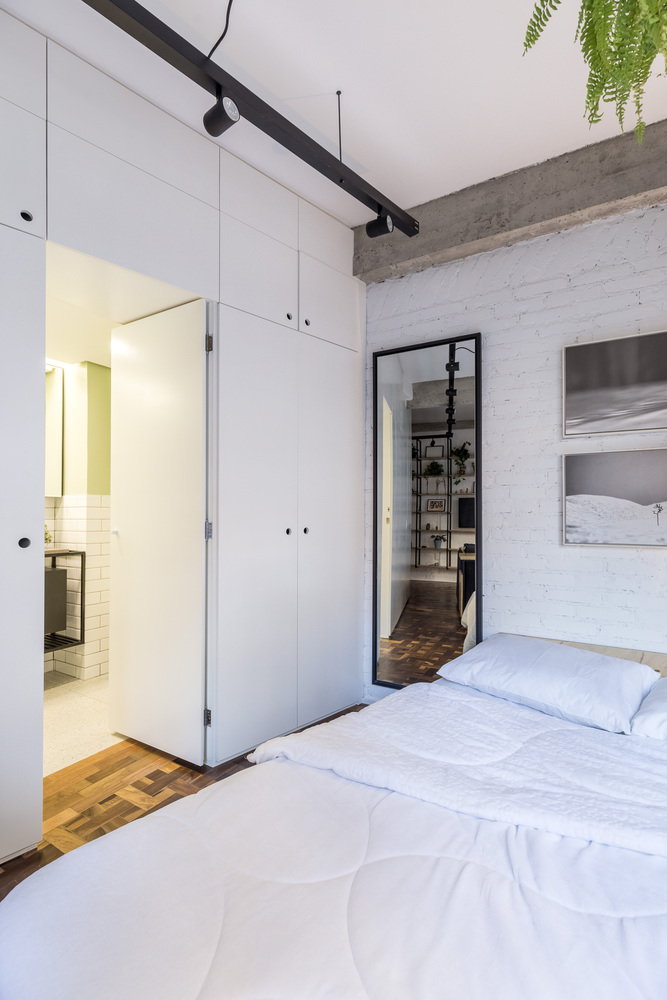 The angled exterior wall, which features lots of windows overlooking the city, informed the bulk of the design. The architects created a large bank of floor-to-ceiling built in storage following the same angle. Painted white to match the other walls and ceiling and complement the textural parquet wood floors, this massive closet nixes clutter, and it’s really what makes the whole thing possible.

“The search for parallel lines resulted in the project’s concept,” the firm explains. “A large closet, which is summarized in a multifunctional white volume, hides the plan’s ‘zigzag’ and includes a bathroom, kitchen, as well as space for clothes and groceries. In line with this volume, the lighting, in a smooth industrial black profile and directional spots, accompanies the main flow of the apartment, drawing an ‘L’ and illuminating the way.” 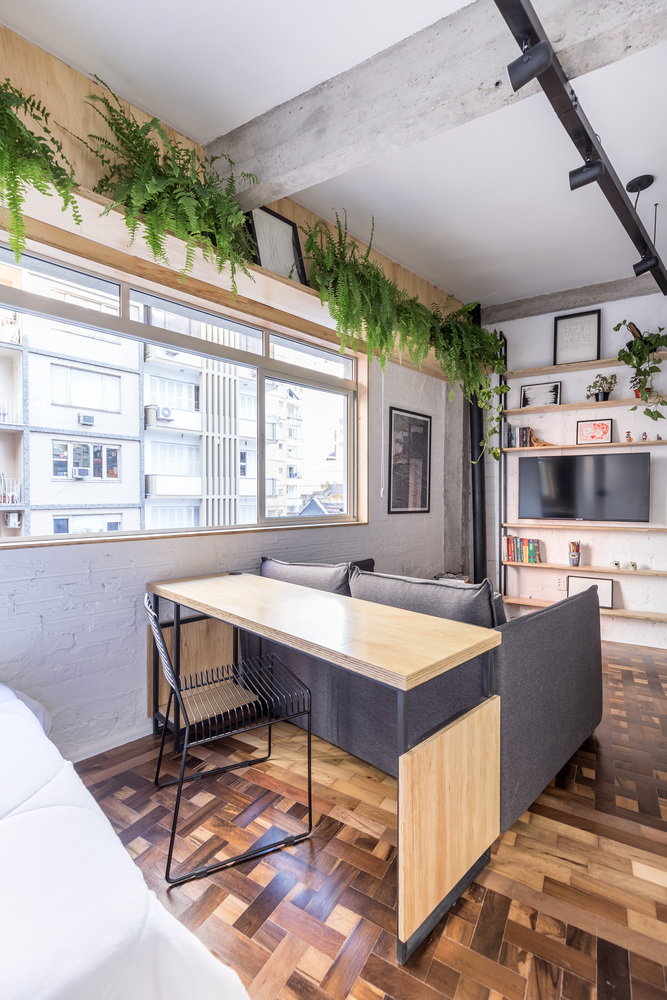 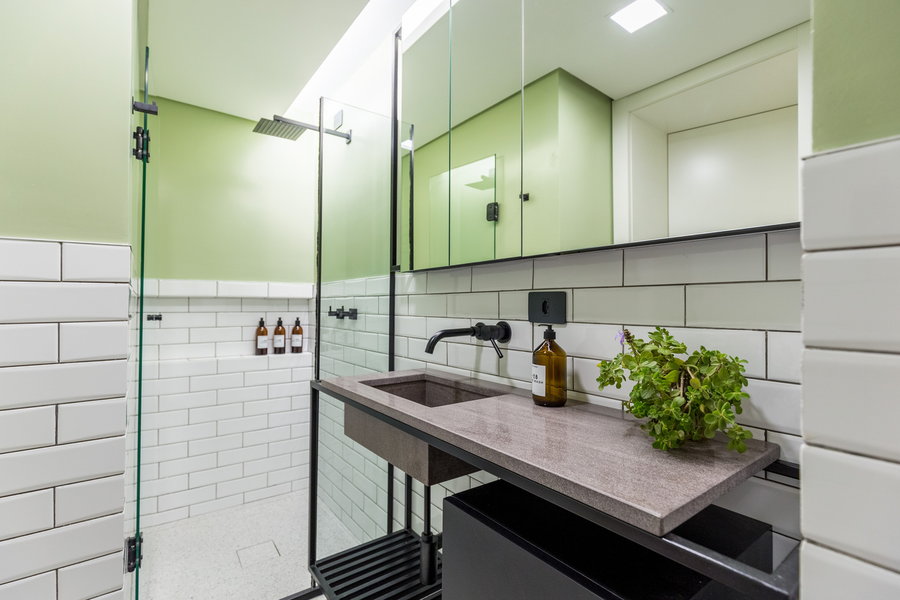 “The shelves to the right of the front door contain the television, plants, books, and decorative objects. The window, which faces the street and the front facade of the building, was supplied by a wooden ‘frame,’ which finishes the peeled walls and a curtain with a shelf accompanying the entire wall of the window. This shelf was designed to accommodate plants, which would bring a little green into the house, since the view from the window is predominated by the concrete jungle of Porto Alegre’s historic center.” 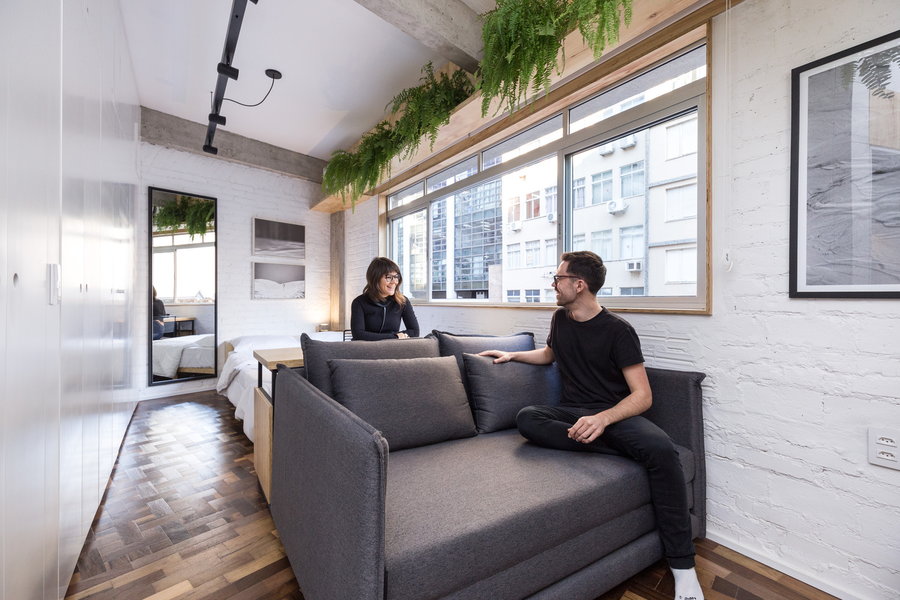 This apartment is a great example of how built-in storage can completely transform even the smallest apartments into livable environments. The added open shelving creates a nice focal point, and the plant shelf above the windows brings in some color and vitality. A simple room divider screen could even be used to create a little extra privacy and separation between the work and sleep areas without cutting off the flow of air and light, if you so desired.