Nearly 50 years after Pablo Picasso’s death, a previously undiscovered painting by the artist has been revealed. With the help of artificial intelligence, advanced imaging technology, and 3D printing, a team of scientists was able to recover “The Lonesome Crouching Nude,” which Picasso painted over when he created “The Blind Man’s Meal” in 1903. 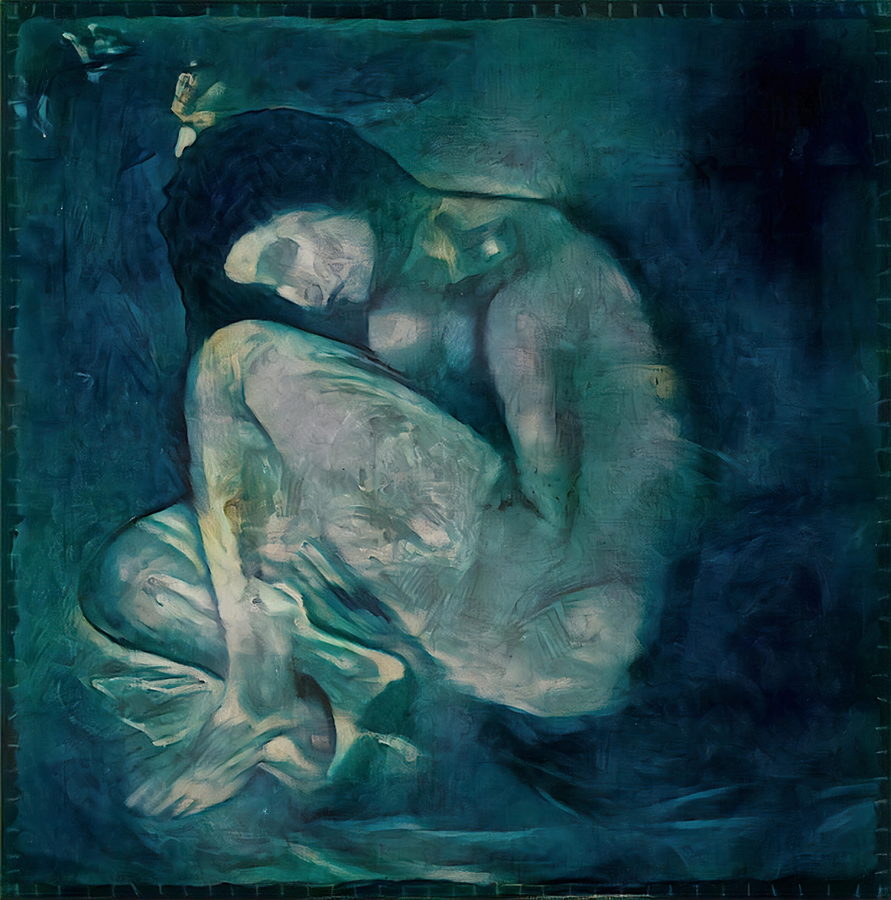 Art recovery company Oxia Palus told CNN they were initially able to partially discern the figure of a nude woman underneath the newer layers of paint using a superimposed X-ray fluorescence (XRF) image, but the other technologies have allowed them to bring the hidden work “back to life,” more or less as it looked when Picasso originally painted it. The XRF imaging and image processing revealed the outline, and then the company trained artificial intelligence to add brushstrokes in Picasso’s unique style using his other works. 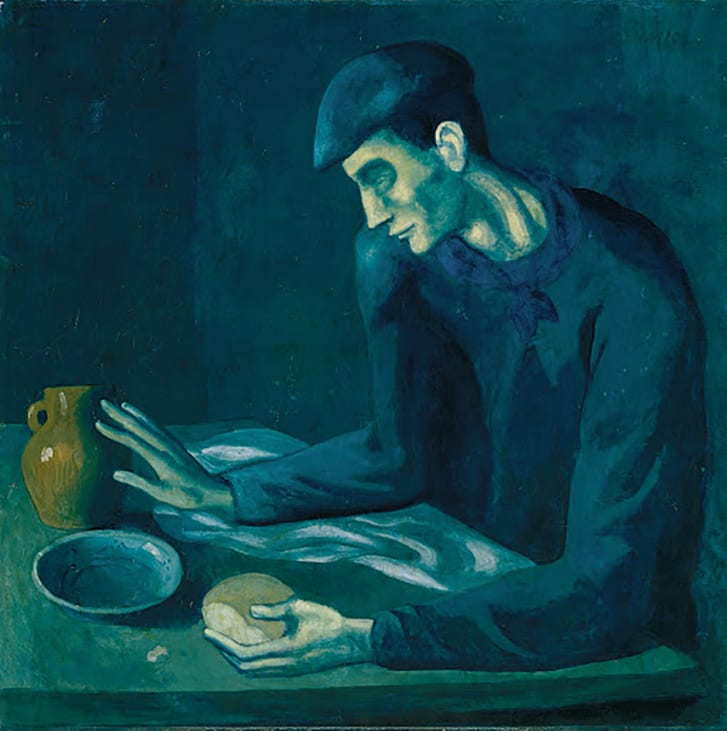 To get the recreation of “The Lonesome Crouching Nude” as accurate as possible, they didn’t just rely on how the brushstrokes look when viewed straight-on. They used a height map of the portrait to give it texture, printing the image onto canvas with 3D printing to achieve the impasto of layered paints that give Picasso’s originals their lush painterly quality. 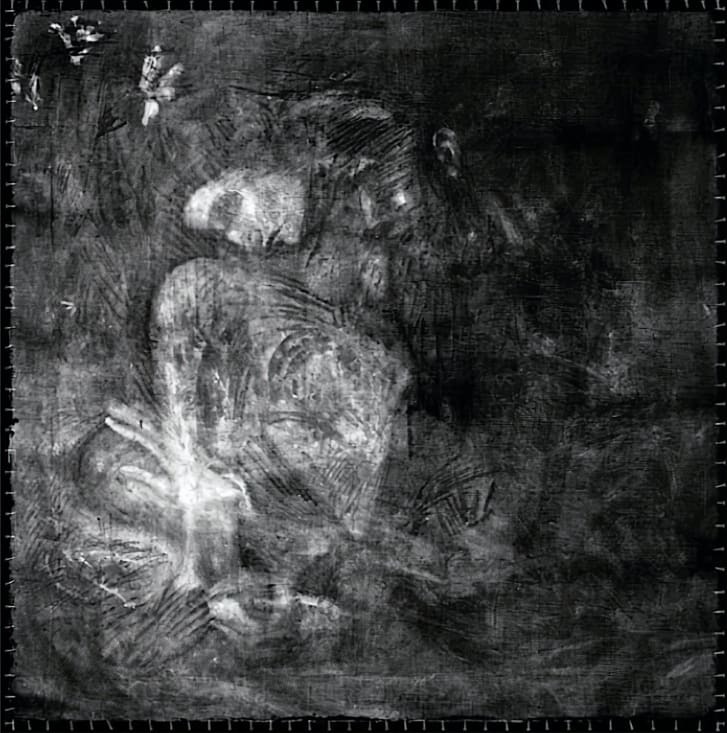 Finding a new Picasso is monumental regardless of the circumstances, but the fact that this work dates to the artist’s “Blue Period” makes it all the more important. As Oxia Palus co-founder George Cann notes, “At the time that Picasso painted ‘The Lonesome Crouching Nude’ and ‘The Blind Man’s Meal’ he was poor and artist materials were expensive, so he likely painted over the former work with reluctance.”

Considering that the figure has previously appeared in a number of Picasso’s sketches and in another painting, “La Vie,” Cann believes she was meaningful to the artist. “I hope that Picasso would be happy I knowing the treasure he’s hidden for future generations is finally being revealed, 48 years after his death and 118 years after the painting was concealed,” he told CNN.

Oxia Palus call themselves “the world’s first NeoMasters,” bringing to life an “artist parallel universe” currently disguised under unknown quantities of master artworks in collections around the world. Painting over older works is a common practice among artists, so there are potentially thousands of undiscovered works waiting to be unveiled by some of history’s most celebrated artists. 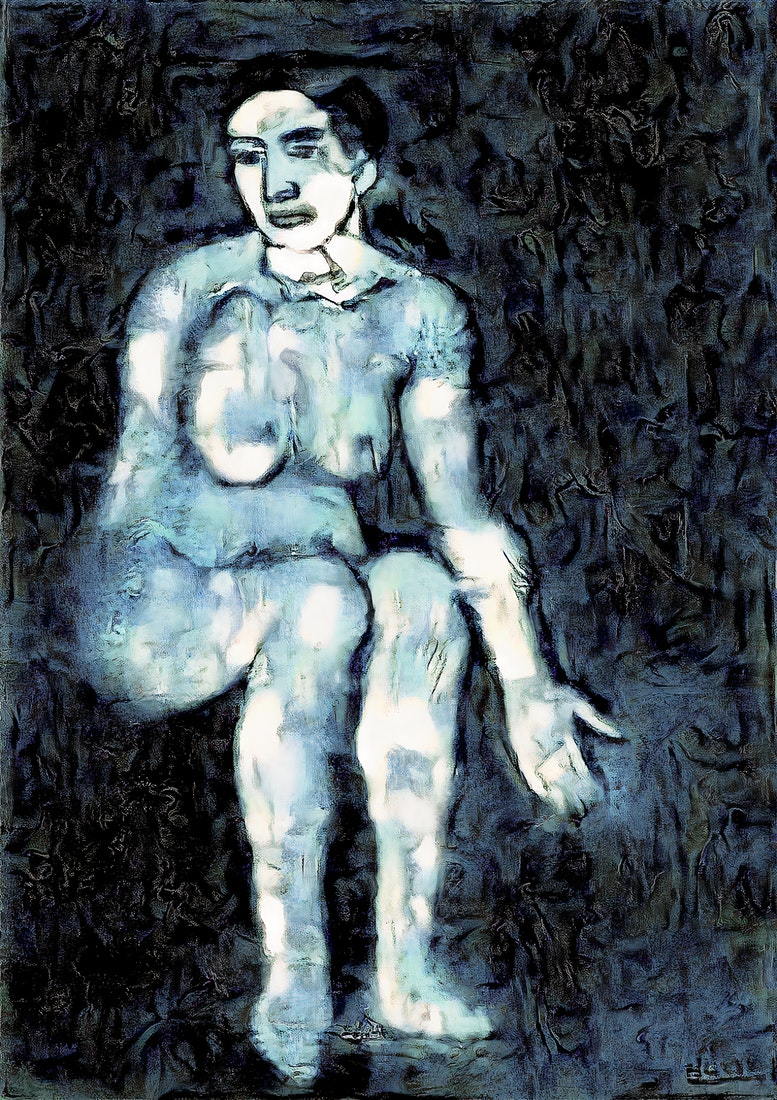 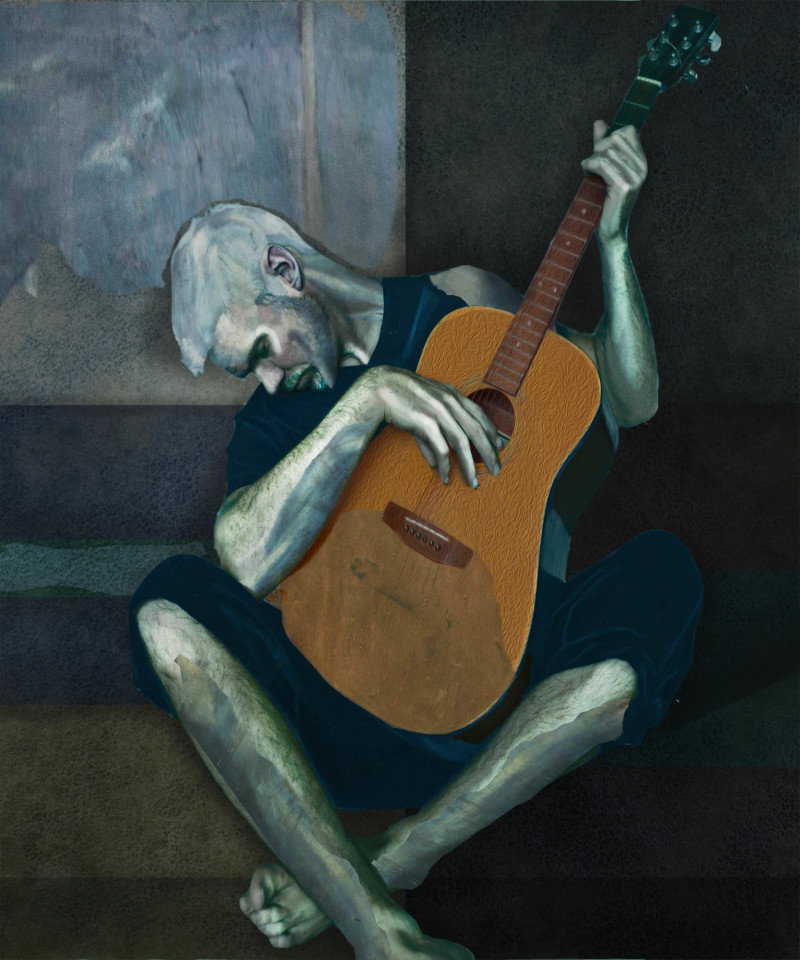 The company previously helped to reveal another Picasso, “La Femme Perdue,” disguised beneath the well-known work “The Old Guitarist,” painted in 1903 and 1904. Conservationists had discovered its rough outline in 1986 thorough x-radiography, but artificial intelligence made it possible to see the full piece. Oxia Palus also found an older Madonna hidden behind Leonardo da Vinci’s “Virgin of the Rocks.” In addition to printing them on canvas, the company reproduces the newly uncovered works on proprietary NFT ArtSticks for digital display.

The company works under the guidance of leading experts in art and computer vision, including Dr. David G. Stork, and is constantly looking for new talent to continue their search for unknown masterpieces, including Technical Art Historians, Spectroscopists (specialized in IRR, XRF and UV imaging), and Machine Learning Engineers.