The first four 3D printed houses to go on the market in the United States are ready for their new owners in Austin, Texas. The East 17th Street residences are a mini-neighborhood of modern black-and-white homes designed by Logan Architecture and built by construction technology company ICON. Each one is slightly different in size and layout, ranging from 900 to 2,000 square feet and costing between $450,000 and $745,000. 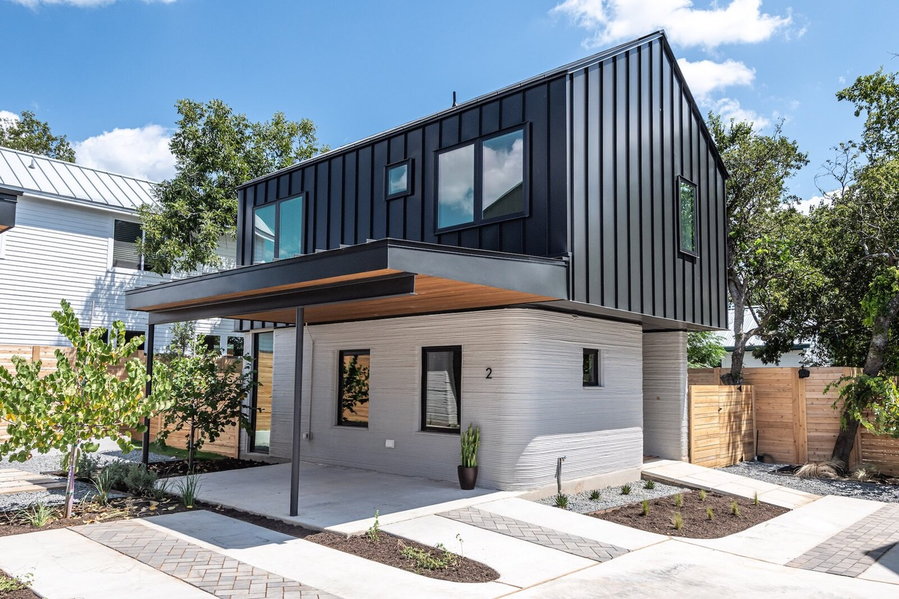 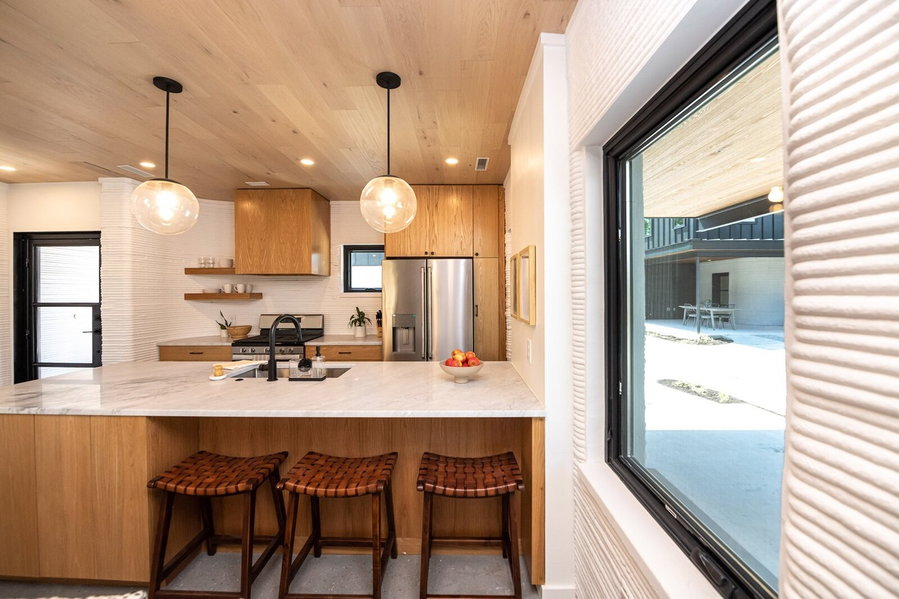 “The architectural design of the East 17th residences is a concerto between the stereotomic stone-like nature of the 3D printed concrete building bases and the tectonic, traditionally framed, upper volumes supported by their bases,” says Logan Architecture. “This duality, and the geometry informed by it, is inspired by the Neolithic Village of Skara Brae located on Orkney Island in the Northern Isles of Scotland. Skara Brae was built in 3,180 BC and was actively occupied for over 600 years. Although separated from the East 17th residences by five millennia, the challenges of the site and the epoch of the intervention upon it, as well as the inspiring optimism of human ingenuity, remain the same for both projects.” 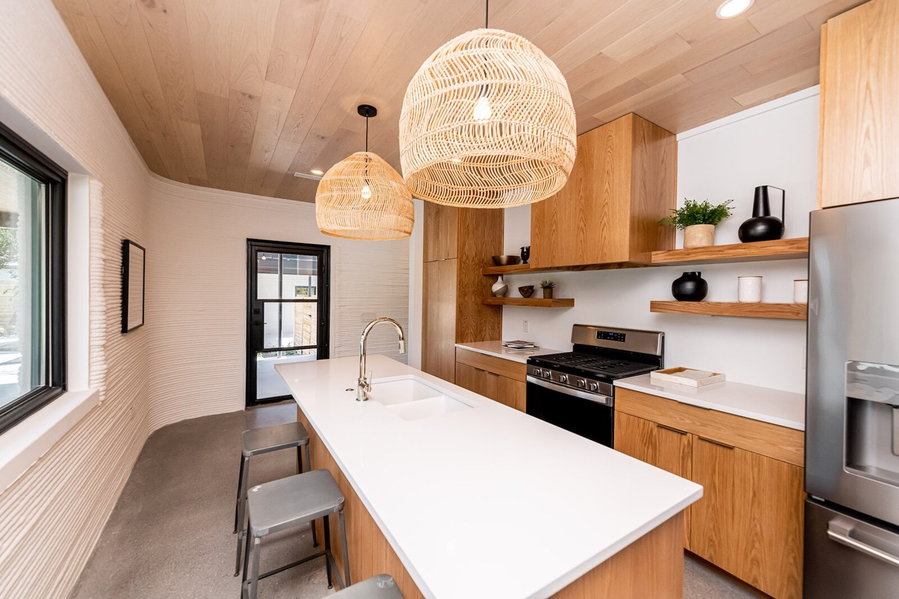 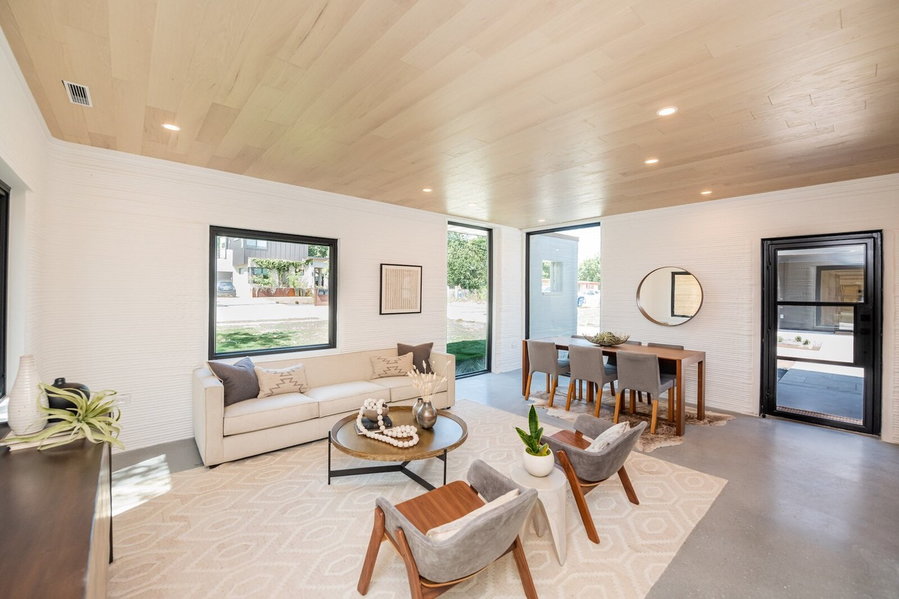 “The East 17th residences development by 3Strands are the first 3D printed homes for sale in the United States built using ICON’s proprietary technology and advanced materials – the 21st century equivalent of readily available stone. Like Skara Brae and the meticulous stone accomplishments of its builders, the design of the East 17th Residences is pushing the envelope for the capability of concrete and exploring the frontiers of what shape our new stone age should take. And perhaps 5,000 years from now, some future civilization will marvel at what 3Strands and ICON accomplished, with such primitive technology.”

Interior designer Claire Zinnecker drew inspiration from Southwestern style for the light, bright spaces inside the homes. A limited color palette of green, white, and terracotta harmonizes with the wood, metal, and concrete structural materials of the houses. The visibility of the 3D printed walls on the inside of the first floor are a primary design feature, giving each space an interesting element of texture and pattern. 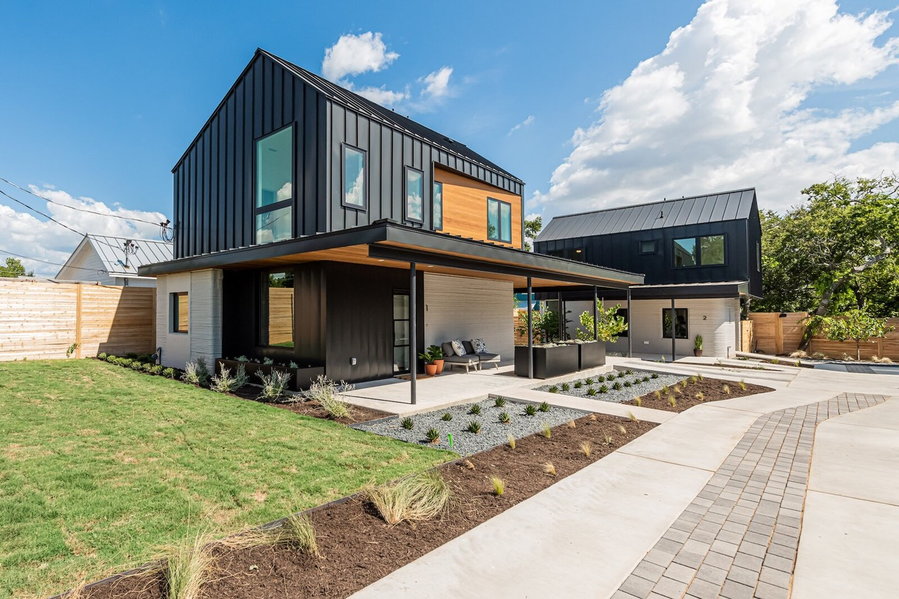 The 17th Street project is ICON’s second development in Austin, but the first to be made publicly available. Before it came “Community First! Village,” which consists of affordable homes designed to address homelessness in the city. The company also previously partnered with the Texas Military Department to design and 3D print an energy-efficient training barracks in Bastrop, Texas, which is currently the largest 3D printed structure in North America. Their technology is even in demand with NASA, which commissioned a student-led prototype lunar rocket landing pad with a vented design that redirects the plume away from the lunar surface. ICON is also working with NASA to 3D print a Martian analog habitat designed by the Bjarke Ingels Group at its Johnson Space Center.