Photorealistic architectural renderings allow designers and architects to fully unleash their creativity, imagining structures that are far outside the realm of what’s currently being built in the real world. The only problem is that being unrestricted by things like structural integrity and feasibility during the design process translates to structures that end up being physically impossible to bring to life. We all want cool, futuristic new buildings, but getting there requires a balance between realism and unfettered imagination. 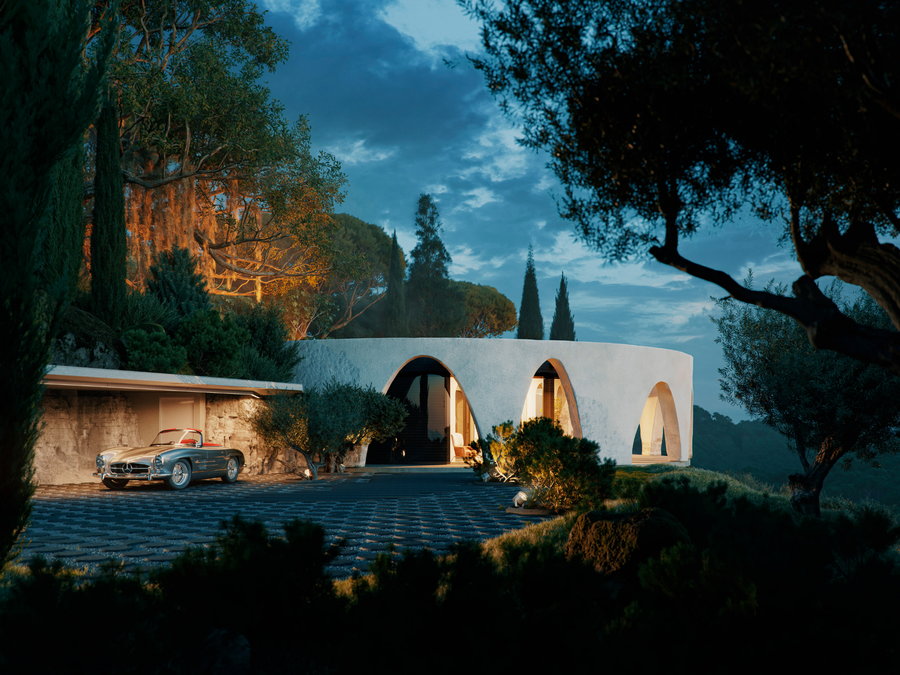 Some critics say they contribute to a gulf between client expectations and what architects are able to deliver, and frankly, it’s hard to argue with that. Over the last decade, we’ve seen some pretty outrageous visions of vertical greenery that skyscrapers probably can’t actually support, ultramodern residences spliced into remote cliffs, and other concepts that are unlikely to ever be built as they’re pictured in initial renderings.

But in the process of making such ideas workable, there’s often middle ground to be found. When there’s plenty of money available for the project, things that seem improbable sometimes manage to materialize, and smaller details can always be easily modified. Other times, even renderings that look so spectacular they can’t possibly become reality defy all expectations. But perhaps the best creative architectural renderings of all break out of contemporary constraints to hurtle us into a more interesting future. 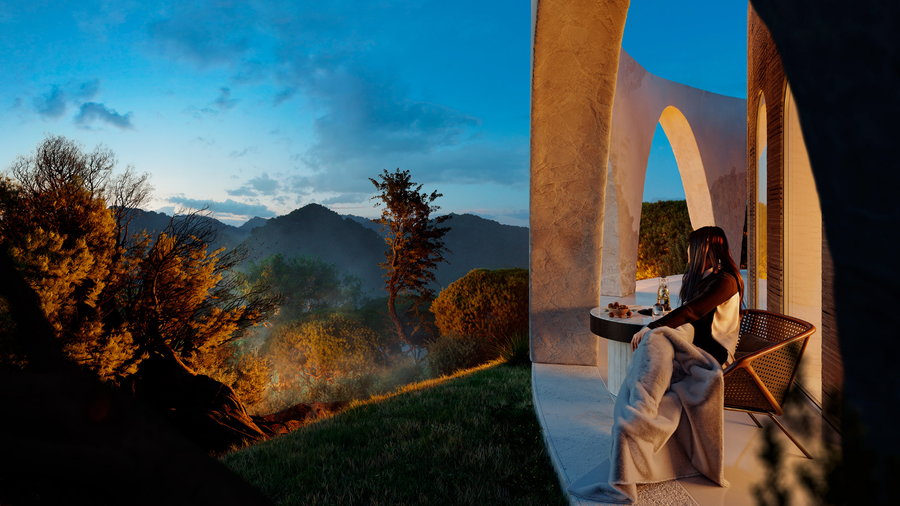 Polish architect and designer Bartosz Domiczek has built an impressive portfolio brimming with these kinds of buildings, some more futuristic than others. While those straddling massive waterfalls (or designed for other planets altogether) are more conceptual, some are fully ready to go, despite being very different from most architecture seen in cities today.

“Henge Hill” is one of those creations. It takes the footprint of an old farm storage building set upon picturesque olive slopes in an unnamed Mediterranean region and crafts the remaining “ruins” into a protective shell, which is itself “restored and anchors the new suites of rooms deep in genius loci.”

These types of adaptive reuse projects can be pretty striking in rural areas, and they’re only growing more common. Real-life examples like renovated stone ruins in Portugal by N2X Aarquitectos and on the Azores island of Pico by SAMI Architects keep some of the original dilapidated structures intact, nestling modern architectural elements within them to retain a contrast between old and new. But “Henge Hill” takes this idea a few steps further in a few different ways. 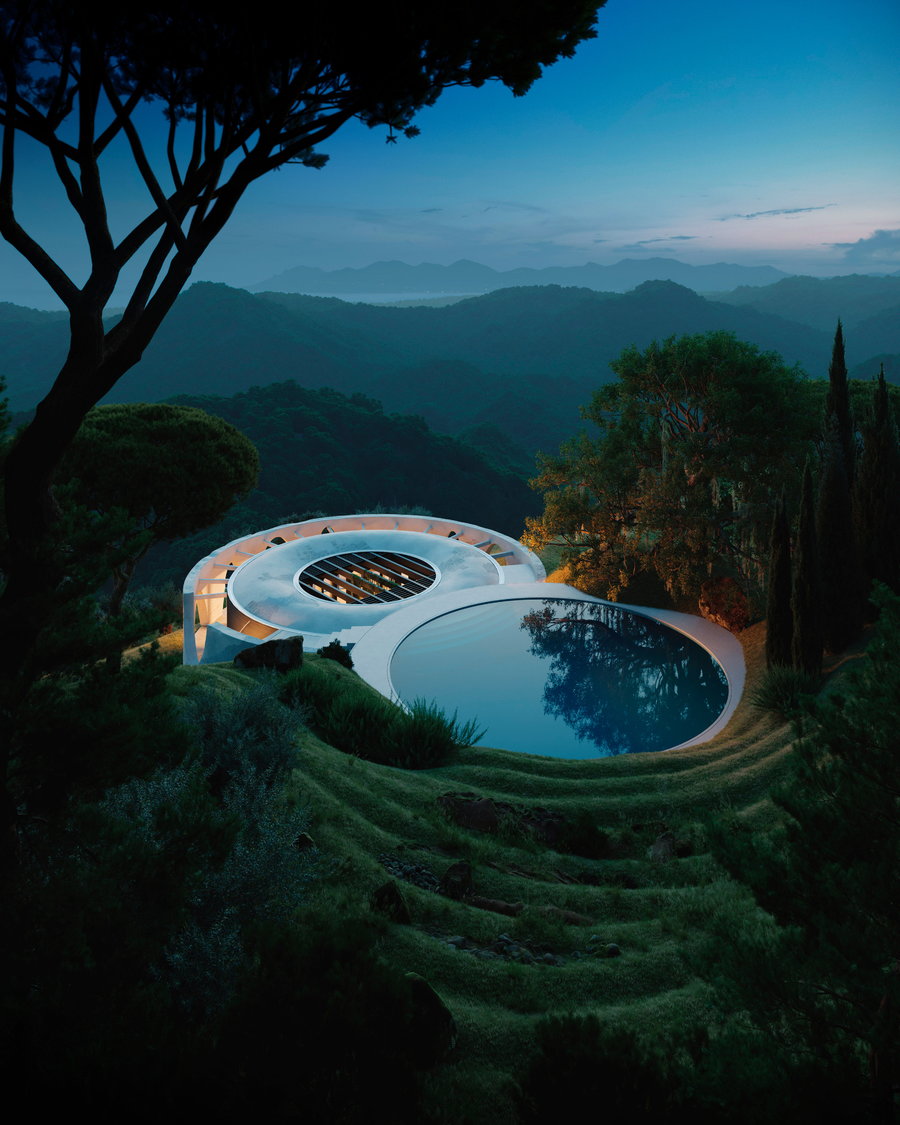 First, there’s the rounded shape. Within the original ruins, rooms are arranged around a central courtyard that opens to the sky. The outermost ring of the home is left open to the outdoors, as well, creating a semicircle of indoor-outdoor space looking out across the landscape.

Then there’s the way this circle merges with a second one that’s built just slightly higher up on the terraced landscape. Impressively, this swimming pool is as large as the entire home. Inside, the decor is bright, livable, and accented by all sorts of interesting textures, like the brick floors set into hexagonal shapes seen throughout. 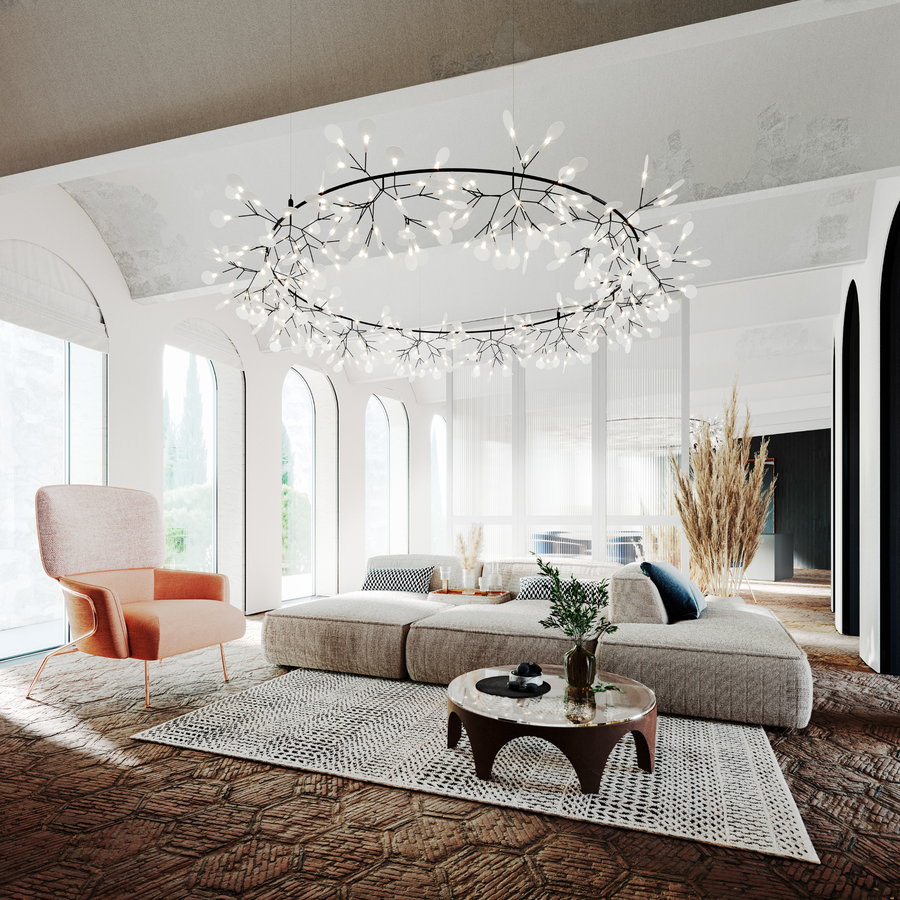 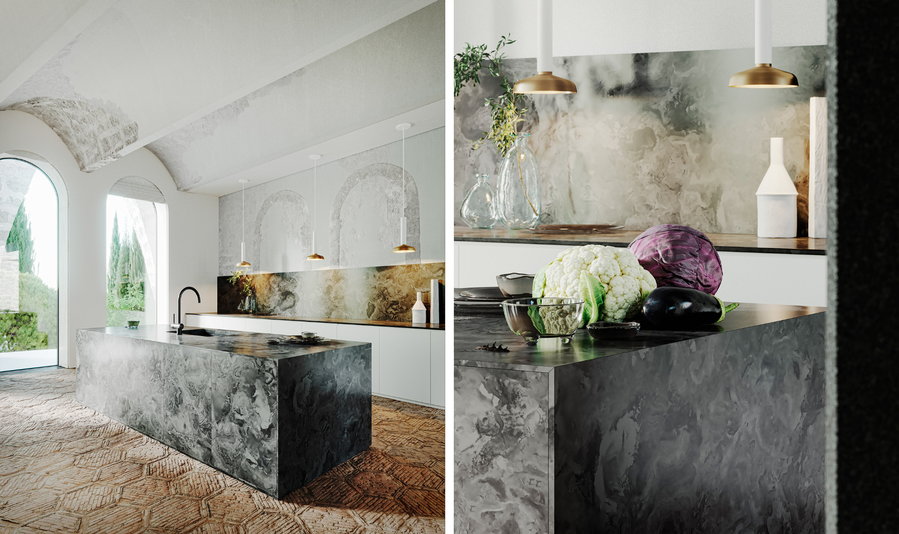 This dwelling has plenty of futuristic flair to it without feeling like an impossibility — and it makes us wonder why there aren’t a whole lot more round homes out there. 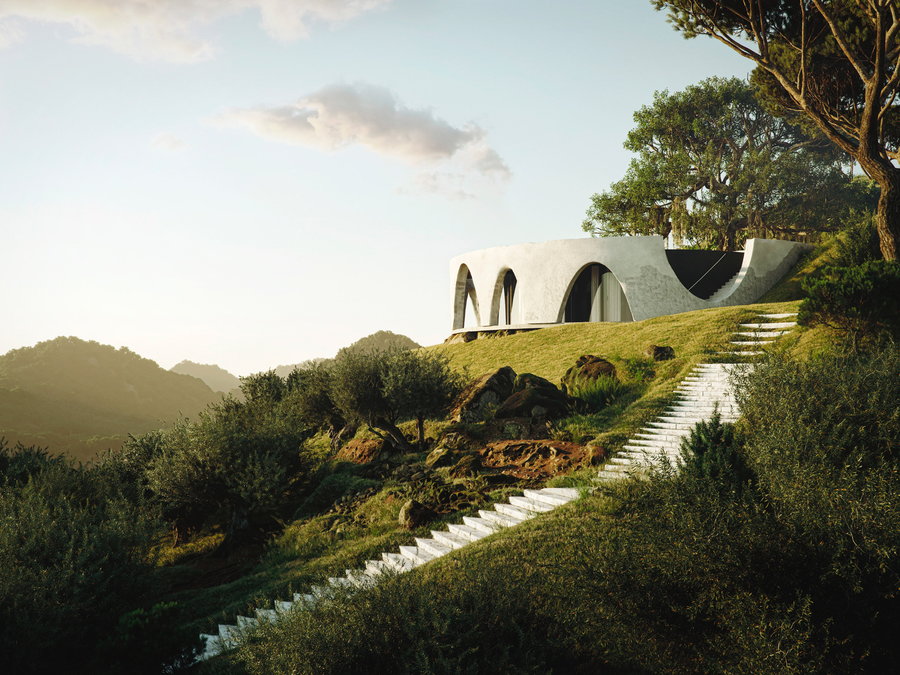 If you’d like to see more home concepts in a similar vein, check out Domiczek’s “Northern Wisps” cabin, “Hoodoo House,” which was built among natural rock formations, and “The Outpost,” a tropical home that looks primed to survive whatever challenge climate change might throw at it.