We live in strange liminal times of uncanny virtual Instagram models and CGI that almost comes close to looking real, but generally falls short. Technology has ramped up a lot since the 1990s, but we’re really only in the infancy of a new digital era, with seemingly endless possibilities before us. 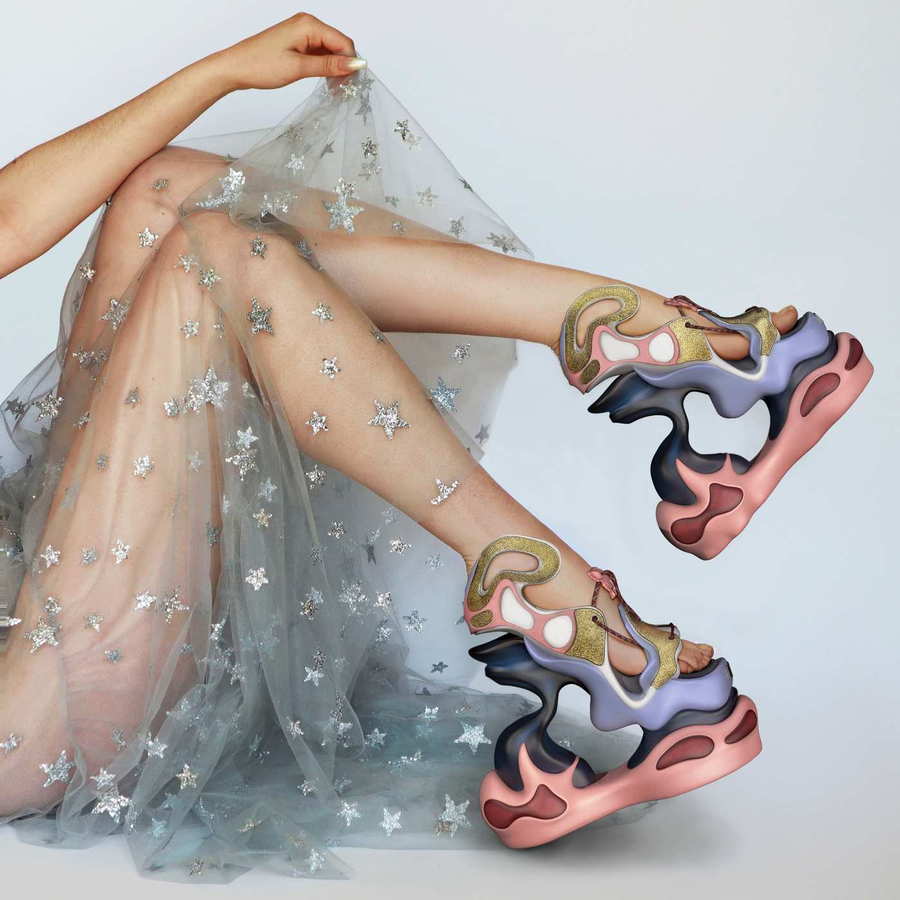 Are we headed straight toward living in a world that looks like a mashup of Minority Report, Terminator, and The Matrix, or will technology somehow save us from impending ecological collapse and usher us into a new labor-free socialist utopia? Who knows! But in the meantime, we have weird stuff like virtual fashion to distract us.

A company called Happy99 is on the cutting edge of a new trend: clothing and accessories that are fully unhindered by pesky things like manufacturing realities. Artists Nathalie Nguyen and Dominic Lopez first conceived of the brand when they wanted to create real, wearable shoes unlike anything anyone had ever seen before, but they quickly realized the technology to produce them didn’t actually exist. Just the molds for their futuristic shoes would have cost around $2,000 each. 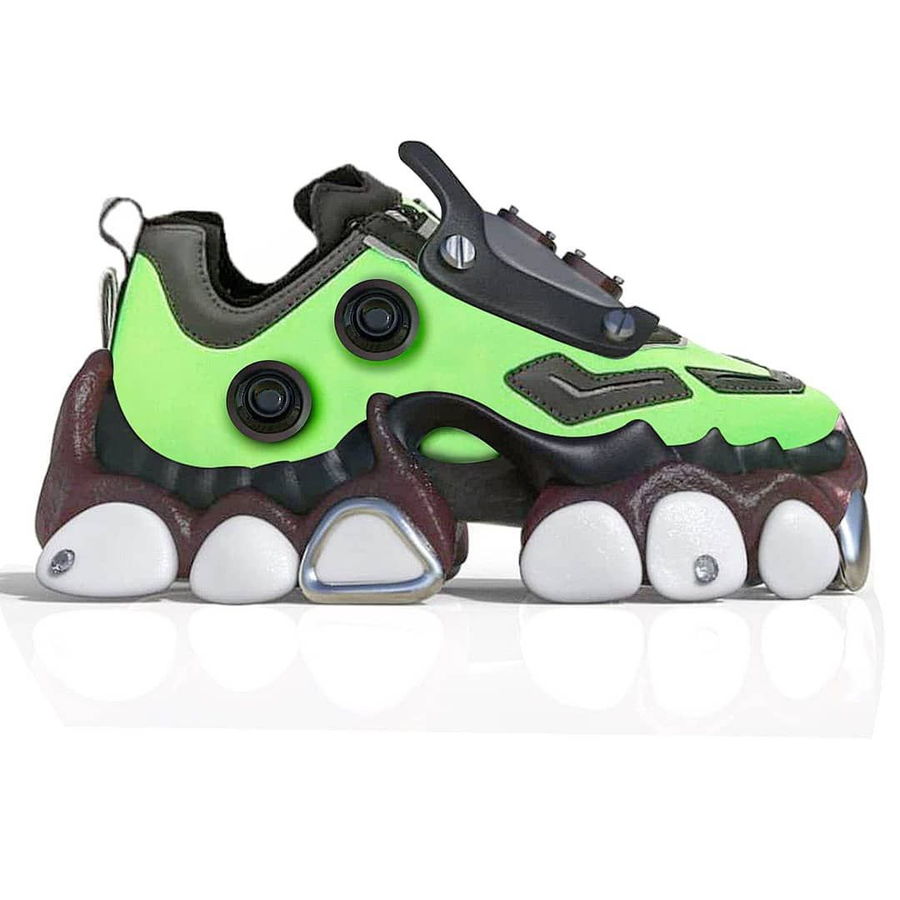 “We didn’t want to let this stop us from designing shoes, so we decided to use 3D programs to actualize our ideas,” Nguyen told The Cut.

Both designers brought something to the table: Nguyen’s work in illustration and tech was a natural fit for virtual influencer design, while Lopez has a background in music production and creating video games. They posted just two concepts on Instagram before stylists for celebrities like Lady Gaga and Grimes started requesting samples, and soon enough, Happy99 had over 18,000 followers. 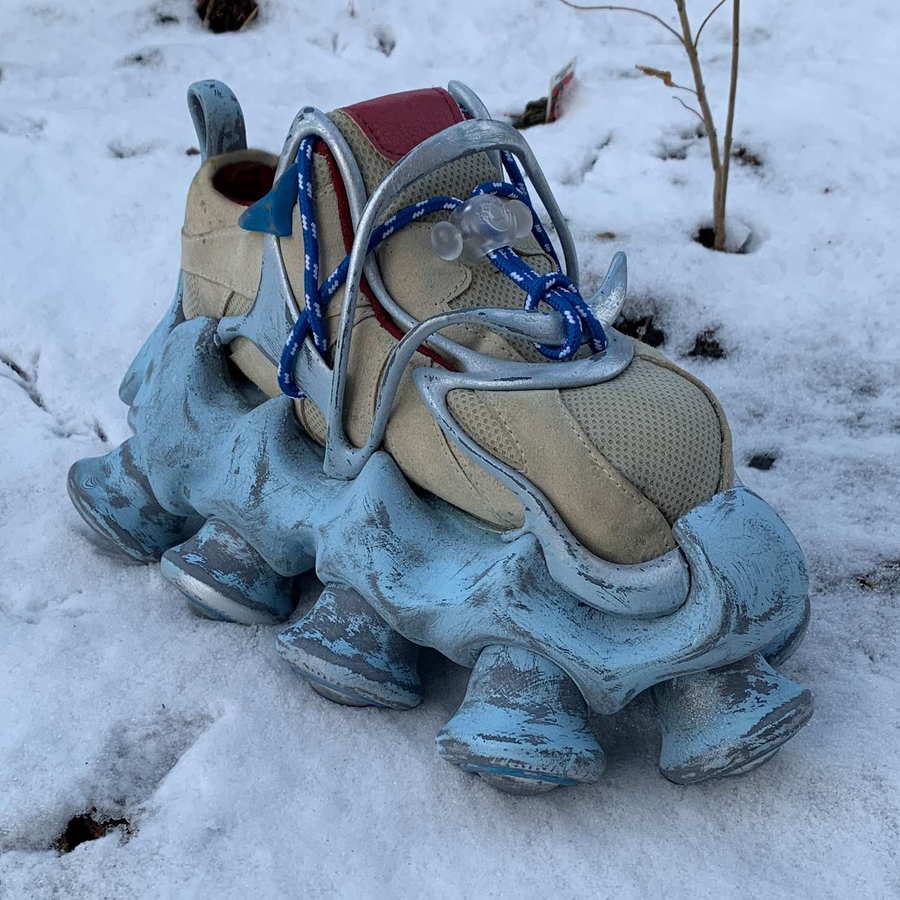 Their creations are arguably the coolest shoes on the internet (or ugliest, depending on your perspective), but for a long time, you still couldn’t actually wear them. Their physical existence was almost beside the point. To show them off as virtual designs, the duo needed models, but they were put off by the hyper-sexualization of most 3D models of women used by other creators of virtual fashion. Wanting to go in a different, more realistic direction with Happy99, Nguyen and Lopez photoshopped their shoe renderings onto images of their friends.

@princessgollum in our new Overbyte sneakers

People loved the designs so much, “they’re angry at us for not producing something that they can purchase,” Nguyen told Vice. Wary of the impacts of fast fashion and unbridled consumerism, she’s still looking into ways to manufacture small runs of the shoes, but for now, Happy99’s physical goods are limited to tote bags, hoodies, t-shirts, and plush dolls. 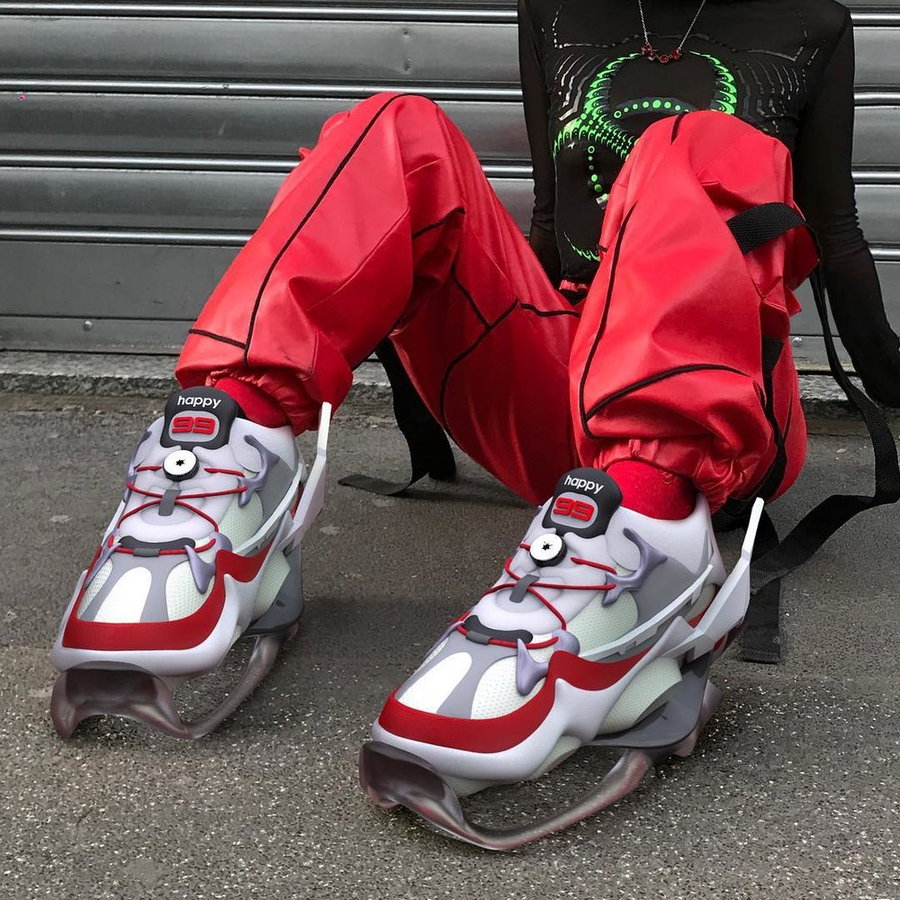 Salivating fans, take heart: the company did manage to create a real, handcrafted physical prototype, so more might be coming eventually. In the end, though, Happy99’s fashion is more about “narrative storytelling” than it is consumable products. It’ll be interesting to see whether this trend takes off on a larger scale, and how it morphs in the future, but in the meantime, you can catch these highly creative designs on Instagram or at Happy99.store, where the designers have put together a virtual Spring 2020 runway collection.