Artists often explore different mediums across their careers. A poet ventures into narrative mode and pens a novel, a master of watercolors shocks their fans with a sublime marble sculpture, and a violin virtuoso suddenly transforms into a hard rock guitar master. Nonetheless, versatility in the arts is both expected and feared by the creators and their followers. Renowned artist Igor Morski chose this path: 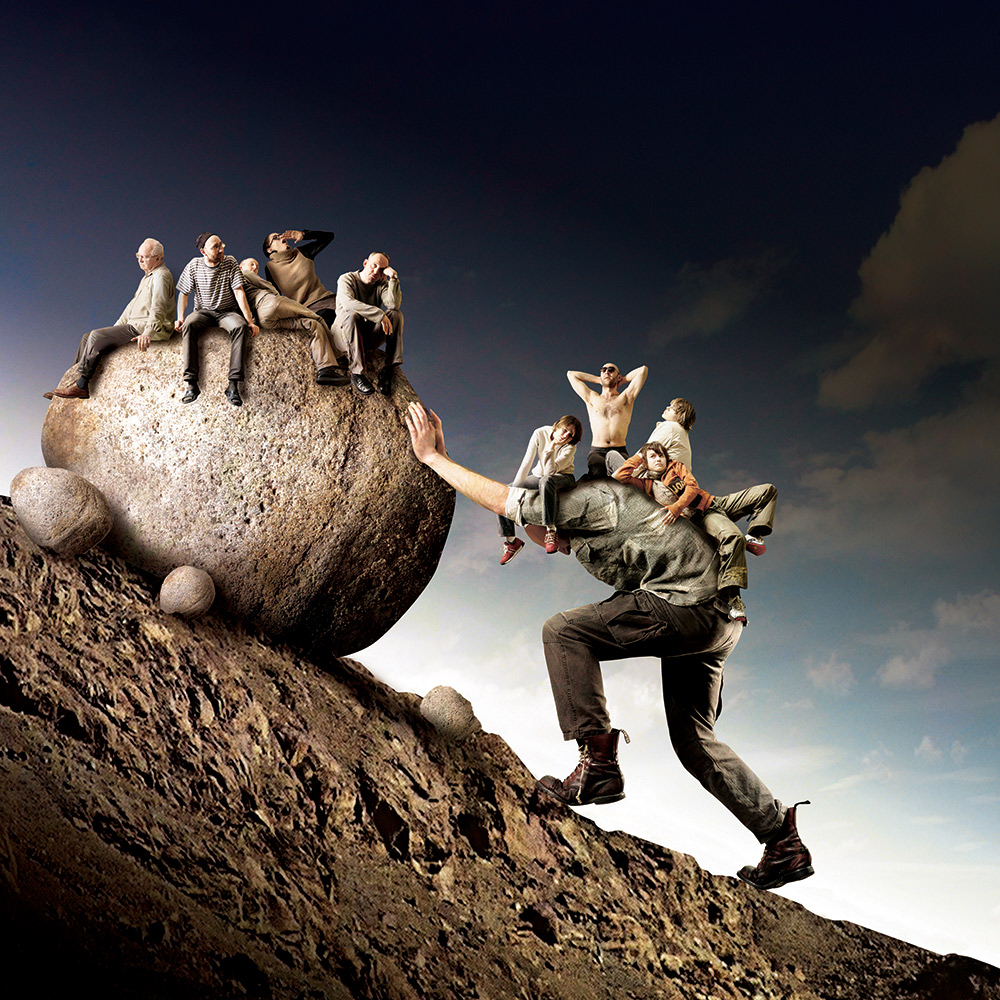 Morski began his career right after he graduated from the Interior Architecture and Industrial Design Faculty at the State Higher School of Fine Art (now known as the University of Arts) in his hometown of Poznań, Poland. His first professional job was in public broadcasting, where he designed and built sets for popular Polish television shows centered around commentary, theater, and culture.

From there, Morski took center stage as a press illustrator, creating nearly 1000 illustrations for a range of renowned international magazines, including Wprost, Newsweek, Businessweek, Businessman Magazine, Focus, American Deloitte Review, Australian, Prevention, Money, Men’s Health, Women’s Health, and George. His work has earned him many impressive honors, including Communication Arts Excellence Awards in both 2008 and 2010 and an Applied Arts Award in 2010. 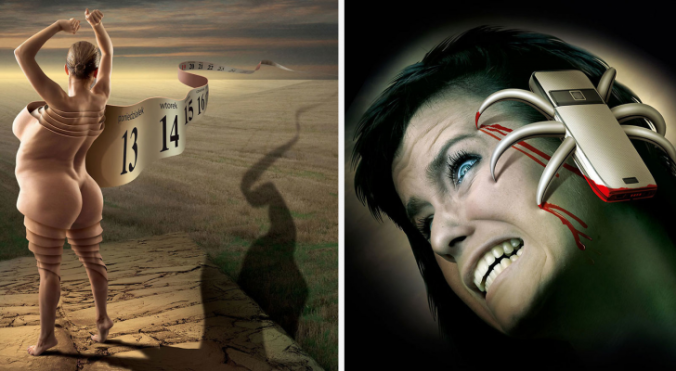 Almost 10 years after college graduation and 20 years after beginning life as a press illustrator, Morski ventured out on his own in 1995 and opened a graphic design studio, Morski Studio Graficzne, in Poznan. In a 2013 interview by Emma Rose of Sunrise Artists, Morski explains how his career beautifully transitioned from business illustrations to the surreal art he’s now best known for.

“My surrealism has appeared a little bit by accident. For 20 years I have been working as a press illustrator. Most of this time I have been associated with the Polish weekly magazine Wprost,” he said. 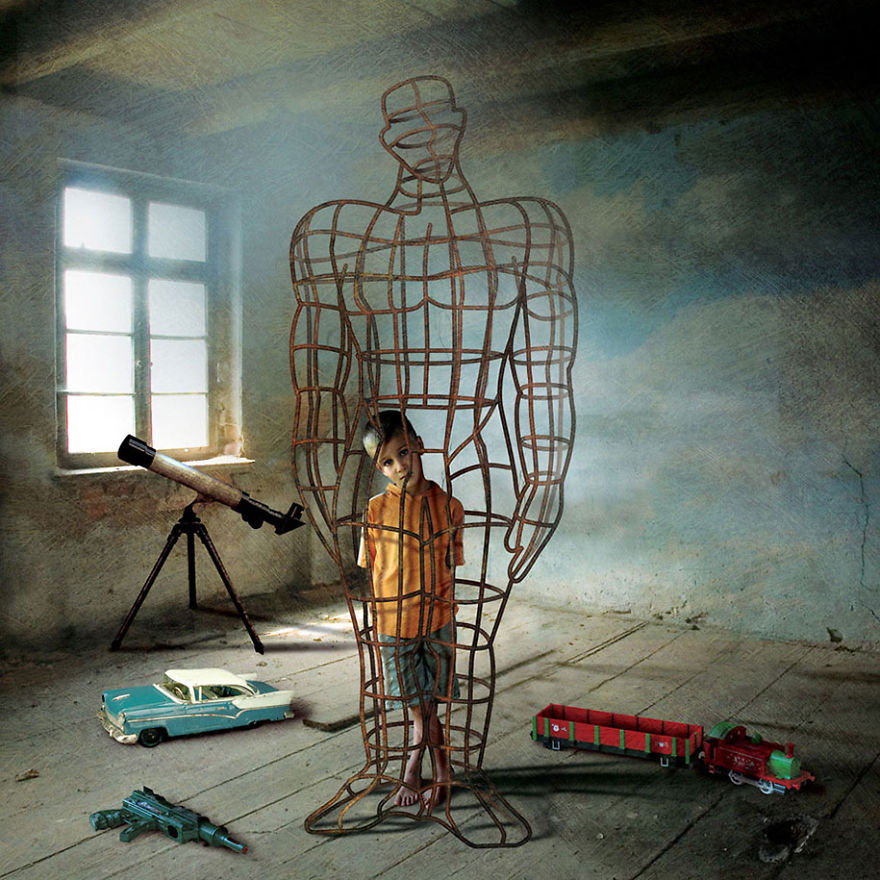 “The beginning of cooperation with Wprost coincided with the decision by the publisher of this magazine to illustrate with only one type of illustration, based on photo manipulation. This, I must admit, made a great impression, because people were not familiar with Photoshop, and many illustrations were taken literally, as if what was shown in the illustration was really true. This was especially true of photomontages with politicians. The fact that since then I have worked on photographic material has caused surrealism to appear in my work. The mere fact of depicting everything upside down has made me a surrealist.” 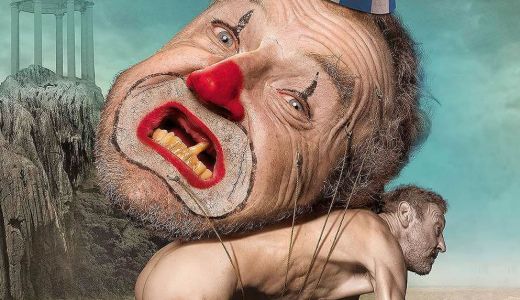 Rose then asked what inspired his decisions to produce realistically impossible combinations. Morski replied: “Everyone has something else in mind. As for me, it is my part of the brain responsible for imagination which works the best. On the other hand, you can say that my brain works as [a] humorous surrealist, and everything I see is immediately placed down in my own unique way, adding funny contexts so that ideas actually come to me almost immediately. I do not need to spend too much time for them.”

When asked to explain his creative process, Morski clarified: “Creative process, hmm. Due to the nature of the work, topics come to me from the outside. In my head is formed an idea, but it sometimes happens that I have to carry out someone else’s ideas. An important element is the evaluation of the measures and their correlation with the time needed, and allocated budget for a particular project. However, usually, the time is a decisive factor as far as means are concerned. I am passionate about what I do, so the money is not the most important factor for me, sometimes I work ‘outside’ budget i.e. I work for free.” 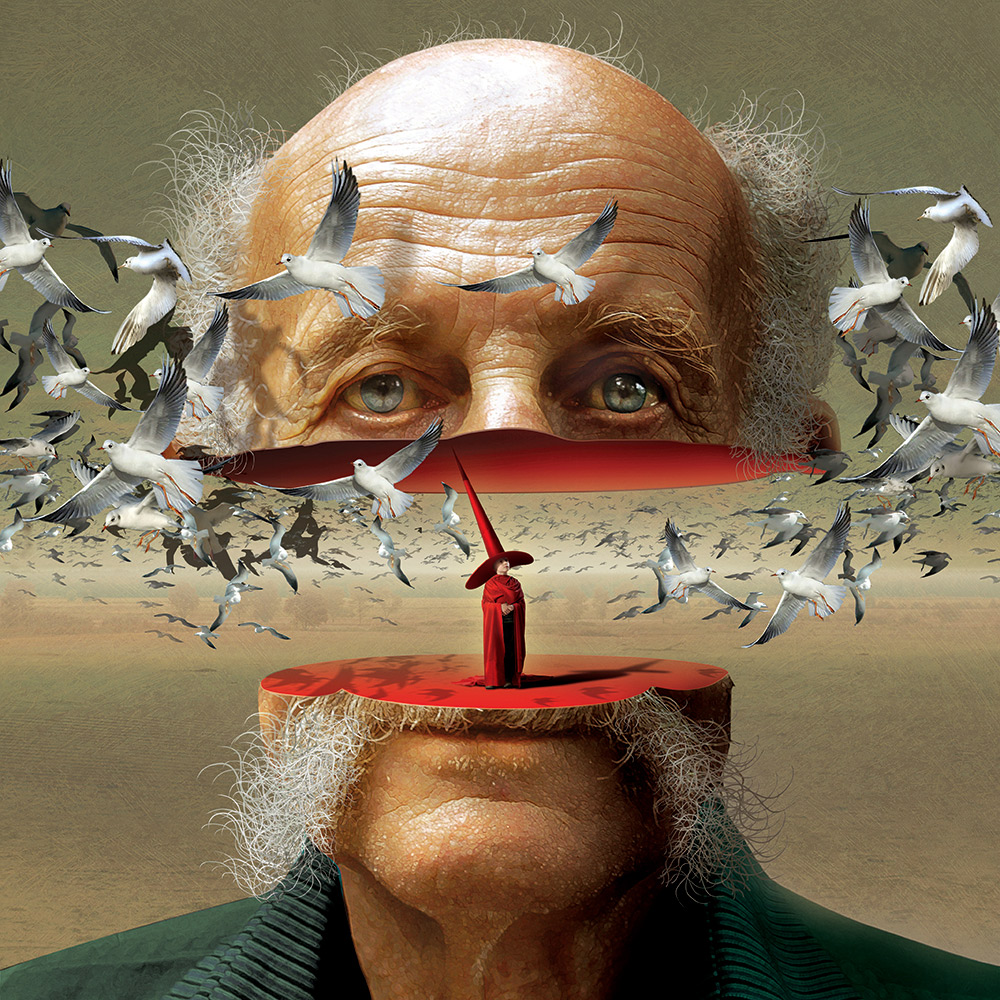 “Time, however, cannot be stretched and the fact is that it actually decides on the choice of means and the method of implementation. In cooperation with the press it often means making reduction to the project to the point when it is possible to complete it in a given time. To make things on time I have taken many shortcuts, but I have never been late.”

In private, Morski speaks with pride about his two daughters. His personal interests include theoretical physics, cosmology, and genetics. While he invites everyone to enjoy his surreal artworks, he cautions those who new to his work that he’s a big fan of graphic imagery.