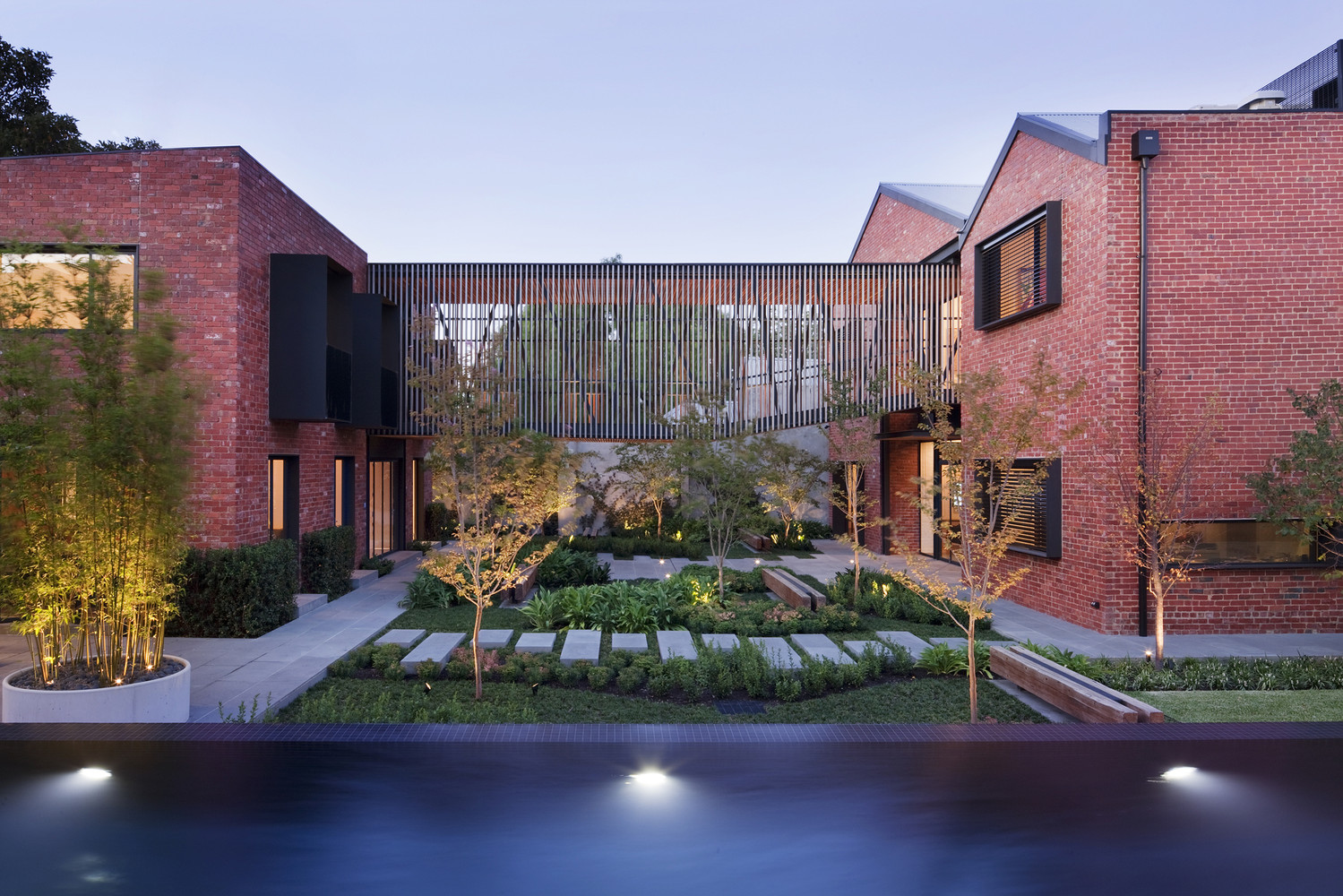 What could be cooler than a converted warehouse home or a renovated bakery residence? How about combining them both, with a skyway-style (but semi-enclosed) bridge spanning a new courtyard space built in between. 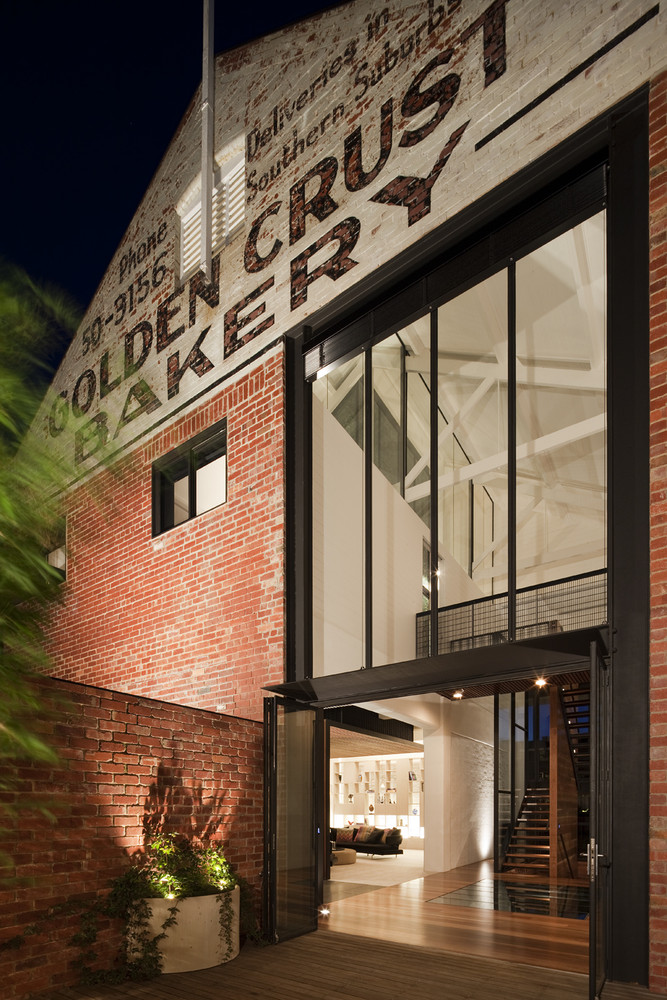 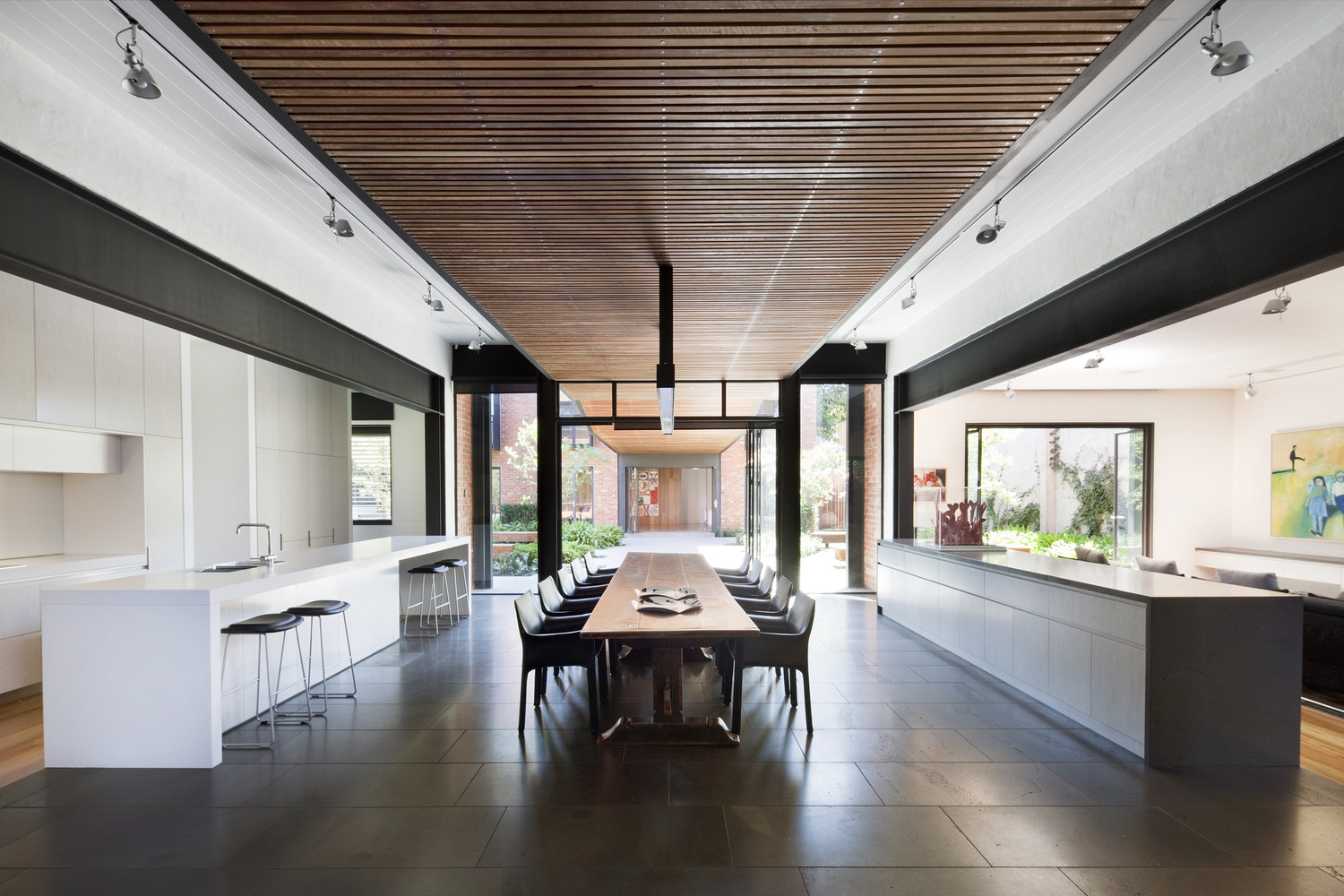 This project by JCB of Melbourne took two old structures (both slated for demolition) and tied them together, creating a sizable dwelling for a likewise-large family.  Greenery and garden paths make additional visual and physical connections along the ground floor. 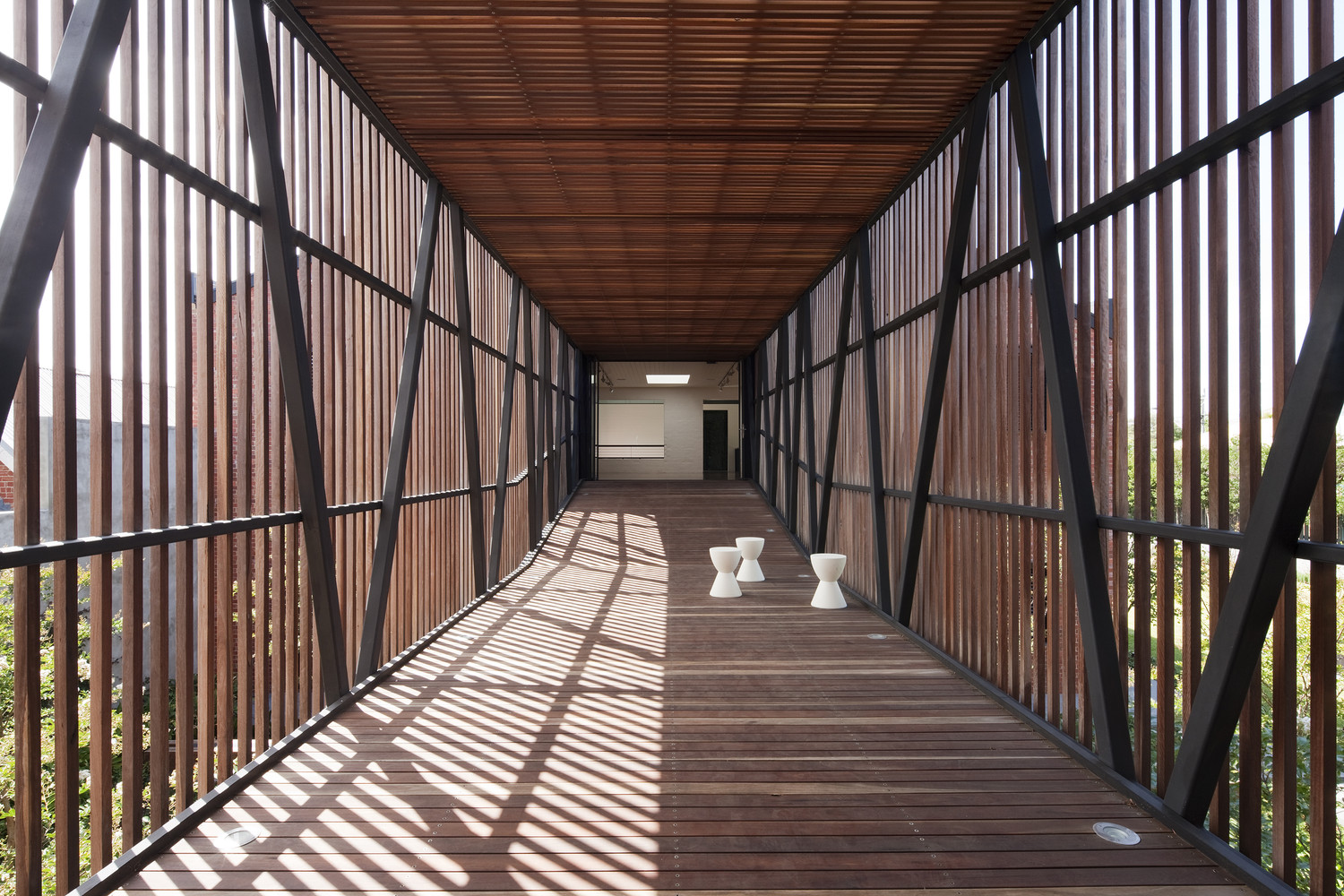 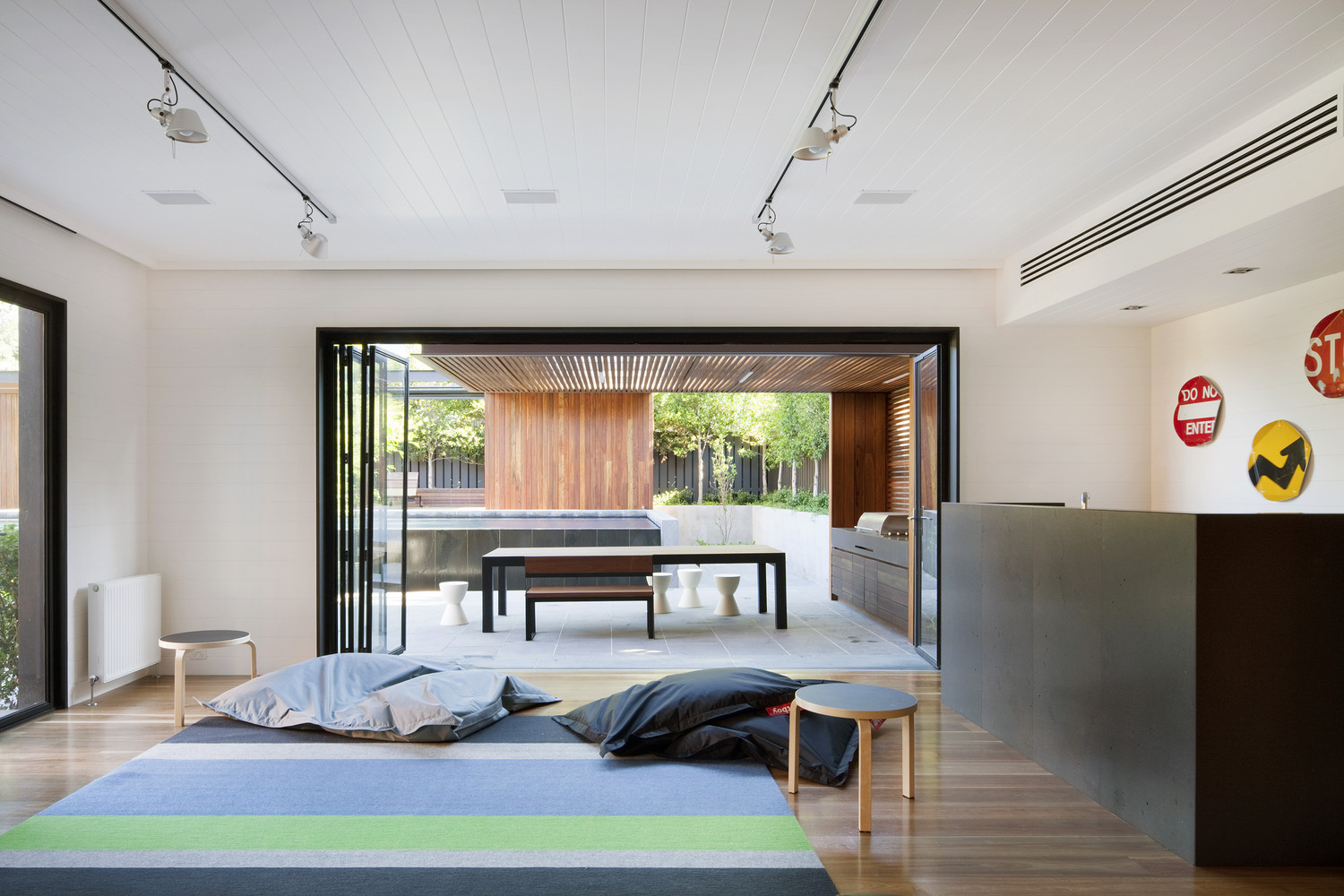 While some elements have been added, much of the original building fabric remains intact, particularly on the exterior – and additions (such as sun-sheltering black window boxes) stand out as intentionally different. Even the faded sign for the Golden Crust Bakery can be read along one outside wall.

Inside, the story is different – some double-height spaces still show off the (now white, repainted) beams of the original building, but much has been modernized for the comfort and style of the clients. Still, some of the neatest elements remain, including rough red brick both inside and out. And some of the new features are at least fun, if slightly strange, like mixed red-and-mirror bathroom wall tiles and an interstitial space with green plant-themed wall finishes, offsetting the woods, whites, grays and blacks that define core spaces. 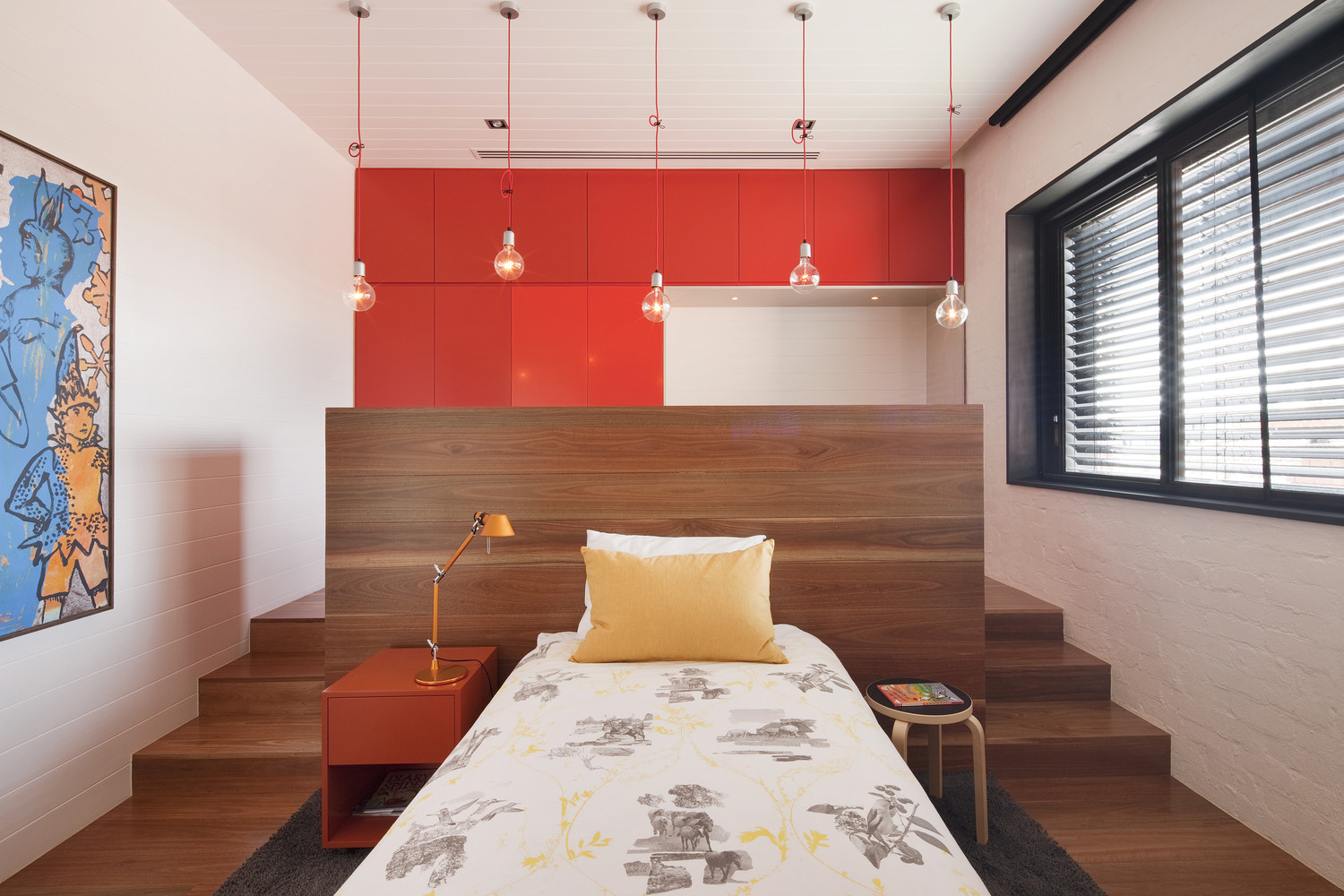 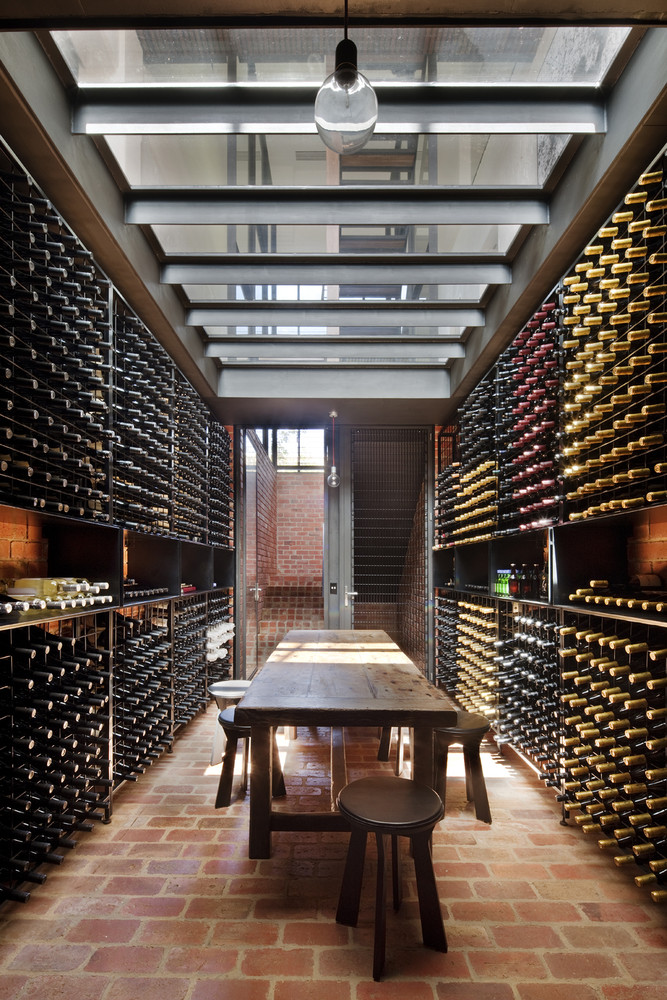 “This project commenced in 2006 as a residential warehouse fit-out of the former Golden Crust Bakery in Armadale. In its more recent life the Golden Crust Bakery had suffered from a mock French provincial make over that was incongruous with the original architecture. The building was in a state of serious deterioration and whilst it was perceived to have potential to meet our clients brief, the possibility of demolition was a serious consideration on the basis that the building was not protected by any heritage overlays.”

“The clients made an early decision to commit to retaining the Bakery which was highly valued in the streetscape by the surrounding neighbours. The project was approached on the common understanding between client and architect that the building would be re-invigorated with careful attention to appropriate detailing which would both preserve and enhance its semi-industrial appeal.  The client’s uncompromised commitment to the preservation and enhancement of the existing fabric provided the foundation for the project’s ultimate success.”