In times of political unrest and social upheaval, art becomes more important than ever, especially in terms of offering commentary on the state of the times. Chinese artist Ai Weiwei has never been one to shy away from the political arena in his work, and his latest series of installations in New York City is just another string to his already replete bow of manifestos that address current world issues. This time, Weiwei has created three large-scale artworks that protest the proposed wall along the Mexican border — a concept envisaged by President Donald Trump and used as a cornerstone of his presidential campaign in 2016. Dornob has previously covered some of the competing plans for the border wall’s construction, but as of yet, none of them has come to fruition. 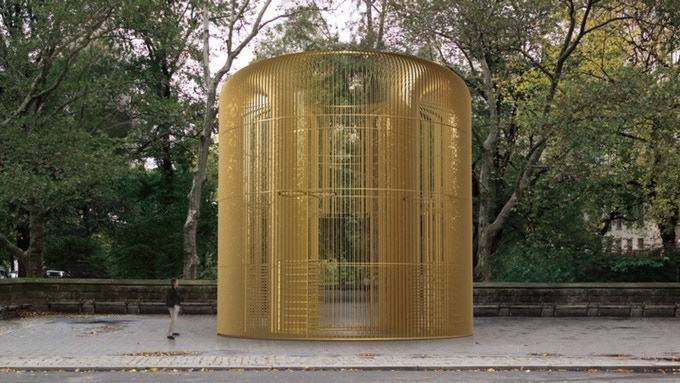 Ai Weiwei’s latest series is entitled “Good Fences Make Good Neighbors” and can be read a comment on the structures used to separate and divide societies. The title comes from the 1914 Robert Frost poem “Mending Wall,” and all three structures in the series are constructed from vertical metal bars that resemble fencing — the likes of which could potentially be used in the building of Trump’s border wall. The installations have been placed in three key locations around the city: Central Park, Washington Square Park, and Queens. 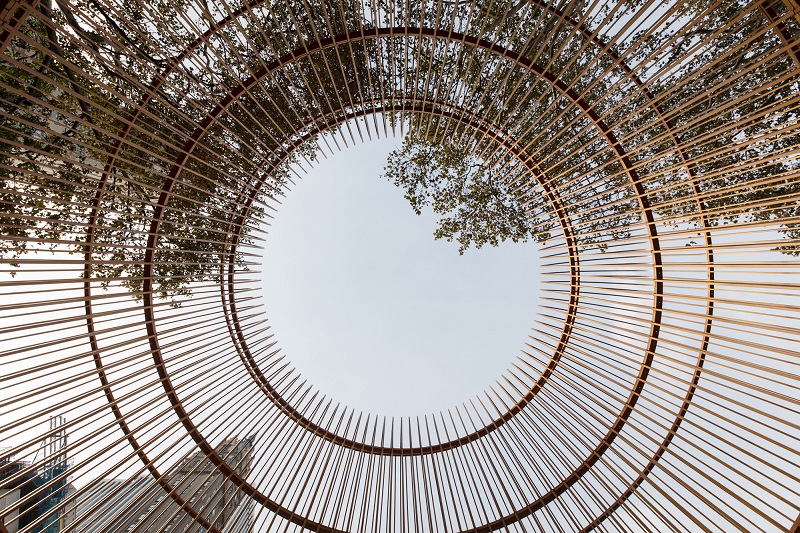 The Central Park installation is called “Gilded Cage” and consists of a cylindrical structure that has been painted gold. The cage has also been equipped with a turnstile and bears a circular opening in its roof. There’s a tension between the openness of the structure — in terms of both the wide spaces between the bars and the opening to the sky — and the enclosure it creates, which could potentially be perceived as claustrophobic by the observer. The gold paint was a deliberate choice on Ai Weiwei’s part, and one made in hopes of enticing Donald Trump himself to the cage. The president’s love of all things shiny and glitzy is well-documented, and Trump Tower is just minutes away from the installation. 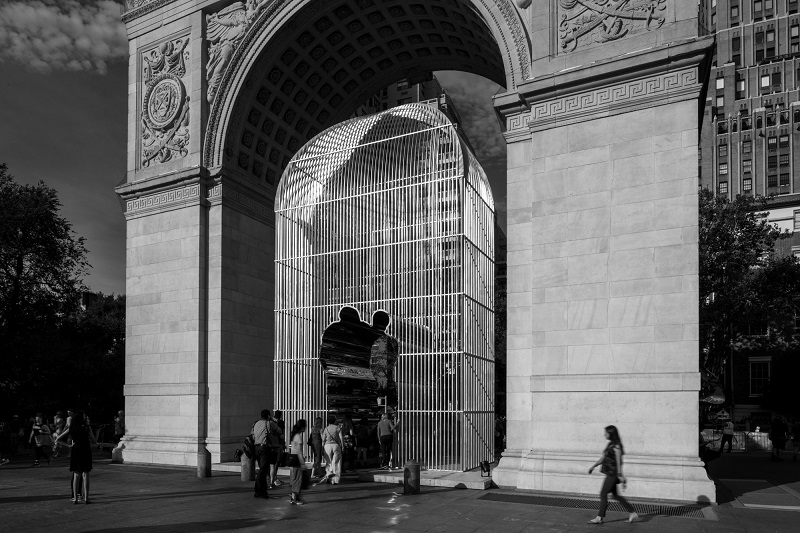 The second installation slots directly in under the arch in Washington Square Park. It has an opening in its center that visitors can pass through, the arch of which is covered in a seamless, undulating metal that forms two human silhouettes and contrasts with the silver bars making up the rest of the structure. 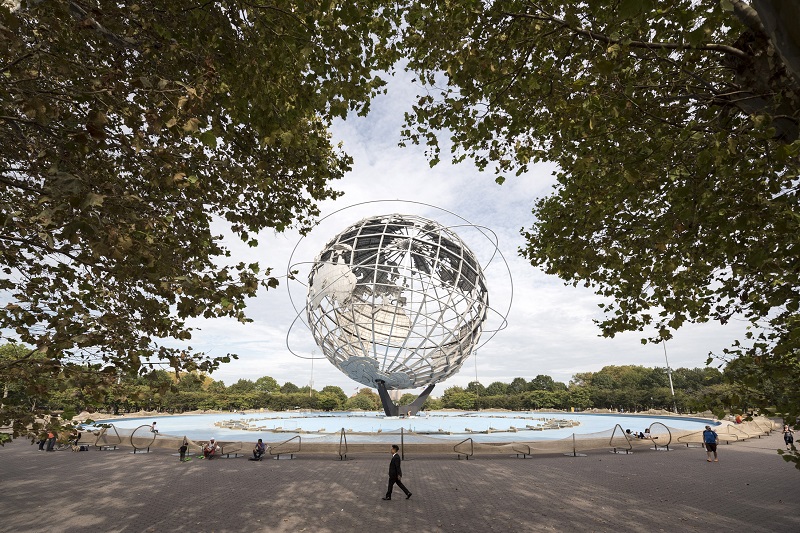 For the Queens installation, Weiwei wrapped an existing silver sphere (which was erected for the 1968 World’s Fair) in a low-lying mesh to create a fence, preventing the children who usually use it to play from accessing it and highlighting the division that occurs when such structures are put in place. The project was funded via Kickstarter, and Ai Weiwei hopes it will create awareness of the negative effect barriers have on the people and places into which they are installed. The series will be on display from October 12th of 2017 to February 11th of 2018, and it will be accompanied by a group of smaller works located around New York City.