Artist Edoardo Tresoldi typically works in a highly unusual medium: metallic mesh, crafted into translucent architectural assemblages resembling hazy ghosts. As layer upon layer of mesh is shaped into a structure, indistinct silhouettes appear. It’s often hard to tell where each sculpture begins and ends. Much of Tresoldi’s work deals in architectural ruins, too, making visual and symbolic connections between loss and memory. 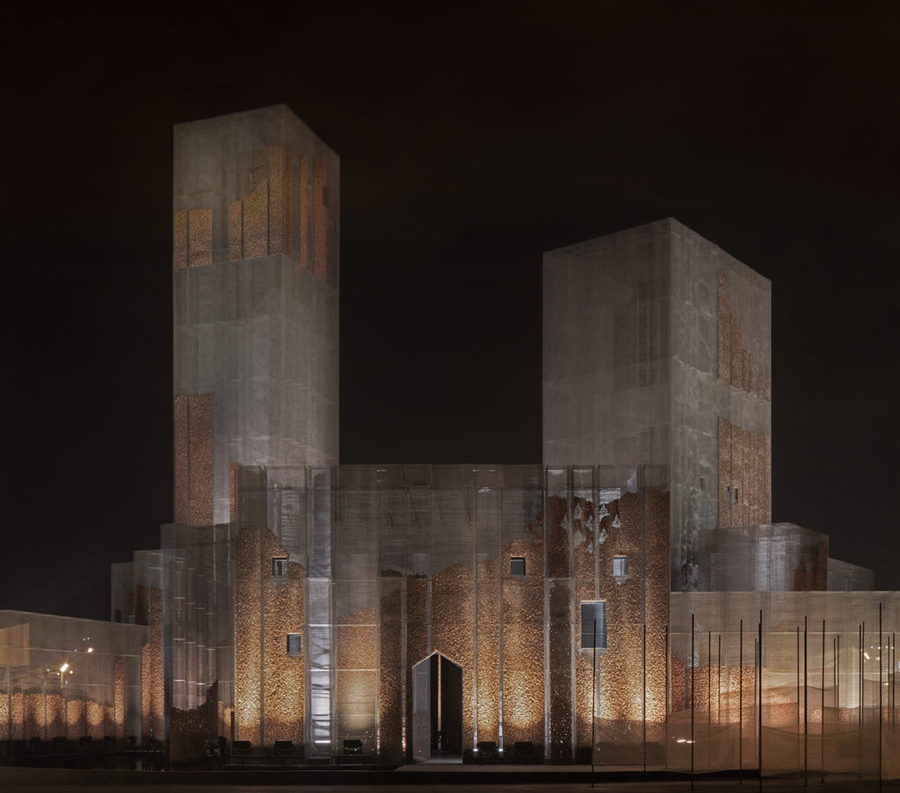 Now, with his new interdisciplinary lab Studio Studio Studio, Tresoldi takes his distinctive creations in a somewhat new direction. While “Gharfa” is another building made of mesh, it’s partially filled with opaque materials, giving it a new sense of presence and immediacy. Located in the Saudi Arabian capital of Riyadh, the experimental pavilion installation is part of the temporary creative project “Diriyah Oasis,” designed and curated by Dubai-based studio Designlab Experience.

Tresodi collaborated with designer Alberonero, musician Max Magaldi, and green designer Matteo Foschi of Odd Garden Studio to create a space where visitors could “meet, rest, and meditate.” Inside the wire mesh structures, visitors find tranquil, otherworldly spaces augmented by greenery, sculptural elements, and soft music. The partial infill of cork defines paths and spaces for them to follow. 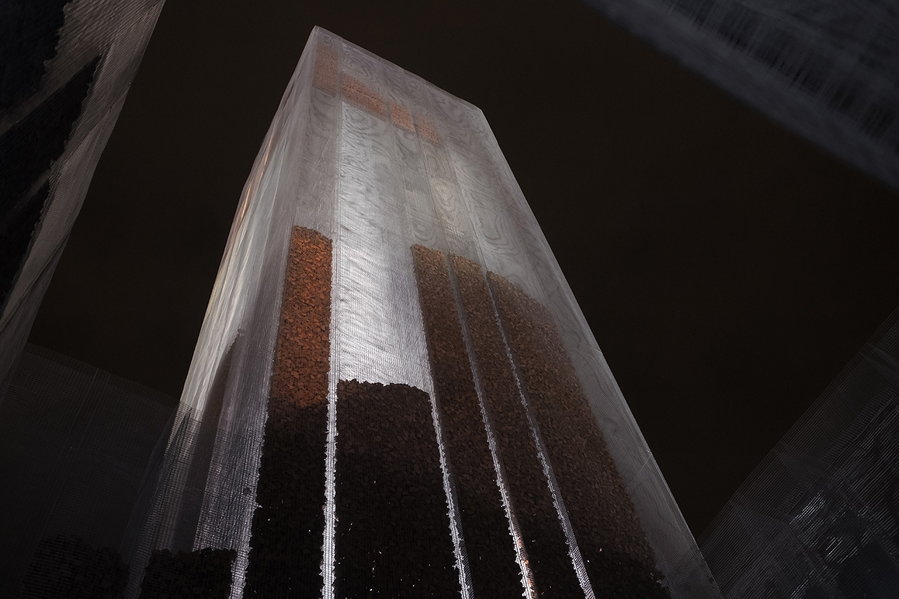 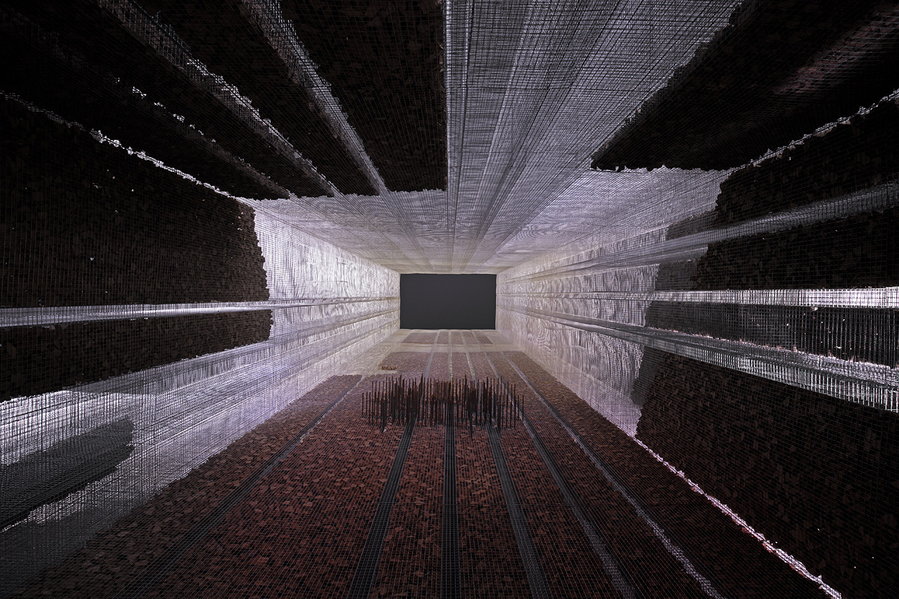 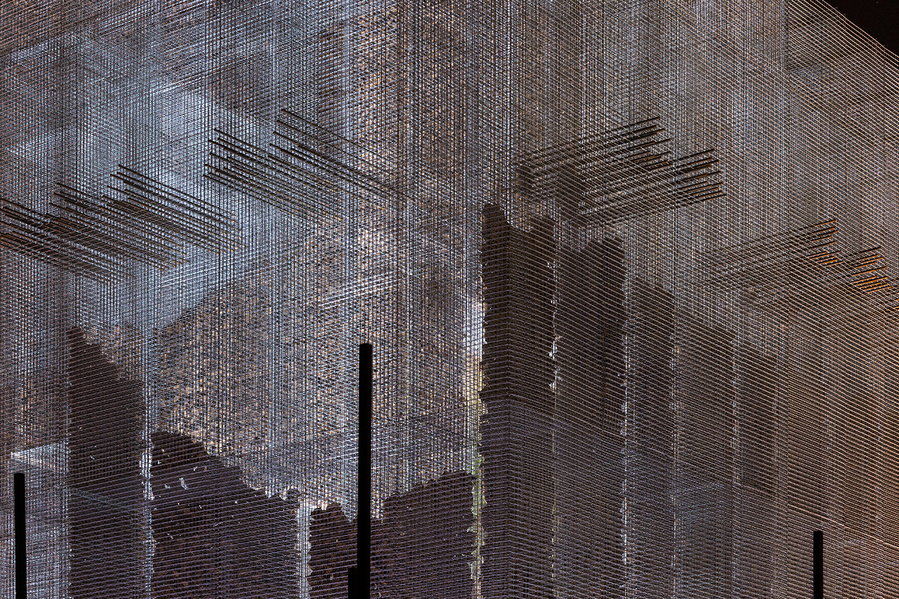 One of Tresoldi’s Instagram posts on the installation reads: “Gharfa stages the intimate relationship between man, landscape, and architecture through the reinterpretation of the human relationship with cultural archetypes. Visitors experience a theatrical world where technique, reality, and illusion are all intertwined. Inspired by local ruins, the installation presents itself as a complex sculpture in which Edoardo Tresoldi’s Absent Matter is combined with cork to outline and carve out intimate spaces and narrow paths, inviting the visitor to come in and discover it all.”

The architects add that “by creating a multi-disciplinary environment through the interplay of digital and analog, anthropic and natural, geometric and organic, Gharfa shapes an expressive experience that first shatters and then restores the thin line between collective imagination, individual imagery, and narrative fiction. The result is a narrative of different surfaces, which in turn become a stage for personal perceptions, while highlighting the structure’s backstage anatomy. Each element of Gharfa has a life of its own but was thought and conceived as part of an orchestral composition that interprets cultural contaminations as a reference point for future artistic languages.” 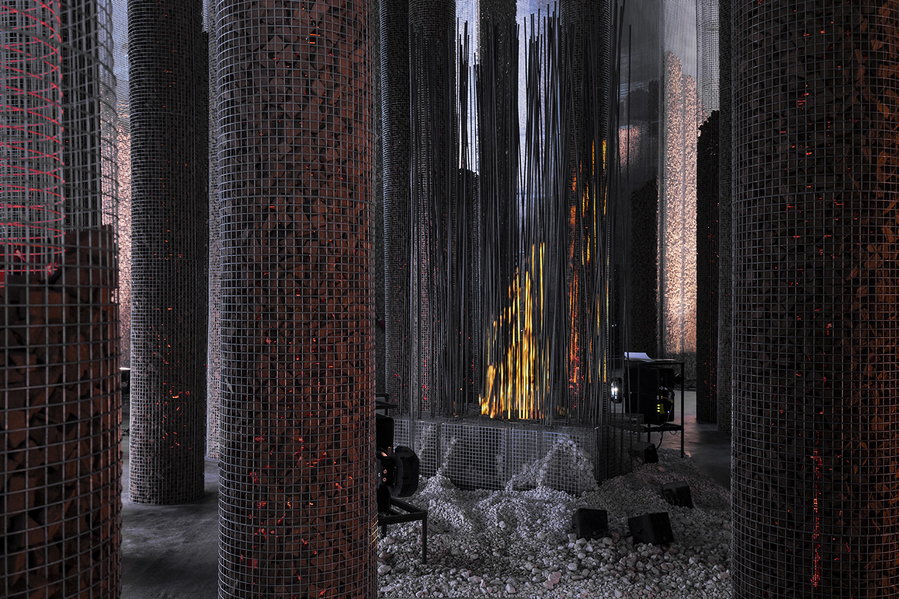 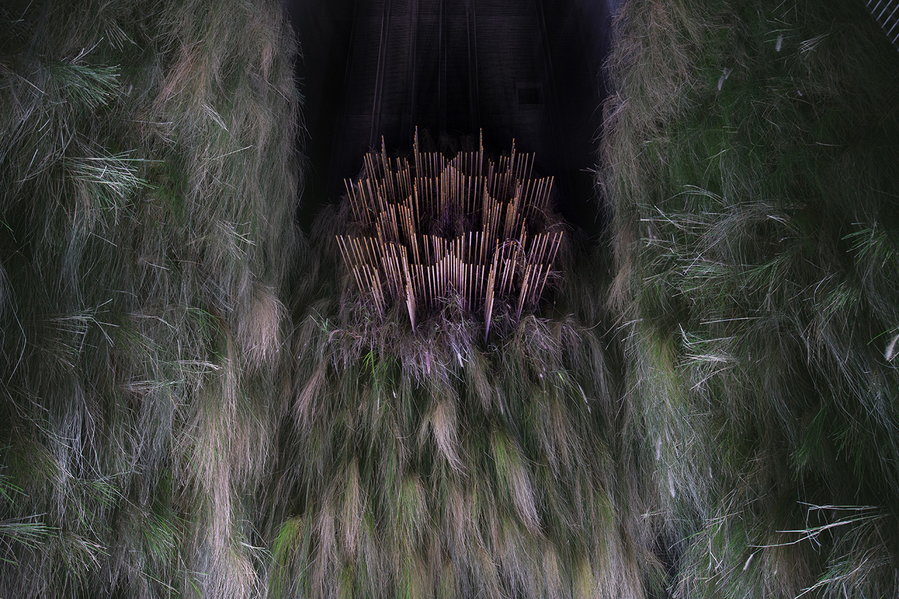 “Diriyah Oasis” is an open-air family entertainment district in Riyadh aiming to establish the city as a cultural hub. The “Gharfa” installation is set near the At-Turaif district, a UNESCO World Heritage Site hosting museums and cultural institutions.

Tresoldi calls his mesh concept “Absent Matter,” which he calls “the representation of a mental projection, filter, and shape through which places, instants, and beings are narrated… It triggers uninterrupted dialogues with space and history, and projects the object’s substance into an unknown temporal dimension: what has disappeared, or never existed, lives again in a different time. The language of transparency weaves the non-existent, transforms the denial of matter into a three-dimensional entity, and reveals the result of a void, therefore the abstraction of reality and its timeless visual identity.” 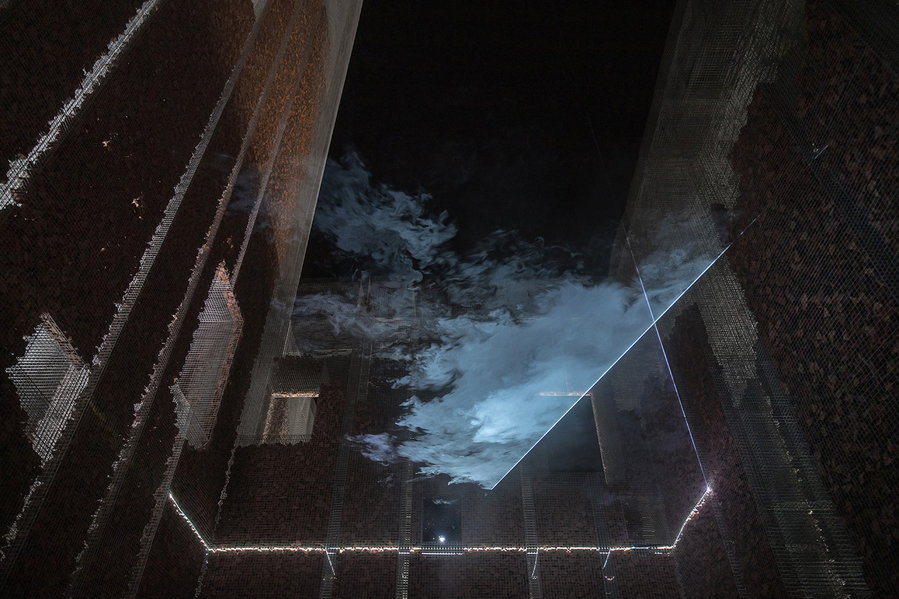 Check out one of the artist’s previous works, a suspended “Aura” of mesh installed within the Bon Marché department store in Paris.