Urban sprawl rarely receives the attention generated by climate change or even homeless pets, but nearly everyone on Earth has experienced its effects all the same. Whether you’re stuck in traffic, crammed into a two-bedroom apartment with four other people, or just trying to cross the street during lunch hour in a major business district, you’ll find yourself wishing there was just more space. 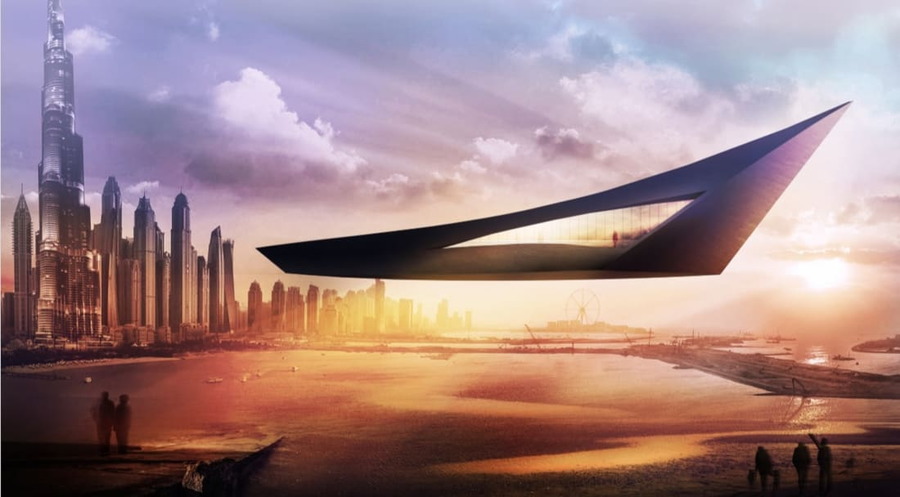 Professor Georges Kachaamy, Director of the Center for Research, Innovation and Design at the American University in Dubai (AUD), has not only given the scenario a lot more thought than most people, he also has ideas on how to alleviate the problem. He’s been working on his Rising Oases project for over 10 years and shows no signs of stopping his quest to make floating architecture a reality.

Kachaamy first imagined floating architecture while he was still a student in Japan, around 13 years ago. His vision started out small, but he’s steadily increased the size of his prototypes since the project’s inception. 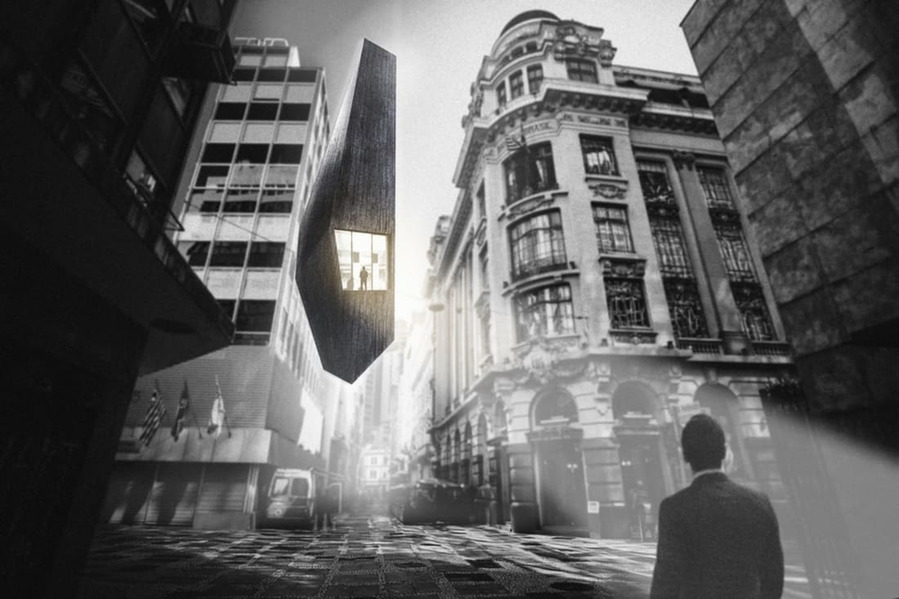 He recalls, “When I started generating prototypes, it was in miniature dimensions almost 10 centimeters (3.94 inches) long. Now the current prototype is almost two meters (6.56 feet) long — so the next one will definitely be bigger.” Kachaamy also takes his vision seriously. “When you realize the possibilities, you truly believe it is not so far away,” he stated. “This is not science-fiction.” 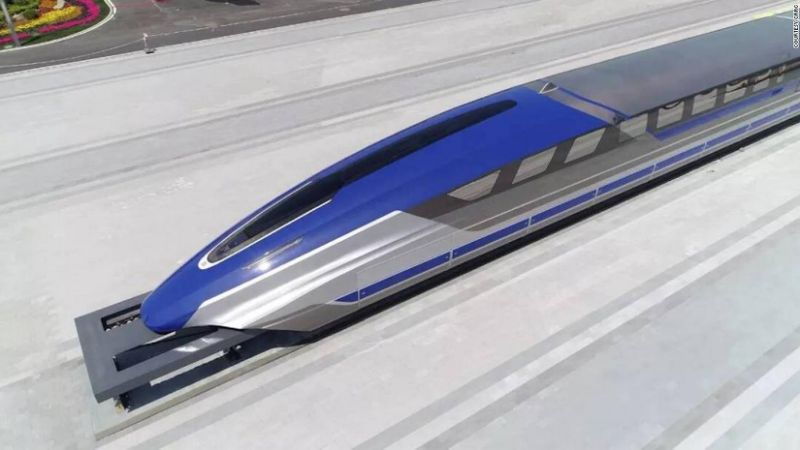 After testing a range of technologies and materials, Kachaamy concluded, at least for now, that magnetic levitation is the best option. Often called “maglev” in its use to power and control frictionless high-speed trains, the process involves elevating objects utilizing the power of two opposed magnets.

Since the power of the magnetic force is optimized by the lightness of the objects being manipulated, Kachaamy chose 3D-printed, super-light plastic material for the prototypes. He explains that “you have to find an equilibrium between the weight of architecture and the strength of technology. Then you can achieve greater heights and more impressive prototypes.”

The Bevy of Benefits

The benefits of floating architecture extend way beyond less freeway traffic and more room to cross a street. City planning and construction could also be executed on different levels, leaving real land open for forests and other eco-friendly options. It could also be used to shelter people from natural disasters like earthquakes, hurricanes, and floods. 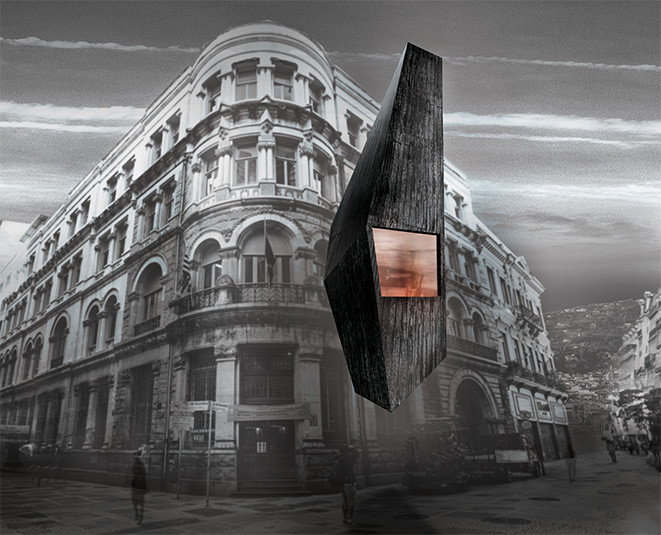 Kachaamy envisions an endless list of positive possibilities for floating architecture. He sees the value of his project as “accomplishing the impossible,” reworking the perception of knowledge and pushing it past apparent boundaries. He adds: “This is not solely about whether [floating architecture] can be realized or not. It is also an opportunity to think of plausible future environments. There is no better way to create the future than to think, imagine, and design it.” 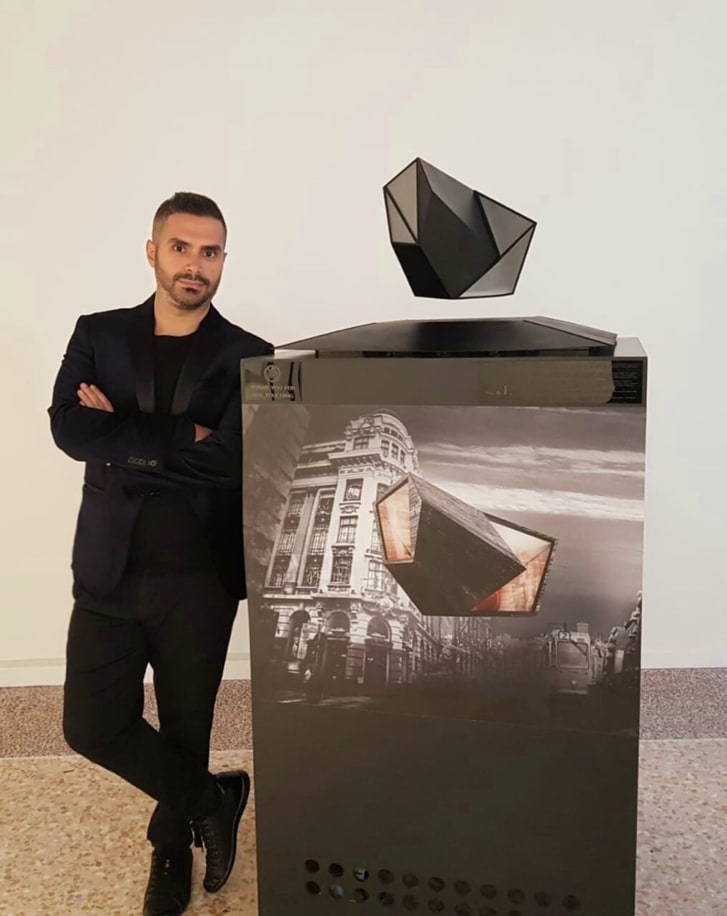 Despite the opinions of magnetic levitation experts that Kachaamy’s technology is restrictively expensive and presents limited height with prototypes that float just a few inches higher than their magnetic bases, he remains undaunted. In fact, he assures us that he has a roadmap to building increasingly larger and higher prototypes, including a life-size model — a goal he hopes to attain in his lifetime. Before he can do that, however, he’ll need to create a full-size floating roof.

Floating Oases was one of the VIP attractions on display at this year’s Dubai Design Week, which ran from November 11th to 16th.