World renowned design firms Heatherwick Studio and Foster and Partners have teamed up to create a complex of new buildings on one of Shanghai’s most well-known streets. The Bund Financial Center is a 420,000 square meter mixed-use development located near the city’s picturesque Huangpu River waterfront. Plans for the project were unveiled back in 2013, and the Fosun Foundation Art Center — a theater equipped with a moving facade — is one of its first buildings to reach completion. 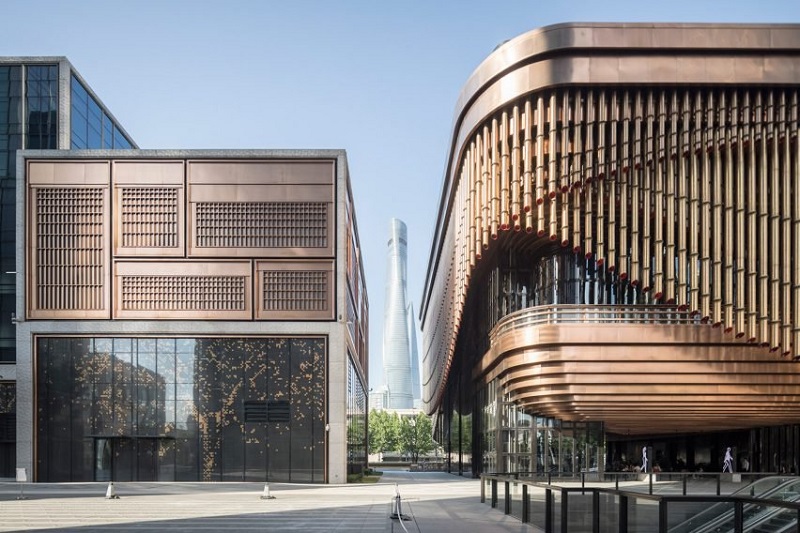 According to Thomas Heatherwick, one of the project’s chief designers, the Bund Center was constructed to revitalize the surrounding area. He explains: “Sitting at the gateway to Shanghai’s old town, on the river bank where boats would arrive from the rest of the world, this is an extraordinary site which stood unoccupied for many years. In filling this last empty site on Shanghai’s famous bund, the concept is inspired by China’s ambition not to duplicate what exists in the rest of the world but to look instead for new ways to connect with China’s phenomenal architectural and landscape heritage.” 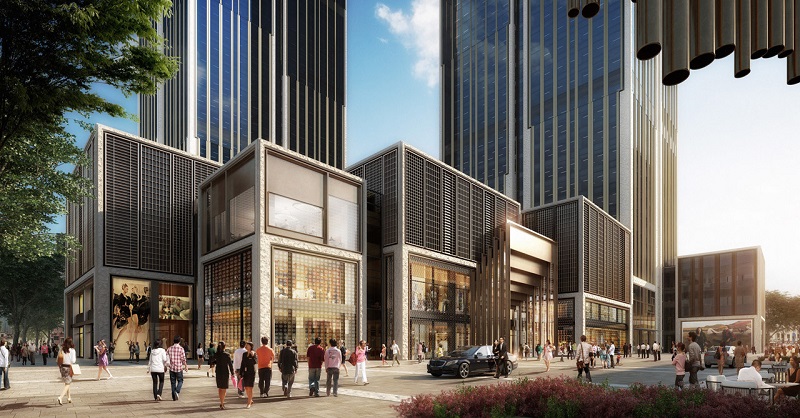 The ethos of blending modernity with Chinese heritage makes its way into all of the site’s proposed buildings. Soon enough, two 180-meter towers will stand as landmarks in the Shanghai skyline. The complex will also house commercial offices, a boutique hotel, and, of course, the art center, all of which have been organized around a landscaped, public plaza. At any given time, pedestrians will be able to walk through the square and marvel at its buildings, whose varying heights give the site a fluid look and a kind of architectural rhythm. In culmination, these features are meant to make the Bund Center an enticing new destination for locals and tourists alike. 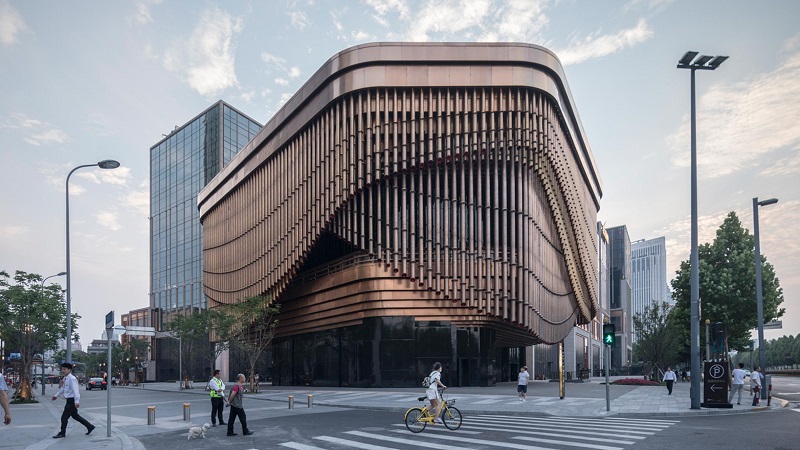 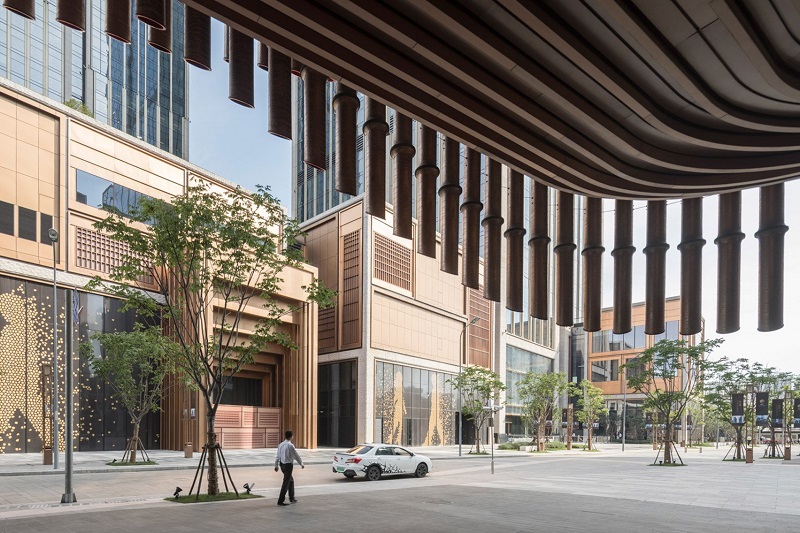 Standing out among its peers, the Fosun Foundation Art Center is arguably the complex’ best example of fusing old and new. The building, which has been lauded since its completion as a work of architectural art, is spread over 4,000 square meters and houses an auditorium that acts as both a theater and a concert venue. The center has also been equipped with spaces intended for art exhibitions and public events, including a stunning rooftop hall. 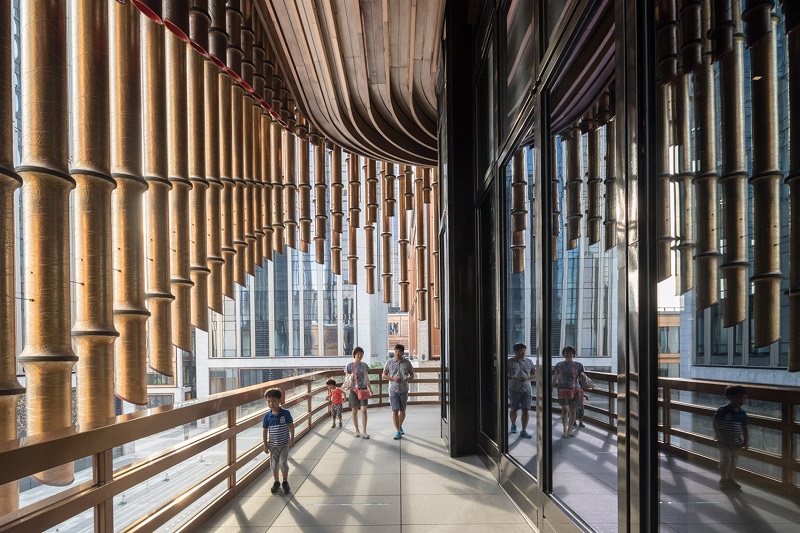 Continue reading below
Our Featured Videos
Nonetheless, the building’s moving facade, which was created to mimic the open stages found in traditional Chinese theater, steals the show from its other architectural marvels. This exterior serves as a three-tiered veil, each layer of which is made up of hanging bronze tubes that evoke wind instruments, bamboo, and organ pipes. The material palette of the center’s other buildings echoes this aesthetic and gives the entire complex a uniform tone. Curtains of tubes overlap and move around one another, either shielding or exposing the building’s interior based on their positioning. As it moves, the facade also reveals some of its surroundings to anyone who might be looking at the Bund Center from further away. This rotating focal point occupies one of the most important locations in the entire city and has been said to “define the ‘end-point’ to Shanghai’s most famous street.”