Building designs are commonly rejected by planning commissions for being too tall, not being the right color for the neighborhood, impeding the views or natural light enjoyed by a neighboring structure — the reasons are literally all over the map. Still, it’s not every day that you hear about a demolition order being issued to a building approved and built five years ago based solely on the visibility of fossils in its façade.

The housing block at 15 Clerkenwell Close in London was designed, approved, and built under the direction of renowned architect Amin Taha in 2013. The six-story project is comprised of eight apartment units, including Taha’s own home and the office for his architectural firm Groupwork + Amin Taha. But it’s the building’s exterior finish that lies at the center of this brouhaha. 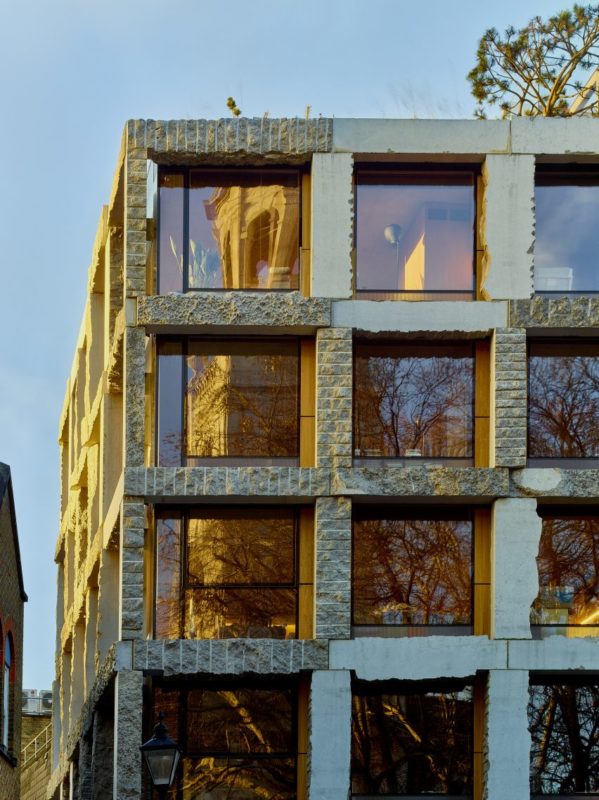 When the scaffolding was removed from the property upon its completion, neighbors observed that the exterior did not match the images they’d seen on the planning commission’s website. The posted pictures showed a conventional brick exterior, but the actual exterior was made from sections of raw quarried limestone strewn with fossils.

Taha explained, and the council confirmed, that he submitted modifications to the proposed exterior after the brick plans were proposed. Although he received the council’s written approval for the new plans, they never managed to make their way online. 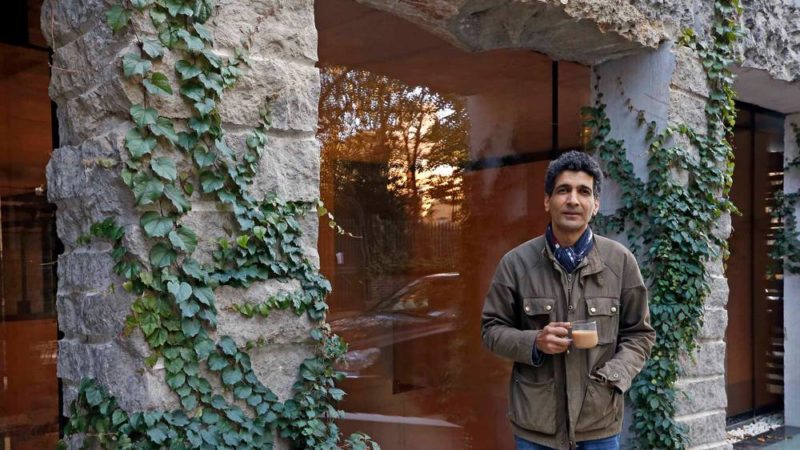 In June 2017, Taha received an order from the commission to demolish the building and replace it with the original brick one. He protested, stating that it was the council who had failed to publicly post his final plans on their website. “The neighbors could only see a brick approval, as planning hadn’t uploaded the later stone approval notices and drawings, similarly the head of enforcement and the councilor. However, the latter should know better,” he explained. 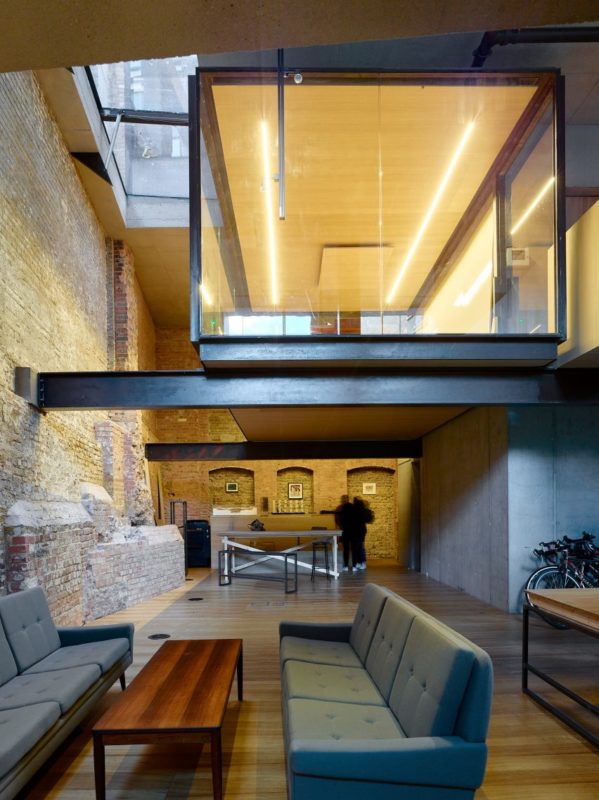 After Taha’s lawyer presented the commission’s enforcement department with a request for a report on the details of the decision, the demolition order was withdrawn. It appeared that the matter had been resolved.

Not so. In February 2018, the council issued a second demolition order. Taha reported that this new order cited “the exact fossil locations [being] rough, haphazard, and therefore deleterious to the conservation area and listed buildings,” along with a whopping nine other issues. 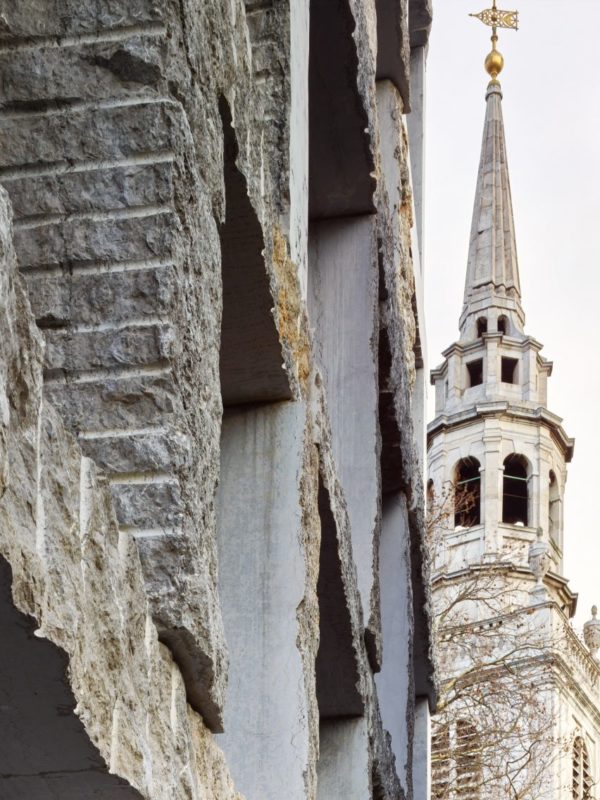 Taha is convinced that the resolution to issue the second order was spearheaded by Councilor Martin Klute, the chairperson of Islington Council’s planning committee. He elaborated on that suspicion in a recent interview, saying: “[The decision is based] entirely on the initial opinion of the councilor and a handful of neighbors. It has now escalated from an error in not uploading the stone approval — so that it was evident for anyone who cared to look — to the mistaken first demolition notice, to the now face-saving second notice entirely driven by someone’s opinion that it’s ugly.”

Today, opinions of the building’s final design are completely at odds. It went on to win a RIBA (Royal Institute of British Architects) National Award, for instance, but it was also nearly nominated for the Carbuncle Cup, which celebrates the most awful buildings in the UK. 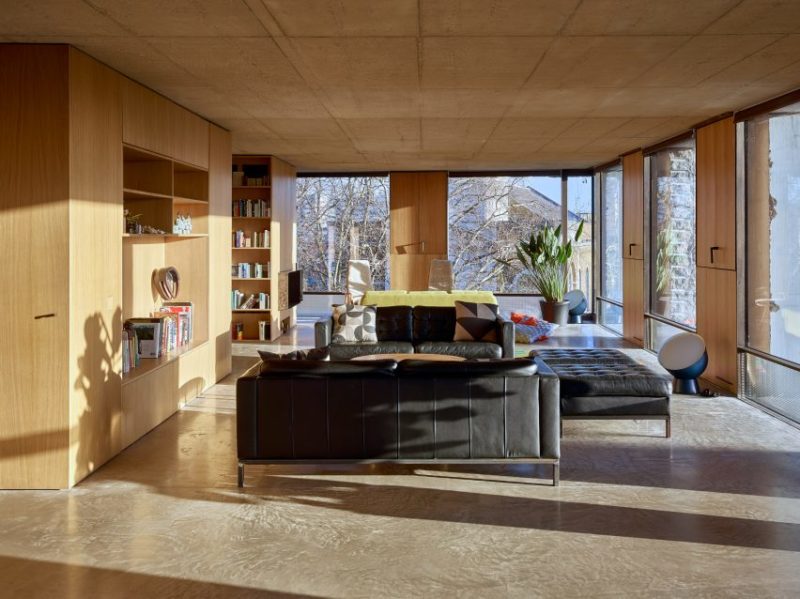 Taha has filed an appeal against the second order, with a hearing currently set for March 2019. He is also submitting a revised application detailing the locations of each and every fossil on the building’s exterior. Islington Council has yet to respond to Taha’s claims of bias.