Beverage containers result in an almost inconceivable amount of waste. According to its own estimates, Starbucks alone is responsible for about 6 billion disposable cups every year, with most of them ending up in landfills or being scattered around as litter and ocean pollution. And as bad as that number sounds, it’s just one percent of the 600 billion total disposable cups produced and sold annually around the world. 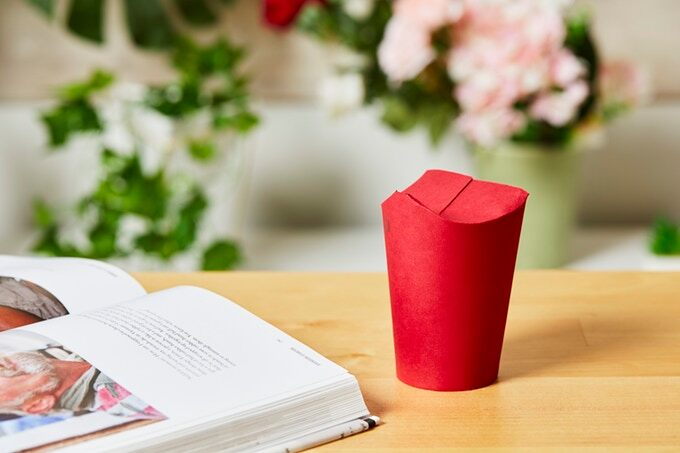 The Seattle-based coffee giant may have eliminated most single-use plastic straws at its stores, but its new “cold cup” lids that don’t require straws aren’t necessarily much better. They’re still made of plastic derived from fossil fuels, after all, and they’re not recyclable everywhere. Other supposedly recyclable or compostable materials (like the cups themselves) must be processed in industrial facilities that remain rare.

Considering that most consumers are still demanding convenient disposable products, what’s the answer to this ongoing problem? A new offering called the Unocup probably isn’t it, but it certainly takes a step in the right direction. Its makers say the plastic lid invented in the 1960s is an outdated model that requires two parts when in reality, we’ve only ever needed one. 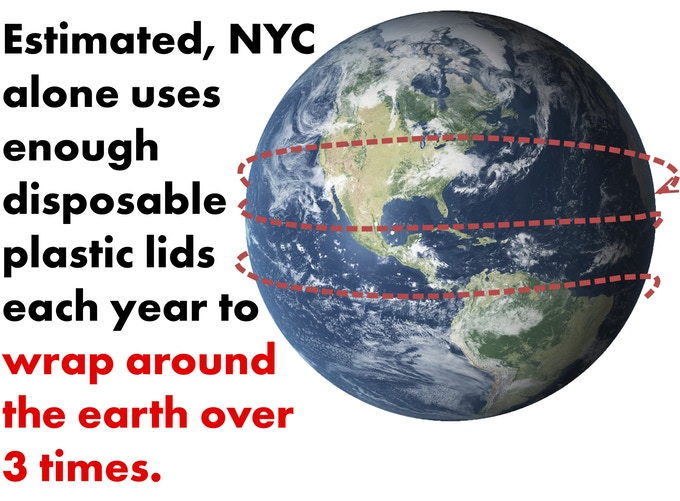 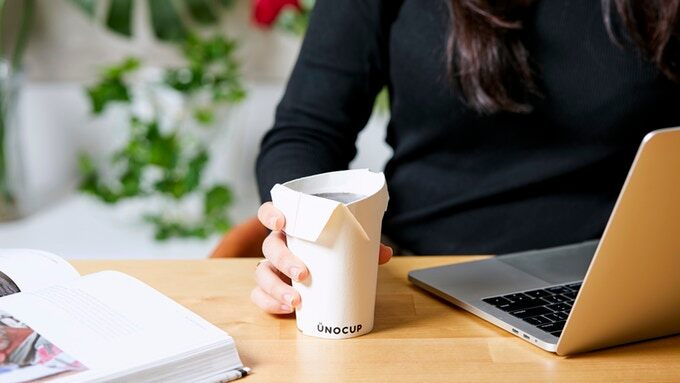 This paper cup makes it easy to protect your beverage and drink on the go just like a plastic lid, but it does so using a unique folding design. The top folds into its own built-in lid in just a few motions — just fold over each flap and insert the tab. That’s less time than it takes to fiddle with a plastic lid, firmly pressing it down on all sides to ensure you don’t end up with your beverage all over your lap. Its creators also claim they’ve shaken, stirred, and even run with the closed cups without any spills.

It seems like a folding paper cup would easily collapse in your hand, but Unocup says its “uniform structure” creates a “strong and consistent body” that will hold up to your grip and fit easily within your hand. The drinking spout is curved and free of sharp edges, but you can also just fold back the flaps to drink from the open cup if you prefer.

The Unocup Kickstarter page reads: “Customers desperately want a cup which they feel will contribute to waste reduction, while having no compromise to the drinking experience. Unocup uses a well-tested patent-pending folding design to create its own lid as an integrated top. The cup is a breeze to fold, hold, drink from, cheaper, and of course, a lot more sustainable.”

“Unocup’s design is optimized for mass-production using existing cup-making machinery. Using Unocup will yield significant cost and energy savings in manufacturing, storage, and transportation that would otherwise be spent on plastic lids.”

This cup feels a bit like an in-between design that could help us reduce pollution on the path to something better. The problem, of course, is that it’s still disposable, and there’s no mention on the project’s Kickstarter of options for recycling or composting in facilities that already exist. 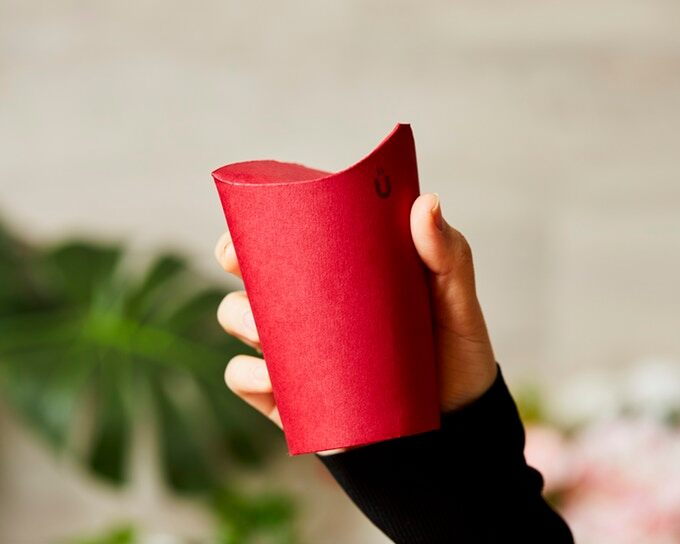 A real solution would require collaborative efforts between consumers, government bodies, and businesses, with most of the onus on the latter. Companies should be held responsible for the endgame of the goods they produce and innovate accordingly. Imagine what it would be like, for instance, if to-go cups were made of environmentally safe biomaterials that dissolved over time.