Minimal, graphic, and slightly surreal: this sculptural collection of furniture by Richard Yasmine may look like art, but it’s fully functional and made entirely out of manufacturing offcuts. Currently on display in Milan’s Galleria of 5VIE, “Flowing Fragments” consists of 32 objects made of alternating slabs of sedimentary and basaltic stones for a striped effect. 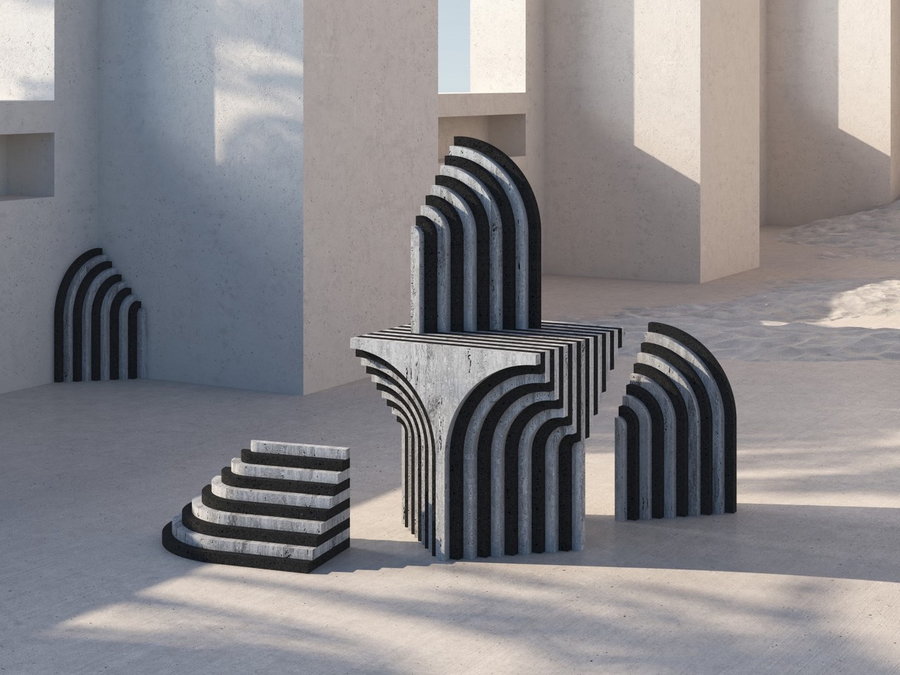 Yasmine started with 16 assembled blocks of stone measuring 16.5 inches on each side, making a single continuous cut into each one to produce two objects, one the negative shape of the other. That means no material was lost in the process of carving the stone into its final form, a dual-purpose table/stool. As you can imagine, that’s not easy to pull off. Less skilled creators might make a far simpler cut to ensure that the two objects were perfectly intact at the end, but Yasmine’s vision is a little more ambitious. 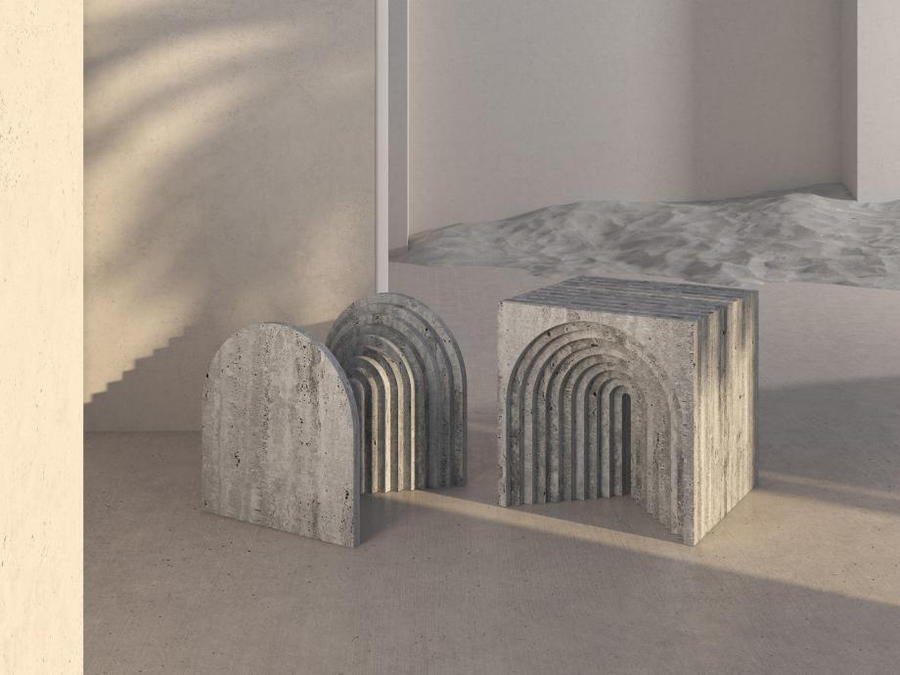 “Flowing Fragments” is inspired by the remnants of Greco-Roman civilization as we view them today, thousands of years later. Once, these architectural fragments were whole and nearly perfect. Now, most of the arches and columns have cracked and fallen so we only see them as parts of each other. But the fragmenting hasn’t necessarily interrupted the beauty of these objects. We can still sense the harmony and rhythm in their proportions and outlines. 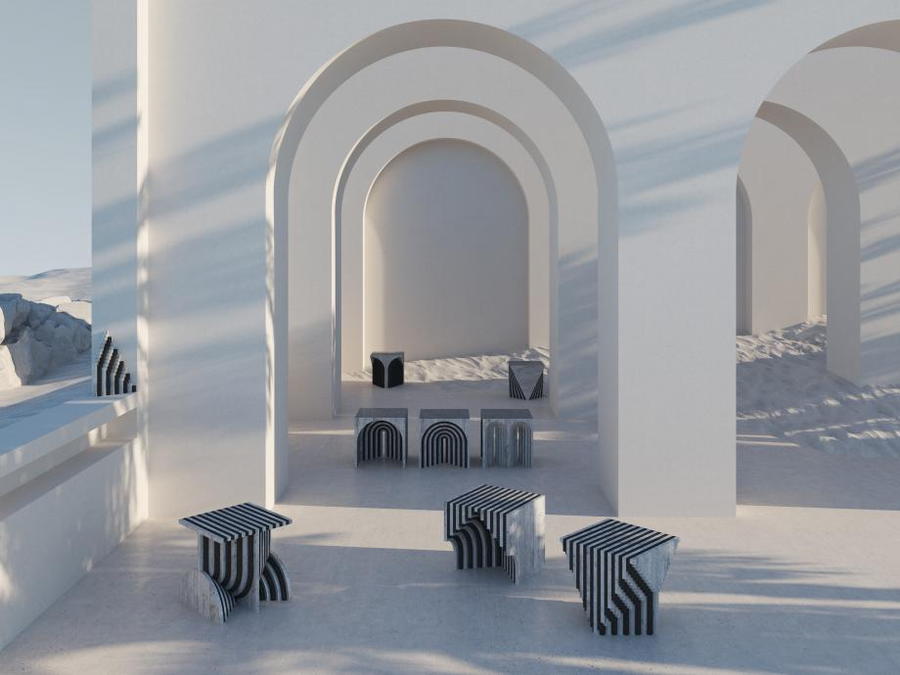 With these sculptural objects, Yasmine hopes to remind us all of the importance of our global cultural heritage. “It’s an awareness to save remaining forgotten fragments of previous civilizations in addition to help protect abandoned sites while highlighting on the antiquities trafficking [and] the destruction of authentic and deserted landmarks nowadays when heritage is threatened by urban development,” he says. 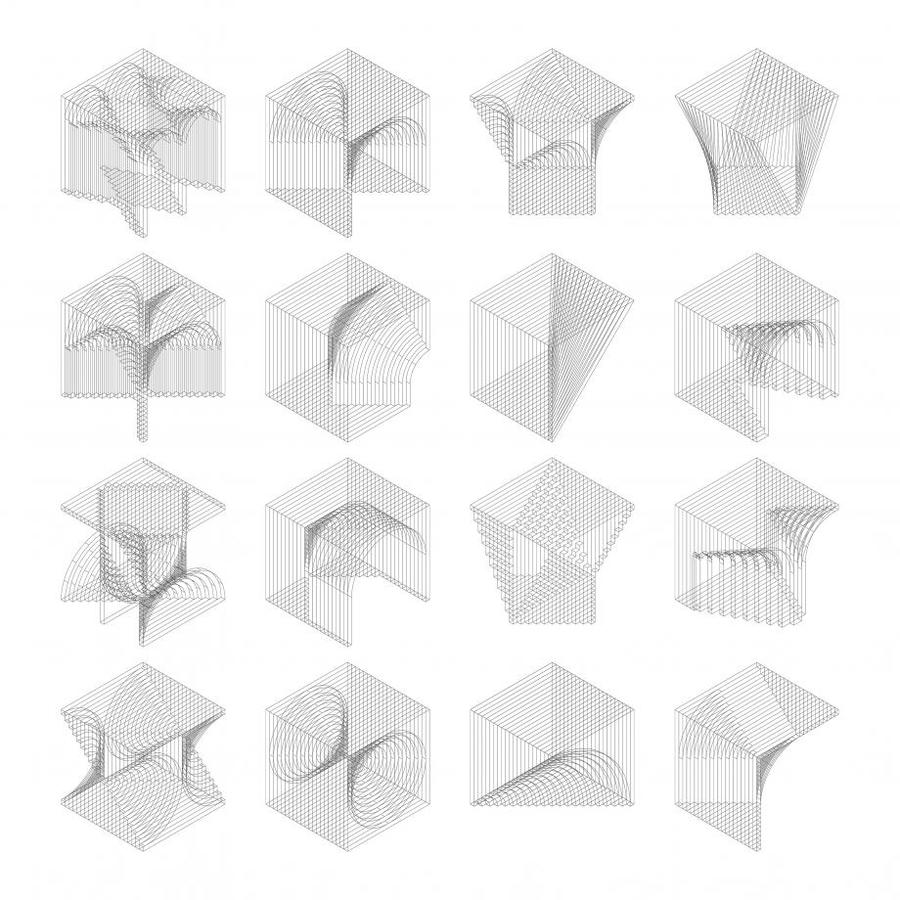 Classic shapes and graphic motifs commonly find their way into Yasmine’s work. Another collection, “After Ego,” takes references from Postmodernism, Memphis Design, and Art Deco but distills them to their simplest forms. Each piece was created by drawing layered arches and then rotating and flipping them so they intersect and interact in new ways. “After Ego” is a tribute to Yasmine’s home city of Beirut in the aftermath of the blast that occurred on August 4th, 2020, and the complex mixture of emotions that arose from the tragedy. Made of foam, lightweight concrete plaster, acrylic, and clay, the series represents Yasmine’s quest to communicate these emotions through the use of simple lines. 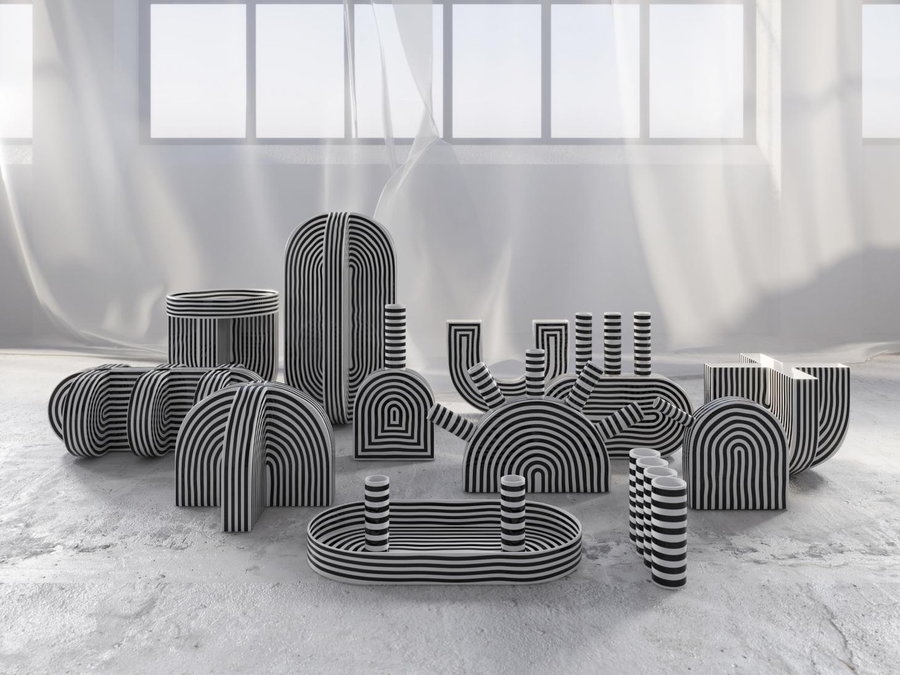 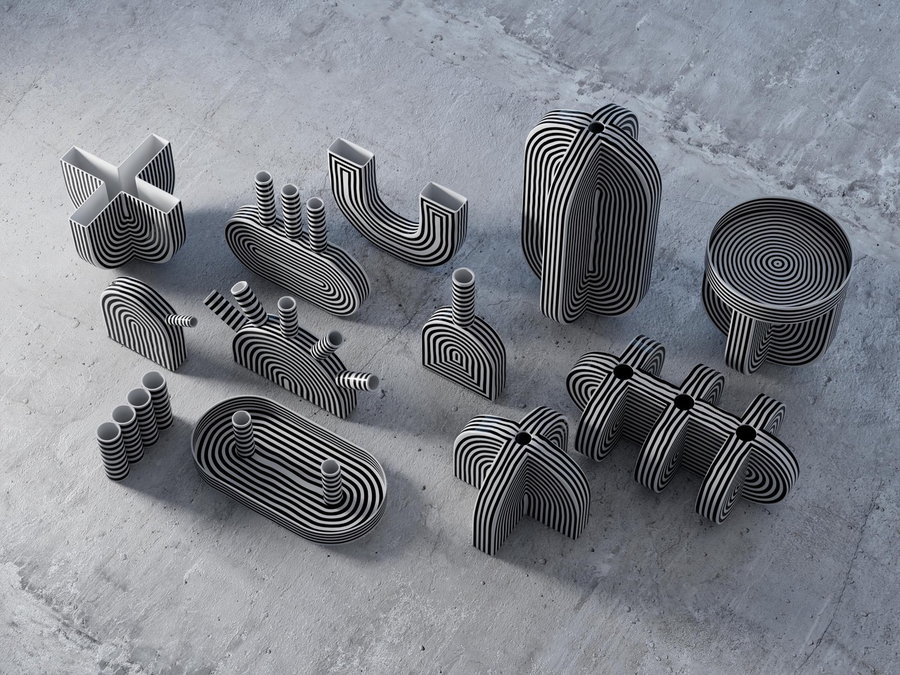 “As a person filled with imagination, I use my imaginary world as a simulation to try out new ideas and create new objects, and that’s how it all starts,” Yasmine said in an interview with The Artling. “My inspiration comes from everyday life, objects, and emotions. From the human body, its physiology, and its needs. But also from an internal chaos combined with a certain innate sensitivity, sometimes extreme and provocative and not even expected by others but still minimal. I always practice my imagination to create new objects. I never tend to identify the difference between reality and imagination, this is what helps me create intriguing and controversial design objects that are complicated in their production process. However, this is also distinctive in my personality.”