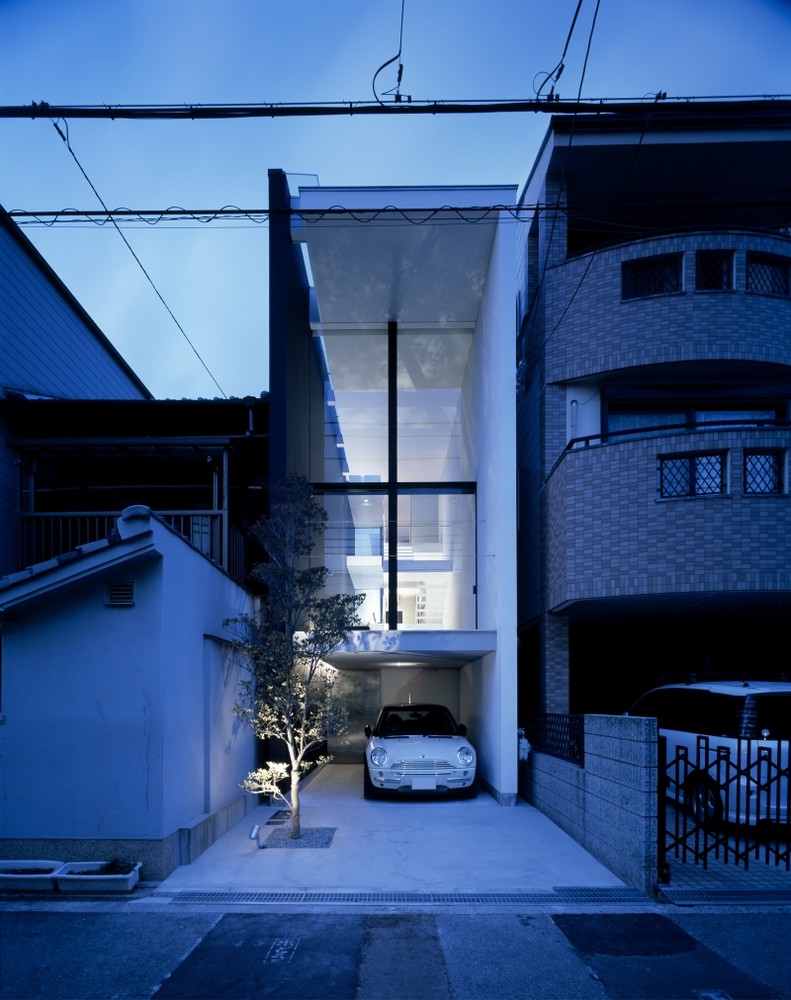 Like modern clouds, a series of cantilevered (and white-painted) few-feet-wide levels makes this house in Showa-Cho on a narrow site feel wide open despite the solid and windowless party walls along its length. 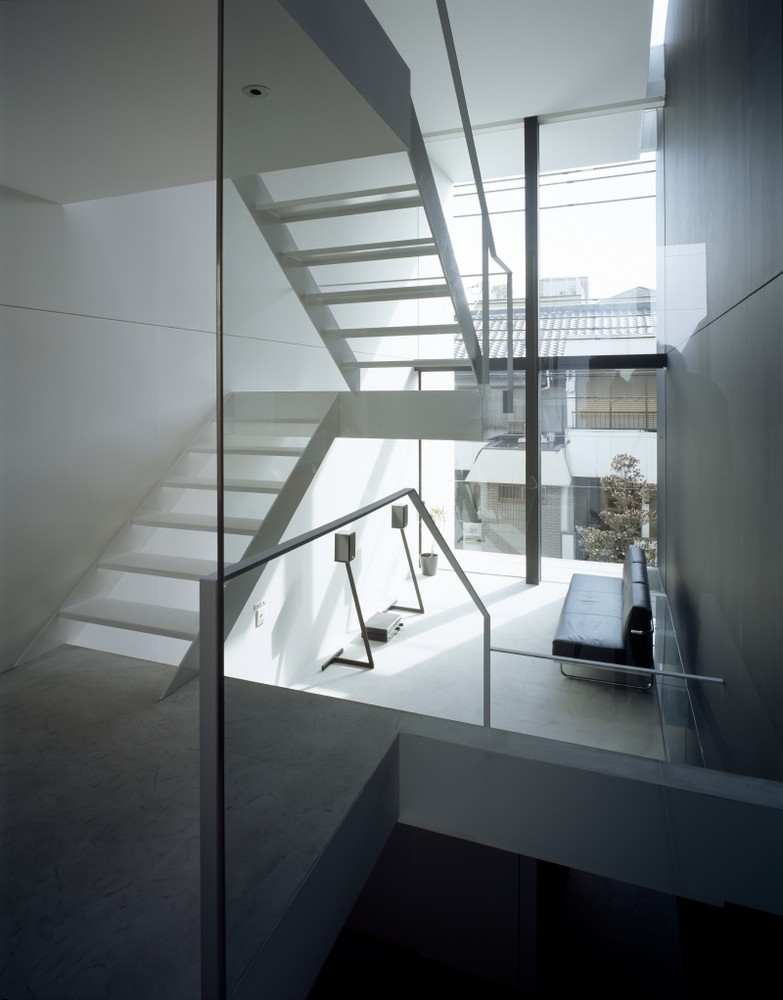 The lot itself is only 10 feet wide, but manages to feel spacious between various intelligent color choices, design strategies and ample glazing in front, back and via skylights. For all its dynamism and creativity, the restrictions on this structure actually provided much of the basis for the evolution of its design. 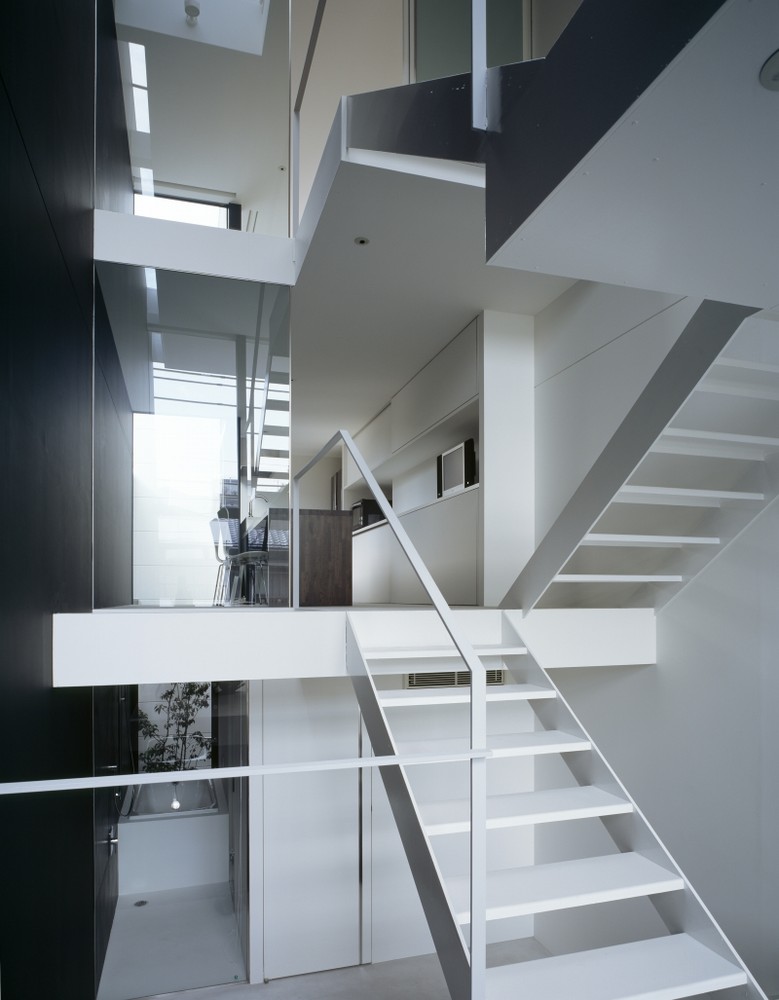 Using a split-level strategy, open-tread stairs with wire-frame metal (if any) railings take residents from one half-floor to the next.

White is used strategically to reflect light and make the spaces of this narrow house feel bright – except along one side, where the use of black reinforces the feeling that the central platforms are indeed half-floating rather than suspended between two structural sides.

While the black-and-white scheme, rectilinear components and contemporary fixtures make this whole home feel extremely modern, the wall-to-wall and floor-to-ceiling windows along the facade still frame a connection to the more traditional homes in the neighborhood.

Due to building code regulations and lack of space, Japanese architects like Shintaro Fujiwara are increasingly becoming the masters of small-space design on skinny sites.

Now, if only some of these thin-lot specialists would come to the United States they would likely be quite successful in places like Manhattan at least.

“A big problem in the progress of the planning was that it could take only less than 3 meters for effective flange width inside when it was built in such a long narrow lot. According to this condition, it was studied many times on how it could have an expansive feeling and continuity from the street side to the end of the back of the house. In this case, the house in Showa-cho, deliberately included the city side to scenery and made façade by planting a tree in the space in front of the house that made it could be seen inside of the house, too.”