Here’s one solution to global warming that’s not barking up the wrong tree: AI-powered, seed-shooting drones. 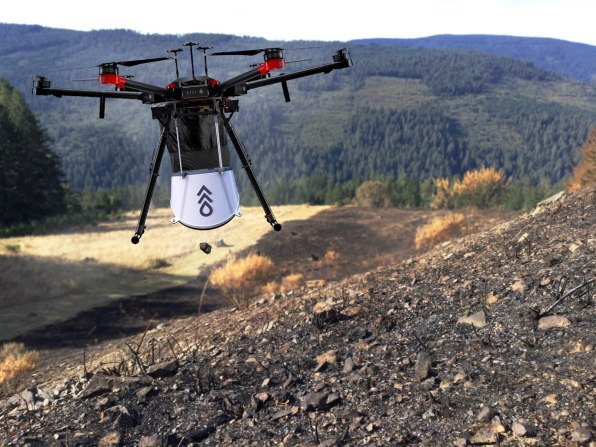 Canadian startup Flash Forest expects to change the world’s landscape quite literally, using reforestation flyers that can replant trees faster and more effectively than humans can.

In 2018, mankind released 34 billion tons of carbon dioxide (CO2) into the atmosphere, according to the International Panel on Climate Change — a trend that it says leaves humanity just 10 years to avert calamitous, irreversible climate effects. A major part of the CO2 problem is the destruction of the world’s natural forests, coupled with a shortage of replanting. 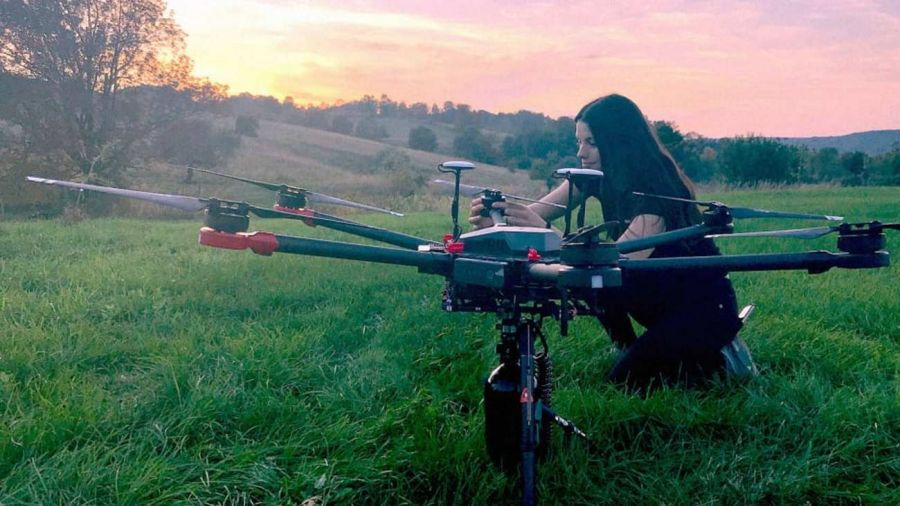 “There are a lot of different attempts to tackle reforestation,” says Flash Forest co-founder and Chief Strategy Officer Angelique Ahlstrom. “But despite all of them, they’re still failing, with a net loss of 7 billion trees every year.”

The new firm hopes to make real progress in that domain. “We started Flash Forest with the goal of offsetting carbon emissions enough to have a significant and measurable impact on climate change within the next decade,” the company website explains. “Instead of humans on the ground, we transfer the hard labor to drones at 10 times the speed. Living in the age of technology, we can effectively harness this to restore entire ecosystems, scaling the global quest for carbon neutrality.”

Flash Forest intends to plant at least 1 billion new trees by the end of 2028. Most recently, the organization sent its unmanned aerial vehicles (UAVs) over wildfire-burned land north of Toronto, where they injected 40,000 pine and spruce tree offspring into the earth. 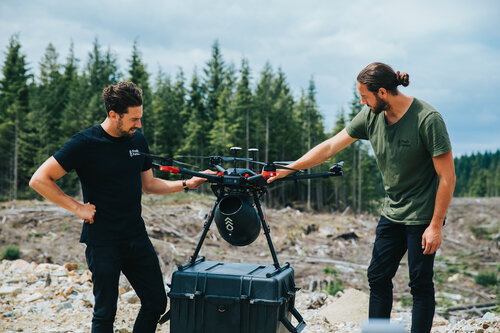 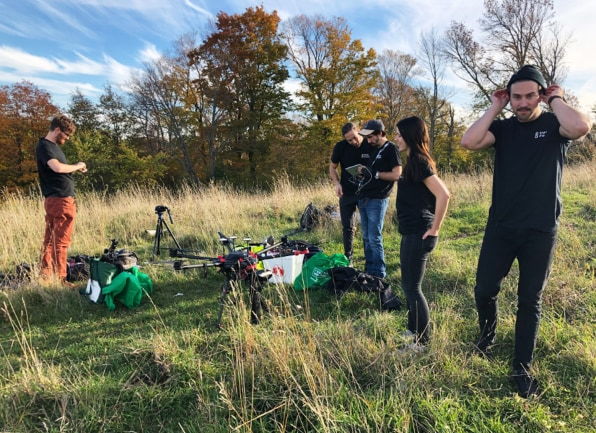 The process begins by sending out software-enabled drones to map an area, locating prime spots for new growth. Then, armed with the appropriate seed inventory, a flotilla of flyers heads out to drop them perfectly on target. In more rugged terrain where simply releasing the pods is not enough, the UAVs make use of pneumatic firing machines to shoot the future saplings into the soil. 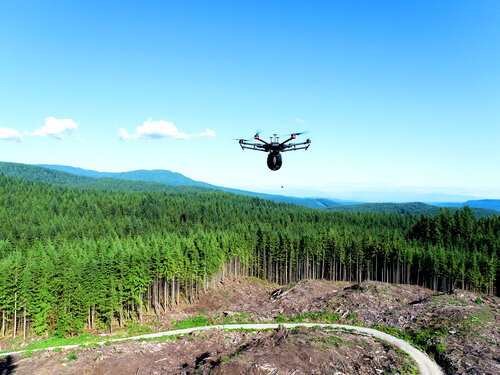 “Depending on the project, we’ll go back two months after, and then a year or two after, and then three to five years after” to make sure the pods are sprouting as anticipated, Ahlstrom says. “If we fall under a threshold plant goal of a certain number of trees, we’ll go back and ensure that we are hitting our goal.”

Flash Forest uses a proprietary mix to encase the seeds that allows them to store enough moisture to survive for months with no outside water source. It also helps them germinate several weeks before they would normally, increasing their chances of growth and endurance. 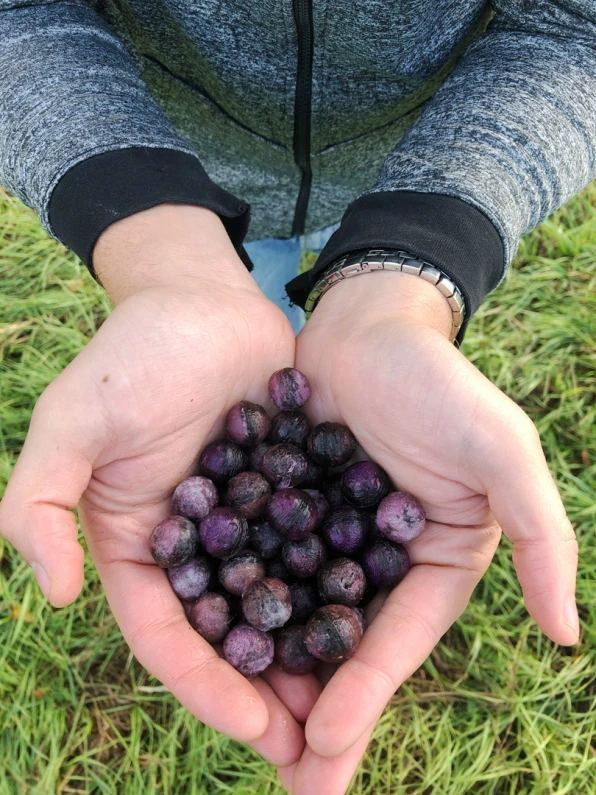 The company also strives to use several different varieties in each sowing region, currently using at least four types at once. “We very much prioritize biodiversity, so we try to plant species that are native to the land as opposed to monocultures,” Ahlstrom explains, adding that they “work with local seed banks and also take into account the different changes that climate change brings with temperature rise, anticipating what the climate will be like in five to eight years when these trees are much older and have grown to a more mature stage, and how that will affect them.”

Because Flash Forest uses native vegetation seeds, the saplings shouldn’t require human effort to stay alive. Plus, by planting so many seeds, the company is ensuring that even if some die off, enough will survive to grow into maturity and repopulate the area. 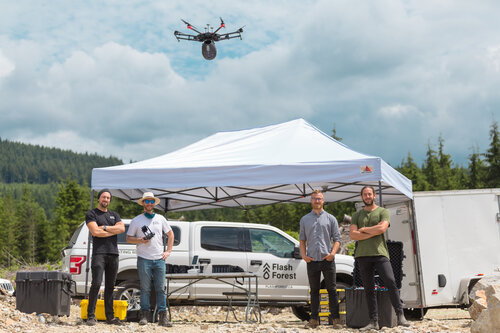 With their current fleet of UAVs, the startup can embed up to 20,000 pods a day. Compared with the 1,500 trees that Ahlstrom says can be planted by hand in a day, Flash Forest’s efforts could quickly transform whole swaths of country to soak up more carbon emissions. The company looks forward to technology updates that could allow its drone force to sow up to 100,000 seeds each day.

Following their reforestation project in the Toronto area, the business will move on to a 300,000 tree-planting venture in Hawaii. There are also plans in the works to establish new drone-seeded groves in Australia, Colombia, and Malaysia.