Cats are big in Japan. With their faces showing up on virtually every product imaginable, it’s safe to say that they’re a huge part of the nation’s pop culture. In Japanese folklore, cats symbolize good fortune, and putting a “maneki neko” (beckoning cat) statue in front of your business is believed to help draw in customers and overall prosperity. There’s even an entire island, Tashirojima, where thousands of stray cats thrive without the presence of dogs and outnumber the local human population. So it’s no surprise that Japanese designers would create furniture specifically for feline usage that rivals both the quality and craftsmanship of its human-sized counterparts. 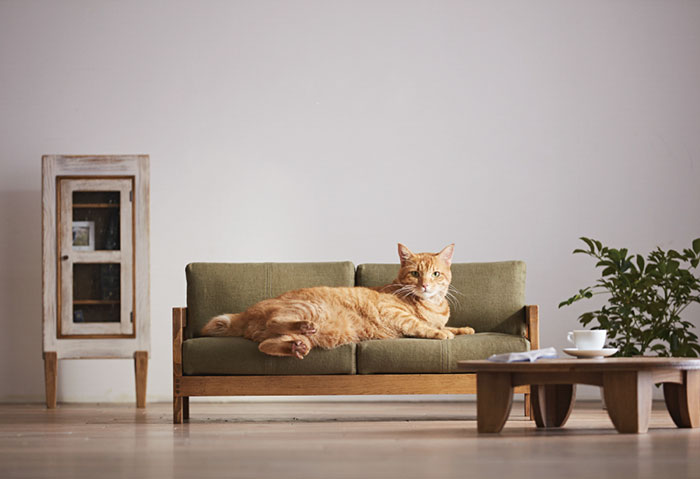 Our feline friends are decidedly unpretentious about their digs. Give a cat a suitcase full of clothes to lay in, and she’ll purr in thanks (and shed all over it). Offer her a cardboard box, and she’ll be even more content. So most cats probably aren’t going to turn their noses up at ridiculously adorable modern furniture made exactly to scale for their enjoyment. 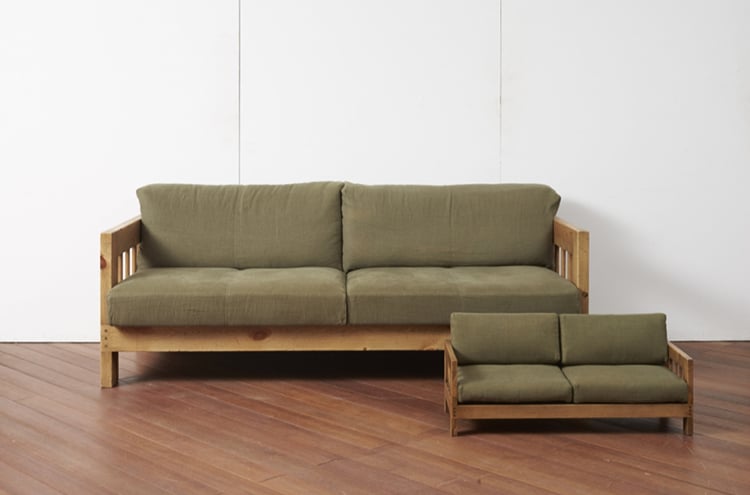 Hiromatsu Wood Work Co. built a pine couch with green upholstery, while Tateno Mokuzai of Onishi Wood Crafts produced a cat bed with a dark wooden frame. The designers infused each piece with the same level of detail they gave to the full-scale versions, taking the time to scratch textures onto the wood by hand to recreate the distressed look of the originals. When you see them side by side, you really get a sense of just how much love and skill was put into the cat-sized pieces. 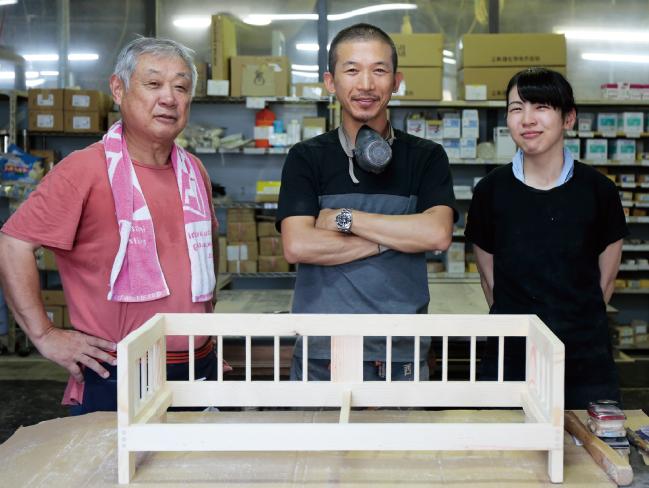 In a post about the project, 88-year-old designer Yu Watanabe explains how the idea came about. “I was also making furniture for children, and I thought pieces for cats would also be interesting,” he says. Watanabe describes the furniture as “capricious and free-spirited,” just like cats. There were some practical hurdles to climb when designing it, like working around the tiny size of the connectors, but the team still managed to find solutions that preserve the integrity of the full-scale collection. 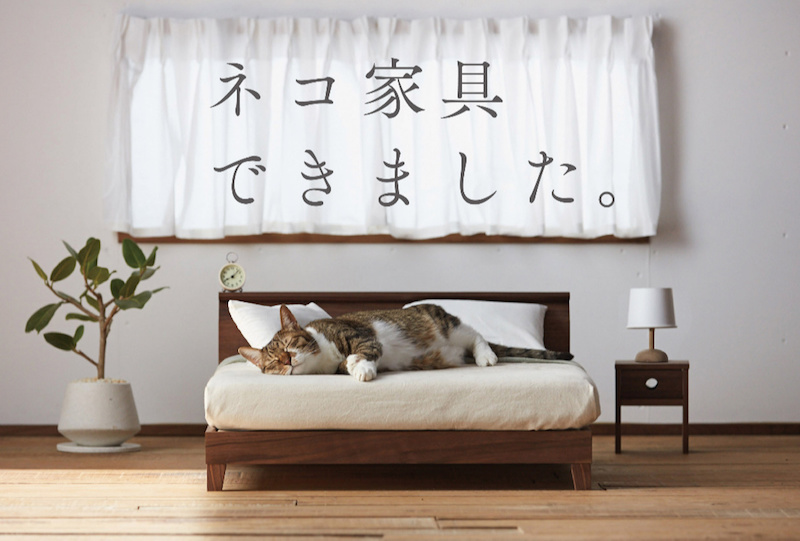 “Originally the thickness of the board 27 mm is the standard size, but in order to keep designability even in this reduced size it has been adjusted to a thickness of 15 mm,” says Mokuzai. “We are paying attention to this point because thin boards are not easy to warp and hard to produce strength. Also there are no metal fittings that fit this size, so I made it with wood instead. From shavings of wood to crimping, polishing, and assembly, each professional is responsible for manually producing furniture as well as for human furniture.” 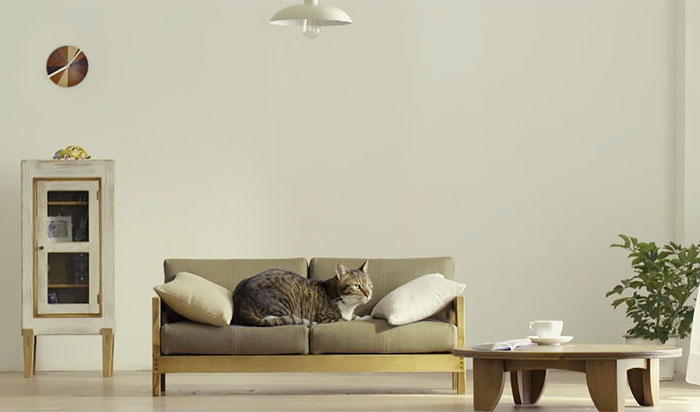 The campaign definitely succeeds in putting a spotlight on Japan’s artisanal offerings, and the results are adorable — but the best part might just be all of the miniature items made to go along with the bed and couch in the photo shoot, like the tiny coffee table, cabinet, and potted plant. Can you even handle that level of cuteness?