After 20 years in planning limbo, the Northern Irish town of Bangor is finally set to undergo a massive $98 million redesign. In an effort to revitalize the quaint seaside resort, the Newcastle-based architects FaulknerBrowns are hoping to completely transform its “Queen’s Parade” waterfront area. Ultimately, the firm hopes to make the mixed-use development a popular destination for locals and international tourists alike. 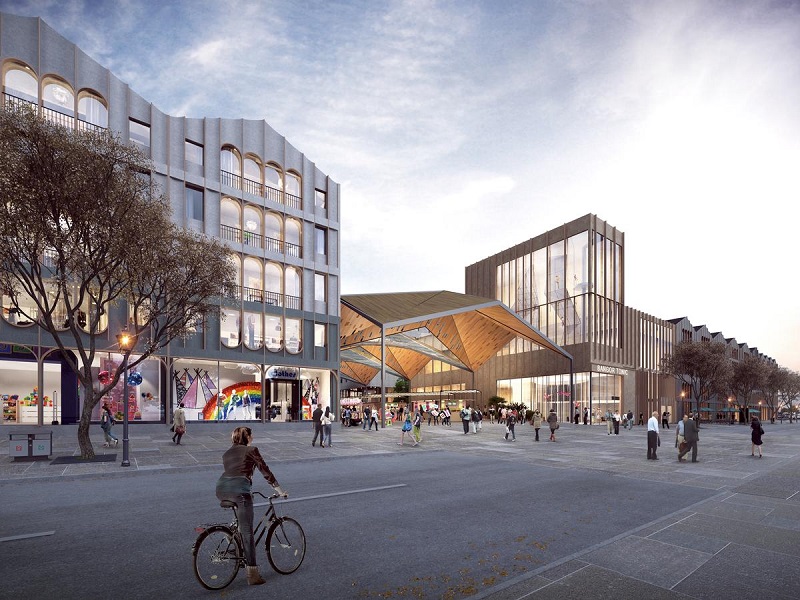 Affected by an eight meter change in sea level from front to back, Queen’s Parade has never been an easy site to develop any kind of construction on. Throughout the planning process, FaulknerBrowns had to be extremely mindful of this geographic feature. The architects also had to work around a lot of the area’s already-existing urban and residential developments. Of course, the design team won’t be alone in executing this mammoth task. The revitalization project is the product of a big collaboration between the city council, developer Angelvale Consortium, and a slew of other local organizations and committees. 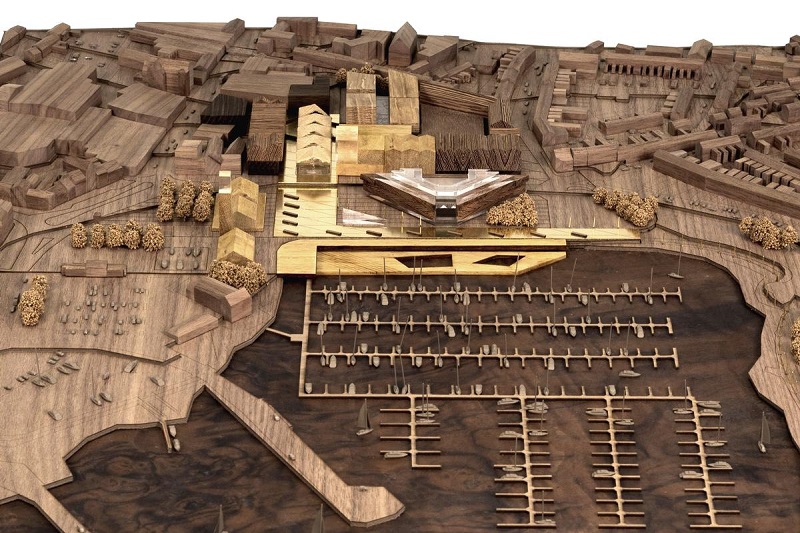 Among the proposal’s most promising features is the addition of a four-star hotel, which will directly overlook the waterfront and be able to house 80 guests at a single time. The latter point is particularly important to the Queen’s Parade area, whose shortage of suitable accommodations has plagued its tourism industry for decades now. The hotel will be operated by Beannchor, a local group that already runs a number of successful lodgings across Ireland. Guests of the hotel will be able to access an adjoining family entertainment center that has its own virtual reality area, adventure playground, and indoor surf rider. While the kids are busy in the entertainment center, the parents might want to venture into the nearby public square, which will boast a movie theater and a concert venue! 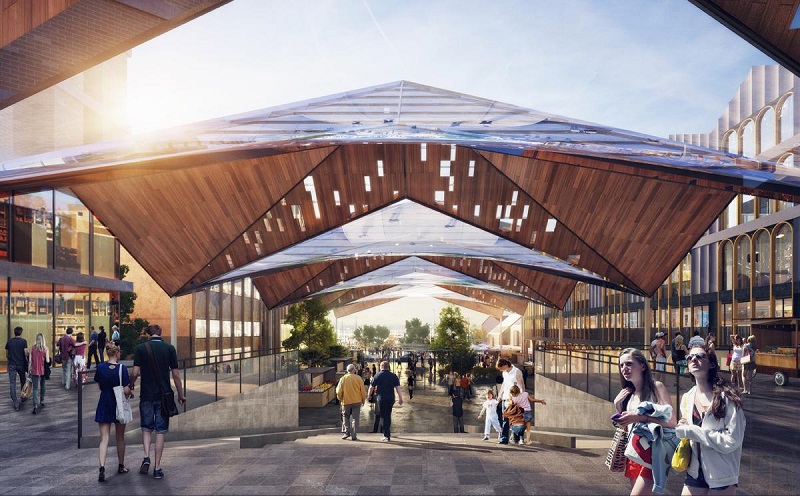 FaulknerBrowns also intends to run a covered courtyard, or “winter garden,” through the revitalized Queen’s Parade, allowing visitors to explore the area without having to worry about potential rainfall. The canopy will be an angled timber structure that keeps people dry while adding a layer of elegance to the commercial premises around it. The winter garden will be lined with tons of easily-accesible shops, restaurants, and cafes, and since it’ll be covered, it can also be used to house temporary attractions like farmers markets, pop-up events, and exhibitions. For added convenience, a 360-space parking lot will be erected near the back of the site. 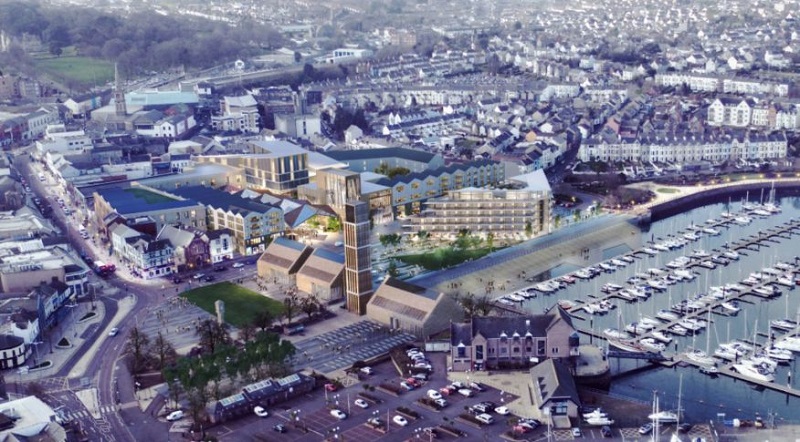 The FaulknerBrowns proposal is looking to capitalize on and prolong the region’s recent spurts of tourism, which can be attributed to Northern Ireland’s many appearances in the popular TV show Game of Thrones. As a part of the United Kingdom, Northern Ireland has also been impacted by the Brexit referendum. Needless to say, these plans arrived at a good time and are sure to bolster the confidence of the city’s inhabitants. When the project is completed, Queen’s Parade will be the perfect place for families to escape to for the weekend. The best part is, they’ll be able to enjoy all of the complex’ recreational facilities rain or shine, and that’s important in a gloomy place like Ireland!