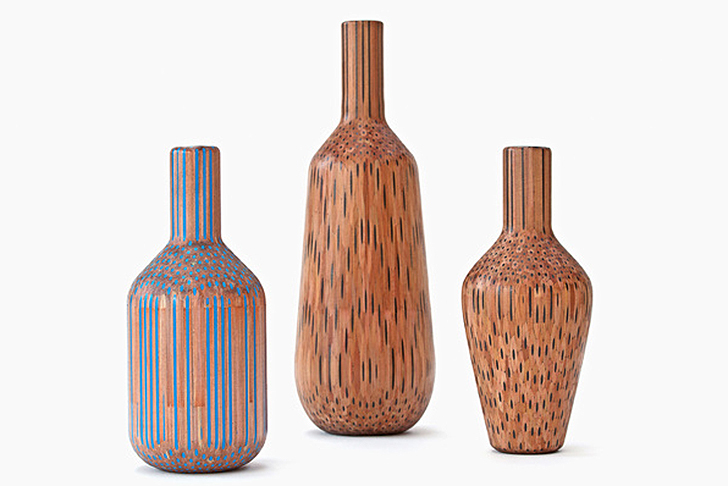 From schoolchildren to CEOs, nearly everyone uses pencils as part of their creative process. It is’t often, though, that we think about the actual object itself. The pencil is a surprisingly interesting object when it is taken out of the context of being nothing more than a tool. 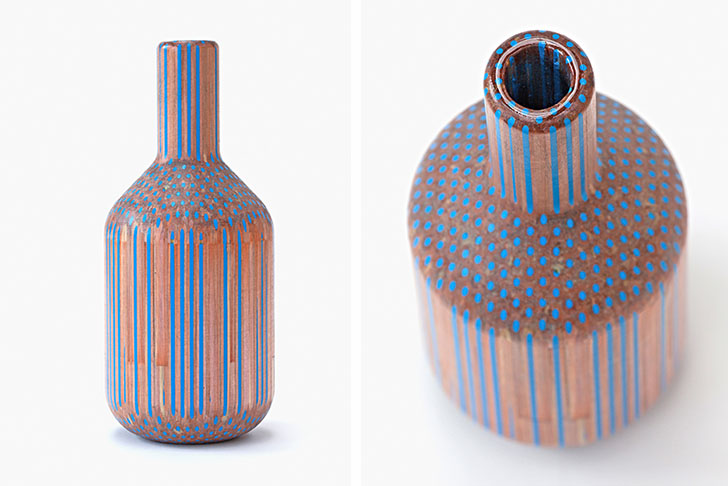 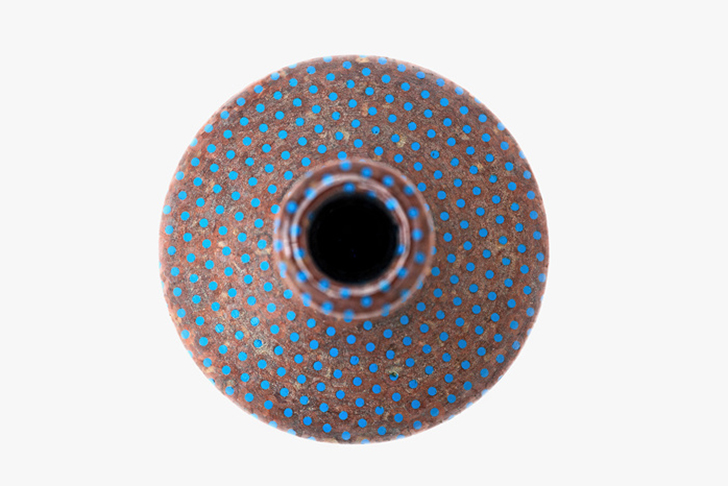 Studio Markunpoika is putting the pencil’s function aside and focusing on its form with a series called Amalgamated. The series consists of a number of vessels made of attached and carved pencils. The finished product only hints at what the building material might be. 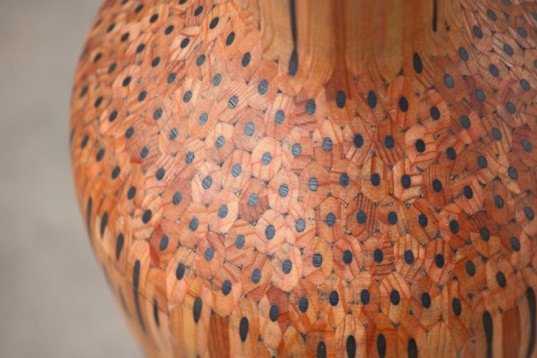 The elegant pencil vases are formed by tightly gluing pencils together at their faceted edges. Once in place, the pencils form a solid block. The block is carved on a machine lathe to create the graceful shapes which reveal the interior wood and graphite of the pencils. 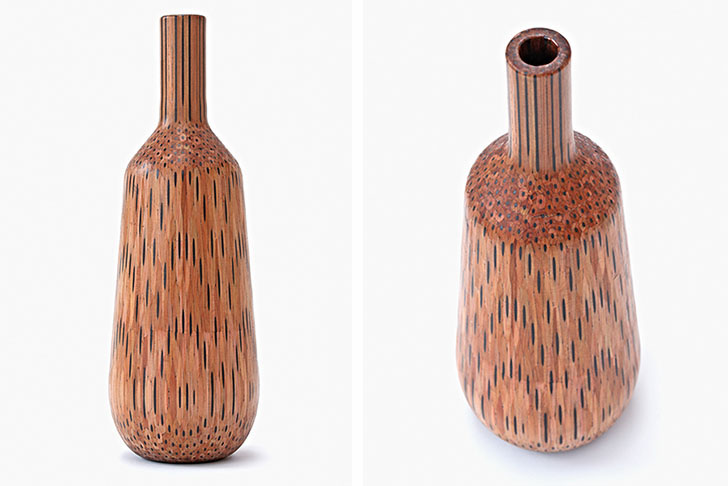 Continue reading below
Our Featured Videos
The wooden vessels are spotted with the graphite insides of the pencils, and in some places feature long lines of the black or blue leads. It is only from some aspects that you might catch the vague shape of the former pencils and realize what they might have been in a previous life. It’s a cool way to upcycle an unexpected material into creative home decor. It may seem entirely novel, but you’ll be surprised to learn that colored pencils are often glued or sanded into new forms, like colorful sea creature sculptures and even custom guitars.
“‘Amalgamated; is a collection which explores the relationship of a mass produced ‘tool’ and its individual purpose. The beauty of the pencil as an object seems to go unnoticed if utilized only for their primary purpose. ‘Amalgamated’ is a visual and tactile investigation by using pencils as a raw material. This holistic principle has been the fundament for creating this set of vases; let the pencils become a thing themselves.”
“The vases are created by individually gluing one facet of a pencil to another, taking benefit of their hexagonal shape forming a network of pencils. The block of pencils is machined with a lathe and turned into the final shape. The flow of each shape unveils a different pattern of the inner structure revealing the beauty of the pencil.”