Craftsmen and artists are always coming up with innovative solutions to issues near and dear to their hearts. So what do you do if you’re a guitar player and a designer and you feel like marrying those two passions? One such man decided to try his hand at creating his very own custom Fender Stratocaster guitar with a particularly unique twist: he made the body of the instrument entirely out of colored pencils.

The artist in question, who posts his creations on a YouTube channel called Burls Art, simply declares that he tries to “make art that works.” To build his custom Strat, he had to employ a lot of purpose-built tools, experimental techniques, unusual materials, and a hefty helping of elbow grease. He started by gathering a whopping 1,200 colored pencils, sawing each of them into two even lengths, and placing those lengths into a wooden frame. He then greased the frame with car wax and covered the ends of the pencils with a thick coating of epoxy resin. Once the pencils were in place and the glue was poured, he weighed down the frame and screwed a lid onto the top, both of which were removed after 24 hours to reveal a neat, colorful wooden rectangle. 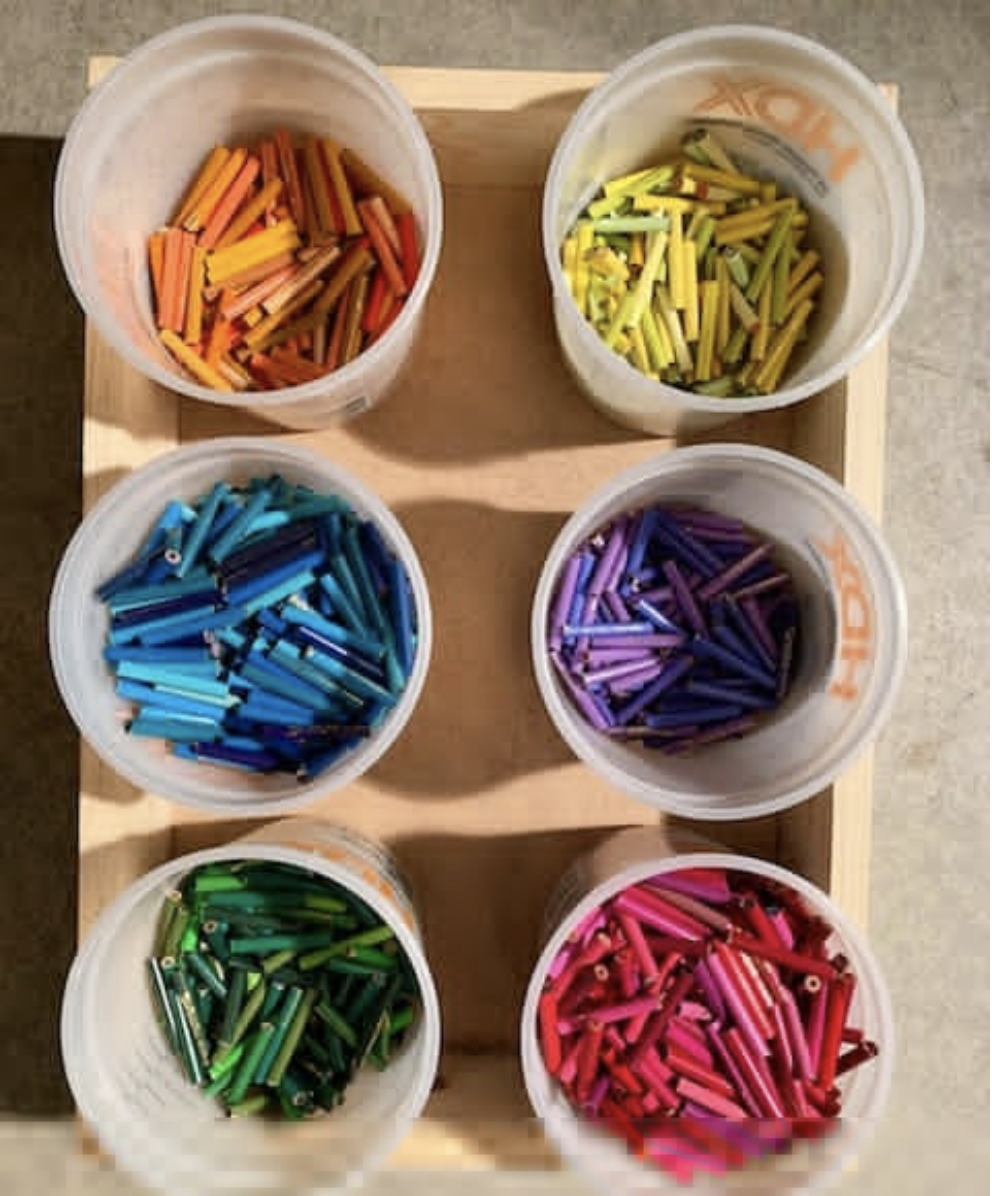 The next step was to remove some of the topmost part of the resin layer, which he did using a makeshift milling machine crafted from a router and some 4x4s. This revealed the blunt ends of the colored pencils, which made all their amazing colors pop even more out of the body. Even so, the project was still not finished at this point. For that to happen, the artist had to do a bit more sanding and cleaning, going so far as to fill in some of the holes where the original color had been sanded off. He then used a template to trace the shape of the iconic Stratocaster body, drilling out the pencils around that shape before using a jigsaw to connect the dots and produce an overall smoother edge. Finally, the guitar’s curved edges were double-sanded, first by a belt sander and then by hand. 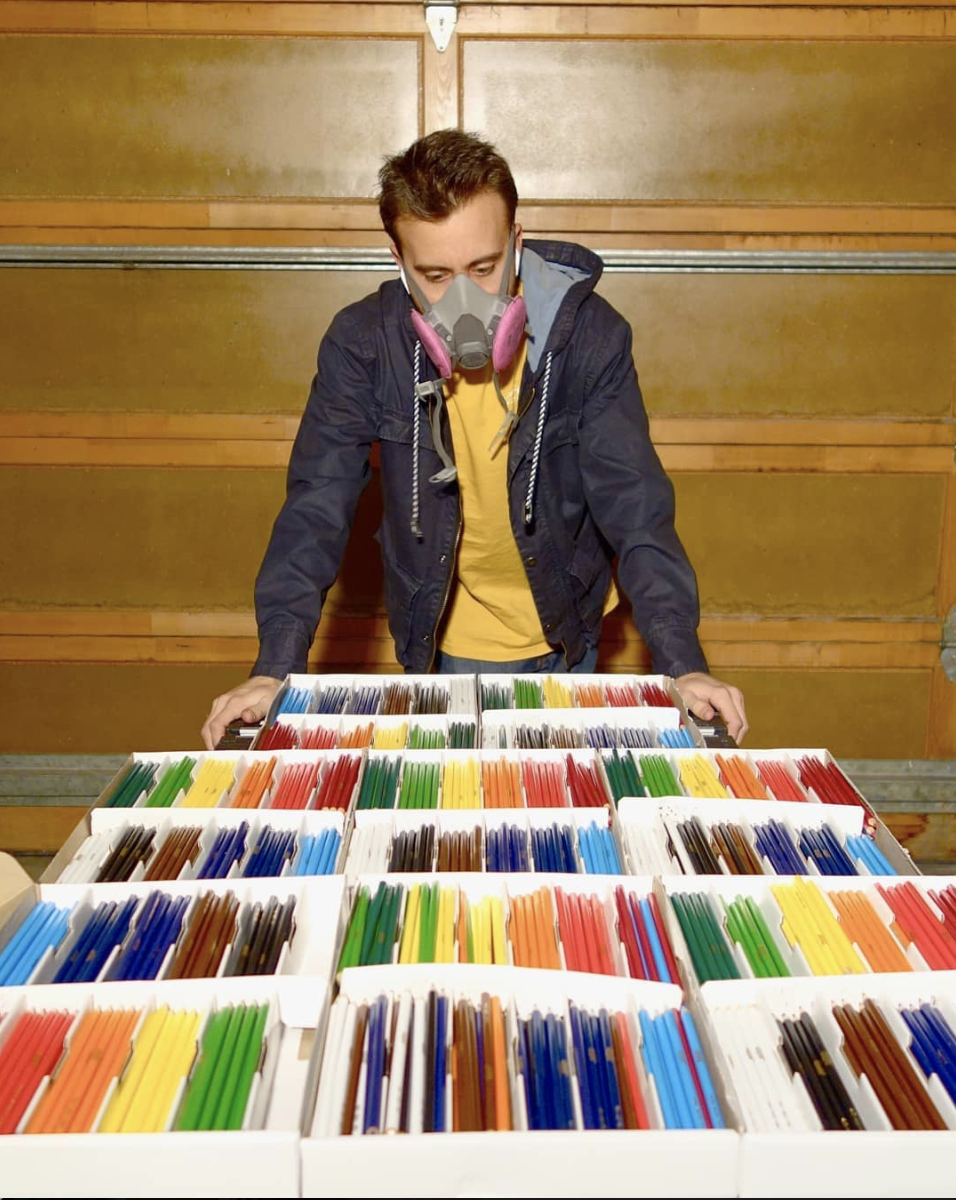 Once he had a body shape he was happy with, the artist used smaller sander bits to add more detail to the custom Strat and refine its edges into smoother curves. He then used a handsaw to carve out the guitar’s arm and belly contours and cavities. 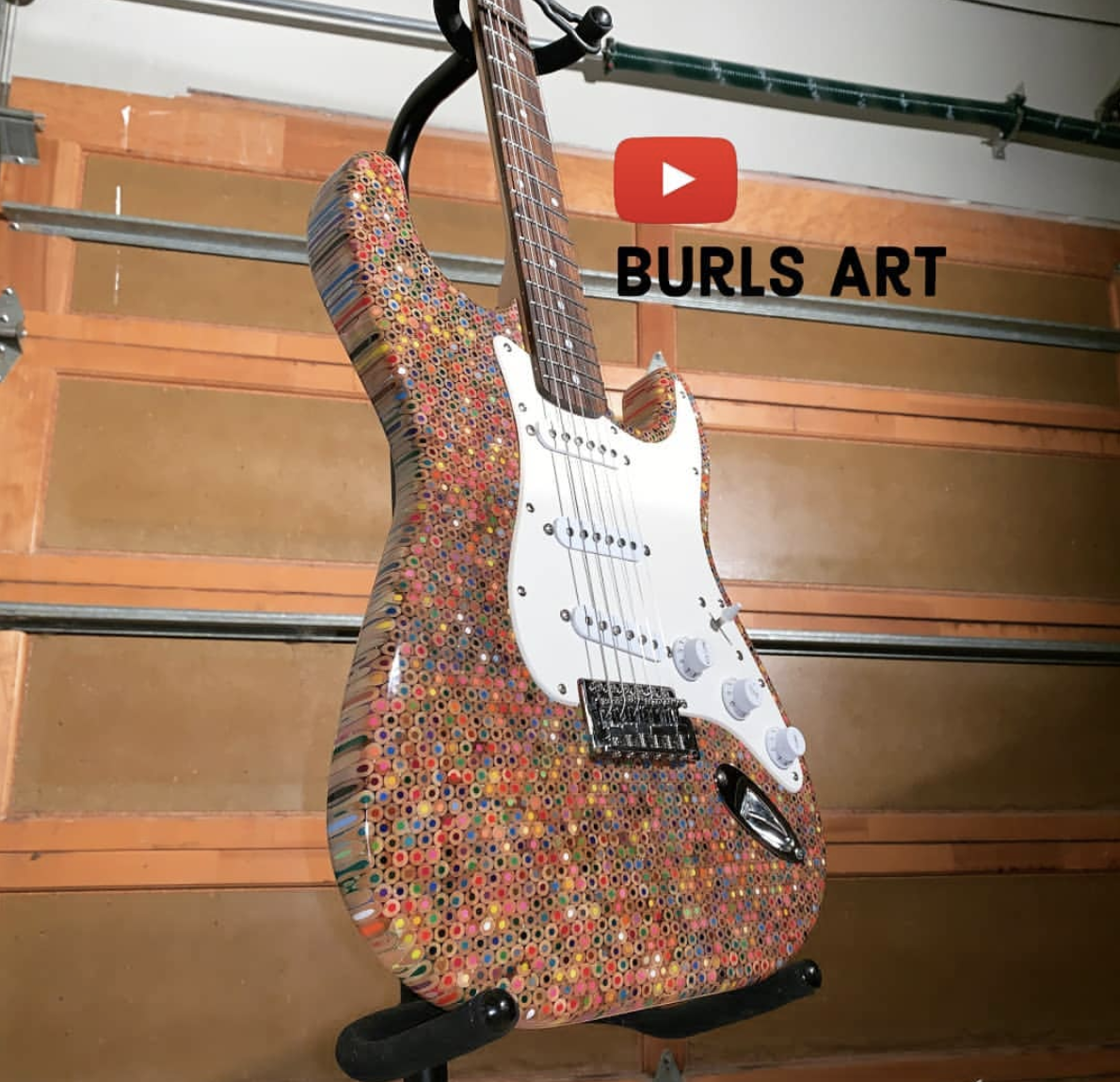 As if all that wasn’t enough, the artist felt the need to get creative one more time so he could give his brand new Fender Stratocaster a brilliant shine. To do this, he hung it in his backyard and sprayed it with a powerful enamel, which itself was later sanded to allow a final coat of mirror glaze to be applied. After that, all that was left to do was to fit the neck, electrical inputs, and strings, then voila! A guitar made entirely out of colored pencils. 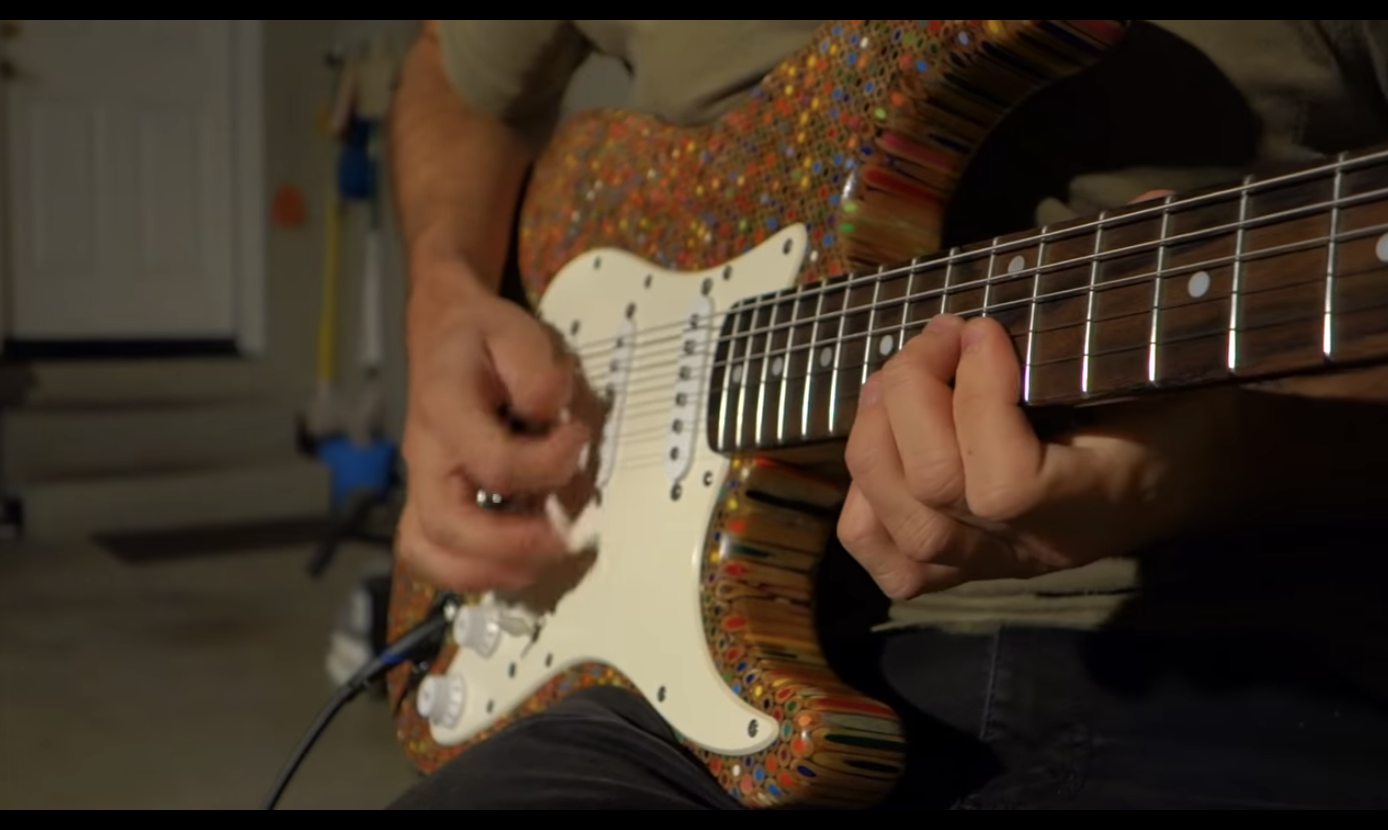 For more fun and creative designs and projects, be sure to check out the videos on the Burls Art YouTube channel.