It’s officially Outlander time! The first episode of Season 5 dropped early on Valentine’s Day, leading us into a new era of the story with Claire (Caitriona Balfre) and Jamie (Sam Heughan) fighting for their home and family on Fraser’s Ridge. If waiting a whole week in between episodes is just too much for you, there’s another way to indulge your love of the show: costume designer Terry Dresbach’s personal blog. 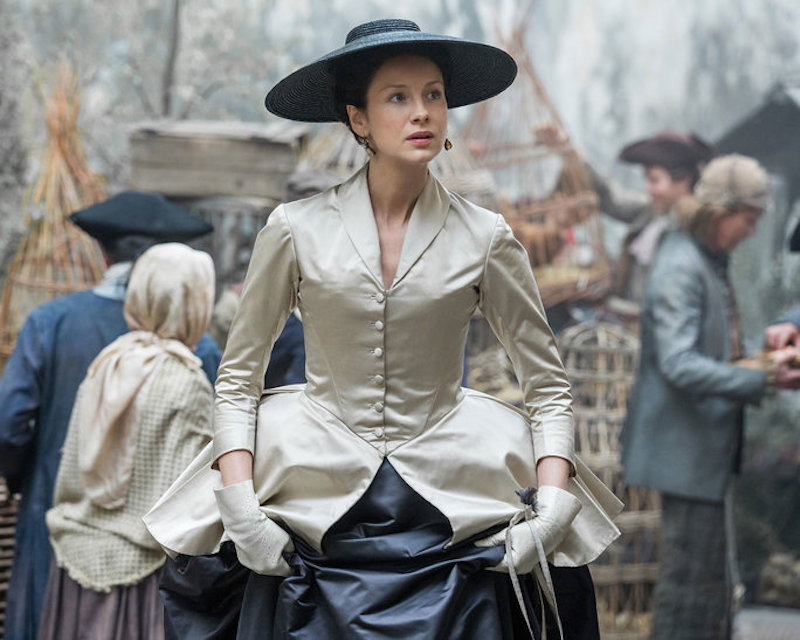 Dresbach’s designs are, arguably, among the most exciting elements on Outlander, and they’ve been called “the least patriarchal costumes on television.” Custom-made for each scene, they range from the relatively staid — like the cloak Claire sewed for herself before traveling back to 18th-century Scotland from the 1960s — to downright scandalous, like the famous breast-baring “swan dress” seen on Madame Nesle de la Tourelle (Kimberly Smart). 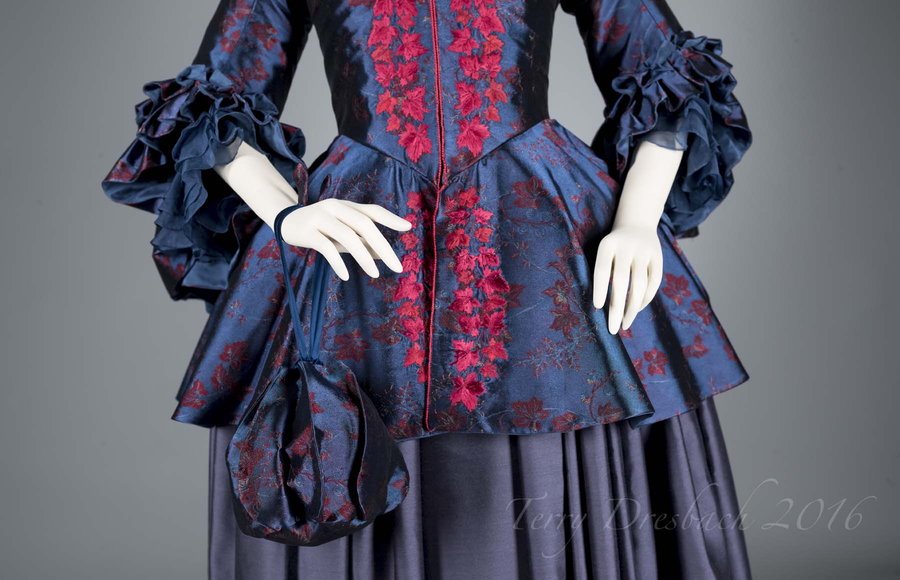 Painstakingly handmade, the costumes are valued at $20,000 to $25,000 each. Taking cues from author Diana Gabaldon’s descriptions in the books, Dresbach brings each creation to life with the help of a team that sources hard-to-find textiles, adds thousands upon thousands of beads, embroiders, and hand-paints details. Dresbach is also married to the show’s executive producer, Ronald D. Moore, so she has the benefit of knowing the nuances of upcoming scenes well ahead of time. 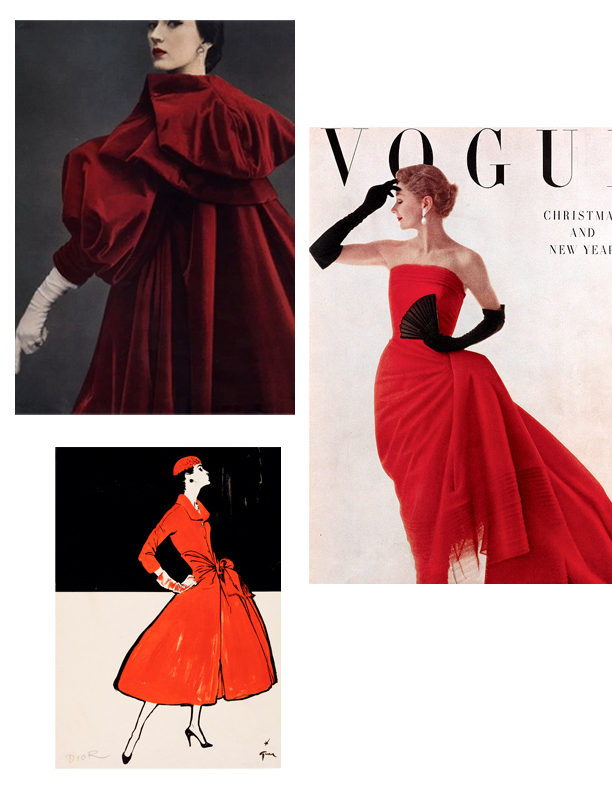 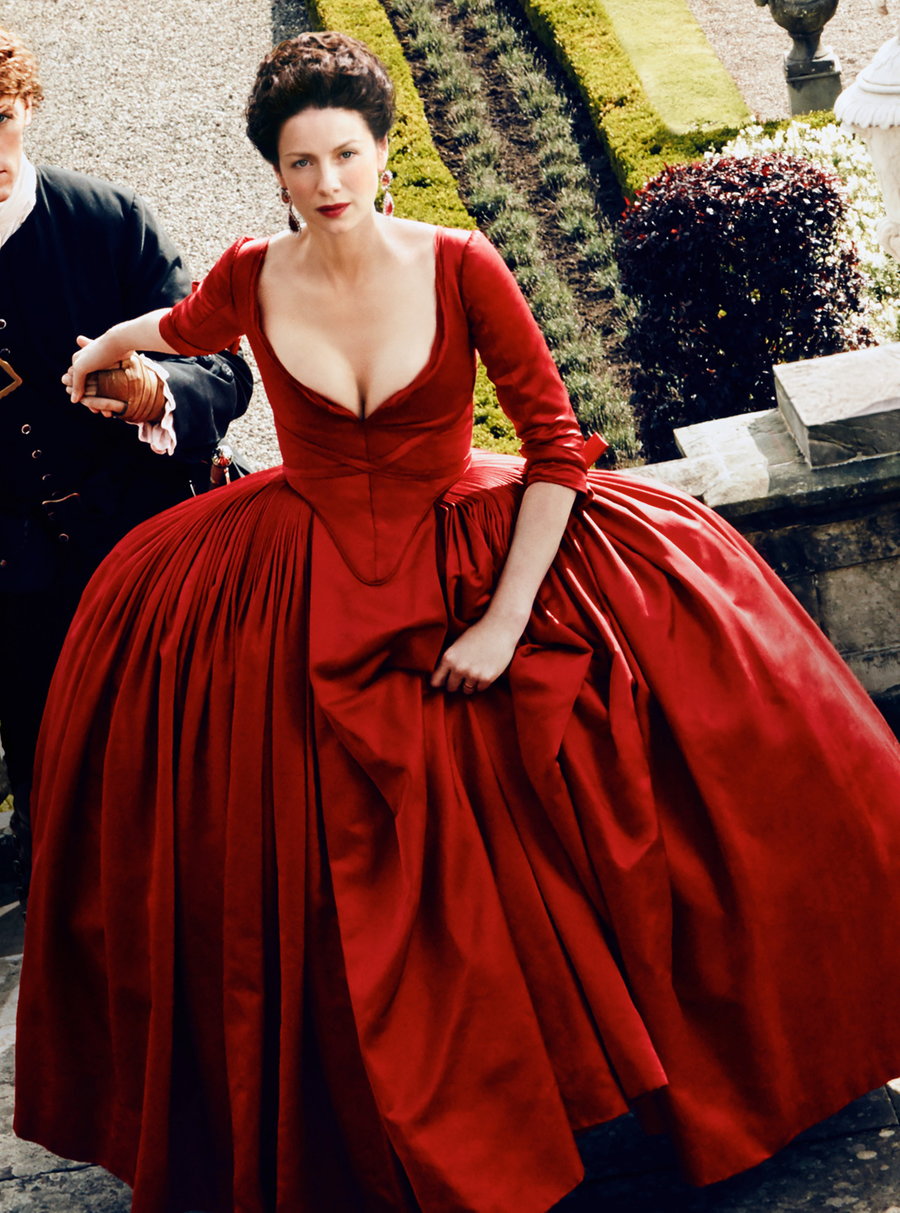 The costume designer revealed to Elle that she quit the business a while ago because she was so sick of the imperative to make every costume sexy, adding: “as a woman and a feminist I really got sick to death of it and I quit the business. So coming back for Outlander was a really interesting trip for me. I only did it because Ron was at the helm, and I knew I wouldn’t have to play in those tired old fields.”

On her blog, Dresbach reveals her thought process behind some of the show’s most statement-making pieces, like Claire’s incredible red dress from Season 2. Many of her posts include her digital mood boards, details on how the garment was made, (in this case, it took fifteen yards of Duchesse satin), and insider information about its use in the show (this dress, and many others, barely fit into Caitriona’s dressing room!). 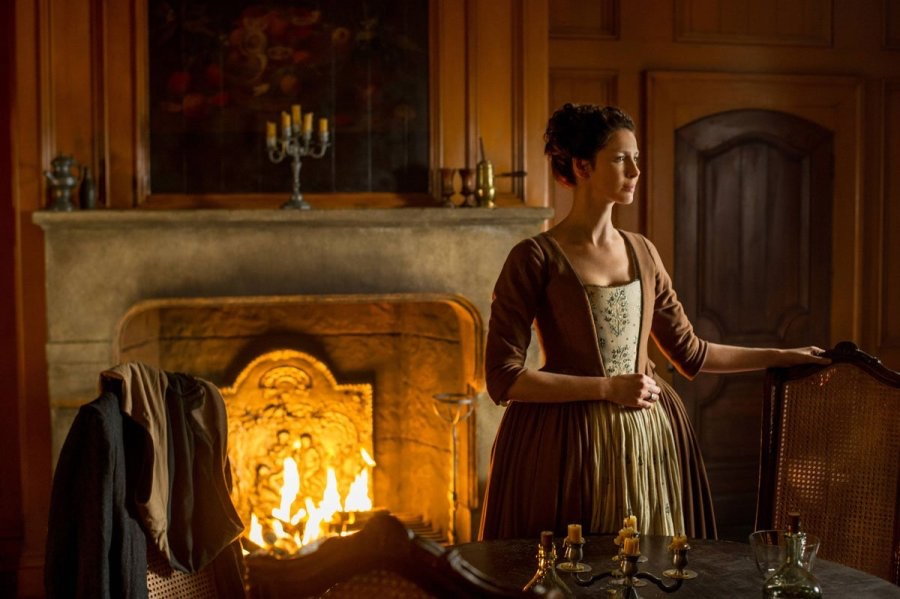 Of the dress Claire wore in France, Dresbach writes, “We didn’t even have an embroidery team at that point in the very beginning of Season One. But Liz Boulton had let me in on her skill as a historical embroidery. I asked if she could embroider a petticoat to match the piece of antique fabric, and we ended up with a very sweet gown. It was perfect for embarking on a new life in France.”

Other characters get their due, as well, like Master Raymond and his incredible embroidered pharmacist’s coat, which Dresbach said she looked forward to making for a long time. “I thought that I would like to tell a story about his work. So two images illustrate principles of alchemy. The Tree Of Knowledge and The Hand Of Mysteries.” 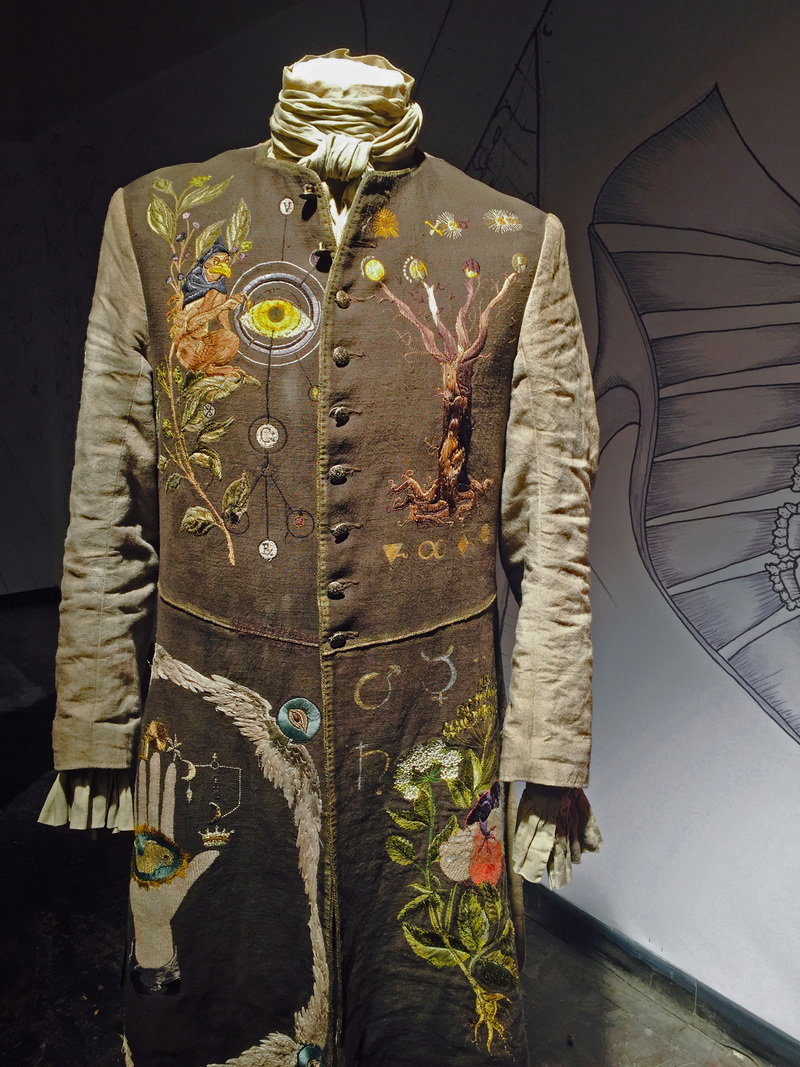 “The other two are diseases and the herbs that cured them. We decided to represent the disease with a monster, having found a fantastic array of monsters while doing research. The Bird represents Yellow Fever, placing his yellow claw into the eye. One of the symptoms of yellow fever was that the white of the eye would turn bright yellow. The other panel is Gout. A delightful Gout monster is gnawing on the inflamed foot.” 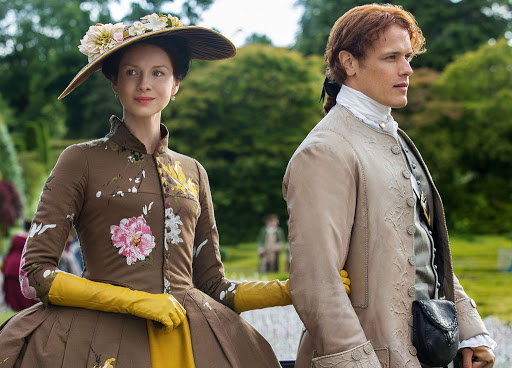 You can catch both new and old episodes of Outlander on the Starz network.