Whether you love it or hate it, you’re bound to have a strong opinion about Brutalist architecture. Admirers of this polarizing style love its dramatic, monumental qualities, which can lend it the dystopian feeling of structures torn straight out of the pages of speculative fiction. It’s intentionally chunky, clunky, and pixelated, typically using the heft of concrete as its dominant visual characteristic. Of course, for many people, it’s just too brutal to bear, and detractors tend to call it ugly, boring, cold, and depressing.

For all the strange and wonderful Brutalist buildings that have sprouted up all over the world, the style has rarely translated to functional design objects that are usable in real-world contexts. A Brutalist chair, for instance, might consist of solid concrete blocks set within a steel frame — not exactly comfortable. It tends to be more successful when it manifests as sculpture, lighting, or inert decorative objects. Now, this espresso machine is here to destroy our preconceptions about what Brutalism can look like in the home, using concrete to a surprisingly beautiful effect. 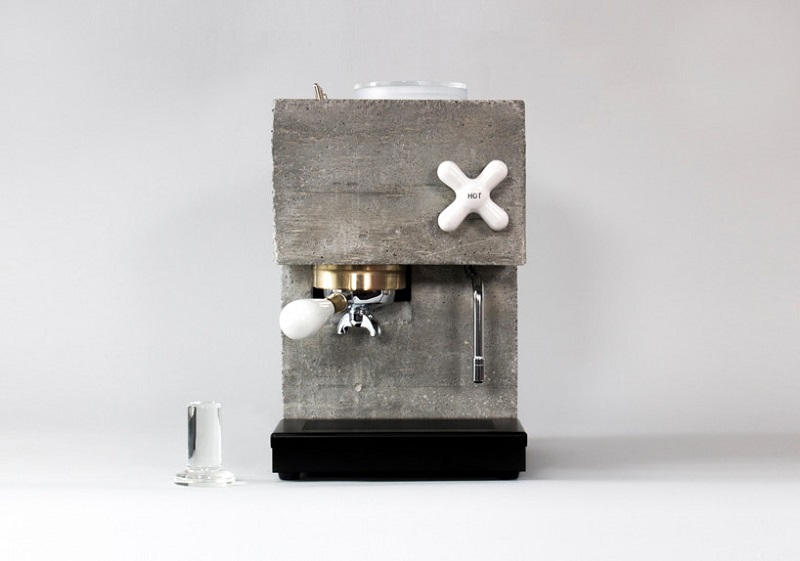 San Francisco Bay Area design studio Montaag presents the AnZa Espresso Machine, an appliance unlike any you’ve ever seen. Born in its creators’ Berkeley backyard shed, the AnZa is more than just the sum of its parts. Its origins lie in the unusual pairing of a design studio and an espresso repair shop sharing the same workspace. 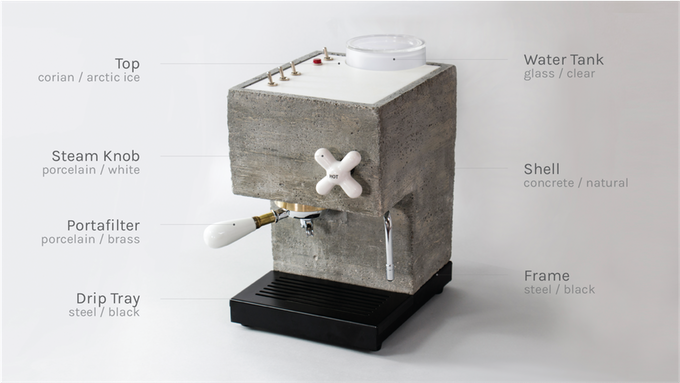 The studio believes that “every designer has the responsibility to bring something new to the table. In a sea of coffee machines, we asked ourselves: if something is made from the same material and produces the same quality coffee as other machines in its price point — then where is the added value? AnZa’s added value comes through its material choices, thoughtfully rendered and completely real, and its accessible functionality. Combined, AnZa delivers a café-quality experience, truly earning a bit of valuable real estate on your home countertop, and in a fashion unlike any other appliance.” 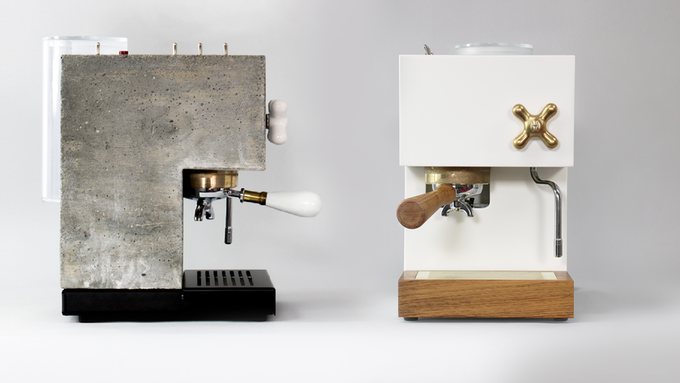 Along with the concrete model, the AnZa is also available in glossy white Corian. Both machines will be equipped with connectivity, so users can remotely program them and integrate them into their smart home systems. While many unconventional high-end design objects remain intangible concepts or prototypes, never becoming available to the public, Montaag began crowdfunding for the AnZa just last week, and the machines are expected go up for sale to the broader public in early 2018. 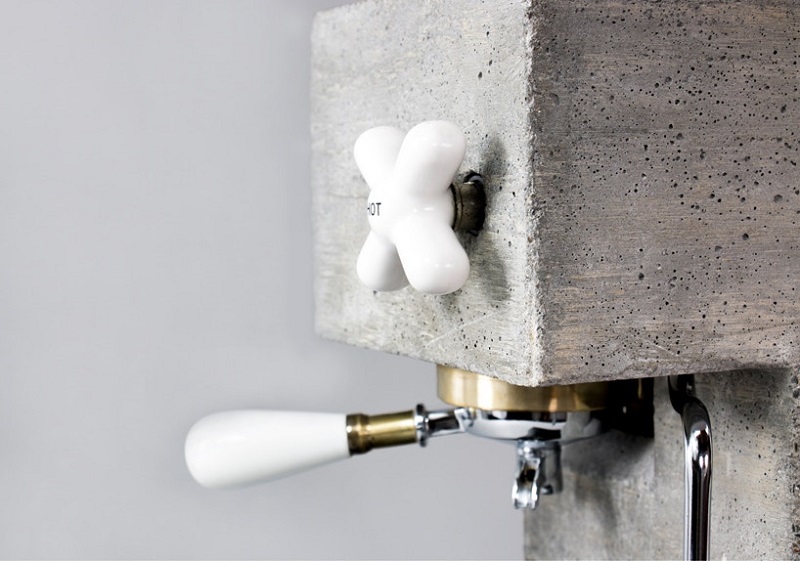 “After several years of design, prototypes, and refinements we’re ready to hit GO! on full-scale manufacturing,” says the company. “This campaign will secure the funds to do just that.” 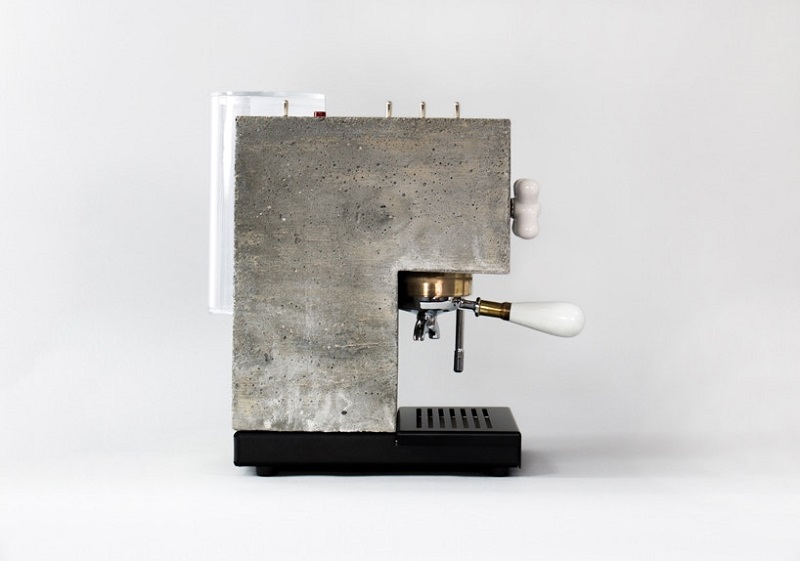 It’s chic, it’s minimalist, and it’s a seemingly solid hunk of concrete on your kitchen counter. Don’t worry, though, the concrete is actually just a veneer. In reality, the AnZa isn’t much heavier than a conventional coffee machine. Plus, it appears to be just as serviceable. Hoping to snag one for yourself? You can stay updated on its progress by signing up for emails on the AnZa website.