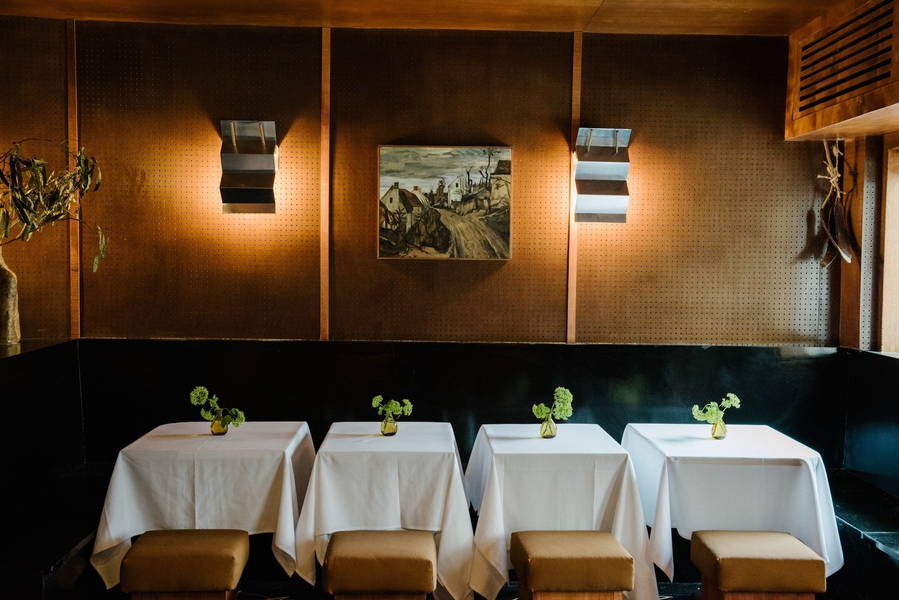 Yudai Kanayama opens new bars and restaurants faster than most people find a spot to park their car. In the last decade alone, he’s unveiled two sister Izakaya restaurants in lower Manhattan, a cozy sake bar on the lower level of Essex Market, and Nowadays, a hot spot in Ridgewood. And while many in his position would be taking a well-deserved holiday by now, Kanayama carries on, recently opening the doors to Dr. Clark in a building where the highly touted karaoke bars Winnie’s and Lalito both enjoyed a good run.

Bringing the Dream to Life 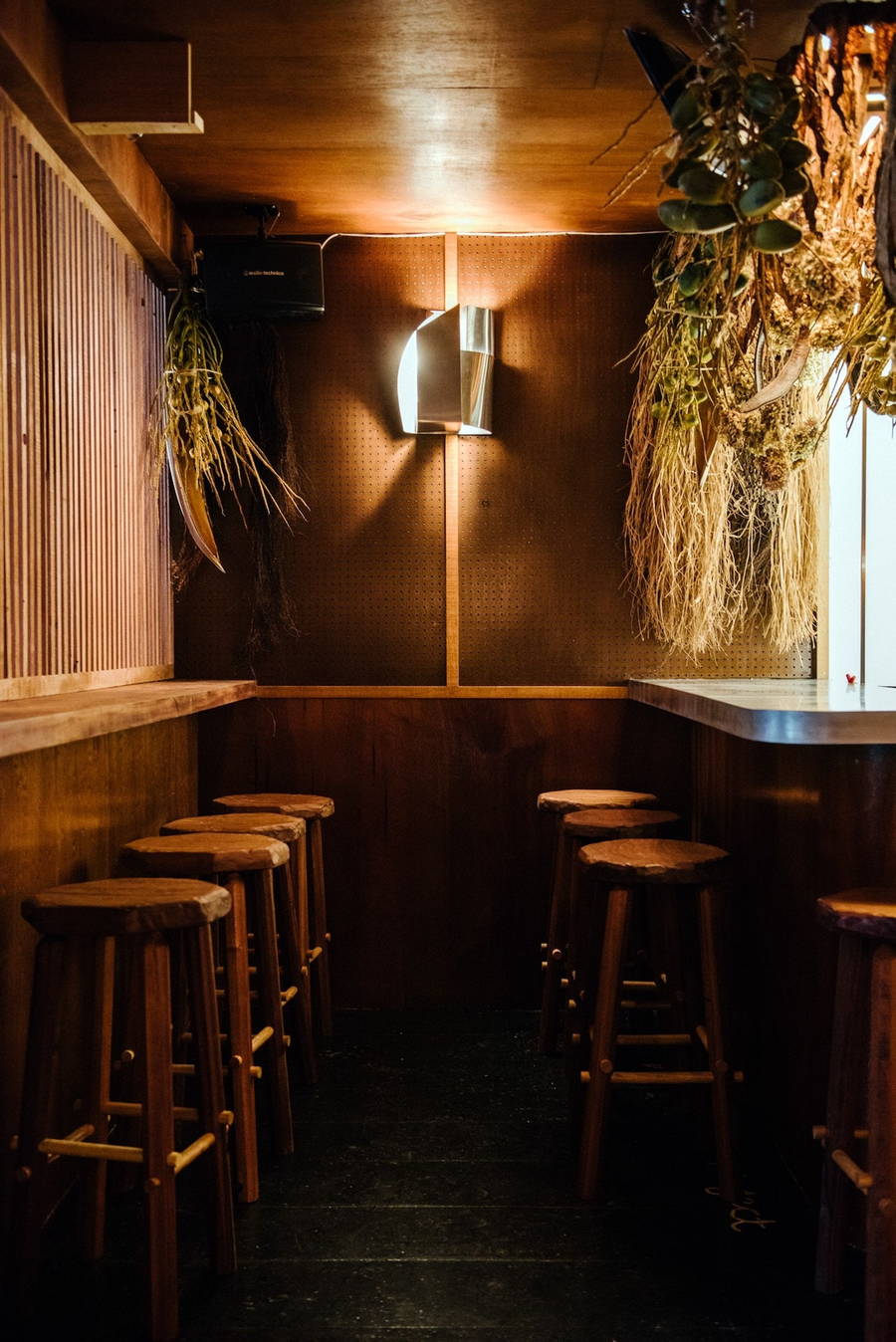 When Kanayama visited the Bode store on Hester Street in late 2019, he was instantly struck by the space. The constructive aspects appealed to him, but what really awed him was the coffee-stained natural plywood that seemed to dominate the interiors. He realized he would require similar skills to make what he affectionately called his “dream project” a reality, and proceeded to seek out the designers who created the store, Aaron Aujla and Benjamin Bloomstein of Green River Project. He pitched his vision for Dr. Clark to them, describing an evocative and engaging gathering place reminiscent of his home in Hokkaido, the second biggest island in Japan notorious for its jingisukan (Genghis Khan lamb BBQ) and healthy agricultural history. 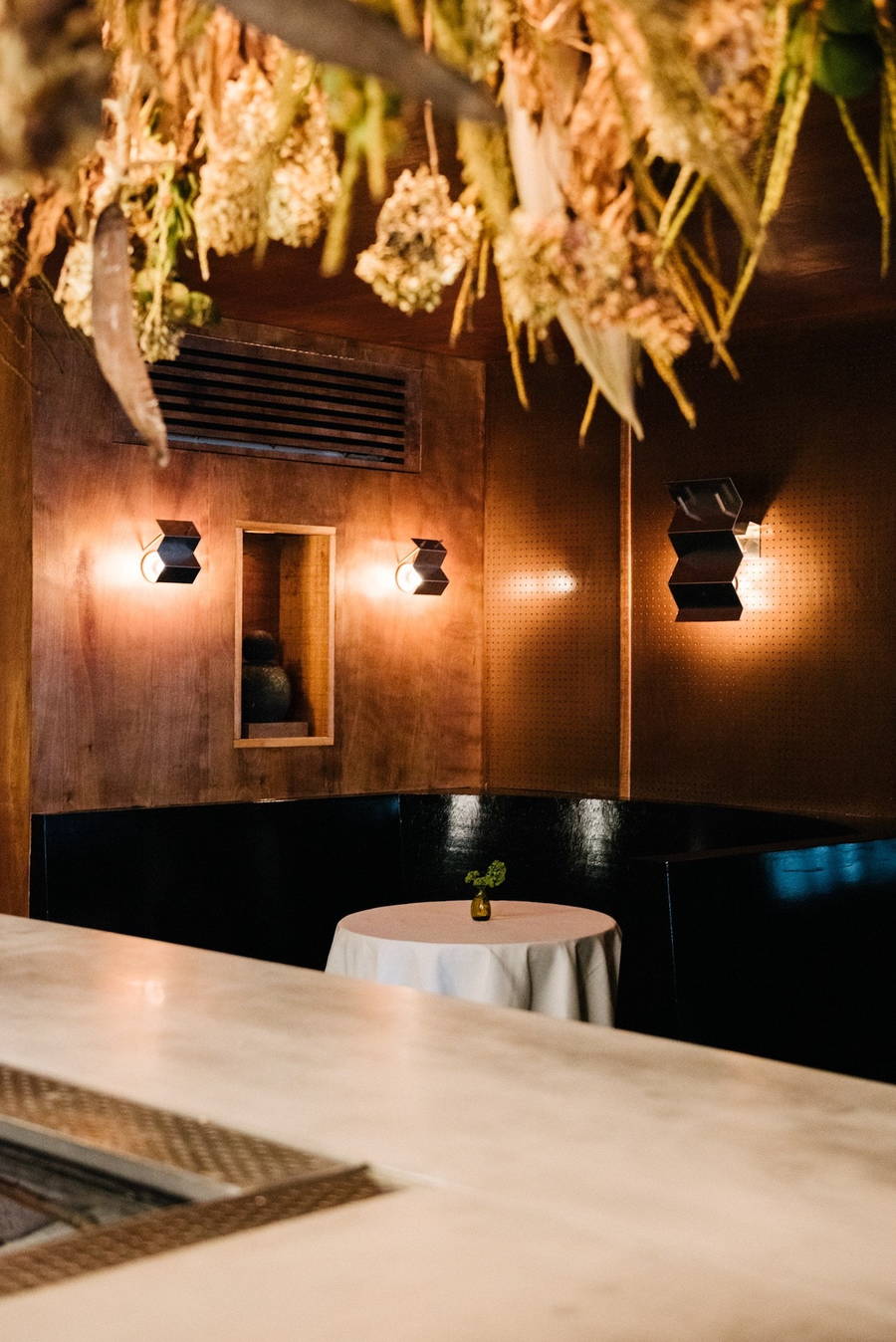 Once they were on board, the dream mingled with nightmarish moments as the details of the project’s one-month timeline began to take shape. “We had about four weeks to make 60 pieces of furniture,” Aujla explains. This included 14 handsewn African mahogany barstools, eight aluminum barbecue tables, and 25 linen-upholstered table stools. Then there were the extensive ornamental embellishments: homemade aluminum sconces, a Kubrickian rectangular bar surrounded by soft illumination, and a miniature clay sculpture of the eminent Japanese agriculturist Dr. William C. Clark himself (a life-sized duplicate of which still stands in Hokkaido). But the most painstaking details in Dr. Clark are the Japanese characters carved into the floor and exterior facade that, when translated, convey little details about the restaurant, including booth numbers, hours of operation, and so on.

Kanayama will offer Genghis Khan lamb BBQ, also known as Mongolian barbecue, as Dr. Clark’s signature dish. The complex entrée is a dish local to Hokkaido comprised of grilled mutton, lamb (a younger and less gamey tasting sheep), and vegetables prepared on a special grill with a raised mound in the center. The dish is served in restaurants and outdoor barbecues alike, with the meat either being seasoned ahead of time or grilled unseasoned and dipped in a seasoned sauce before eating. For Dr. Clark, the lamb will be sourced from upstate New York’s own KinderHook farms. Kanayama believes it will be a bigger hit in the Big Apple than his hometown as “Japanese people don’t understand the flavor.” 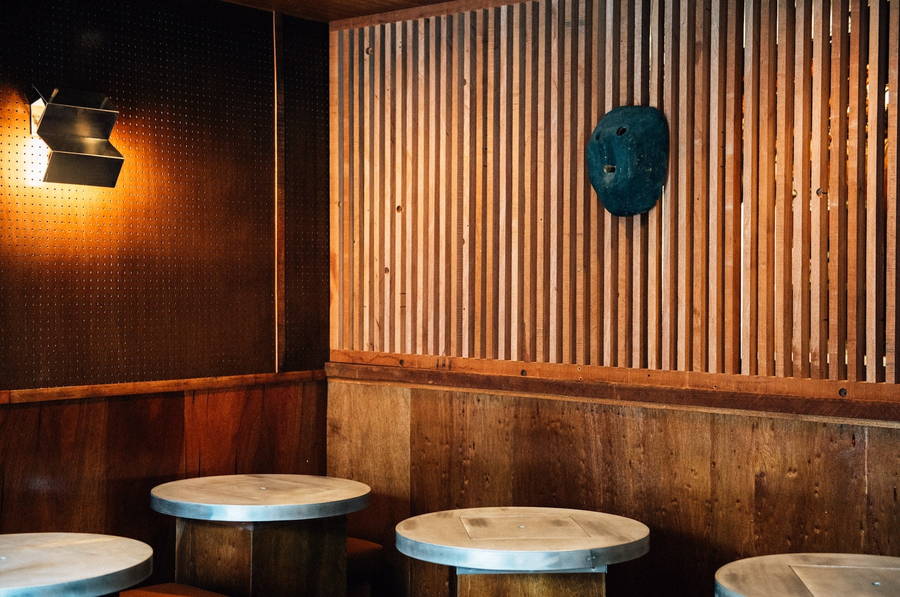 Another specialty dish offered at Dr. Clark will star sea urchin, a favorite of chef Mumetake Ogata, a former fisherman who’s personally caught a ton of the spiky critters off the northernmost tip of Japan. Kanayama adds that the unique eatery will also feature a late-night milk parfait that he playfully calls “Hokkaido’s drunk food.”