Christopher David White is a 40-year-old trompe l’oeil artist from Richmond, Virginia who creates whimsical handmade clay sculptures that appear to be made from things like rusted metal, dilapidated cardboard, and decaying wood — all with a level of detail that leaves onlookers absolutely breathless. White’s ceramic sculptures have even been dubbed optical illusions by a few who commonly fall into the trap of mistaking his hyperrealistic masterpieces for wood. In his 2016 series “Human:Nature,” we see pieces that remind us of the fragility and impermanence of human life. 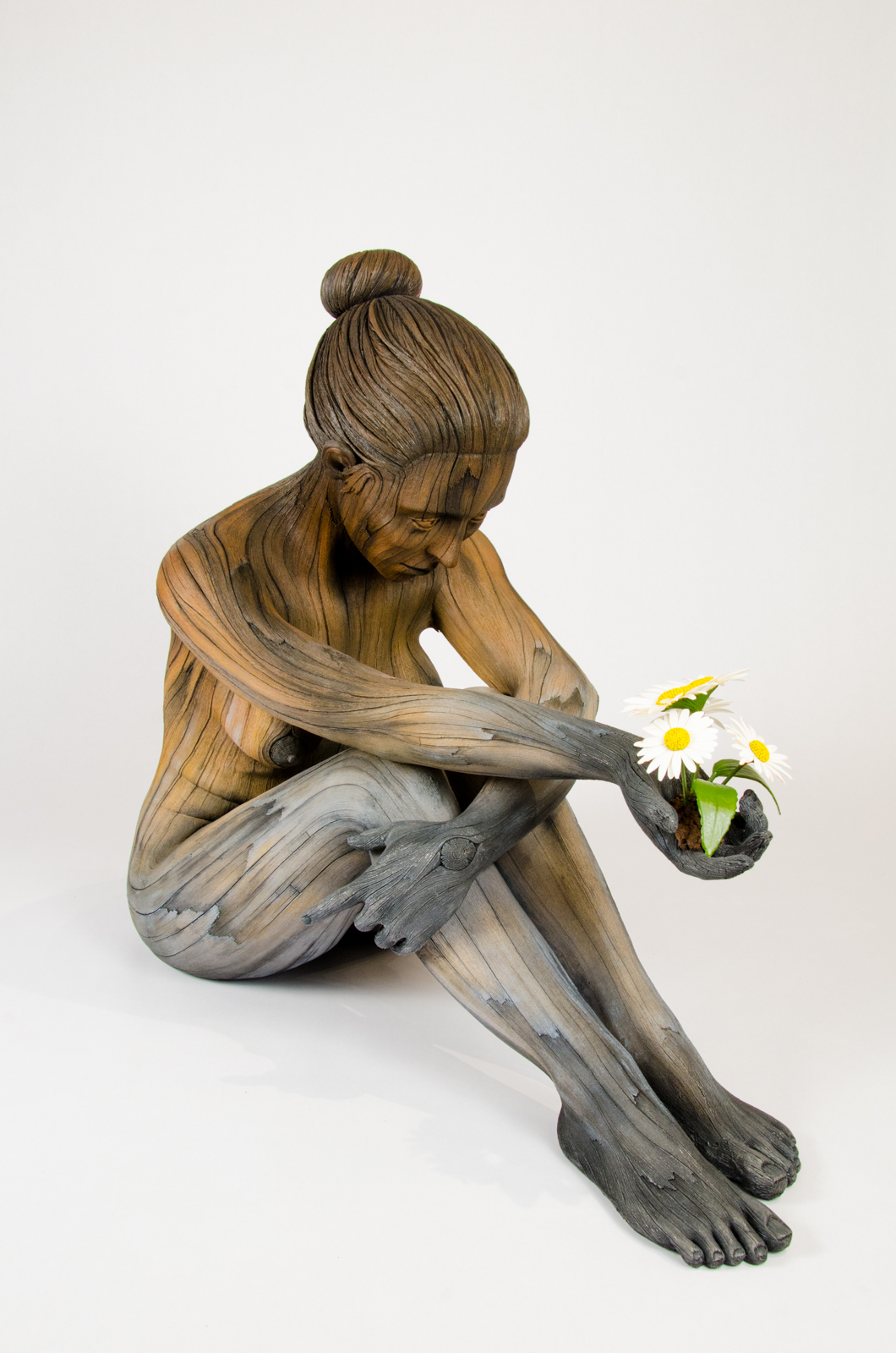 White’s sculptures usually depict human entities, whether they be nymph-like women or grotesque body parts and hands. Using intricate detailing on all his pieces, White paints and styles them using mold, moss, and water droplets to give them the look and feel of weathering, deteriorated relics. He explains: “The juxtaposition of natural and man-made features, in combination with the skewing of scale, proportion, and material, helps in creating an altered perception – forcing the viewer to look closer.”

Most of White’s works stick to an earthy color palette of browns, rustic oranges, yellows, and gray concrete tones, though a seemingly out-of-place splash of color will make an appearance every now and then, such as the bright pink brain in his sculpture “Food for Thought“ or the blue and piercing gold eggs featured in “Tipping Point.” These vibrant anomalies are often placed alongside the ‘wooden’ sculptures as symbols or statements about the ways we perceive our temporary existence. 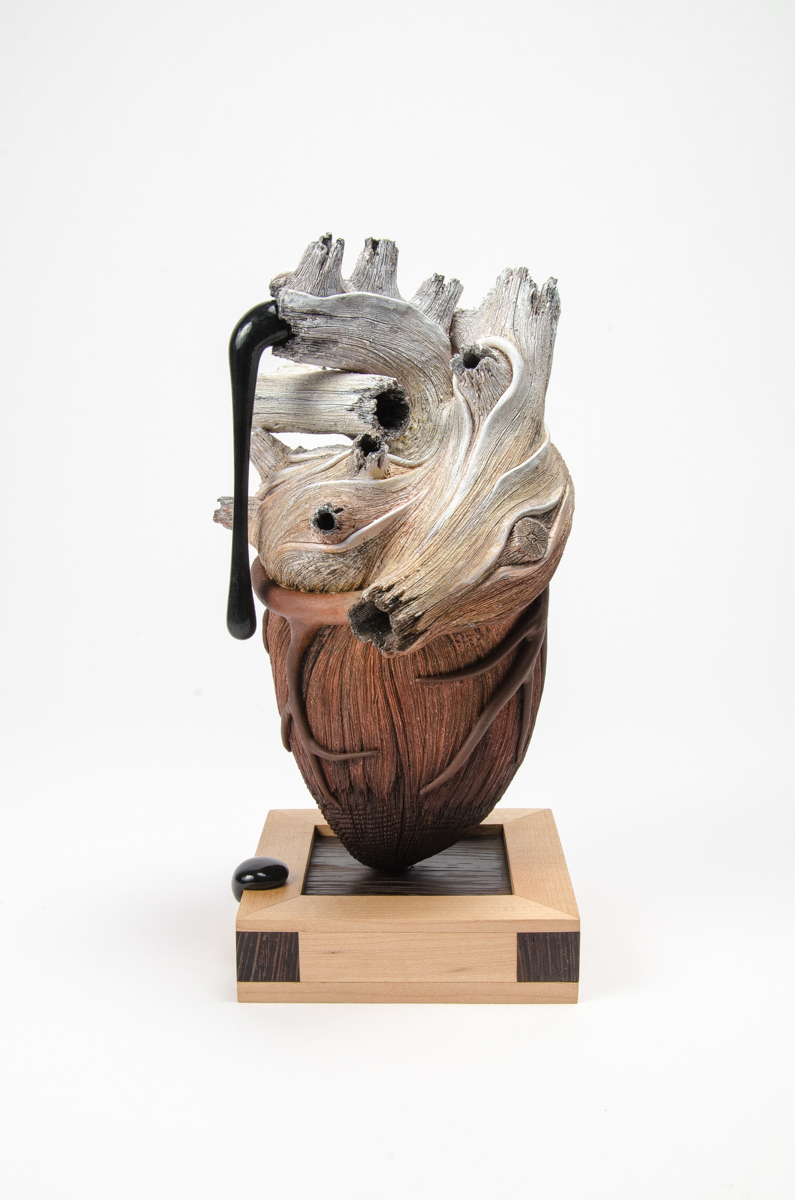 Utilizing several different sculpting techniques like molding, modelling, and casting to create different visuals and textures, White’s work perfectly reimagines the cycle of growth that both humans and nature are subjected to throughout their lives. The artist strives to convey the idea that “permanence is the ultimate illusion” and that there is actually exquisite beauty in the decaying of life — after all, death and decay are natural processes, and not always ones that should be viewed negatively.

Our everyday interactions with the natural world have the ability to change our lifespans, lifestyles, and even the things outside ourselves. White believes that even though our biological patterns are echoed all throughout the universe, we decide to create boundaries and barriers between ourselves and nature in order to feel power over the thing that actually sustains us and makes us who we are. He adds: “The repercussions from our persistent consumption are tipping the balance towards a bleak future that endangers our very survival. Given the unparalleled state of our technological and scientific achievements, it is not only possible but necessary to find a new balance that promotes a thoughtful and sustainable relationship with nature.” 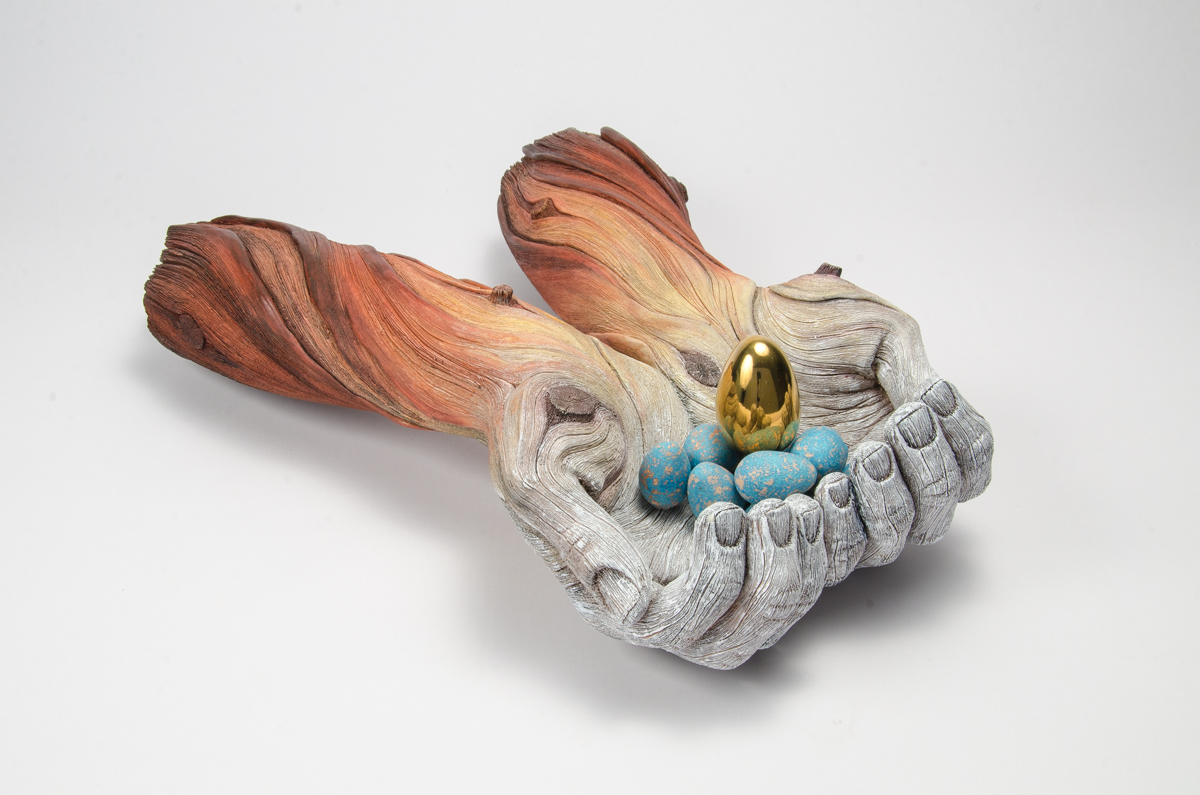 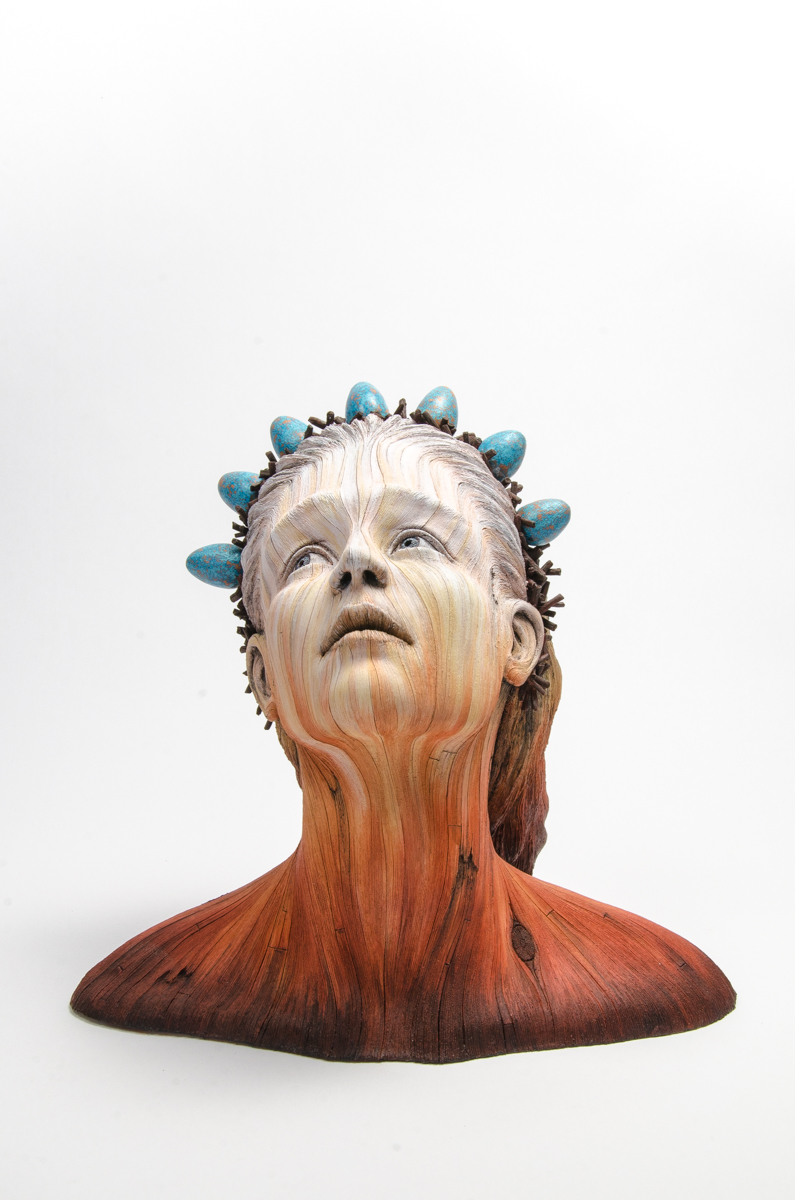 In 2015, White received his Masters of Fine Arts in Craft Studies from Virginia Commonwealth University after graduating with a Bachelor’s degree in Ceramics from Indiana University in 2012. He was awarded “Most Environmentally Conscious” at INLight 2014 and has had his work featured in acclaimed publications like My Modern Met, Colossal, Juxtapose, and Beautiful/Decay.

Where Can I Find White’s Work? 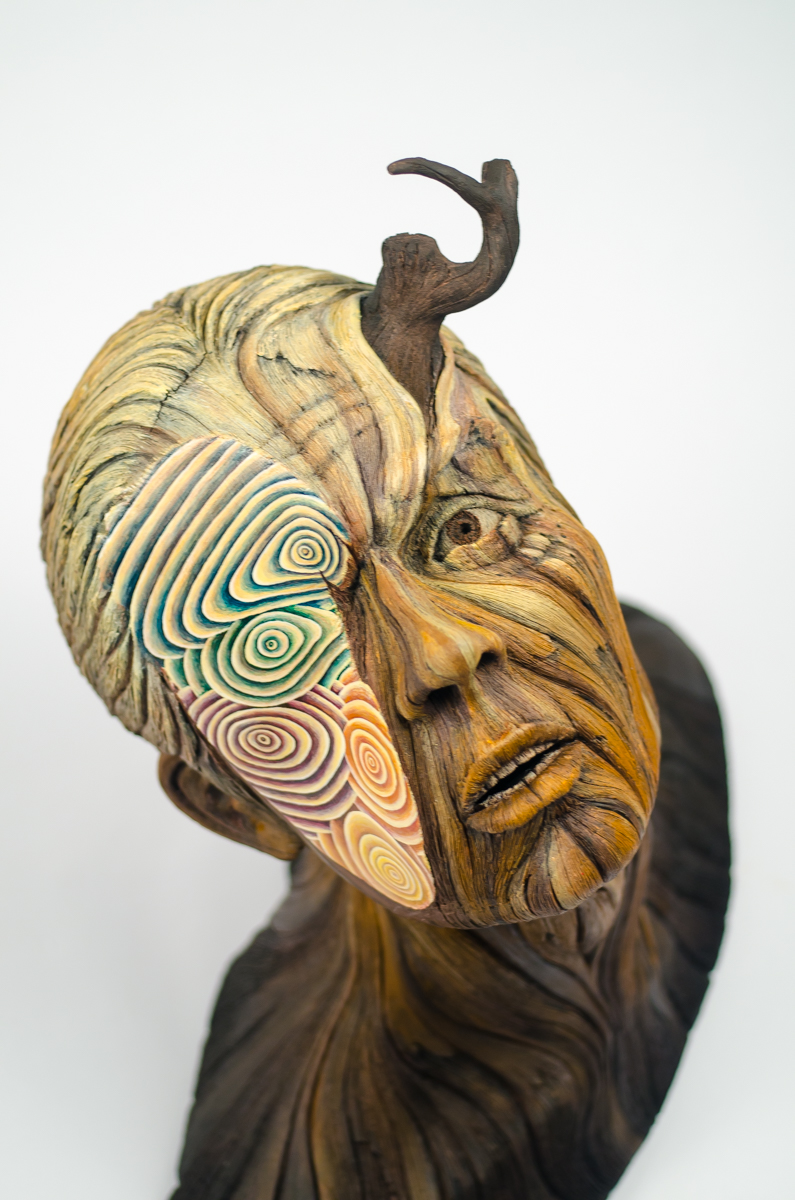 White’s phantasmagorical sculptures have been showcased in international galleries and museums all around the world, including the Daejeon Museum of Art and Suwon I-Park Museum of Art in South Korea, Hartwick University’s Foreman Gallery in New York, and the Abmeyer & Wood Gallery in Seattle. You can see and read more about his creations on his official website.