Electronic waste has emerged as one of the major environmental crises of the 21st century, and it only gets worse with every new innovation. As we’re encouraged to drop outdated devices and purchase the latest versions, the old ones are often improperly discarded. Batteries corrode and leak contaminants into our groundwater and surface water, harming wildlife and human health. Some, like lithium-ion batteries, can take hundreds or even thousands of years to break down. They also tend to be dangerous, occasionally exploding or causing fires. Ending our reliance on fossil fuels requires a whole lot of battery power, making greener options an urgent necessity. One interesting new option? A partially biodegradable battery made of crab and lobster shells. 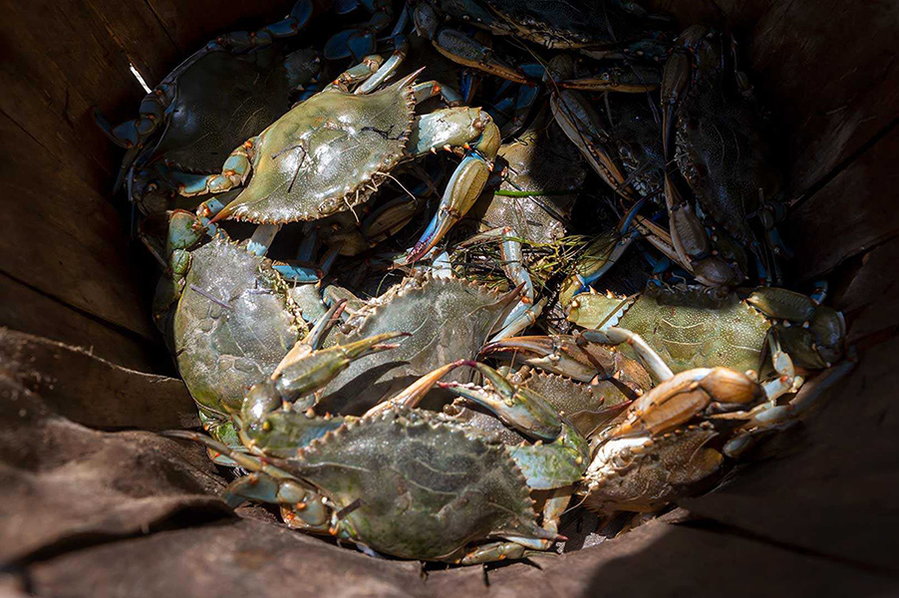 In conventional batteries, there’s a positive electric terminal at one end and a negative terminal at the other, with either lead or lithium in between as the liquid, paste, or gel electrolyte substance that propels ions back and forth to generate electricity. Scientists and engineers at the University of Maryland found a way to replace that lead and lithium with chitosan, a polysaccharide sugar that gives the outer skeletons of shellfish their strength and flexibility. Even better, that chitosan can be sourced from materials that are usually thrown away as a byproduct of the food industry. The researchers published their discovery this month in the journal Matter.

“The most abundant source of chitosan is the exoskeletons of crustaceans, including crabs, shrimps, and lobsters, which can be easily obtained from seafood waste,” said lead author and Materials Science and Engineering Professor Liangbing Hu, director of UMD’s Center for Materials Innovation. “You can find it on your table.”

Chitosan can be synthesized into a firm gel membrane with the addition of acetic acid aqueous solution, combined with zinc, and then used as an electrolyte for a battery. Zinc is an abundant naturally occurring metal found in more than 50 countries around the world. It’s used to make batteries safer, and it’s recyclable. That means the major components of the batteries are cheap and readily available, a crucial consideration when so many so-called “sustainable” innovations require the mining of rare minerals.

The UMD researchers found that their chitosan-based battery is 99.7-percent energy efficient even after 1,000 battery cycles (about 400 hours of use). That means they can be quickly charged and discharged without affecting their performance. They’re also not flammable, and two-thirds of their composition can break down in the soil within a mere five months, leaving the zinc behind to be recycled. The next step will involve testing the batteries on a larger scale and under commercial use conditions. If successful, these biodegradable batteries could be used in tandem with solar panels, wind farms, hydropower, and other green energy solutions.

“In the future, I hope all components in batteries are biodegradable,” said Hu. “Not only the material itself but also the fabrication process of biomaterials.”