Ever been tempted to dabble in renewable energy? If the initial outlay has always put you off, you might want to take a look at the new “Enomad Uno.” This mini-turbine is small enough to take on a hike or camping trip, and it will last you even if you’re planning on venturing off-grid for a while (no need to explain why). To generate your own power with it, all you’ll need is some running water. 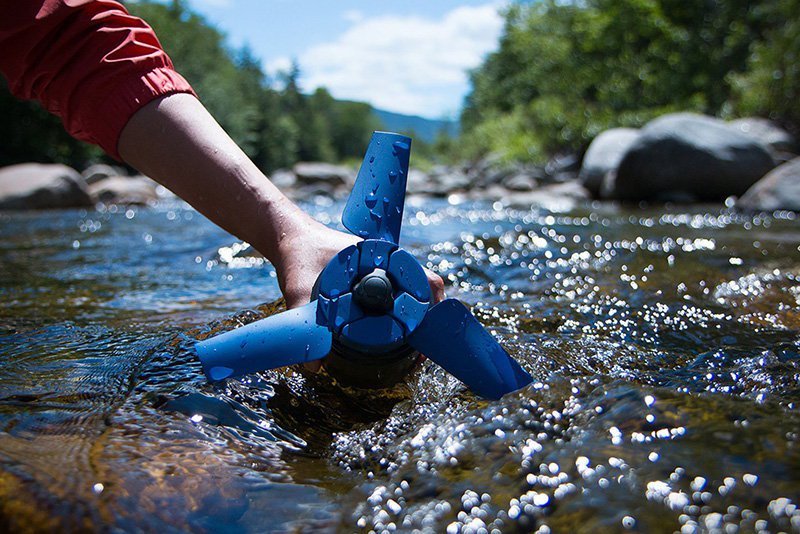 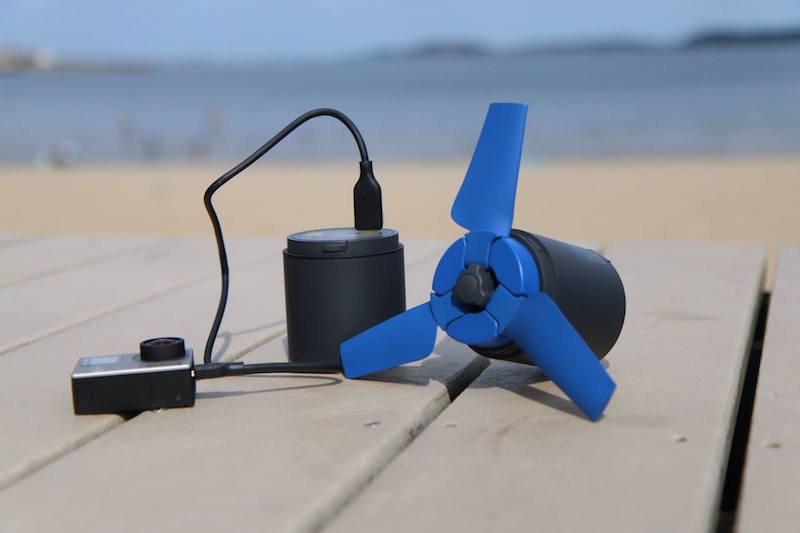 The Enomad team of professional designers and engineers figured out how to make a generator that works even in shallow, slow-moving streams. “As a generator, it produces 2.5 to 7W of energy,” they explain. “As it is suspended in water, water flow rotates the turbine. The rotation enables the generator to generate electricity. It works well even in a weak current or behind your kayak.” We’re thinking that this could be the fisherman’s new best friend.
The lightweight turbine generates and stores enough power to charge any USB device you connect to it. Once it’s fully charged (which takes about four and a half hours), it can power up to three smartphones or tablets — and if you’re near running water or can pull it through water behind a boat, you’ll be able to recharge it as much as you want! The Enomad crew says it actually charges devices twice as fast as the regular outlets in your house. 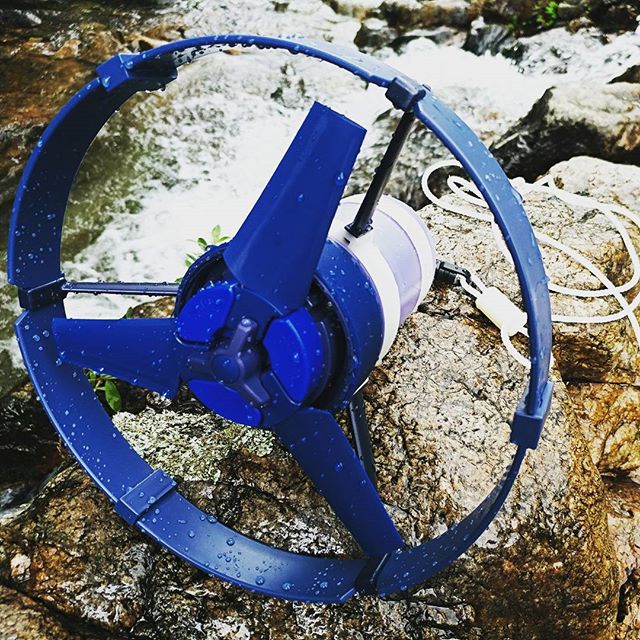 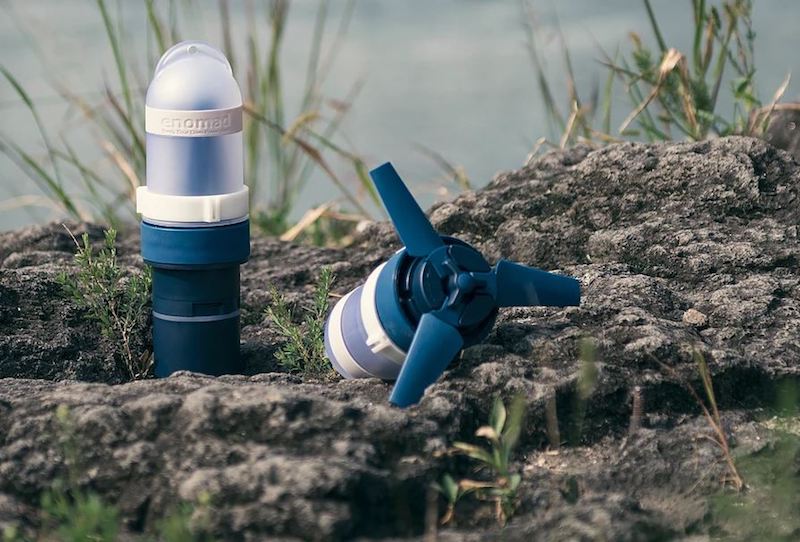 Once you get back home, you can boost the Enomad Uno’s battery life by plugging it into the wall, so it’ll be ready to go when it’s needed again. That makes it a convenient option for a backup power source in the event of an emergency.
The designers are quick to point out that the Enomad Uno is very versatile. “It also has a patented modular design so that its application is extended from back-up battery to lantern, speaker, Wi-Fi router, and much more. Everything is all-in-one and completely customizable.”
https://www.youtube.com/watch?v=V901VuUOpeU
In May of 2014, the Enomad team launched a public project to test its pilot design and the mechanics of converting running water into stored energy. The company’s “Smart Charging Station” project captured people’s attention by inviting them to charge their smartphones with the energy generated from three prototypes, which in turn were placed in one of the most popular rivers in Seoul, South Korea.
Actions often do speak louder than words, and this demonstration (and the positive reaction to it) only helped drive the inventors forward. 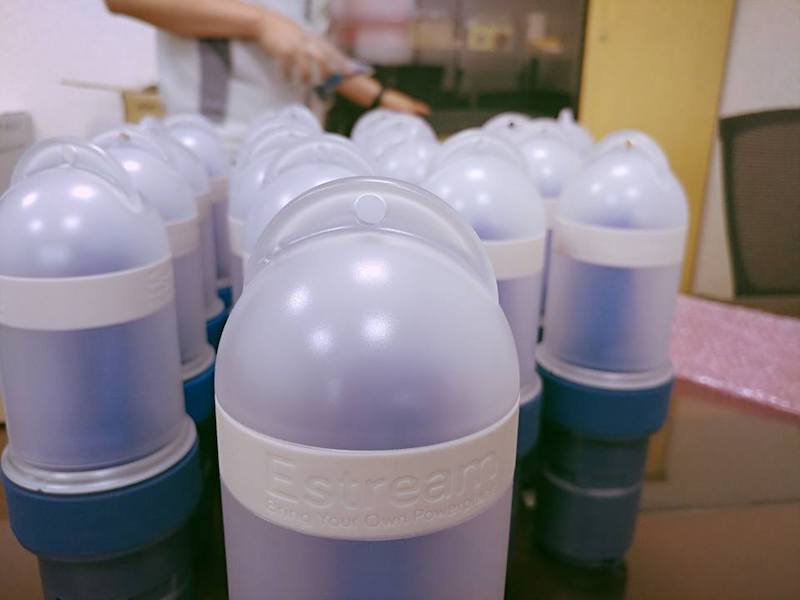 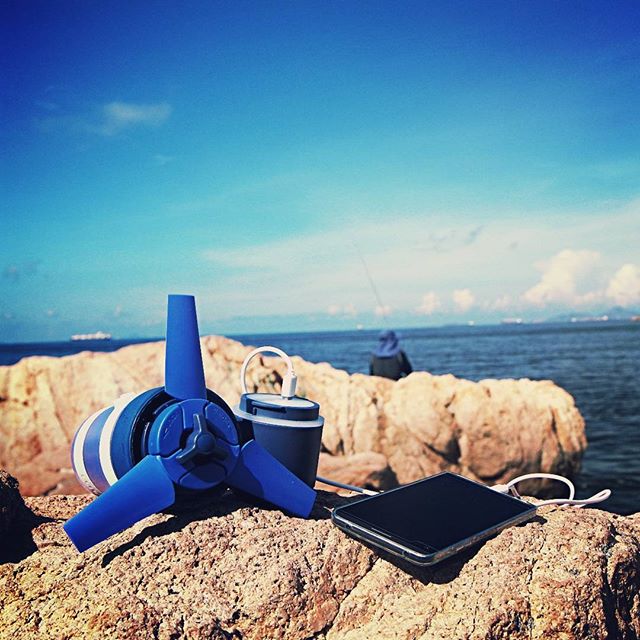 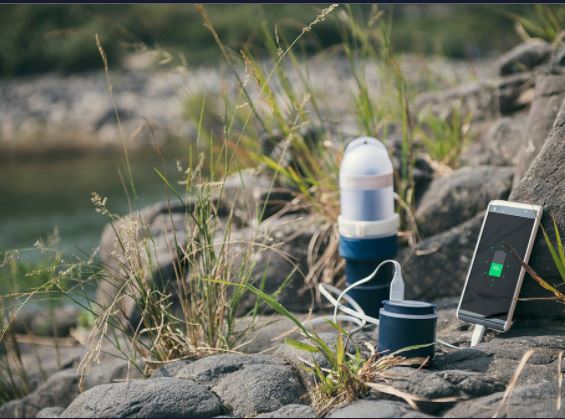 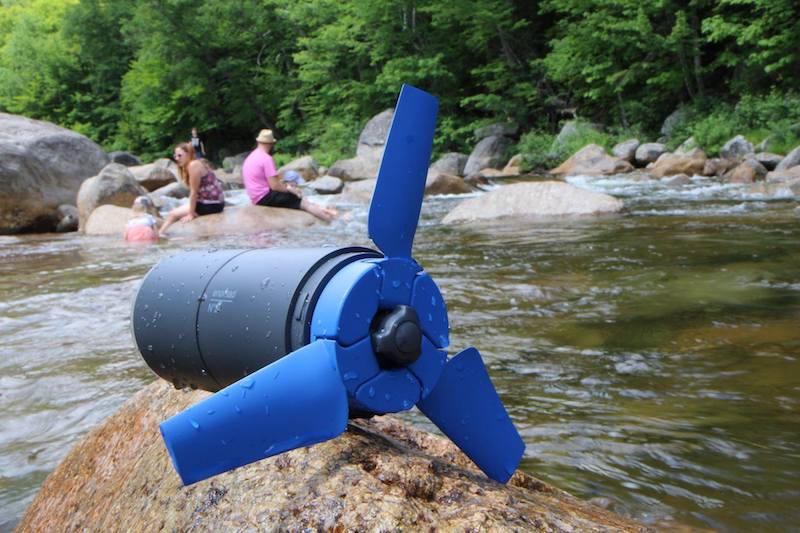 Continue reading below
Our Featured Videos
While the company acknowledges that there are plenty of portable, rechargeable batteries on the market, it believes that the ability to charge using water flow makes the Enomad Uno stand out from the crowd.
“More reliable than solar and more efficient than wind, water is one of the world’s most powerful renewable energy resources, and it’s all around us,” reads the company website. “Enomad Uno is chargeable by water — not only does it minimize the environmental impact of your energy consumption, but it allows users to take an active role in experiencing how energy is produced and used.”