For centuries, ecclesiastical architecture (mostly in the form of churches and abbeys) was the pinnacle of civic construction. Even in the 20th century, the definition of “religious architecture” was significantly expanded via the adoption of many modernist forms. But now, with the broad decline of religion globally, fewer and fewer religious structures are being built as time goes on — which is exactly why a new competition to design a floating church for the London canals offered an innovative new approach to the field. 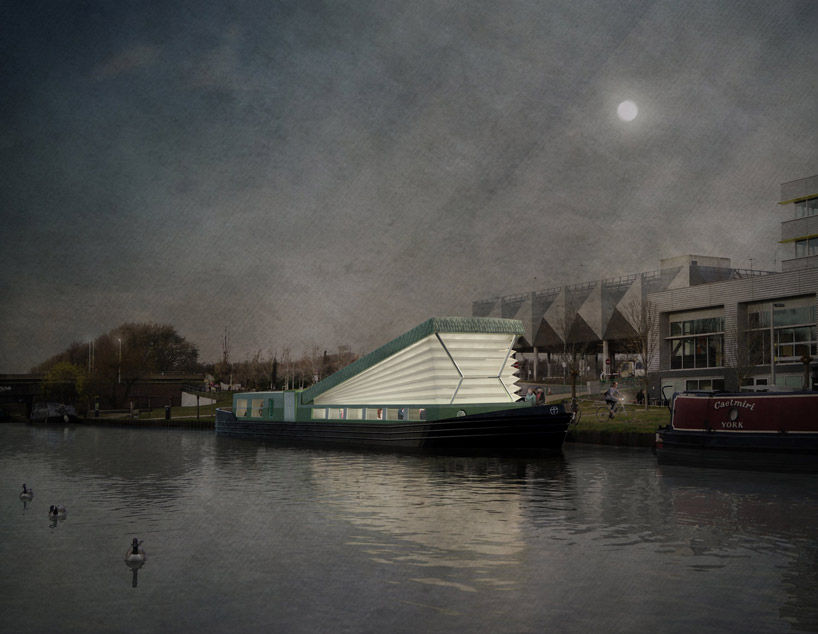 The project was commissioned by the Diocese of London, who called for a church and community building that would be able to accommodate various functions like social gatherings, yoga classes, parent and child groups, exhibitions, musical performances, art classes, and literary workshops. The winning proposal was developed by the local design firm Denizen Works in collaboration with boat-building company Turks and conceives of the brief in the form of a church atop a barge, enabling the entire structure to float along the canals and moor at regeneration sites that have already been specified by the diocese. They hope to erect more permanent congregations at these sites once the floating church is unable to accommodate more parishioners. 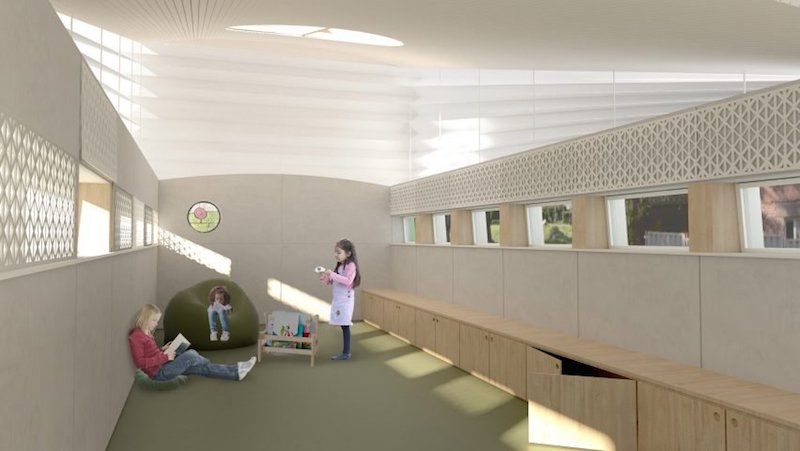 The boat’s unusual shape is inspired by both church organ bellows and the expandable roofs of camper vans. The translucent structure will consist of a durable hull and a collapsible rear made from sail material. Denizen Works explains, “the concept was developed to provide a dramatic and transformative space within the confines of a barge designed to traverse the London canal network. During its nomadic existence, the boat will alternate between two distinct characters. When navigating the waterways, the boat will be compact and low-lying so as to pass beneath bridges. When moored, the boat will bloom into an illuminated beacon with its sculptural pop-out roof canopies. The largest canopy will provide a dramatic internal space for worship through to arts and cultural events.” 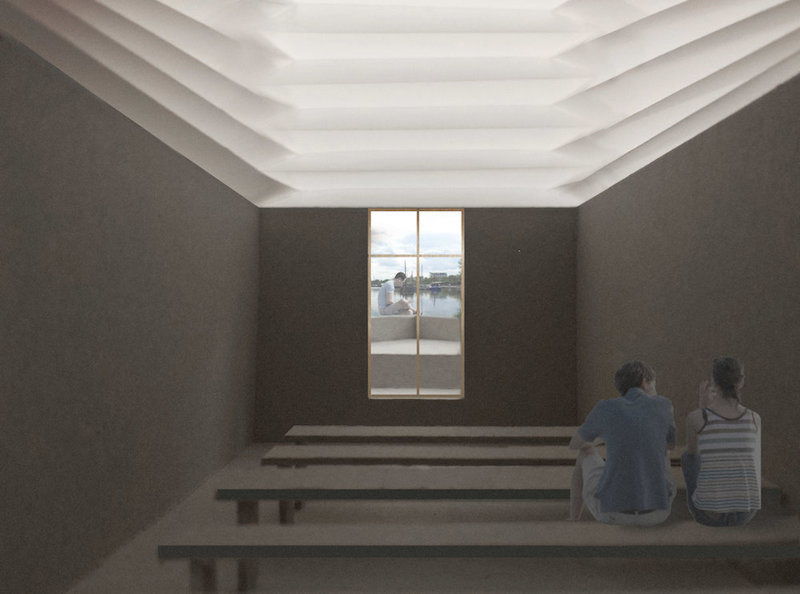 London’s canals are often thought of as idyllic places with a quintessentially British character, and in recent years, especially in East London, the canal boats and barges that line them have been becoming increasingly coveted as living spaces and homes. The concept of putting a church on a canal boat is no doubt tapping into this new idea of canal boats as trendy, and with the proliferation of these types of dwellings on social media, the winning design seems to have been a wise choice on the part of the Diocese of London. Barges and canal boats are also steeped in British history and have appeared again and again in popular culture, so this barge’s association with the church could possibly cause the public to form positive psychological connections between the two. The church is set to be completed in December 2018, and it should be up and running as soon as the following year.

Denizen Works architect Andrew Ingram says “As architects, it’s been fascinating to engage with a different strand of the construction industry. We have designed a boat which we think will become a landmark on the London canal and provide its users with a unique and inspiring space.”