Iconic singer David Bowie’s former home in New York City has sold for $16.8 million USD, allowing us a peek at the unit’s never-before-seen interiors. The 5,090-square-foot residence in the SoHo/Nolita area of Manhattan, located at 285 Lafayette Street, spent less than a month on the market before some lucky anonymous deep-pocketed buyer scooped it up on July 11th. The downtown apartment boasts a master bedroom suite that measures over 1,000 square feet on its own, a library, three terraces, and elevator access. Its ground level entrance has been festooned with flowers and tributes ever since Bowie died from liver cancer on January 10th, 2016. 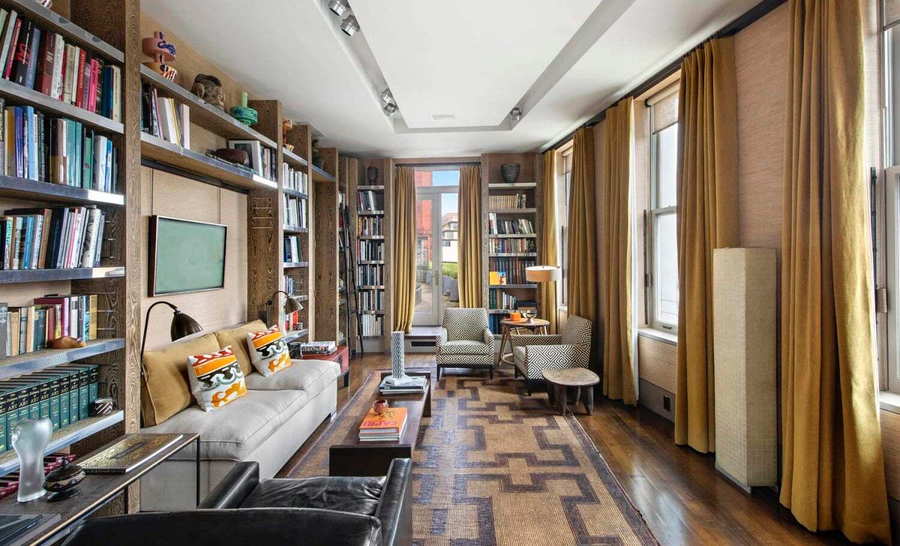 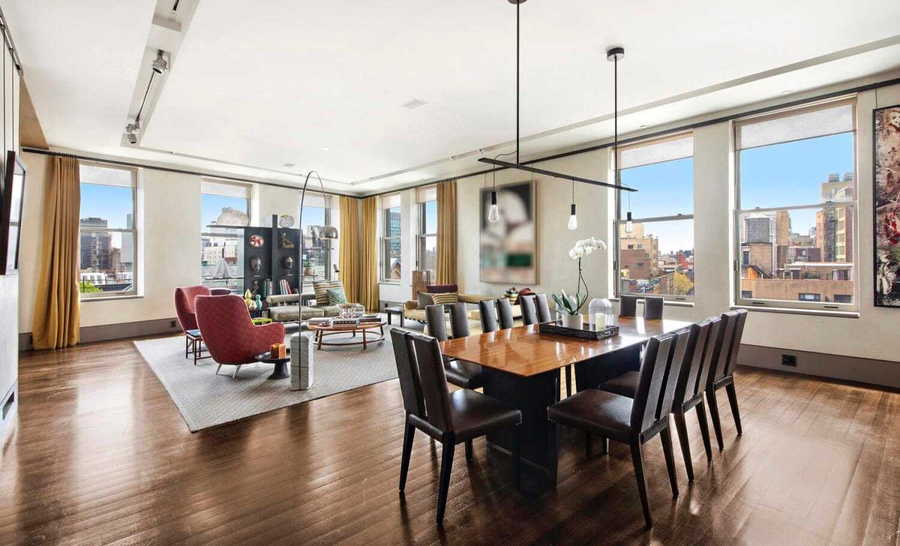 It’s unclear whether the current interiors (photographed by Michael Weinstein for the Corcoran Group) are staged for the sale or actually reflect Bowie’s tastes. Personal items like large works of art on the walls are blurred out, but more permanent design choices throughout the home reveal an affinity for tasteful yet slightly edgy contemporary materials and finishes. Bowie was known to be a fan of Memphis design, owning an extensive collection of works by Italian designer Ettore Sottsass, Martine Bedin, and others from the Milan-based Memphis Group. 100 pieces from his collection were sold at Sotheby’s in November 2016. 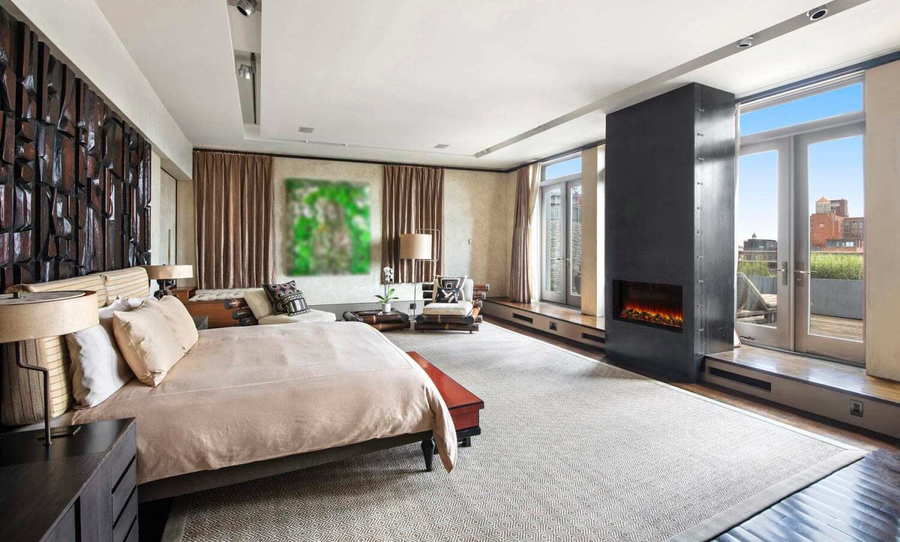 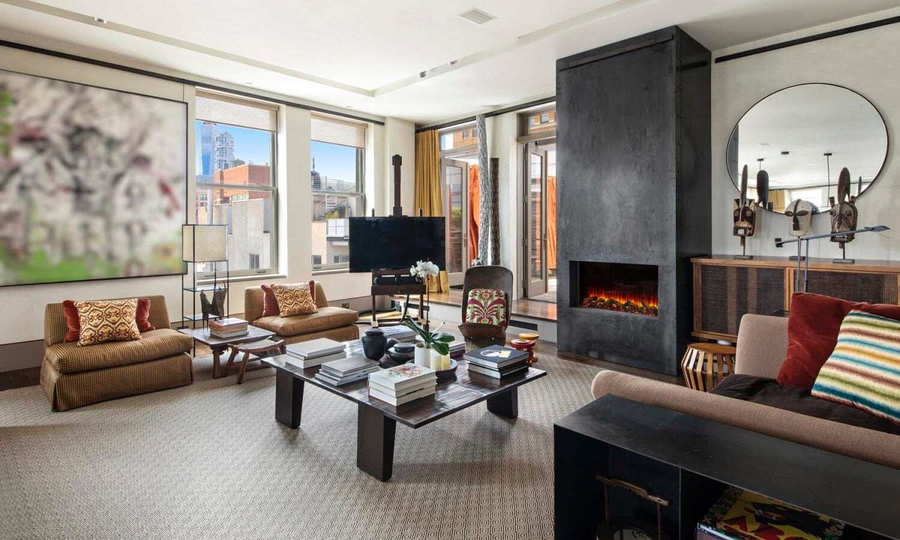 “The interior was beautifully crafted by one of Europe’s most renowned architect/designers,” reads the listing. “Direct elevator access to the apartment’s entrance gallery leads to a 56 x 22 foot great room with three exposures and a western terrace. 11 foot ceiling heights, a fireplace, adjacent library (w/bath), and open kitchen add to the space’s character and function. The main bedroom suite measures over 1,000 square feet and features a fireplace, dressing room, oversized bath, and terrace. There are an additional 3 bedrooms, 3 baths, and a powder room.” 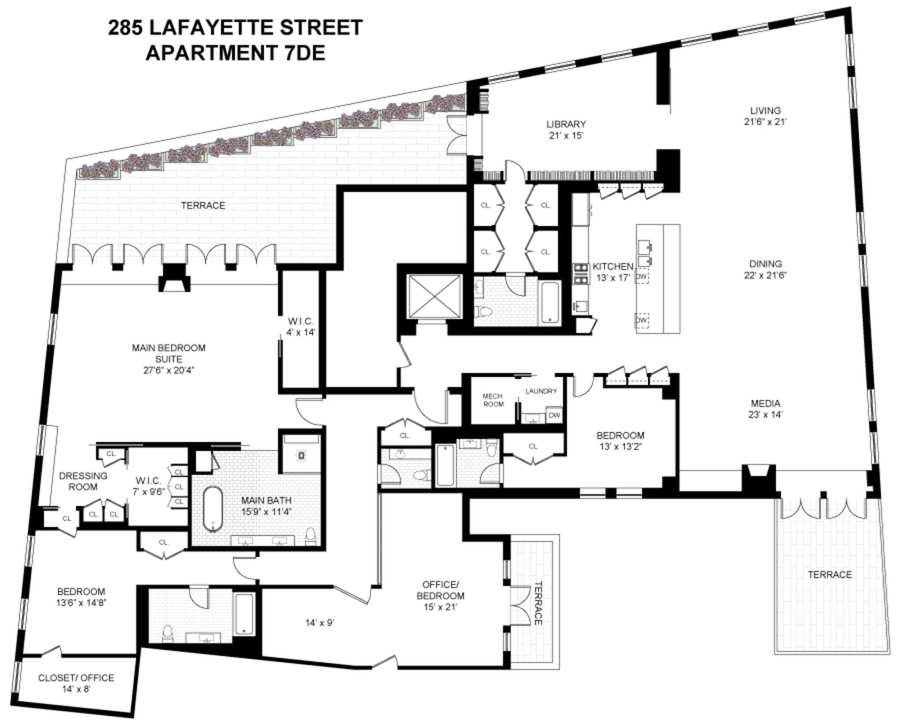 The listing doesn’t mention who that “renowned architect/designer” actually was, but we do know that the historic nine-story building itself was constructed in 1886 to serve as the Hawley & Hoops candy factory. The former industrial facility was converted to a full-service high-end condominium building in 1999, the same year Bowie bought his unit for $3.81 million USD. The late singer owned numerous other New York City apartments as well, including a Central Park home at JW Marriott Essex House, which sold earlier this year. 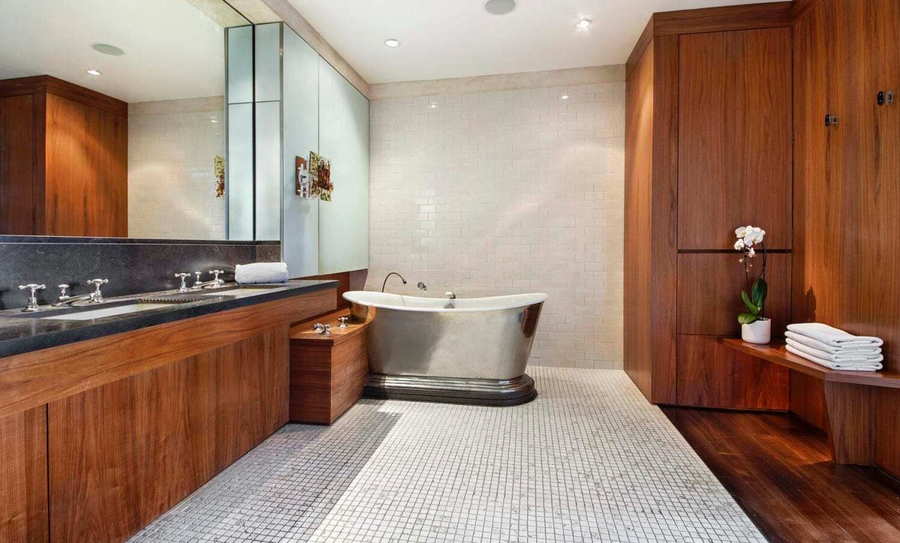 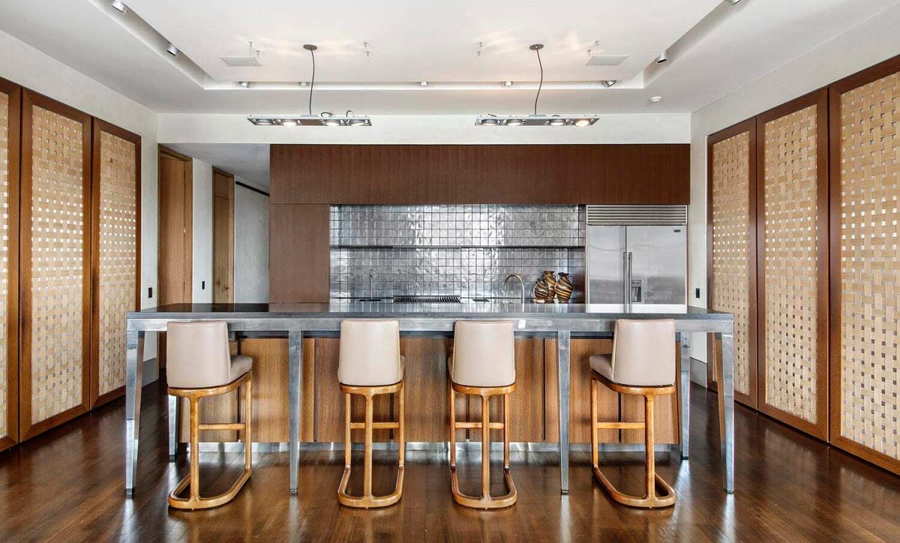 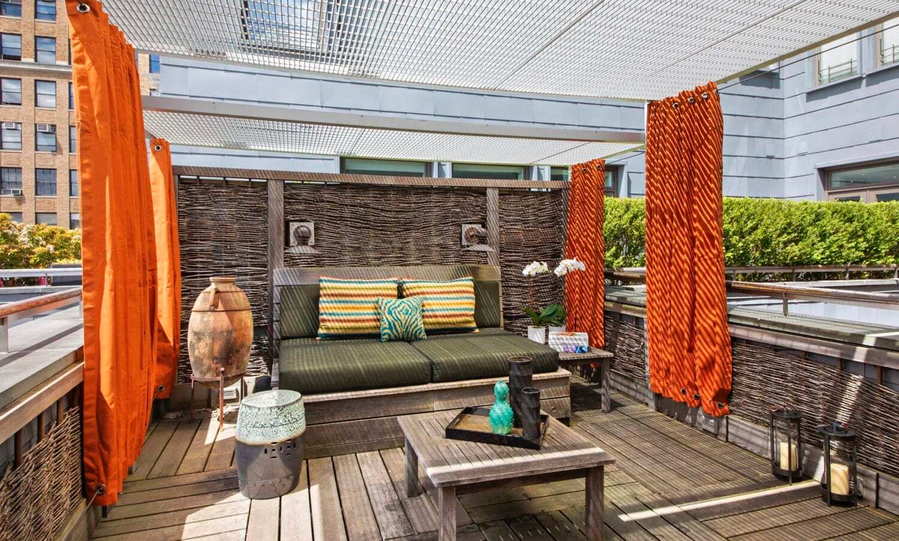 According to author Will Brooker’s book Forever Stardust: David Bowie Across the Universe, Bowie loved living in SoHo/Nolita, and was known to frequently stroll through Washington Square Park and peruse the local bookstores. Brooker explains that “He felt at home, semi-anonymous, among New Yorkers too cool to act star-struck at celebrity sightings.” 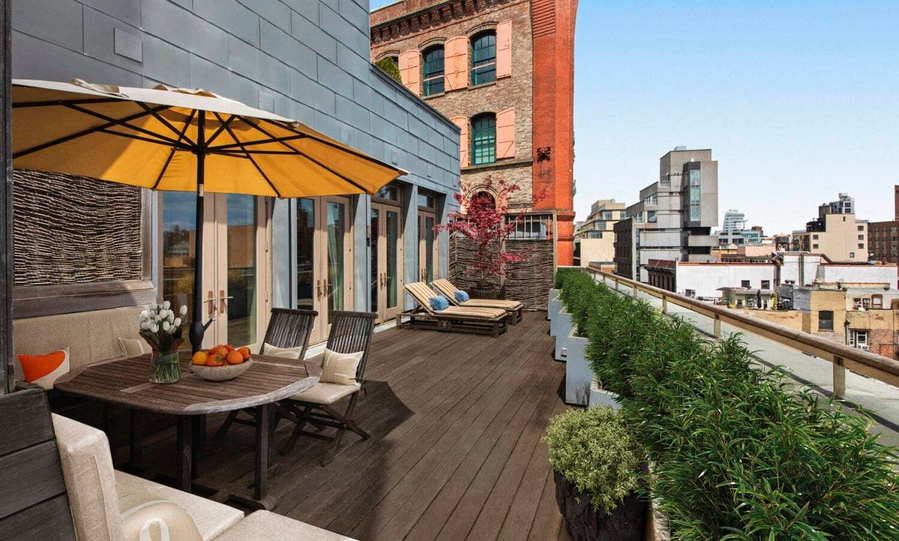 Born in South London in 1947, David Bowie studied art, music, and design, released a string of unsuccessful albums, and even toured as a mime before skyrocketing to fame with the release of “Space Oddity” in 1969. Fascinating the public with his wild style and outlandish personas, Bowie spent decades at the top of the charts and transformed rock music in the process before passing away at his London home with his children and wife Iman by his side.