The US Department of Homeland Security (DHS) has announced plans to deploy dystopian robot dogs along the United States border with Mexico, an area where residents already live under intense surveillance. Developed by Philadelphia-based company Ghost Robotics, the dogs can transmit real-time video and other data to human operators and are able to traverse rocky and hilly terrain. According to the DHS, the point is to reduce human exposure to life-threatening hazards while multiplying U.S. Customs and Border Protection presence in the area. 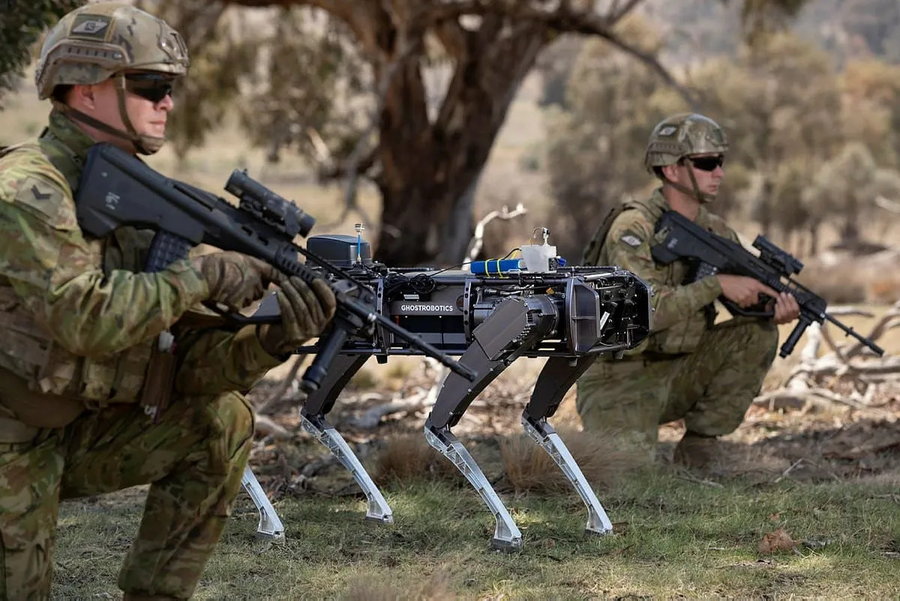 “The southern border can be an inhospitable place for man or beast, and that is exactly why a machine may excel there,” says DHS Science and Technology Directorate program manager Brenda Long. 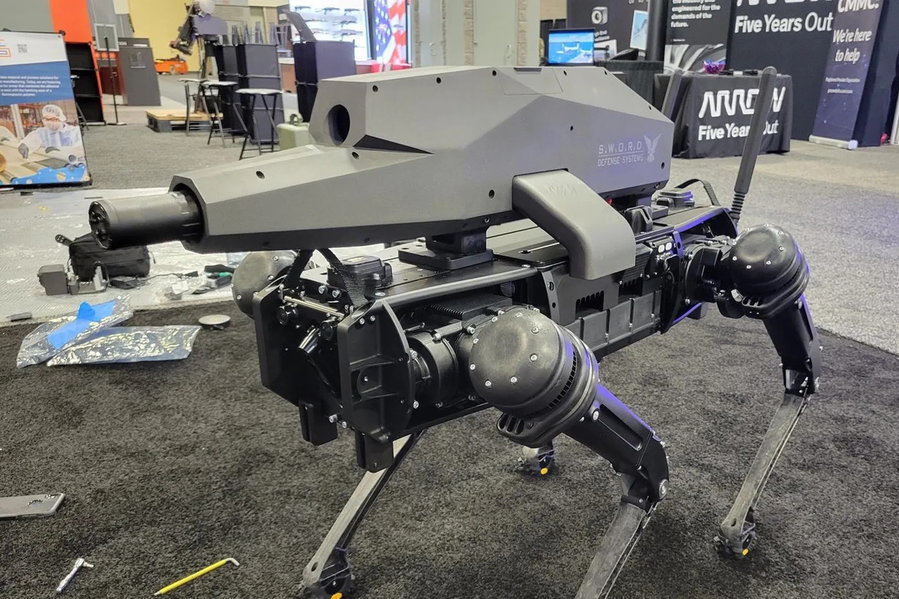 The machines are 100-pound quadrupeds with an array of integrated cameras: 360-degree, thermal, night vision, zoom, and more. Sensors detect chemical, biological, radiological, and nuclear threats. The robot can also carry up to 20 pounds worth of payload, and while the DHS doesn’t explicitly state as much, it sounds like that could include weaponry. These machines are already capable of being armed sentries. Last year, Ghost Robotics unveiled a version of its robot dogs equipped with long-range guns that can hit targets up to 1,200 meters away. 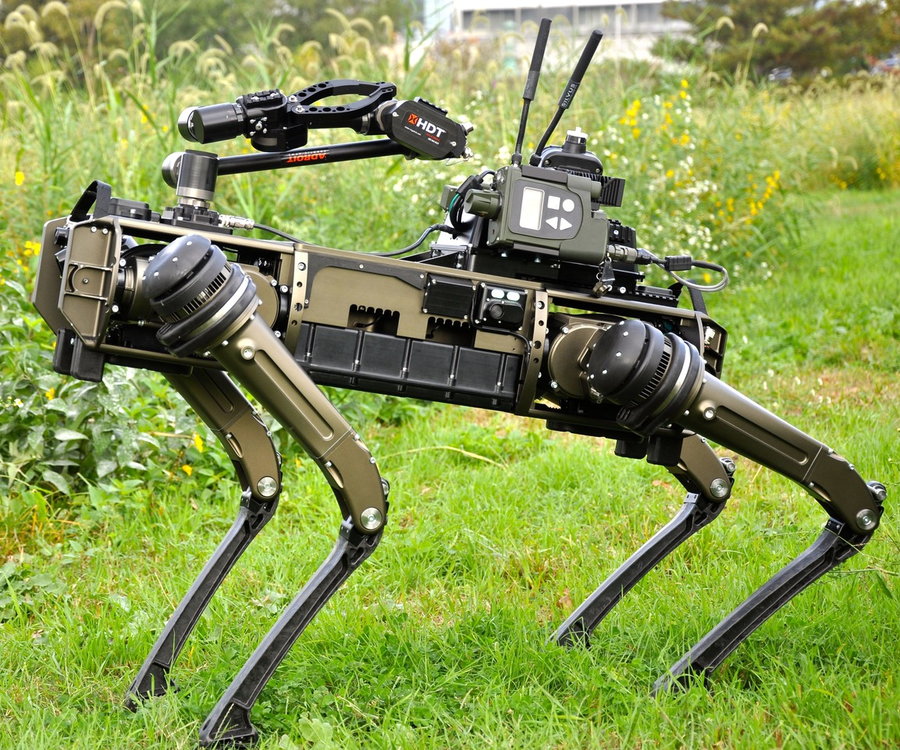 If you think this sounds like something straight out of Black Mirror, you’re exactly right. Episode 5 of series 4, entitled “Metalhead,” featured a very similar four-legged robot engaging in a terrifying single-minded chase of a woman attempting to flee after an unexplained societal collapse. But we don’t even need pessimistic science fiction to imagine what the presence of such robots could lead to along the 2,000-mile stretch of US-Mexico border.

The government chooses to portray the deployment of these machines in a cutesy, lighthearted fashion. In a feature article about the project, the robots are repeatedly referred to as “Fido,” “man’s best friend,” and “programmable pooches.” DHS says the robots will be most helpful in preventing drug-related crime, human trafficking, firearm smuggling, or even the transport of weapons of mass destruction. But by far, the most common law enforcement-related activity along the border is the apprehension of migrants, who are almost always unarmed. Border Patrol agents apprehended nearly 1.7 million people suspected of crossing the border illegally in 2021 alone. 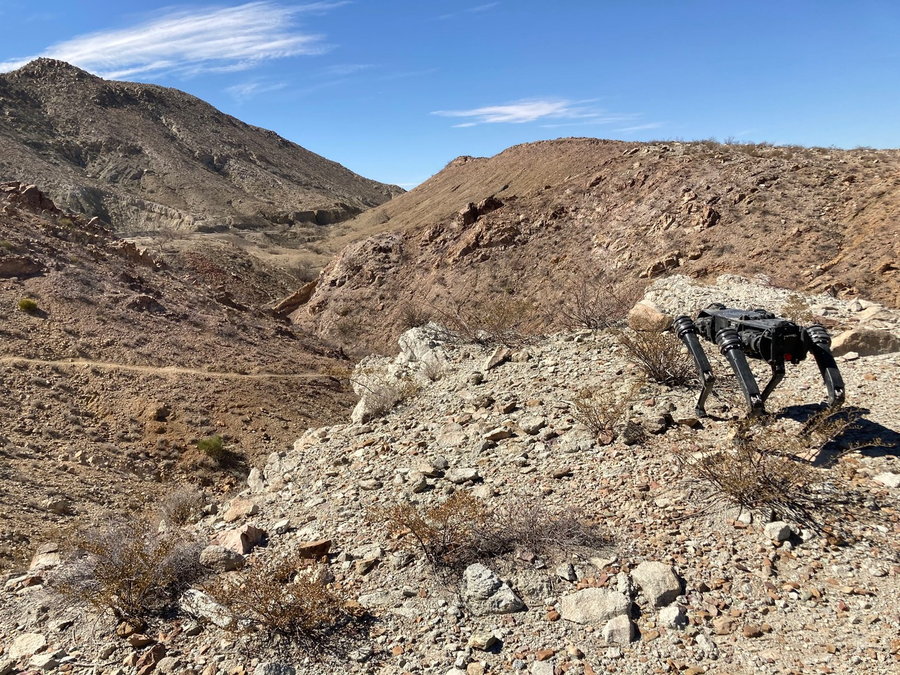 The usage of these robot dogs won’t be limited to the border in the future. DHS openly states that they could come in handy in places like “towns, cities, or ports” where agents might face dangerous conditions. Like other military technologies, they’re also making their way into the hands of police. Last year, the New York City police department leased a robot dog by Boston Dynamics for $94,000, and used it to defuse a hostage situation in the Bronx. Its presence raised such intense backlash among the public, the department returned the dog to the manufacturer.

“You can’t give me a living wage, you can’t raise a minimum wage, you can’t give me affordable housing; I’m working hard and I can’t get paid leave, I can’t get affordable child care,” Representative Jamaal Bowman, a Democrat representing parts of the Bronx and Westchester County, said in a video posted to Twitter. “Instead, we got money, taxpayer money, going to robot dogs?”