EnChroma Labs, a company based in Berkeley, California, develops everyday sunglasses for people with a red-green color deficiency — a common type of color blindness. Don McPherson, one of EnChroma’s two founders, originally engineered the eyewear for doctors to use as protection while performing laser surgery, embedding rare earth iron into the glasses to absorb any wavelengths that might harm the human eye. Surgeons, astonished by the protection and saturated colors that the glasses offered them, quickly started using them outside of the hospital. Those who didn’t know how color blind they actually were could scarcely believe the effect the lenses had on their vision. Shortly after this discovery, McPherson re-constructed his creation to serve a broader purpose and help individuals affected by the inability to distinguish certain hues from one another. 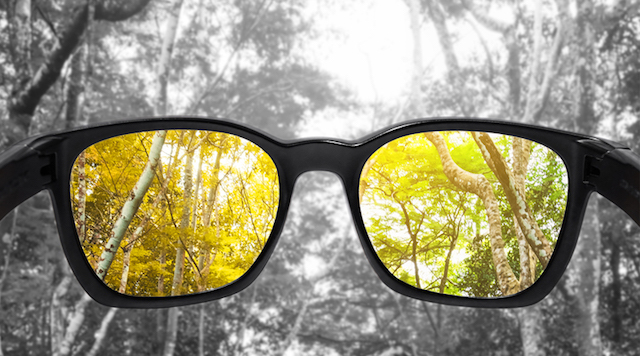 Continue reading below
Our Featured Videos
McPherson started off the EnChroma journey by researching exactly what color blindness, also known as color vision deficiency, entailed. He found that color blindness was an inherited condition that occurred when a pair of eyes were unable to see colors in normal light and that it resulted from an absence of color-sensitive photopigments in the cone cells of the retina (the nerve layer at the back of the eye). The human body requires several functioning genes to produce photopigments, and if any of those genes are damaged or abnormal, the result is often color blindness. The effects of vision deficiency can be mild, moderate, or severe depending on the extent of the damage, starting with red-green, followed by blue-yellow, and leading all the way up to complete color blindness, which itself has been found to be quite rare.

The company’s eyewear cannot fix everyone’s color blindness, but it is able to treat 80 percent of the people who come to them with the most common form of vision deficiency, red-green color blindness. The remaining 20 percent are missing an entirely different class of photopigments — either blue or yellow.

McPherson and Co-Founder Andrew Schmeder were able to treat so many people suffering from this condition by targeting certain sets of photopigments. More specifically, they created a method called “multinotch” filtering, cutting out sharp wavelengths of light to enhance specific colors. EnChroma lenses separate the overlapping red and green cones, improving the vision of those who have difficulty seeing reds and greens. 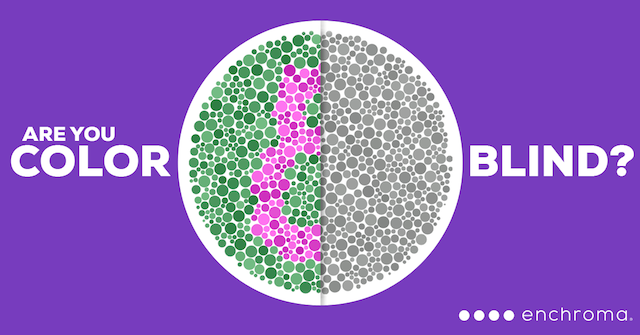 Founded in December 2010, EnChroma initially only offered traditional outdoor eyewear. Scanning their site today, you’ll see you can choose between outdoor, indoor, speciality, and even children’s glasses. If you aren’t sure whether the $269 to $429 price range is for you, you can always take the company’s online test at home to get a better sense of how severe your color blindness is. “Normal color vision” is just one of eight results you can receive after completing the test.

Although correcting color blindness is the main purpose of these glasses, there are still some people with normal color vision that may want to purchase a pair. The website states that when an individual with zero vision deficiencies wears the glasses, they experience a “color boost” effect, in which colors appear to “pop” with a super-ordinary vibrance. This effect, officially called chromatic contrast enhancement, is exactly how EnChroma helps those with color blindness. 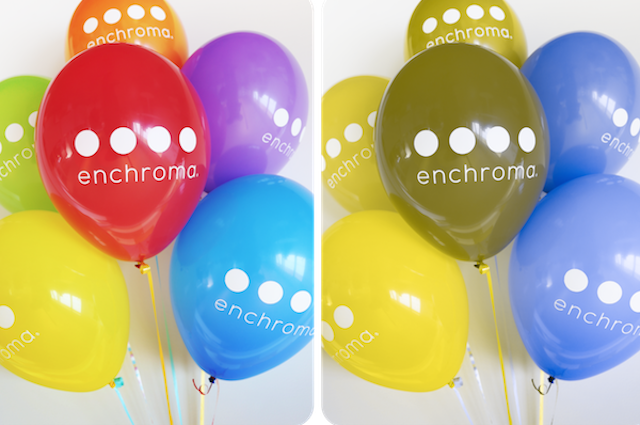 While it may be an adventitious discovery, McPherson notes that the success EnChroma has endured is based on years of rigorous science. The creators are consistently experimenting with new procedures in hopes of improving their product. “It’s the same every time, they get quiet, and then it’ll all start flooding in, and I love that moment, I can watch it a thousand times,” he explains. EnChroma is a prime example of how hard work goes a long way — especially when it fulfills you on a personal level.