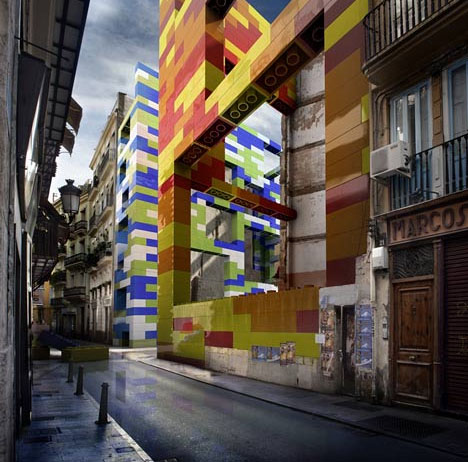 Open your eyes, and the gaps! This curious cure for common passer-by blindness is not a real-life project proposal, but a compelling way to draw attention to gapes and holes in the built fabric we have come to ignore. 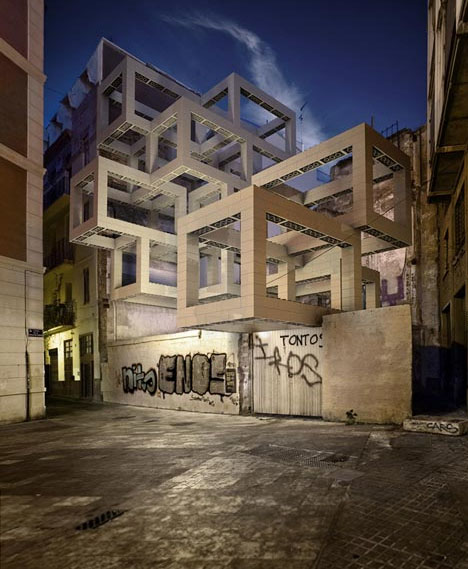 Spanish designers of Espai MGR took to the streets of Valencia, putting fantastic and colorful LEGO creations in various vacant lots, attracting us to (a lack of) things we would normally pass as pedestrians or drivers, unawares due to sheer familiarity. 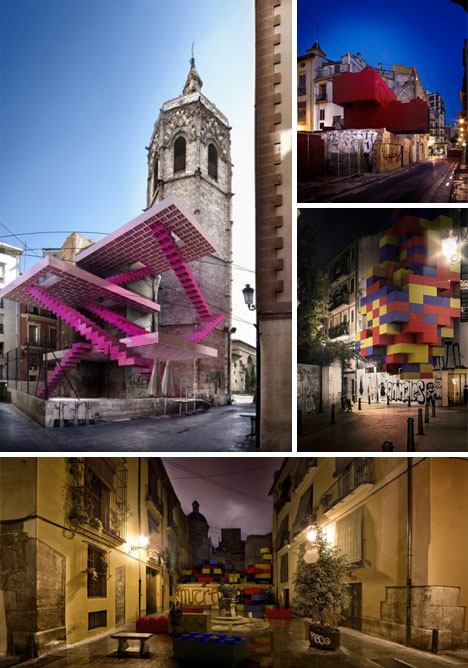 “This photographic work aims at calling people’s attention, just like painting those isolated walls yellow would. It demands the recreational use of those vacant lots through the eyes of a child, by filling them with impossible constructions, surrealistic installations in line with the problem. A children’s game as a neighbour’s shout, demanding the right to take part in their city.” 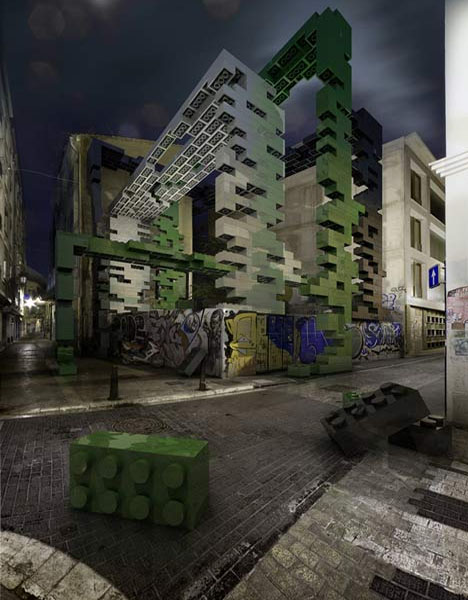 Abandonments are a given even in the most active city, but do more damage than many people realize – particularly once we are used to them. While clever and certainly of a much larger scale, regardless, it seems likely that these folks drew some inspiration from another ongoing LEGO infill project that actually exists.