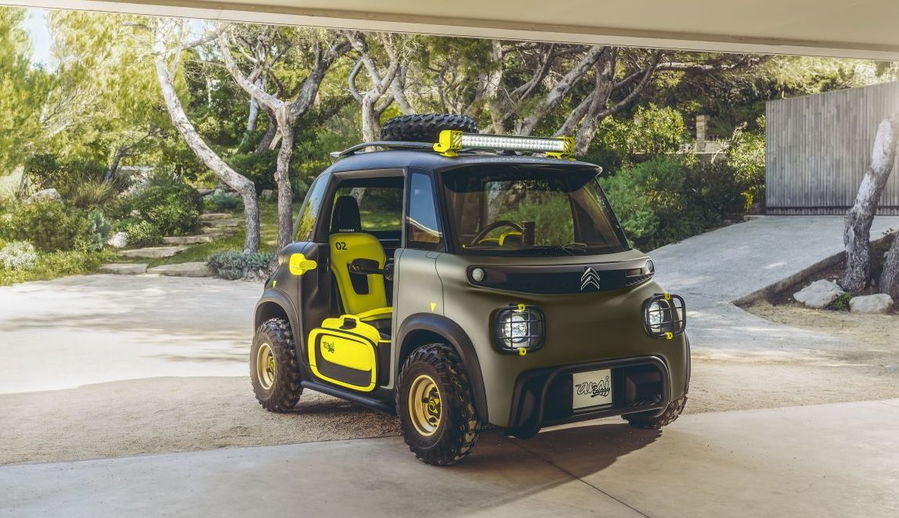 “My Ami Buggy is a proposition in line with the philosophy of Ami,” said Samuel Pericles, the vehicle’s designer in a press release. 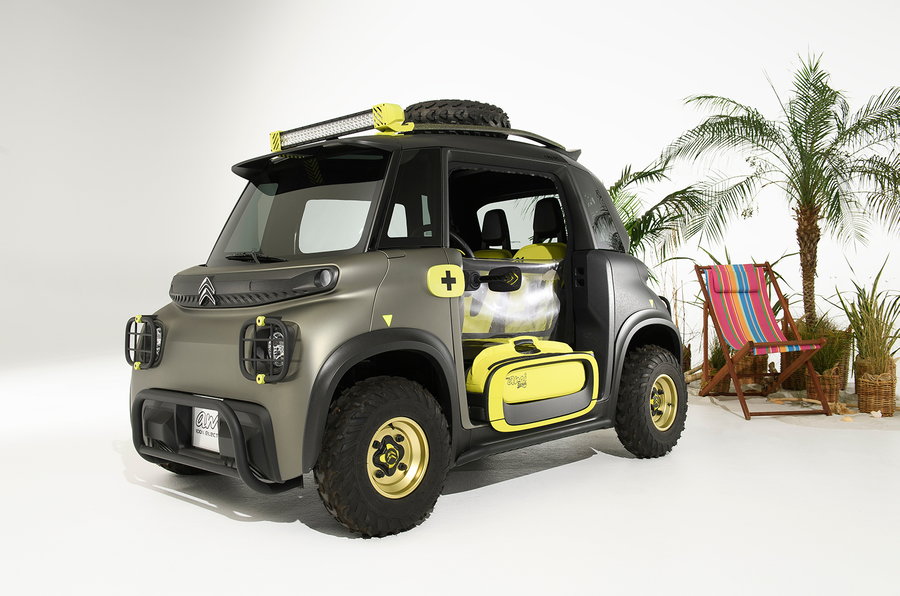 The company took inspiration for the concept from industrial design, construction games, fashion accessories, and everyday objects like furniture and lighting. “The simple, extruded shapes of the camera and smartphone holders, for example, were inspired by the work of designers who created essential and timeless consumer objects in the second half of the last century,” Pericles explains, adding that “My Ami Buggy Concept needed to be functional and simple, in the purest spirit of iconic and contemporary industrial objects.”

Revamped with chunky wheels and roof racks, the tiny 2-seater vehicle certainly looks the part of an adventure buggy. The doors have been pulled off for frequent in-and-out access (a protective rainproof canvas can be attached for inclement weather), and the headlights have been covered in protective grills that add a rugged flair.

For adequate illumination on evening excursions, the Buggy got an LED light bar installed across the front of the roof. Also added to the top were a pair of bull bars that help hold the spare tire in place. 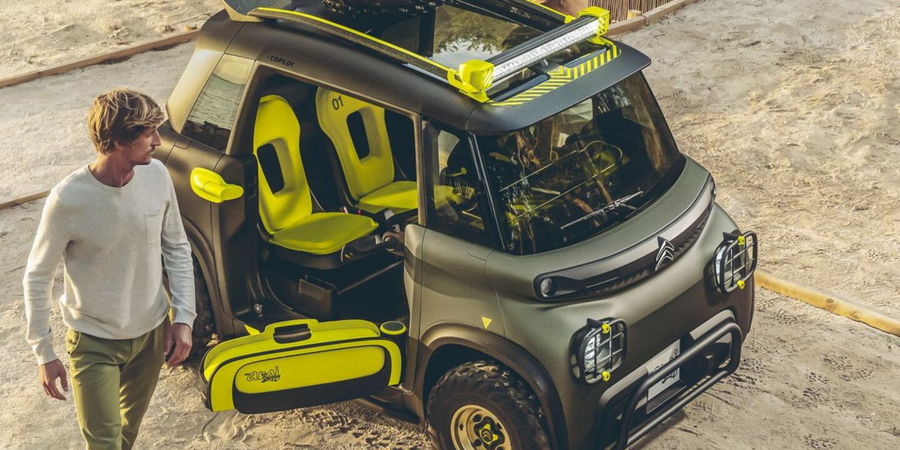 The entire car got a color scheme overhaul, now sporting a mix of Anodized Khaki, Speckled Black, and Citric Yellow. The khaki alludes to nature, the yellow is for adventure, and the black hides any mud kicked up on all the off-road expeditions.

Inside, the seats have been upgraded with memory foam that increases their padding thickness to 2.8 inches, roughly twice as much as the traditional Ami’s cushion.

Storage has been cleverly and functionally built into the dashboard, in front of the passenger seat, and even the steering wheel. Several detachable accessories were designed to hold personal devices while adventuring.

Billed as having an “intrepid and friendly backpacker personality,” it’s assumed the automaker would have to give the My Ami Buggy a little more power under the hood compared to its all-electric city cousin. The in-town version tops out at 28 mph and can only last 44 miles on a single charge of its 5.5 kWh lithium-ion battery. With those specs, the off-road buggy would hardly qualify as a “trail-blazer with an extroverted, colorful, and muscular style.” 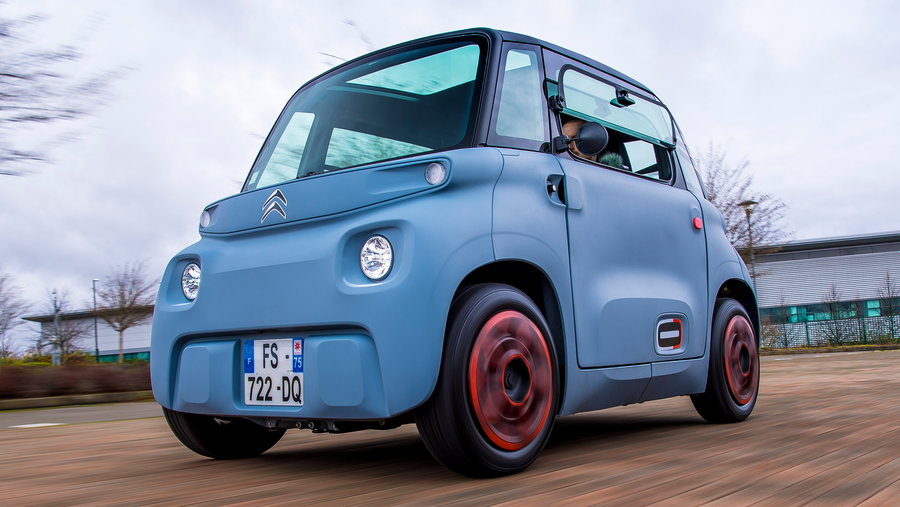 The company press release also says that the car and its accessories are “a short step from idea to reality with 3D printing.” Citroën gives no hint, however, as to whether the car will ever be put into production, saying instead that it’s just one possibility for the company lineup.

The standard Ami electric city car is set to appear on U.S. streets sometime in 2022 as part of the Washington D.C. fleet of car-sharing service Free2Move, itself a subsidiary of Citroën. The eco-friendly, cash-saving car is already available in Europe for short-term rentals.