Can Los Angeles succeed in becoming a leader in urban mobility? That was one of the most discussed questions at LA CoMotion last month.
Mayor Eric Garcetti is passionately optimistic that his city (and the greater Los Angeles area as a whole) is already on its way to becoming a leader in the way cities move people. During his keynote address at LA CoMotion, Garcetti told the audience that he wants Los Angeles to become the transportation technology capital of the world by working with innovators like Google Sidewalk Labs. “We want your products, your ideas, your vehicles, your visions, to come to this fertile ground, and our test bed that is LA.”
For cities like Los Angeles, creating partnerships with companies focused on transportation technologies is the best way to turn themselves into urban laboratories. “This is after all the only city in America that has three top 25 universities. We graduate more engineers than any city in America. This is a place where today engineers are putting rovers on Mars. One man with three companies is reinventing how we get into space, how we tunnel underground, and how we move on the surface.” 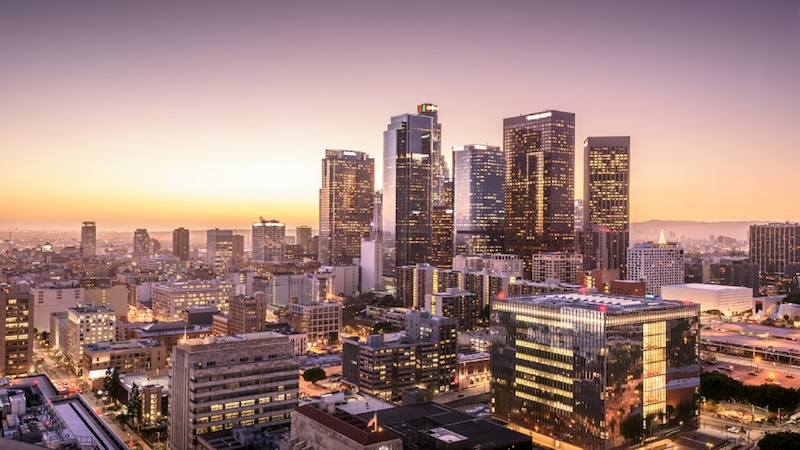 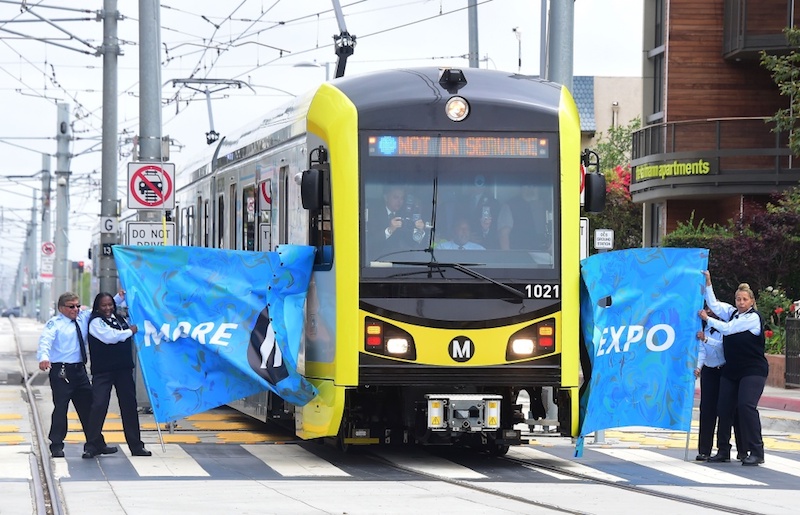 In too many cities, the risk of investing in the wrong technologies creates a paralyzing situation where either nothing gets done or the status quo is continued until the political will exists to try something different. But Los Angeles is willing to take those risks, with innovators whose ideas may or may not pan out.
“We’re not the kind of city that says ‘go test it somewhere else first, and come back to us when it works,’” explains Garcetti. “We want to work through it with you until we get it right, right here.” He even expressed a desire for a future where people could use vertical take-off and landing vehicles to get from Glendale to Century City in just 12 minutes — and at a fifth of the price of a standard Lyft or Uber ride today.
One example of LA’s leadership in urban mobility that Garcetti is proud of — other than Measure M, a countywide sales tax increase to fund billions of dollars worth of transportation projects — is the LAPD’s electric car fleet. During the first year of the electric fleet, the city cut down its fuel costs by over 40 percent. Denny Zane of Move LA thinks that the population’s voting for Measure M last year and the leadership of both mayor Garcetti and former mayor Antonio Villaraigosa shows that LA is willing to become a true leader in urban mobility. “We had a revolution of high quality leadership. When leaders lead, fortune favors the bold, and LA has been bold,” says Zane. 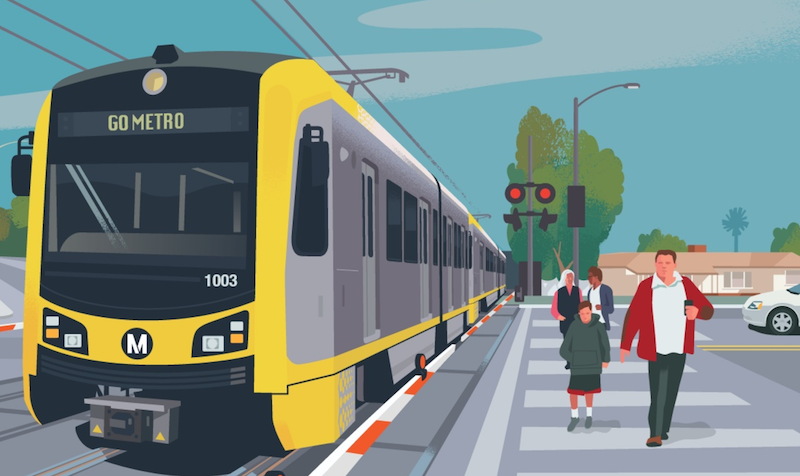 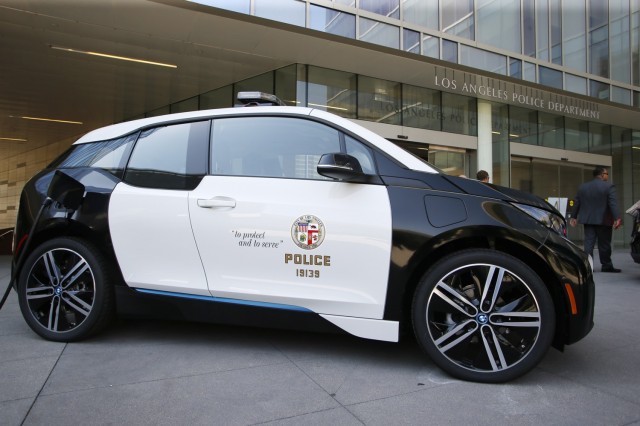 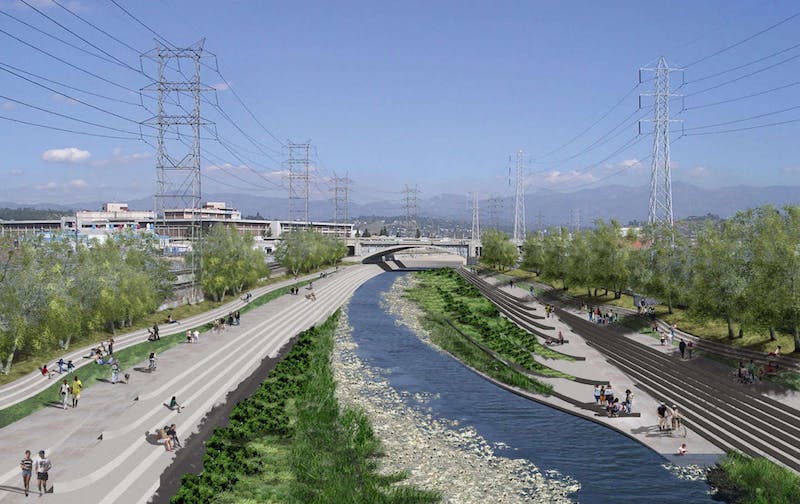 Mayors are often optimistic about where their city is and where it’s going, but how do the people whose responsibility it is to manage systems and come up with new ideas feel?
Seleta Reynolds from the Los Angeles Department of Transportation believes that improving housing development is key to the success of any transit plan. “One of the factoids that I continually cite is that you can get to about 12 times as many jobs in an hour by car in Los Angeles as you can in a hour by transit,” she lamented during a panel called Los Angeles: Template for the New Transport Revolution. “For the moment, that means that if you can’t afford a car in Los Angeles, you have a hard ceiling on your access to opportunity.” Luckily, transit can be used to solve that inequality, and one event on the horizon is adding a positive pressure to get things done on that front, and fast. The 2028 Olympic Games.
“The city’s bid for the Olympics is based on things that we are already doing, but doing them on an expedited timeline,” says Reynolds. “What the 2028 goalpost does is allow us to dream even bigger.”
Justin Erbacci of Los Angeles World Airports also sees the 2028 games as a motivating factor to push transit forward in the region. “Los Angeles is so well positioned right now to really advance in this area, and it’s really an exciting place to be right now. You have so many of the factors that need to come together here. You have a government and legislation that is advantageous to development of new things. You have a tech sector coming in here that is really powerful and growing fast. You have the games as an event that’s going to bring additional money and attention to this area. So there’s so many things converging right now that really make this [city] a powerhouse.”
While people currently know Los Angeles as a city of freeways and poor public transit, things are quickly changing. The political will, the resources, and the world’s largest sporting event have the power to turn the city into a leader in the field of urban mobility. 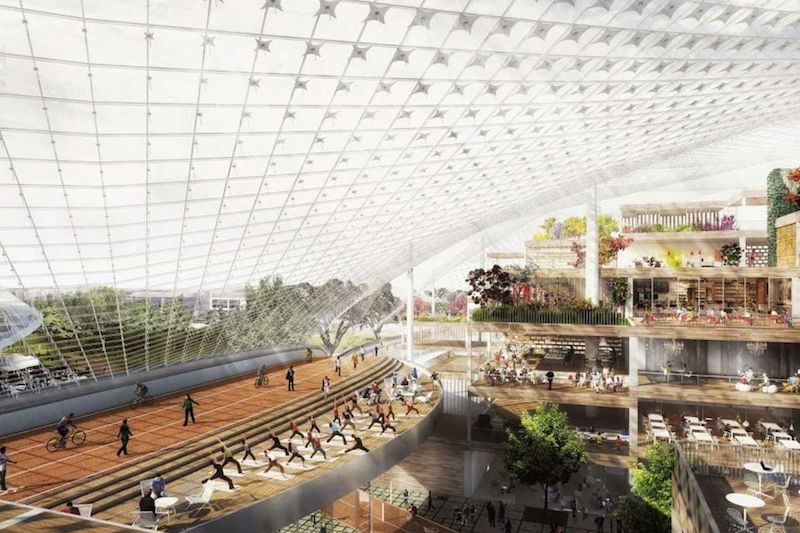