Robots could take over as many as 20 million manufacturing jobs around the world by 2030. Other industries and positions likely to be affected include customer service, bookkeeping and data entry, receptionists, proofreaders, retail associates, couriers, bus drivers, and even doctors. But surely, you might think to yourself, jobs that require more sensitive one-on-one interactions with humans can’t be done by robots — like bartending, for instance. Most people want the bartender at their favorite watering hole to remember their favorite drinks, crack jokes, and lend a sympathetic ear when times are tough. As it turns out, robots can also do that now. 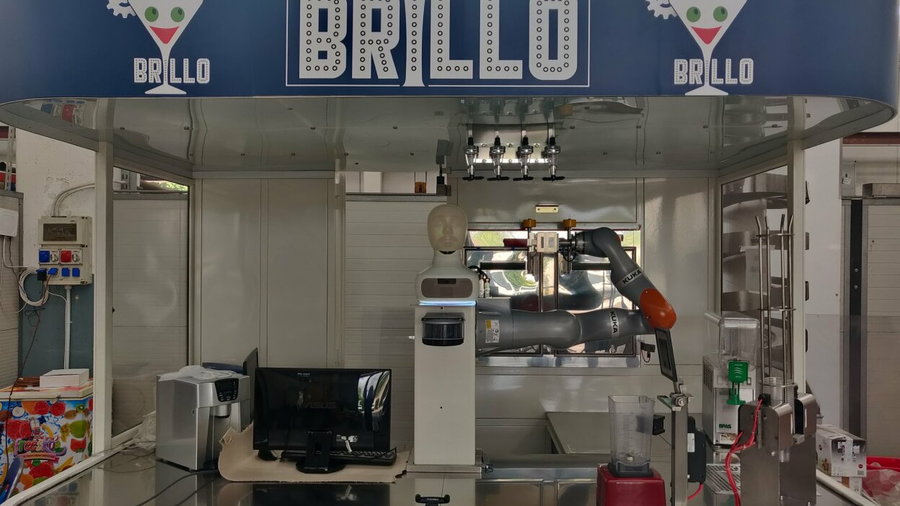 Researchers at Italy’s University of Naples Federico II developed a bartending robot called BRILLO that does more than just sling precisely measured drinks. Computer scientists at the university used machine-learning algorithms to teach the robot how to hold complex conversations. BRILLO, which stands for “Bartending Robot for Interactive Long-Lasting Operations,” can make small talk or respond to customers who just want to vent. It can even sense the tone of the conversation to gauge whether it’s appropriate to be cheerful, playful, or serious.

The team at the university’s Projects of Intelligent Robotics and Advanced Cognitive Systems (PRISCA) lab began working on the robot bartender back in 2020. They collaborated with Totaro Automazioni, an Italian manufacturer of food assembly line machines, to get the physical part down. After all, making good drinks is still a bartender’s primary job. For now, at least, performing as expected requires the robot to look less than convincing. It’s weirdly tall, with enormous, multi-jointed low-slung arms that rotate in various directions to grab ingredients from various locations behind the bar.

A brief video posted on Twitter shows how the BRILLO looks while moving these very robotic arms. A mannequin-like head with an immovable face glows faintly, and the body is dressed in a vest and bowtie. The effect is far from realistic, but for now, that’s not the point. Professor Silvia Rossi, one of the project’s lead researchers, told CNBC that her team just wanted to take the concept of a cocktail vending machine a step further and test whether a robot could mimic the social aspects of a bartender’s job.

Their goal is for BRILLO to be able to recognize customers, remember their favorite drinks, and ask them questions based on conversations they’ve had in the past. The researchers taught BRILLO to study customers’ faces and speech patterns to gauge what kind of mood they’re in. That will help it choose how to start the conversation. 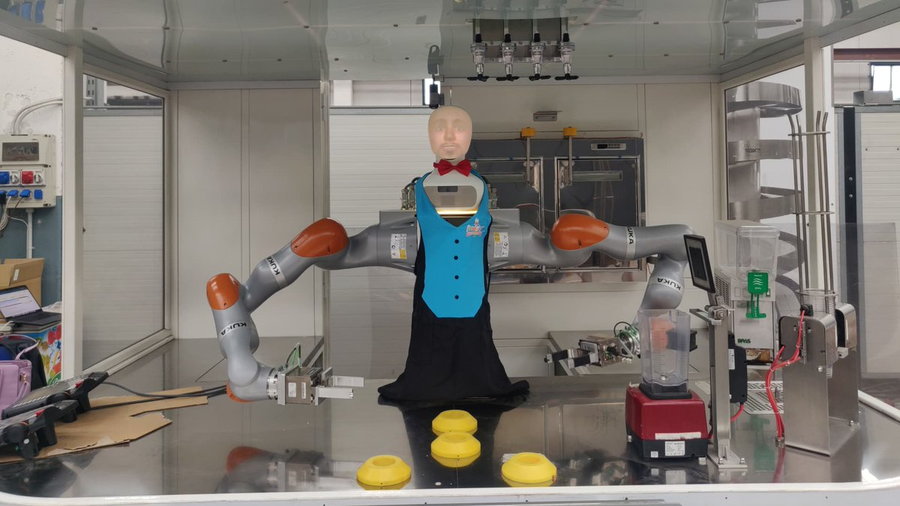 For the foreseeable future, BRILLO is just a learning tool. Its creators don’t plan to market and sell it. Rossi notes there are a lot of wrinkles that need to be ironed out, not the least of which is protecting the privacy of human customers whose personal data is already being gathered from every conceivable source. Spilling your troubles to a robot bartender sounds like an action that could have consequences, even if you aren’t exactly confessing to murder.

Rossi and her team believe that robots like BRILLO will never fully replace human workers, no matter how advanced they get. Even if conversations with artificial intelligence eventually feel as natural as can be, it’s unlikely they’ll be able to fulfill all of our social needs. Robots like BRILLO could step in to alleviate labor shortages or take on the kind of grunt work most humans don’t want to do, but the extent to which that will affect our own livelihoods and quality of life remains to be seen.