A petite countertop dishwasher can offer a lot of convenience if you’re short on space in the kitchen, but unfortunately they remain fairly uncommon appliances. The ones you might be able to find at local home improvement stores tend to be on the larger side, and they aren’t exactly cute. A new entry in the market called “Bob” switches things up with 12 fun colors, a compact retro-inspired design, and an extra feature that’s particularly handy in the midst of a pandemic. 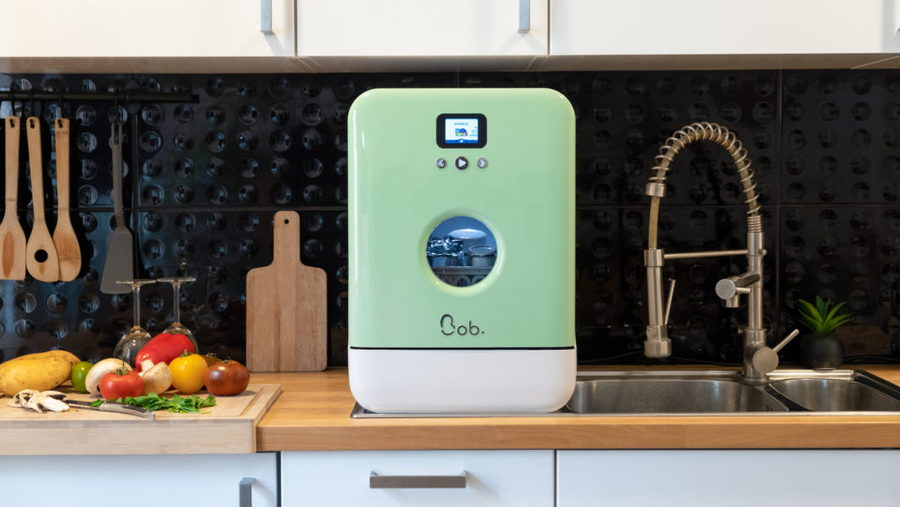 Capable of washing dishes for two in under twenty minutes, “Bob” is the brainchild of Paris startup Daan Tech. It made its debut at CES 2019, but it’s getting renewed attention for its newly-added UV-C light, which allows for a waterless sanitization cycle that can disinfect all kinds of objects, including phones, face masks, keys, and other small household items. The ultraviolet germicidal irradiation (UVGI) eliminates bacteria and viruses in just a few minutes.

The company explains that “while most of the world has been locked down, Daan Tech used that time to find a convenient solution on how to sanitize items while continuing building its manufacturing capacity for its small innovative dishwasher. UVGI is an easy and safe way to sanitize items. Thus, it will be an option offered for an extra £49, now available at a discounted price of only £39. With this option, in addition to cleaning the dishes, Bob autonomous dishwasher sanitizes any objects measuring less than 27 x 27 x 34 cm or 10.6 x 10.6 x 13.8 in.” 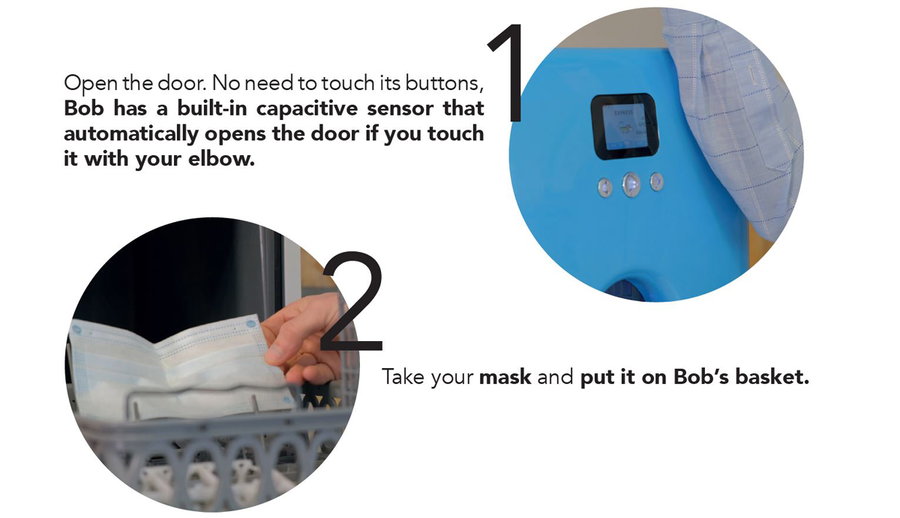 “Ultraviolet germicidal irradiation or UVGI has been used for years to sanitize drinking water and sterilize tools in hospitals. More recently, it has been used in US hospitals to cope with the mask shortage. The principle is simple: sending high-energy photons whose wavelength is between 200nm and 280nm (with an efficiency peak at 270nm) on viruses. Photons, or light particles, break the RNA of viruses and make them harmless to humans. However, due to their high energy, UV-C rays are also harmful to human cells and can cause skin and eye burns. That is why Daan Tech designed a safe way to use them within Bob autonomous dishwasher.” 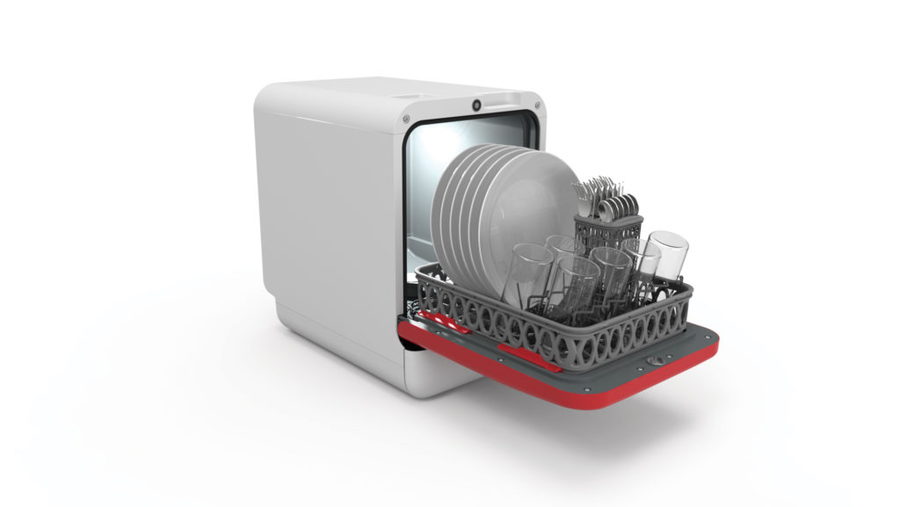 The compact dishwasher itself is great for people living in small spaces like apartments, RVs, tiny houses, and boats. It uses five times less water than manual dishwashing, and you don’t even have to connect it to a water line, since it has its own built-in three-liter refillable water tank. It weighs just 22 pounds (10kg), measures just 19.2 inches tall, and can fit a full day of dishes for two people, including four plates, four glasses, two cups, two bowls, a small saucepan or frying pan, and cutlery. There’s also a 10-minute glasses-only mode if you’re just washing cups.

The body comes in either black or white, and you can get the door in black, white, silver, red, orange, yellow, two shades of green, two shades of blue, purple, or pink. It has a drainage hose you simply direct into a nearby sink and features two handles for portability. The new version with the UV-C light is currently available for preorder for €299.90 (about $350 USD).

There is, unfortunately, one catch. “Bob” is only shipping to the European Union and United Kingdom for the time being. You might be able to get around that by having an overseas friend receive it and ship it to you, however. Otherwise, let’s hope some United States-based companies are working on a similar idea.