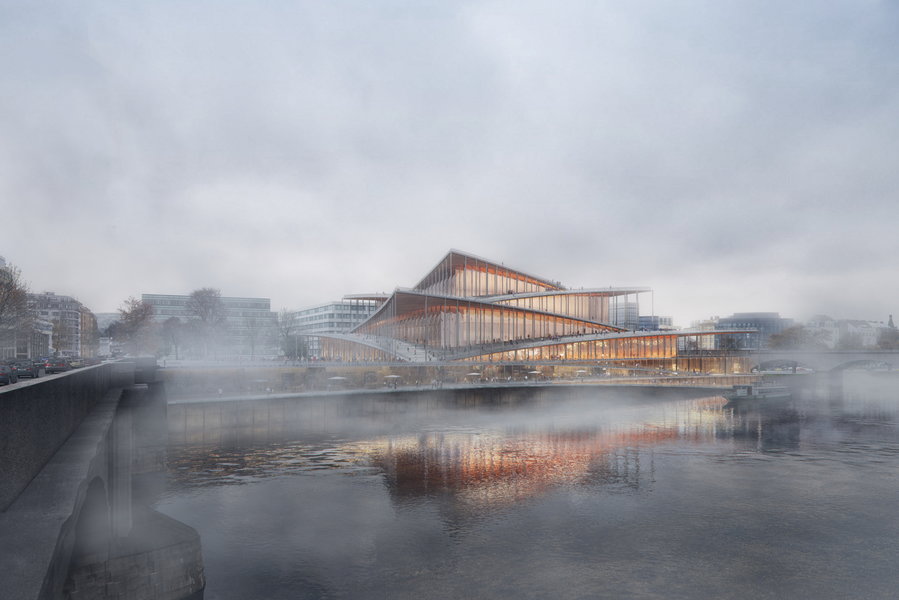 “Many aspects had to be taken into account when selecting the winning design,” explains Michal Sedláček, chairman of the competition’s jury. “The site for the philharmonic hall currently complicates the opportunity for people to meet instead of encouraging it, so the emphasis was not only on the architecture and operation of the building, but also on the design of the public spaces in the surrounding area. The Vltava Philharmonic Hall will become a vibrant center of life in Vltavská street — a new city park will stretch eastwards from the building, the south side will open up access to the water, a square will be created on the west side, and there will be a view of the new Bubny-Zátory district to the north. The building itself will be accessible from all directions and levels.” 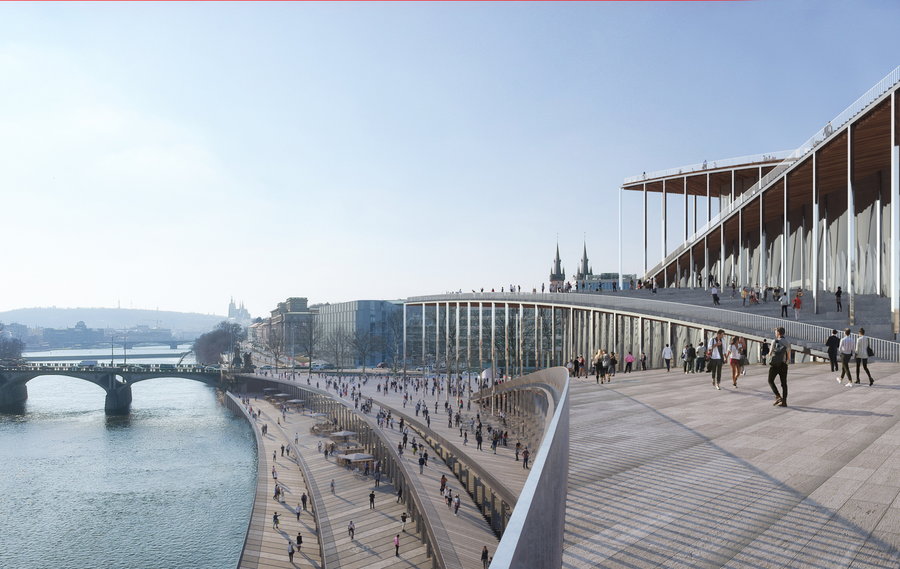 To fortify Prague’s reputation as a European capital of culture, BIG architects embraced elements of music and rhythm in the 1,800-seat concert hall’s layout and details.

“The new Vltava Philharmonic Hall will be a symbol of openness, accessibility, and exploration,” says BIG partner Brian Yang. “From the Vltava square, streets ascend upward connecting interior balconies with exterior colonnades and terraces. Like eight, quarter, half, and whole notes, the step, the benches, facade, and colonnade are perfectly on beat, offering its resident orchestras effective and extroverted rehearsal areas, while bringing audiences within the halls closer to the source in an environment that is both majestic and intimate.” 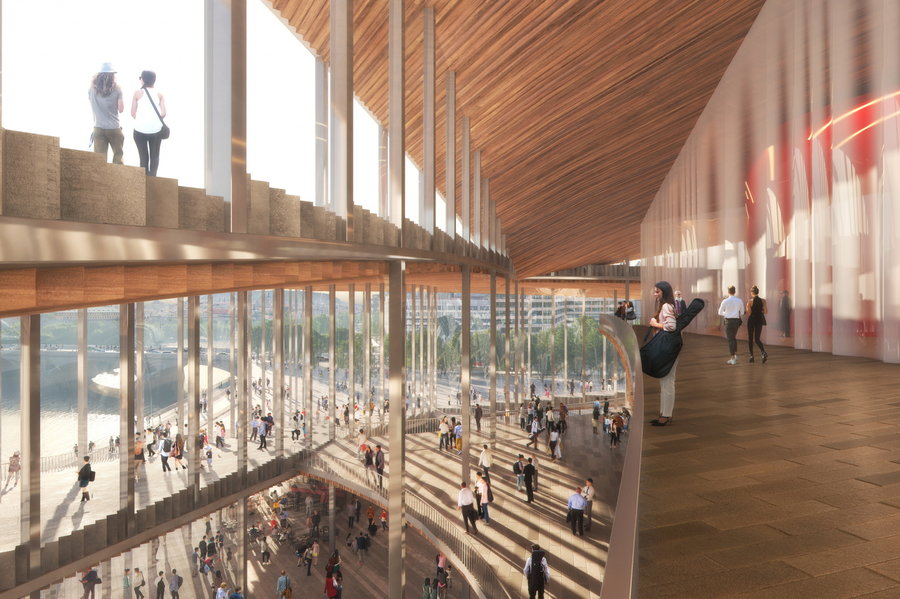 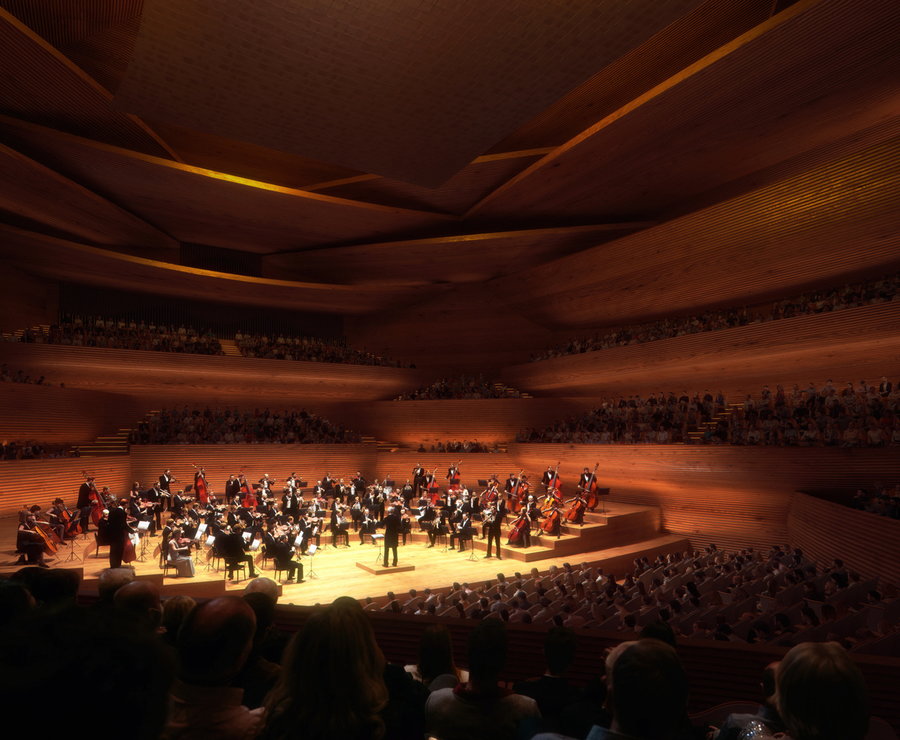 Concert goers and other visitors can use the walkable rooflines to climb up the building’s exterior to reach a future rooftop café. Inside the building, three separate performance halls will serve as the home base for both the Prague Symphony Orchestra and the Czech Philharmonic. The concert hall will also house the music archives of Prague’s Municipal Library on one floor. 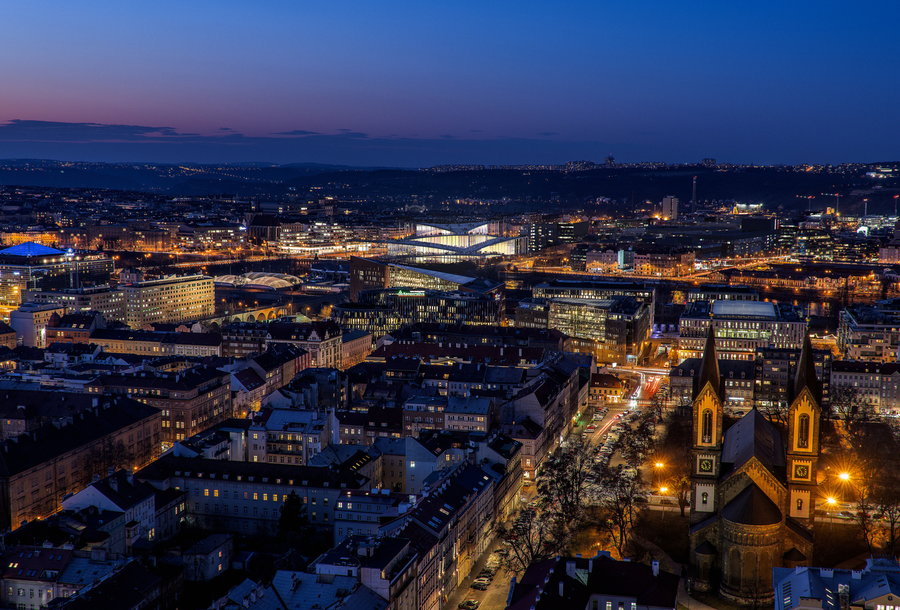 “The Vltava Philharmonic Hall is composed as a meandering journey from riverbank to rooftop,” explains BIG founder and partner Bjarke Ingels. “Public flows and belvedere plazas unite the city life of Prague to the music within…Expressive yet pragmatic, the new Philharmonic will ascend to form a key landmark for Prague from river to roof.” 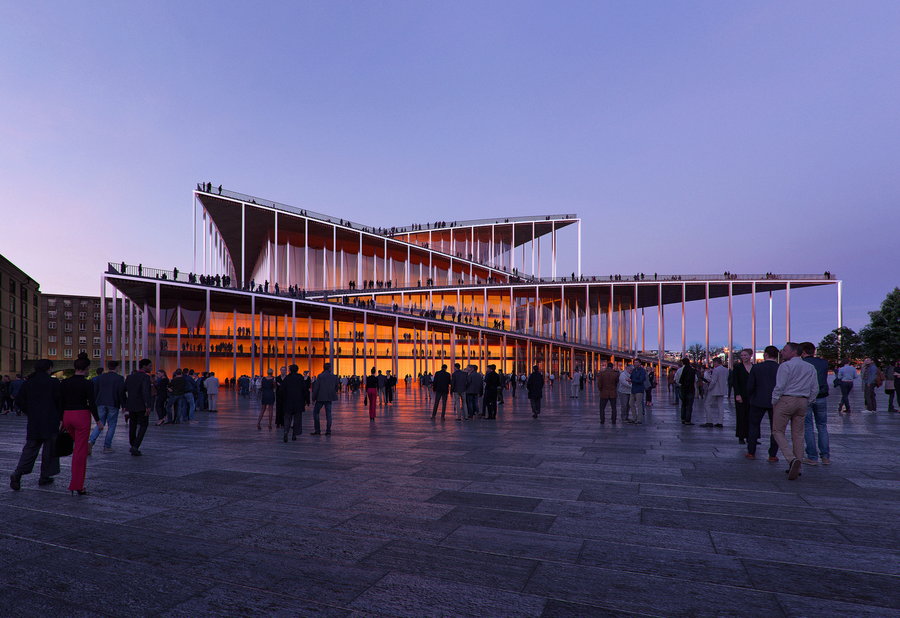 Ingels founded BIG in Copenhagen in 2005 and has since expanded its offices to London, New York, Barcelona, and Shenzhen. The firm’s team of architects, designers, and engineers have become famous for their innovative designs and technologies, like the Amager Bakke in Copenhagen, a cutting-edge power waste-to-energy site that doubles as a recreational ski slope. Their current projects include a metaverse space for media company VICE, a new “folding” neuroscience research center in Aarhus, and $600 million film studio for Robert de Niro in New York.