These creatures may be frozen in time, rendered in a painterly abstracted style that separates them from a sense of reality, but they still feel like they could come alive and spring into action at any moment. That’s a mark of true talent in artist Beth Cavener, who infuses her creations with raw human emotion and psychology despite their animal forms. 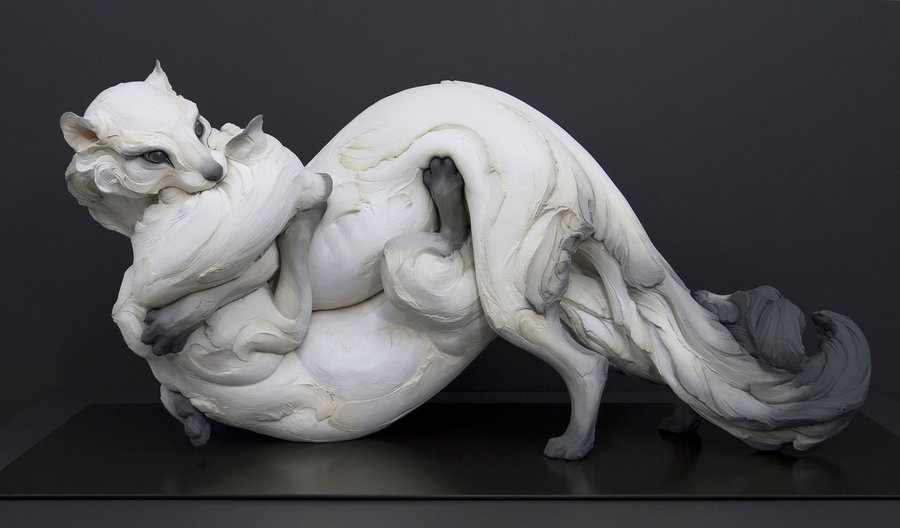 If there’s something about these sculptures that makes you a little uncomfortable, that’s because Cavener designed them that way. Proving she’s adept at written communication as well as visual, she explains exactly how she subverts primitive animal instincts to infuse her wild subjects with meaning that humans can connect to.

“On the surface, these figures are simply feral and domestic individuals suspended in a moment of tension,” says Cavener in her artist statement. “Beneath the surface, they embody the consequences of human fear, apathy, aggression, and misunderstanding. Both human and animal interactions show patterns of intricate, subliminal gestures that betray intent and motivation. The things we leave unsaid are far more important than the words spoken out loud to one another. I have learned to read meaning in the subtler signs; a look, the way one holds one’s hands, the incline of the head, and the slightest unconscious gesture.”

“I rely on animal body language in my work as a metaphor for these underlying patterns, transforming the animal subjects into human psychological portraits I want to pry at those uncomfortable, awkward edges between animal and human. Entangled in their own internal and external struggles, the figures express frustration for the human tendency towards cruelty and lack of understanding. Something conscious and knowing is captured in their gestures and expressions. An invitation and a rebuke.” 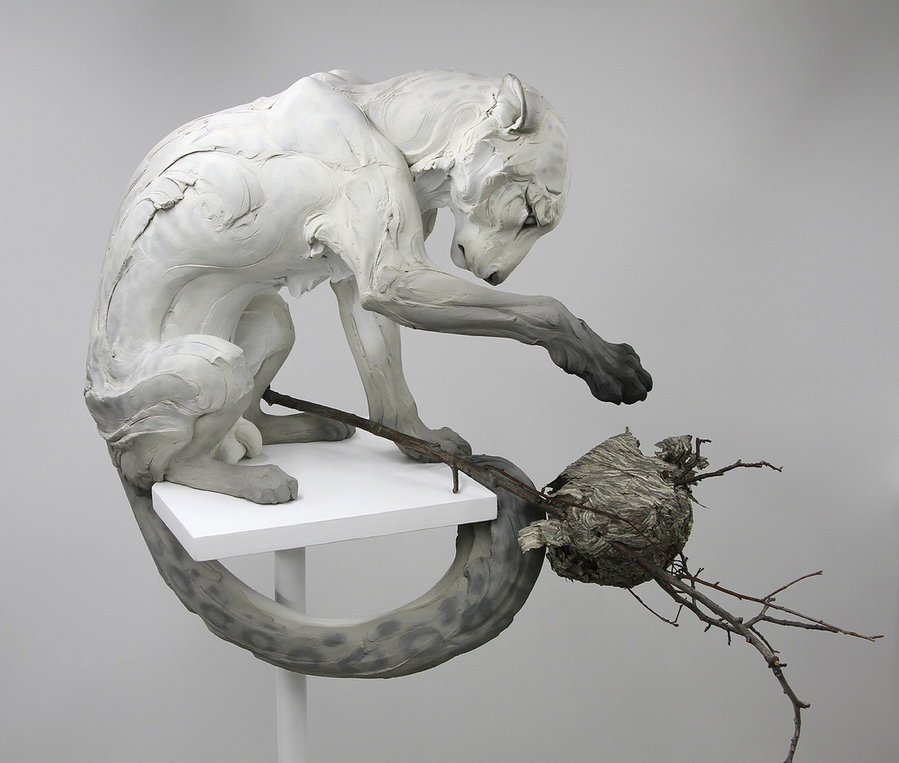 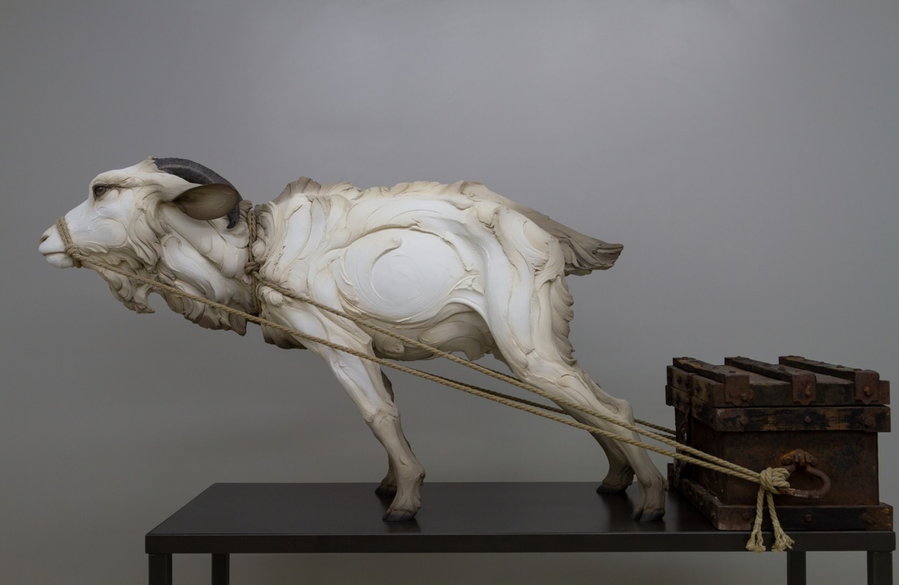 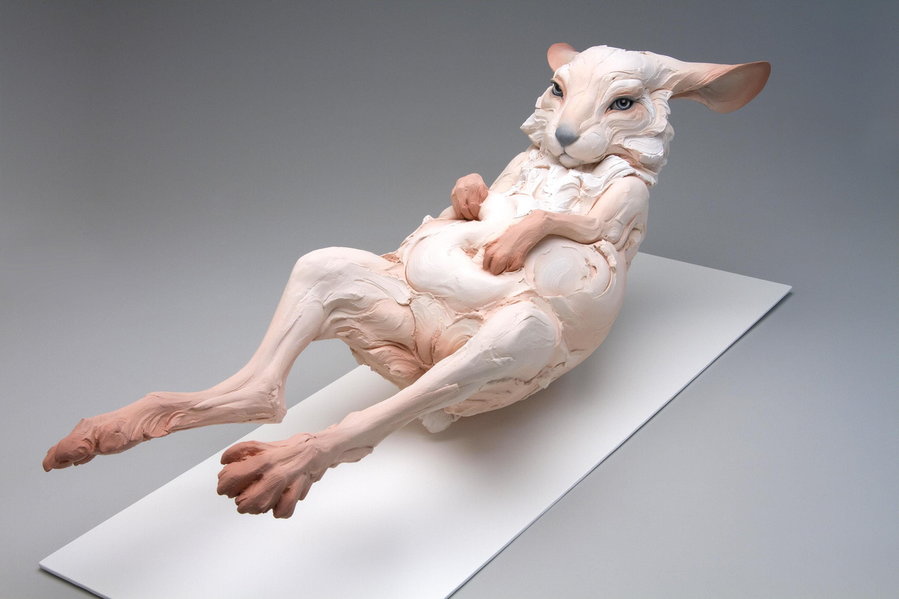 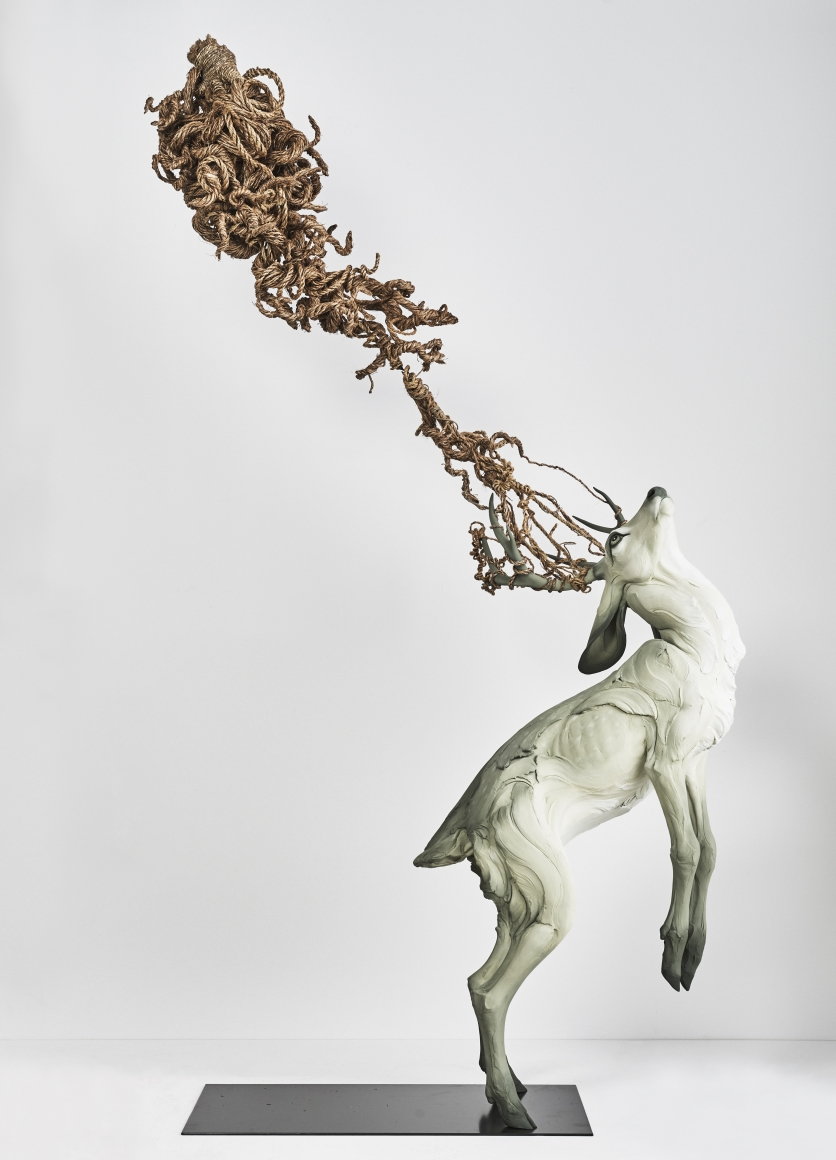 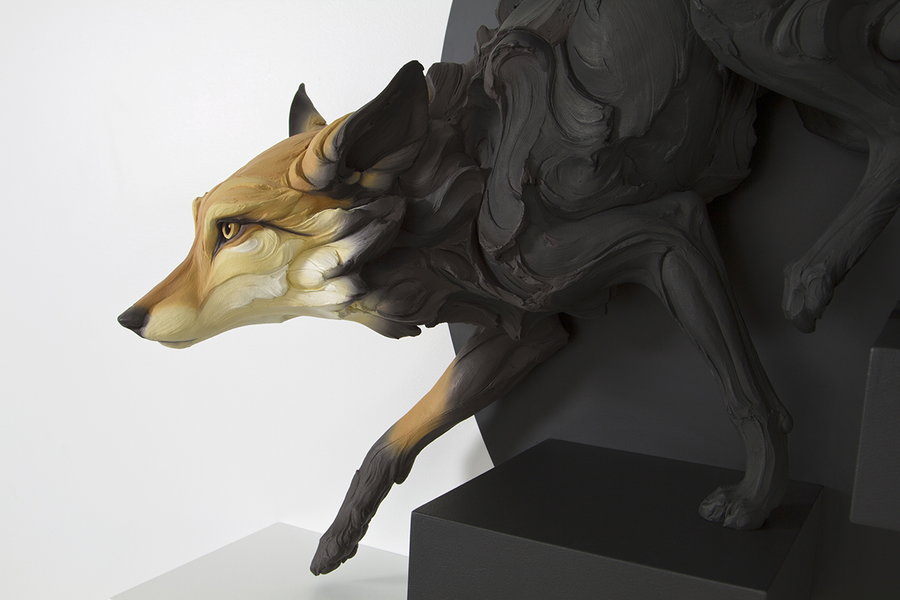 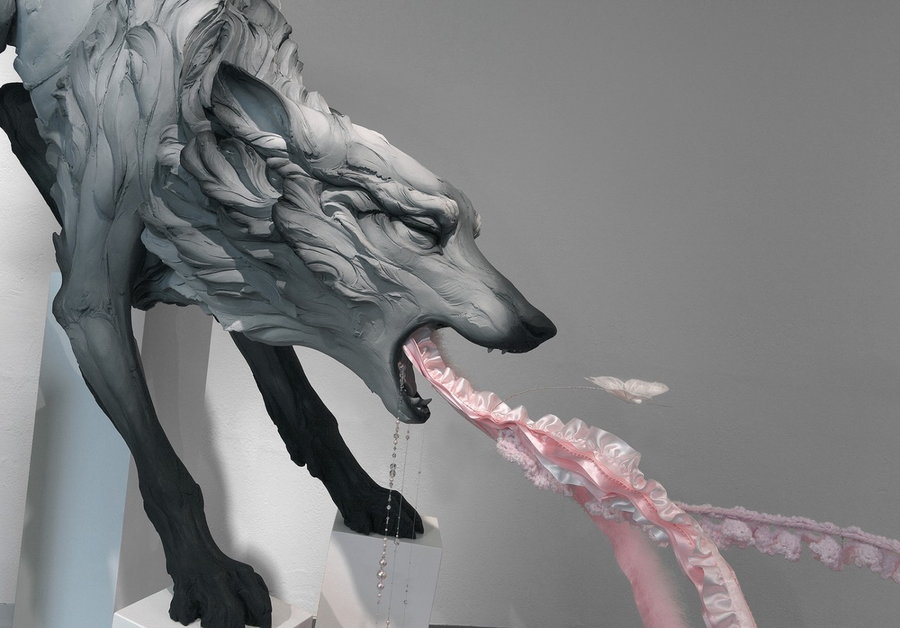 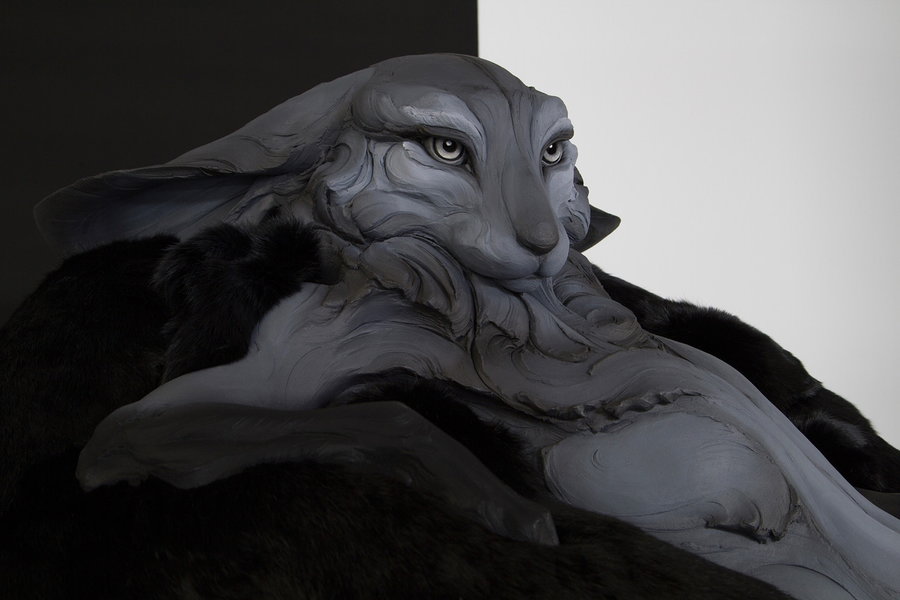 Cavener’s process is just as unique as her emotional approach to her art. She starts each new body of work by writing about her ideas and creating 20 or more thumbnail sketches and 3D models of the main characters, all revolving around a central theme for an exhibition. The creatures are custom designed for the space they’ll be inhabiting, too, influenced by these unnatural built environments and their architectural details.

The sculptures begin as pipe and dowel armatures, to which the Montana-based artist then adds clay. Suddenly, her foxes, hares, goats, wolves, and other creatures come into physical form, their fur consisting of impressionistic daubs and swirls. She refers to her many preliminary sketches, models, and Photoshop renderings of the exhibition space as she works, always considering how they will interact with each other, their setting, and the viewer. 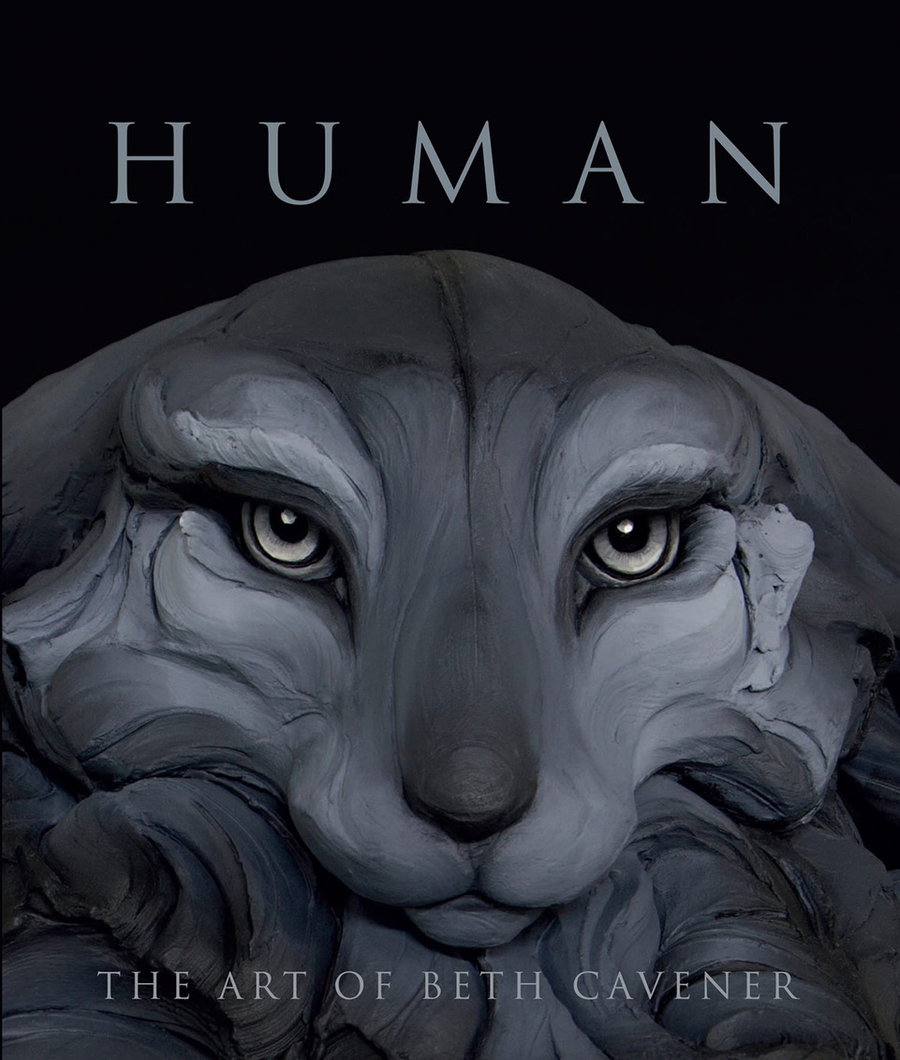 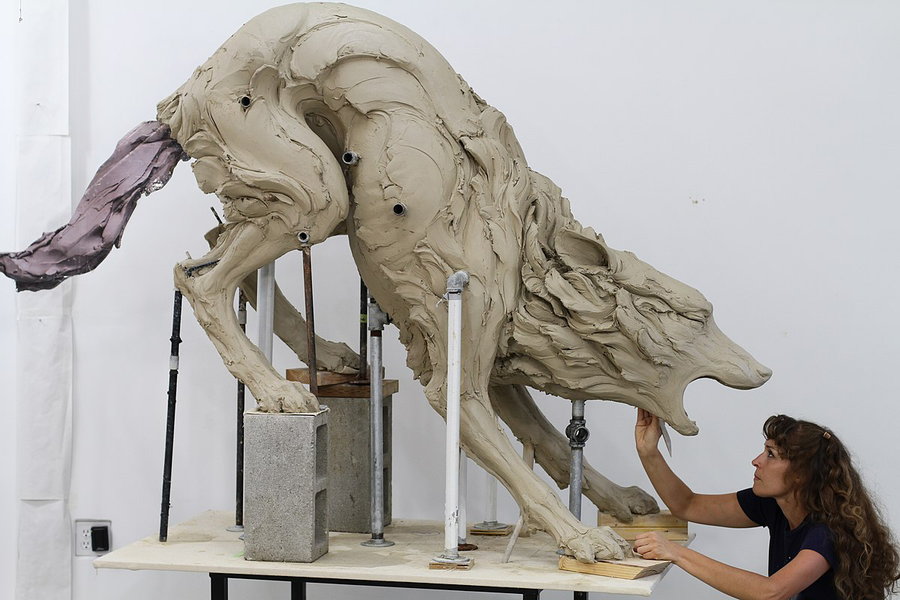 In Human, Cavener’s new book examining nearly two decades of her work, she reveals her experimentations with unusual materials like smoke, black sand, and crystallized sugar to give her sculptures a sense of depth, texture, or shimmer. In some cases, the clay interacts with unexpected media like jewelry, textile, and natural found objects like wasp’s nests.

Human is a luminous and absorbing way to take in Cavener’s work, and you can purchase it on her website, where she has also catalogued most of her creations along with additional details about her methods.