On July 20th, billionaire Amazon founder Jeff Bezos launched into space on the first crewed mission of his spaceflight company Blue Origin. The crew consisted of Bezos, 57, who founded the company back in 2000; his brother Mark, 53; Dutch 18-year-old Oliver Daemen, the company’s first paying customer and youngest person to ever reach space; and 82-year-old aviator Wally Funk, the oldest person to do the same. Carried by the New Shepard, an autonomous rocket-capsule combo, the crew lifted off from Blue Origin’s Launch Site One near Van Horn, Texas at 9:11 am EDT, traveled 62 miles over Earth’s sea level beyond the planet’s atmosphere and landed just over ten minutes later. 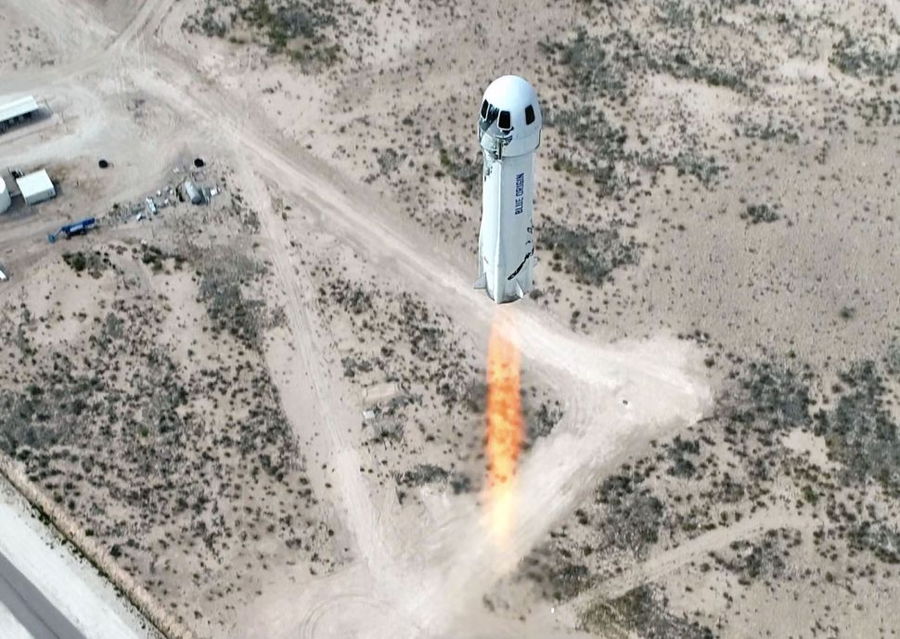 The event represented the third flight of the fourth New Shepard vehicle, known as RSS Next Step, which previously few uncrewed test missions. The date, July 20th, was chosen because it’s the 52nd anniversary of the Apollo 11 moon landing, which was Bezos’ primary inspiration for his dreams of space flight. The crew brought a piece of canvas from the plane that the Wright Brothers flew for the first time in 1903 onboard, along with a medallion from the first hot air ballon flight in 1783, and a pair of goggles that belonged to Amelia Earhart.

Check out some of best photos from today’s historic #NSFirstHumanFlight pic.twitter.com/aqQg0gzxi4

Passenger Wally Funk is one of the Mercury 13 women who successfully passed NASA’s physiological screening tests for space flight in the 1960s and 70s but were never actually considered as astronauts. Also known as the First Lady Astronaut Trainees, or FLATs, the group even included a few women who outperformed some Mercury 7 astronauts on the final tests. Unfortunately, the privately funded FLATs program was canceled in 1962.

Just four days before liftoff, physics student Oliver Daemen took the place of the anonymous person who won an auction for the final seat on the RSS Next Step for $28 million, who reportedly had scheduling conflicts. The Dutch teen made headlines this week for telling Bezos he’s never bought anything from Amazon in his life. “We didn’t pay even close to $28 million, but they chose me because I was the youngest and I was also a pilot and I also knew quite a lot about it already,” Daemen told The Independent. 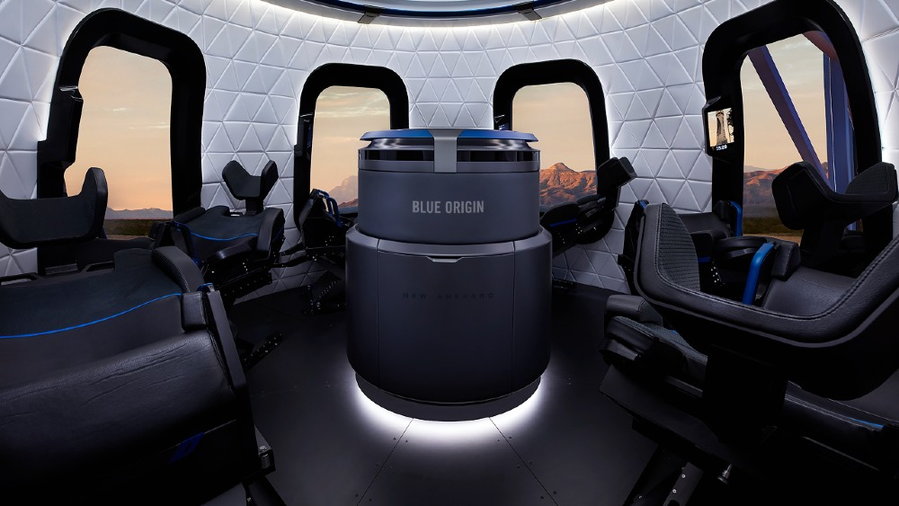 Bezos was the second billionaire to fly into space in less than two weeks, with Virgin Group founder Richard Branson beating him to the punch on July 11th aboard the first fully crewed flight of the VSS Unity space plane, itself operated by British company Virgin Galactic. Blue Origin and Virgin Galactic are two of the biggest companies vying for the commercial space travel market, along with Boeing, defense contractor Dynetics, and SpaceX. Although Blue Origin won a contract from NASA’s Commercial Crew Program in 2010 to develop a private American astronaut taxi, NASA ultimately went with SpaceX’s Crew Dragon.

That could change, however, now that Bezos has offered NASA $2 billion USD if they reverse the decision and choose Blue Origin instead. “Blue Origin will bridge the [Human Landing System] budgetary funding shortfall by waiving all payments in the current and next two government fiscal years up to $2 billion to get the program back on track right now,” he wrote in an open letter to NASA administrator Bill Nelson, adding that Blue Origin would accept a fixed-price contract and cover any development cost overruns. NASA declined to comment. 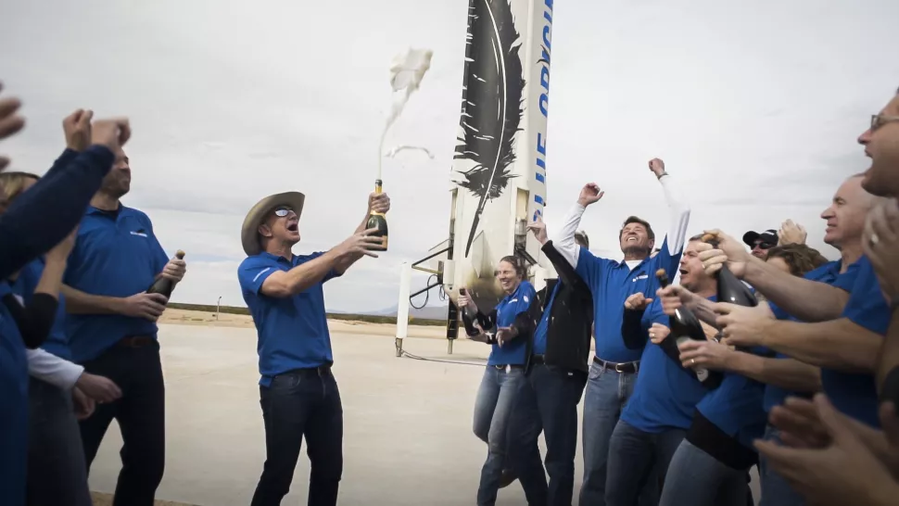 Of course, Bezos’ Blue Origin flight wasn’t without its (many) controversies. Critics have pointed out that the entirely white and wealthy crew isn’t exactly a nuanced way to represent humankind on such a monumental mission, and that the battle of billionaires like Bezos, Branson, and Elon Musk to conquer space is just another reminder of deep inequality on Earth. It didn’t exactly help that Bezos, who famously avoids paying taxes while personally netting an estimated $2,537 per second, thanked Amazon workers and customers for funding his trip.